Returning to San Fransisco next Friday for his second exhibition with Mirus Gallery, Sickboy (interviewed) will be presenting a new series of paintings and sculpture entitled Dreamworlds POV. Arrested Motion paid a visit to the Bristol-based artist’s studio, which is housed in a former Victorian church, to see what he has in store.

Sickboy’s installation at the Vanguard museum show (covered) takes viewers from a 2D painting, through a 3D sculpture and onwards to an ethereal 4D otherworld. This new body of work builds on that spatial theme and adds in a temporal exploration which creates a Minkowskian universe where space and time converge to create an independent reality. This sense of time is expressed though the use of various aesthetic elements within the large-scale paintings: a figure adrift in a boat revives Sickboy’s own character-based style from earlier in his career; the continually evolving plains of patterned surfaces from his contemporary work is strongly present throughout; while, tactile furrows created from fluorescent pink moulding paste represent new and future frontier within his practice.

Hermann Minkowski’s geometry makes parallel universes not just a possibility but a mathematical necessity. These parallel universes are mirrored within our own world by the physical and digital realms and Sickboy has explored both to produce these new paintings; imagery has been drawn by hand, imported into a computer to allow it to be manipulated further and pulled back into a physical form to be reworked further. By fluidly moving back and forth between these dimensions, the artist has been able to create disorientating spaces whose underlying sense of anxiety is only heightened by the fractured imagery being rendered in otherwise harmonious pastel shades. However, the whole exhibition is imbued with an undercurrent of optimism by virtue of two illuminated sculptures whose light radiates a euphoric sense of hope and redemption. 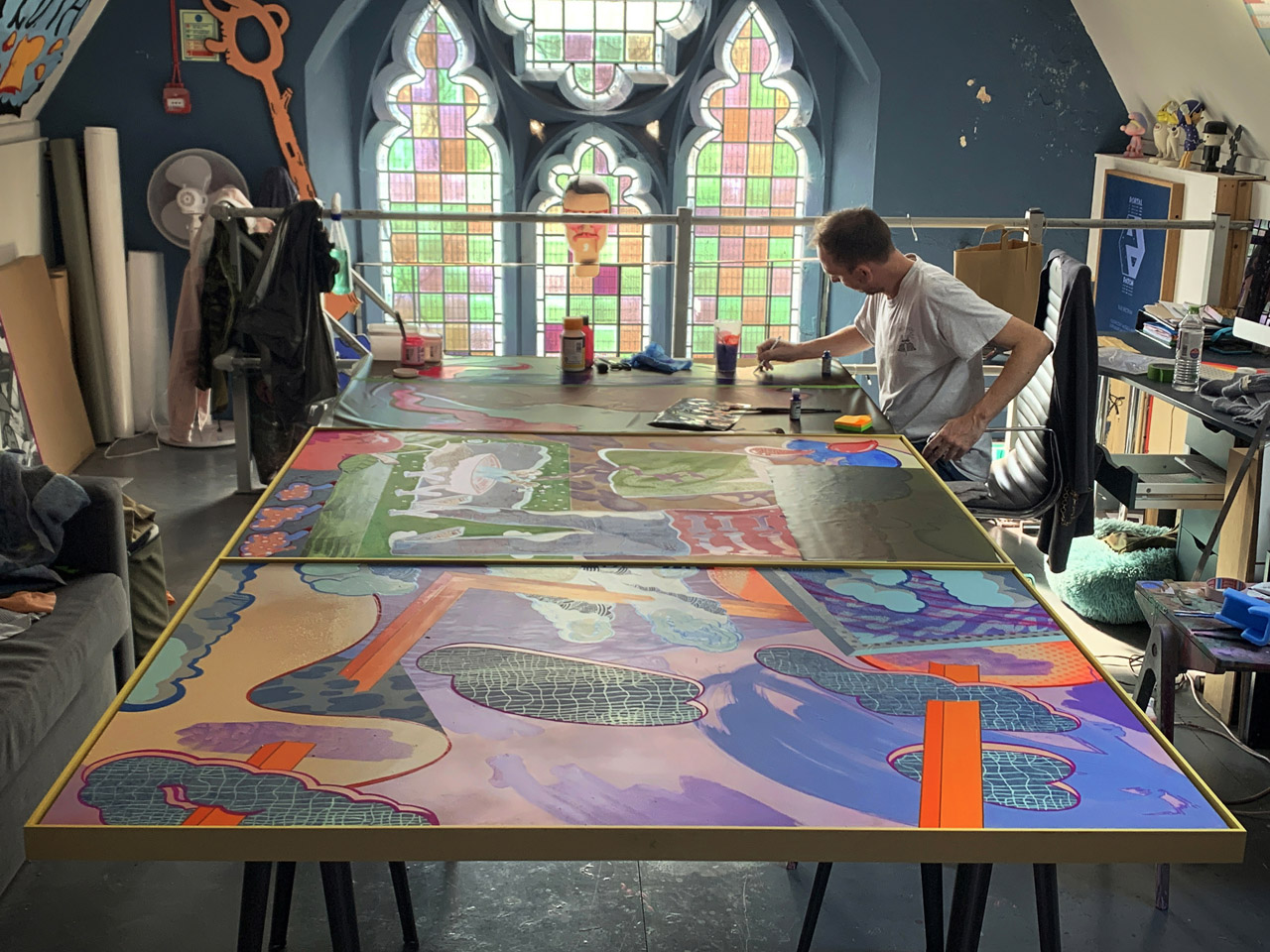 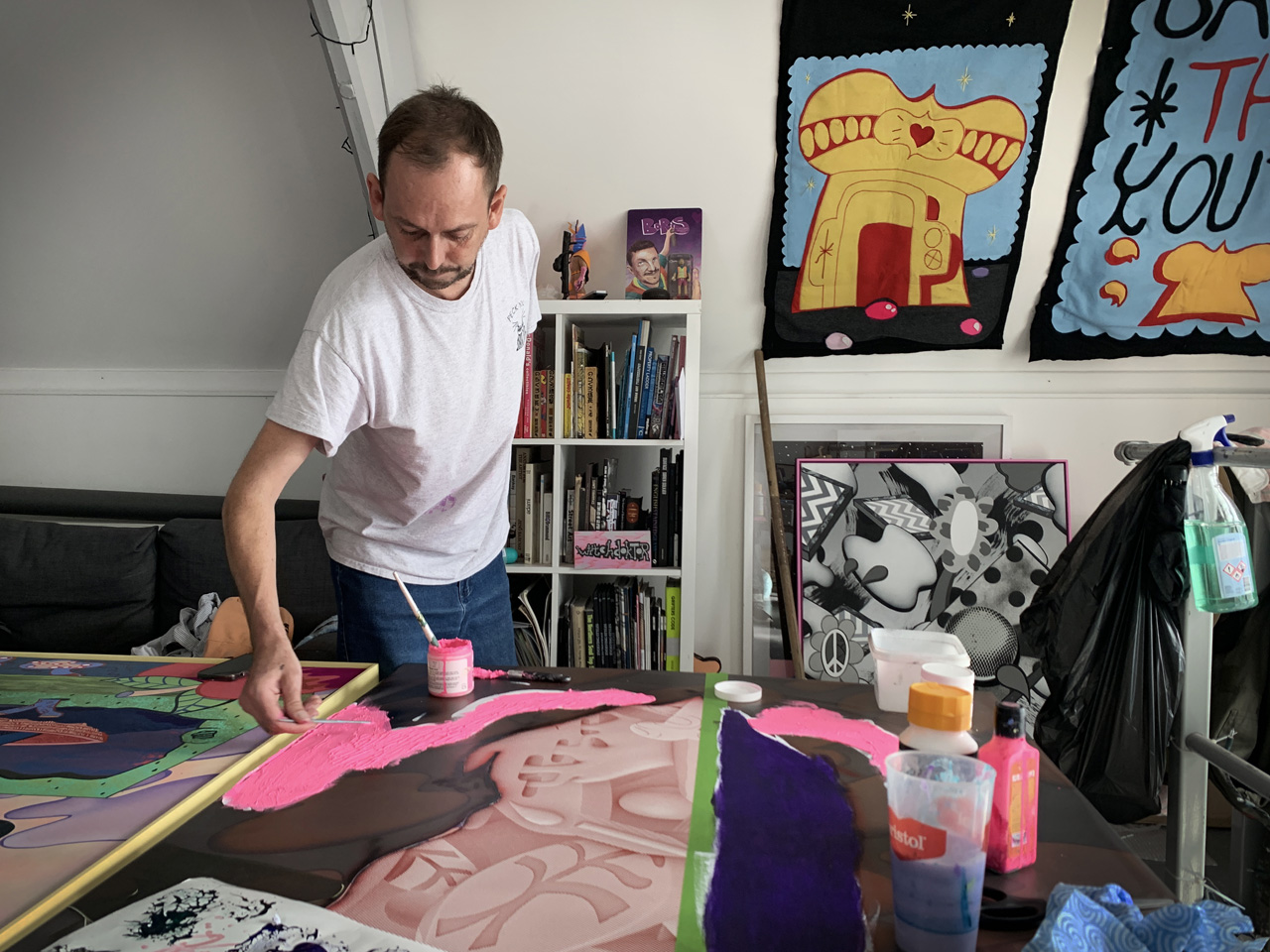 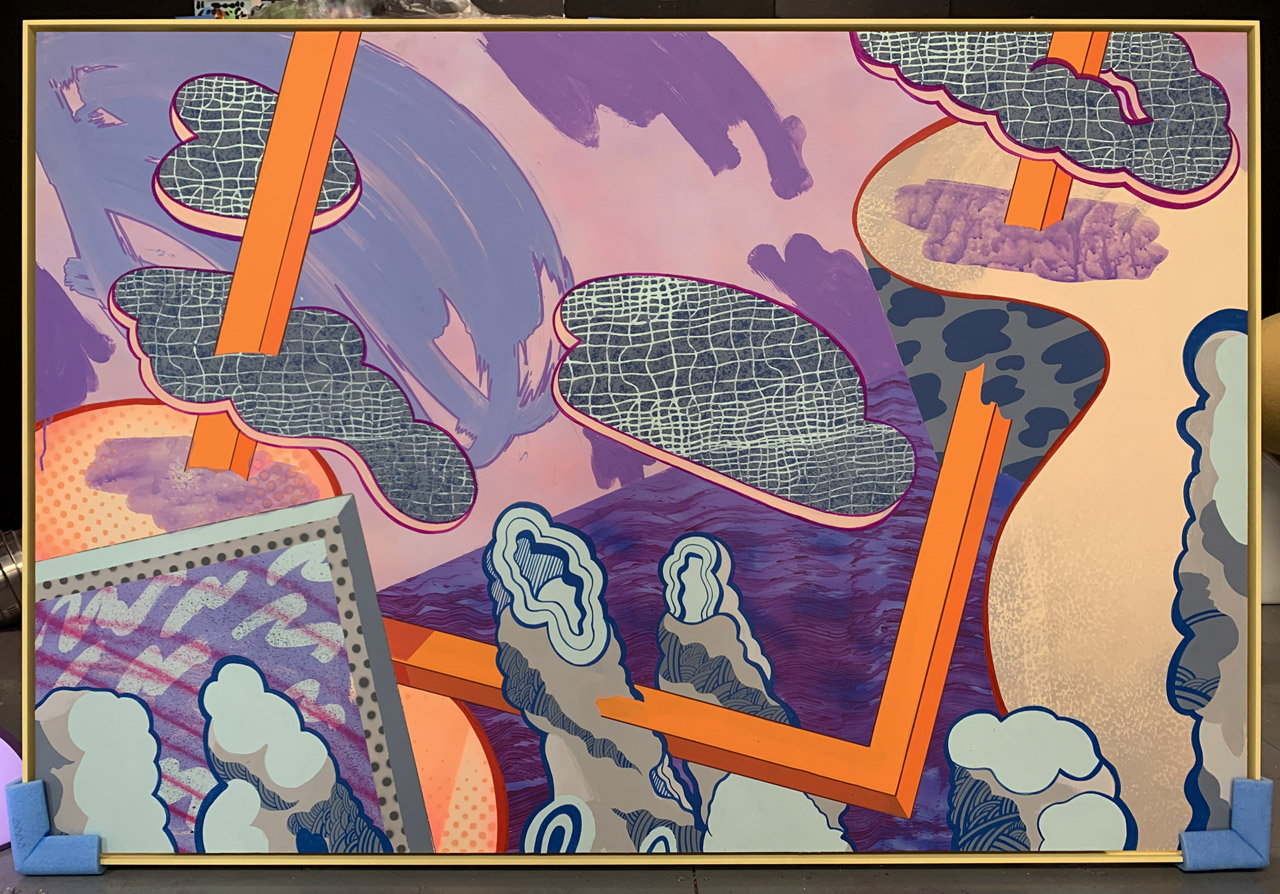 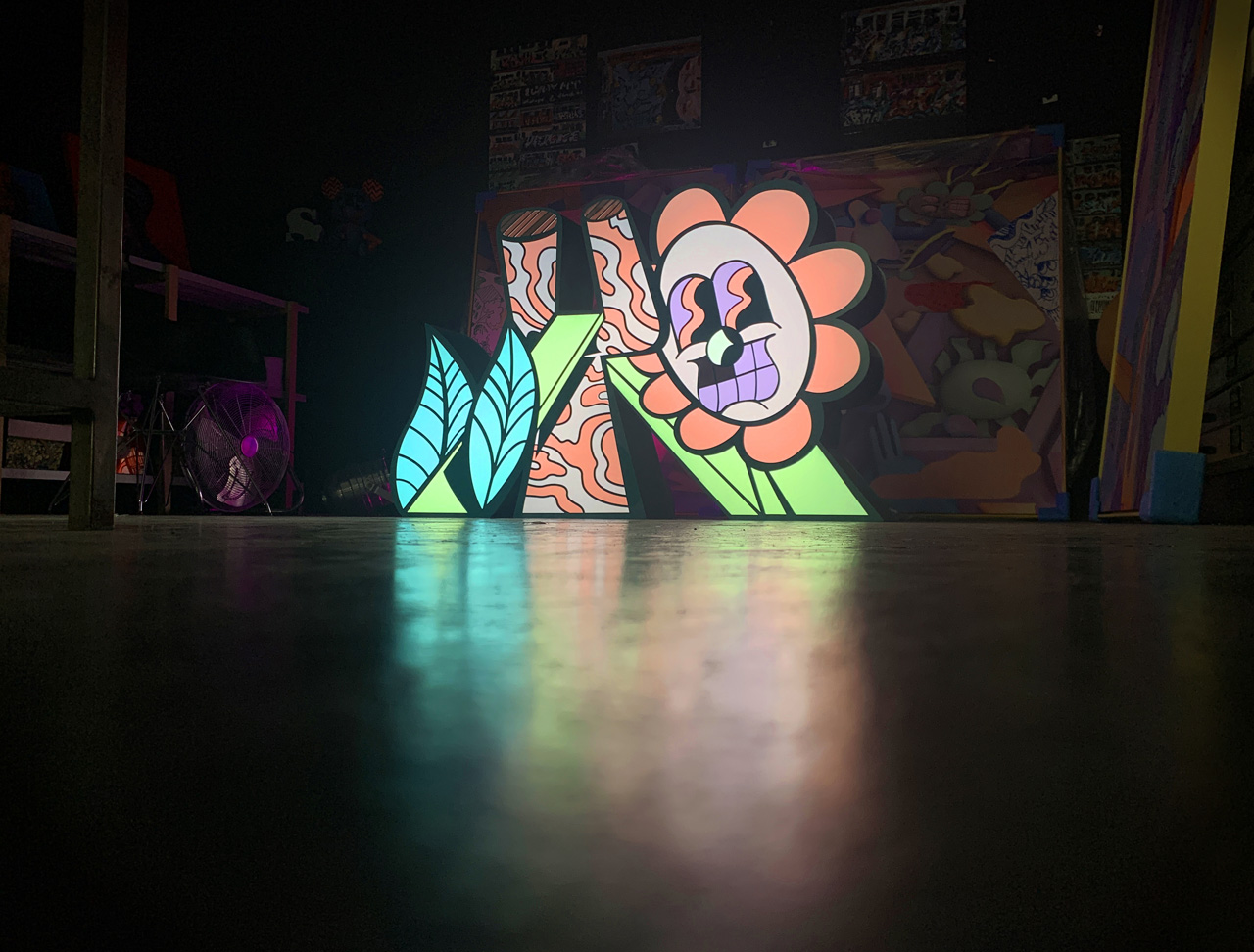 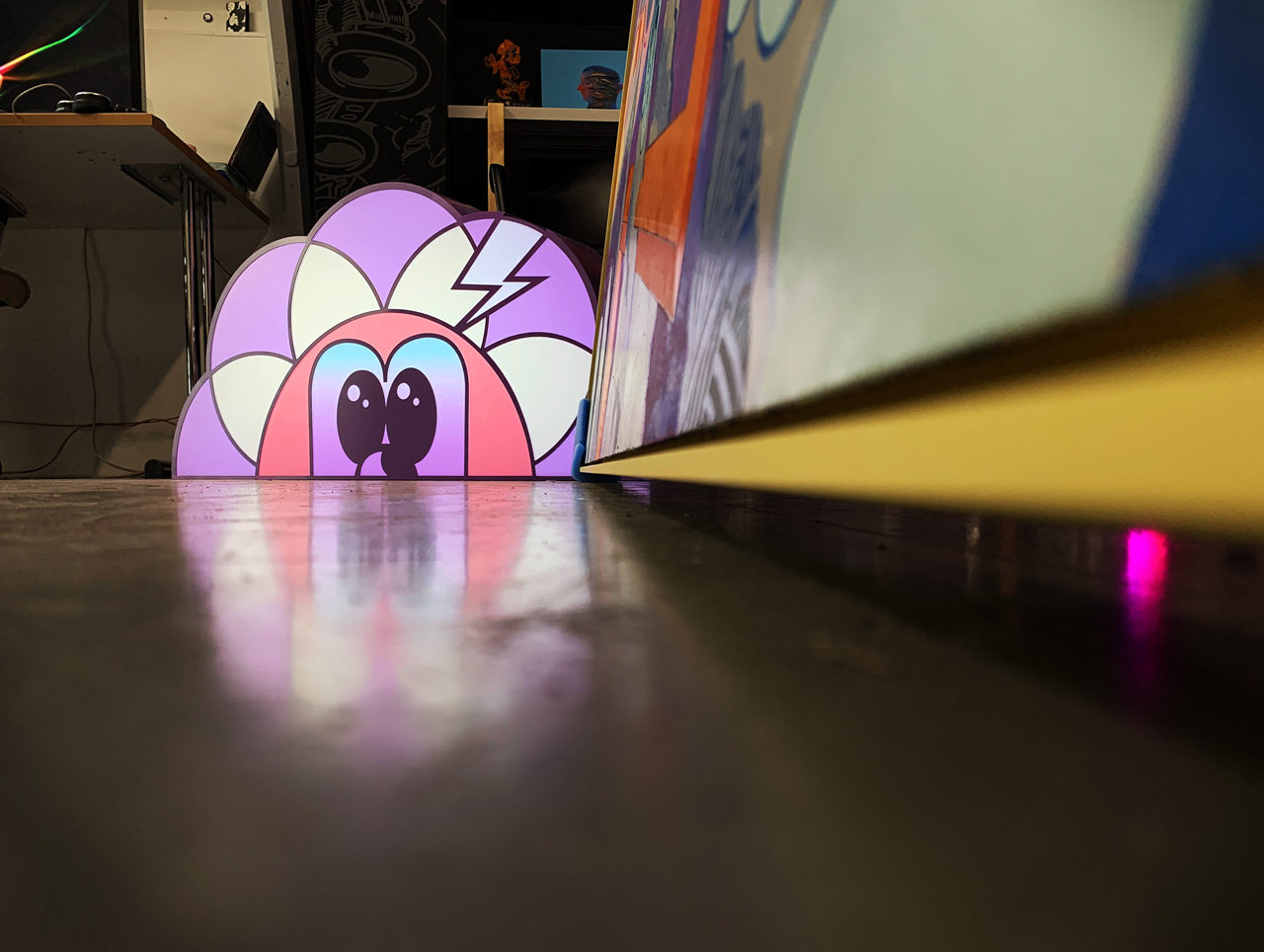 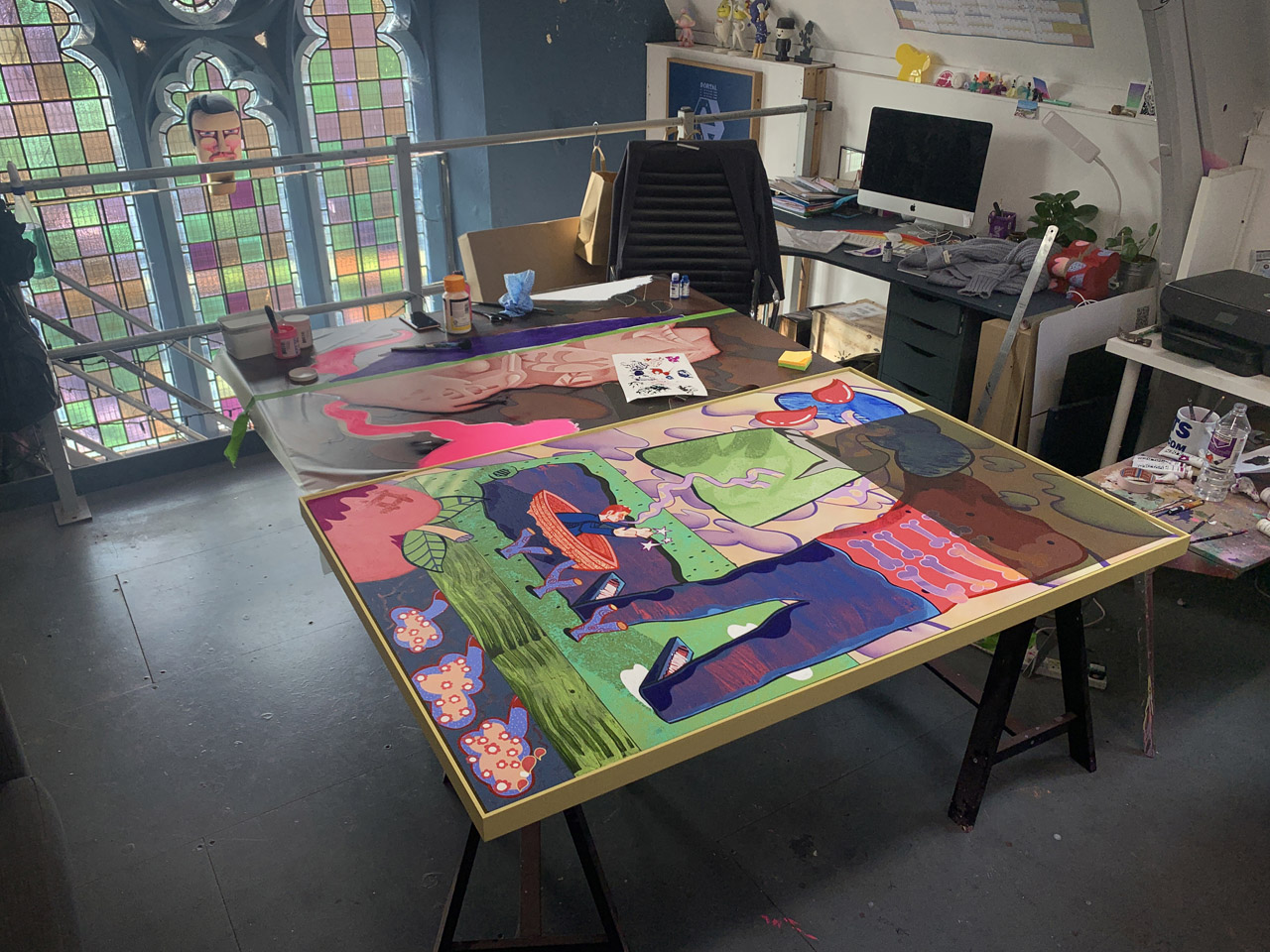 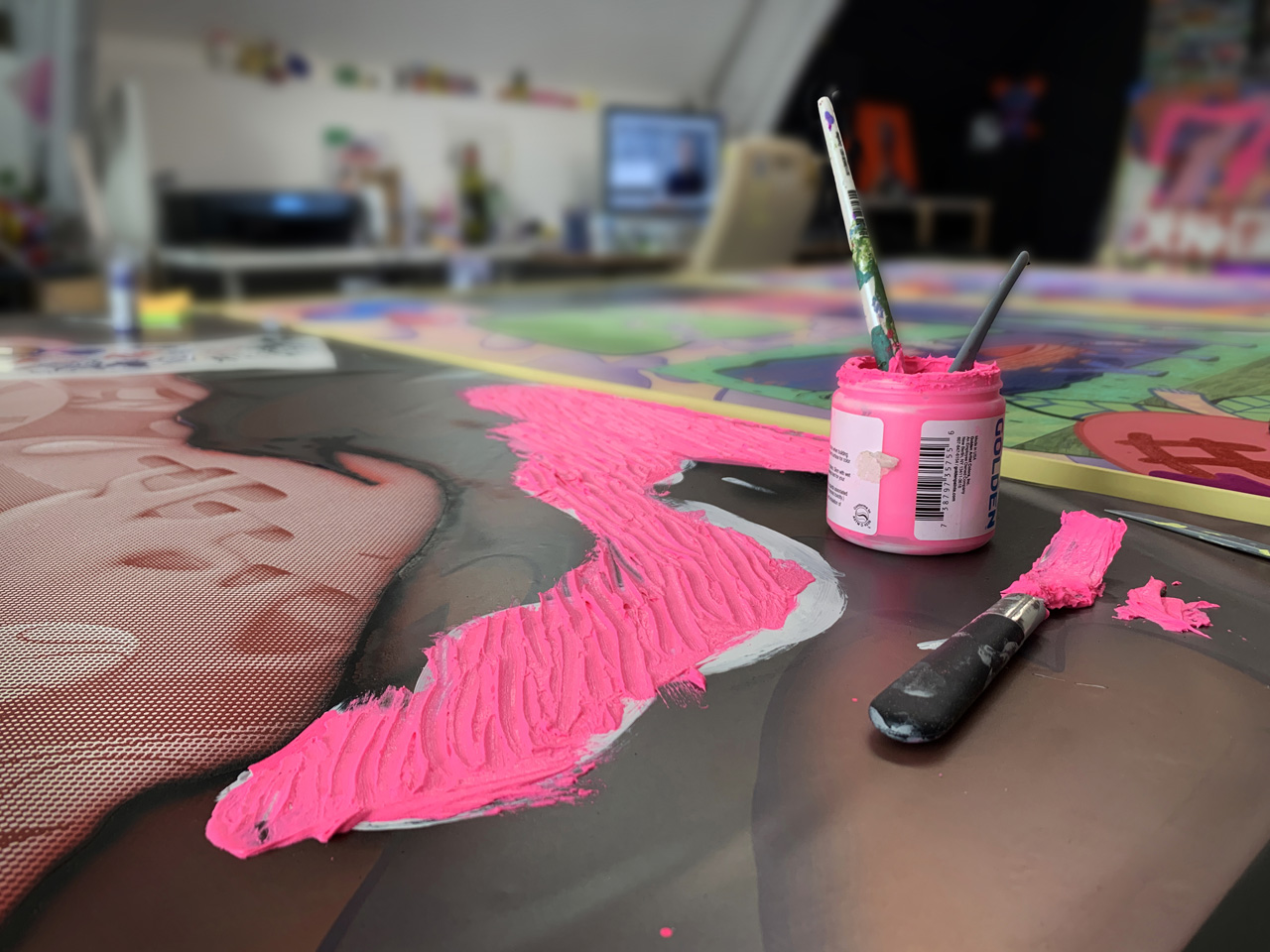 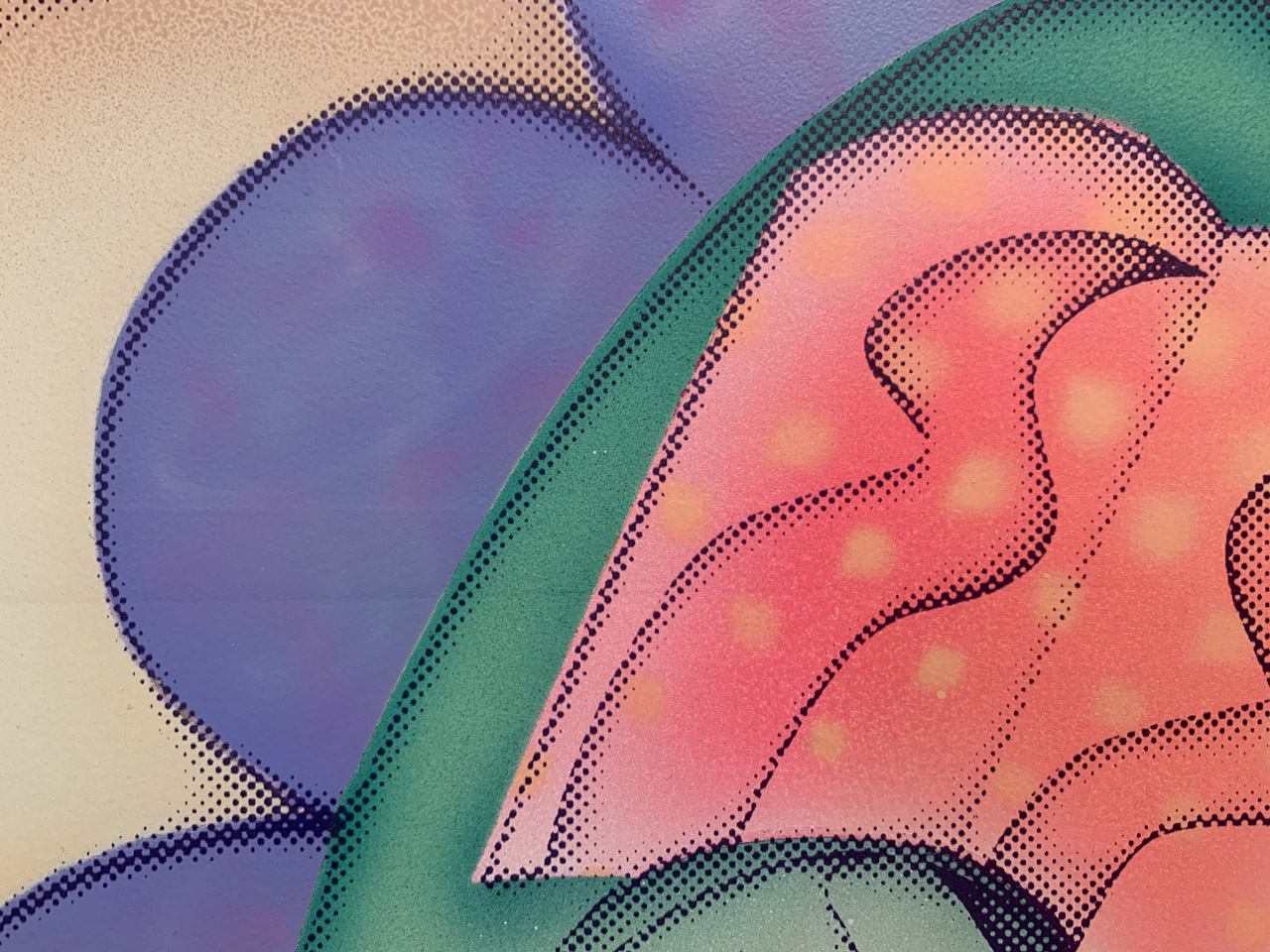