Above has posted up new video of his “Stealing from the Rich” piece that he did in Lisbon. It appears that he noticed a beggar/homeless person sitting in her usual spot next to an ATM and that must have inspired him to produce this new work. Learn a little more about the globe-trotting “Arrow Man” after the jump.

Some examples seen below of his well known work from The Sign Language Tour when he visited 26 countries in 5 months. (check the video here.) Here’s how he described the work from the tour in this recent interview:

My focus for that tour was to find a situation or atmosphere in the streets and then hang the WORD/PLAY Arrow Mobiles to either comment on or give attention to that specific situation. An easy example would be something like when I hung an arrow in Amsterdam in the Red Light District that had BLOW/JOB stenciled on the arrow, or in Barcelona HACE/SOL (Its sunny in spanish) in a busy intersection in Helsinki HONK/HORN. and on and on. The Arrow mobiles spin constantly so there is this form of silent communication used through movements exactly like SIGN LANGUAGE. 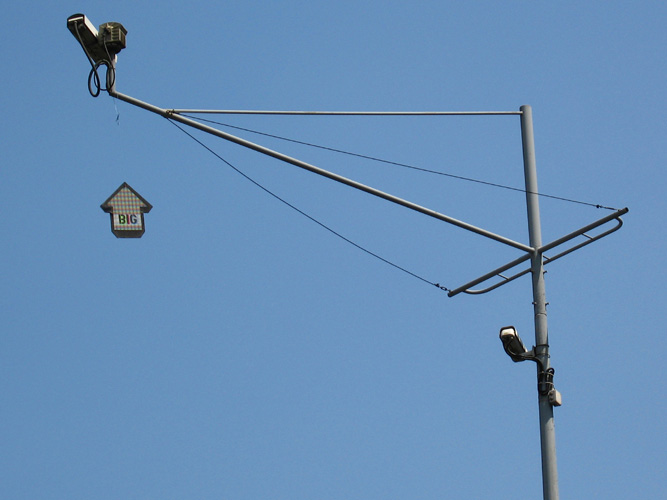 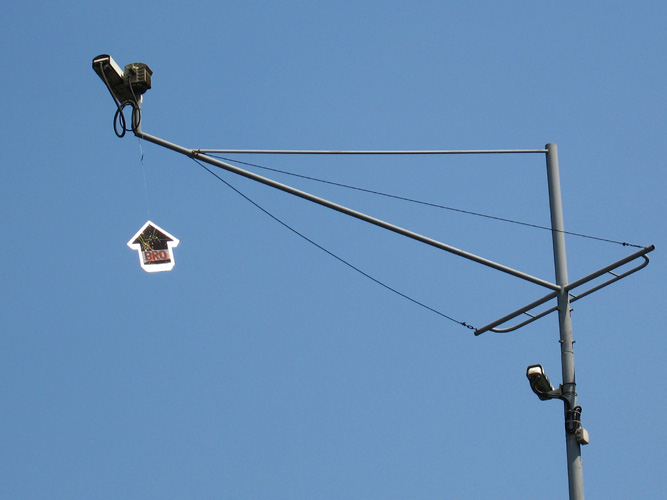 Several more examples of his work. 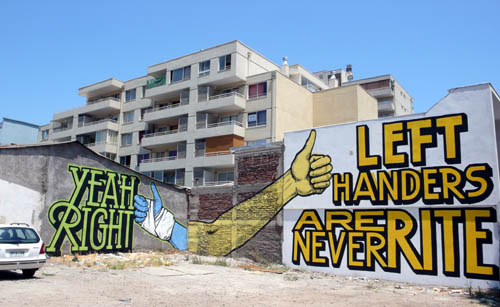 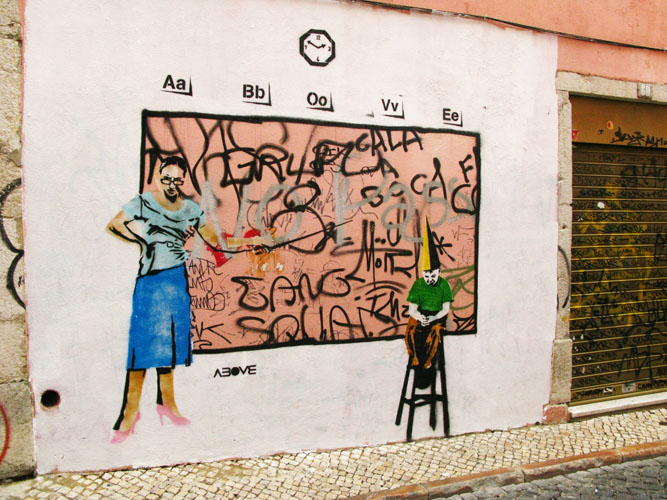 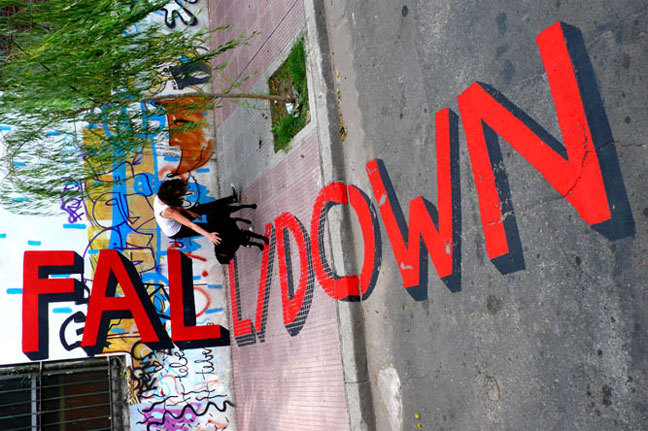 Read the rest of the interview here where he talks about his travels, background, and his philosophies.