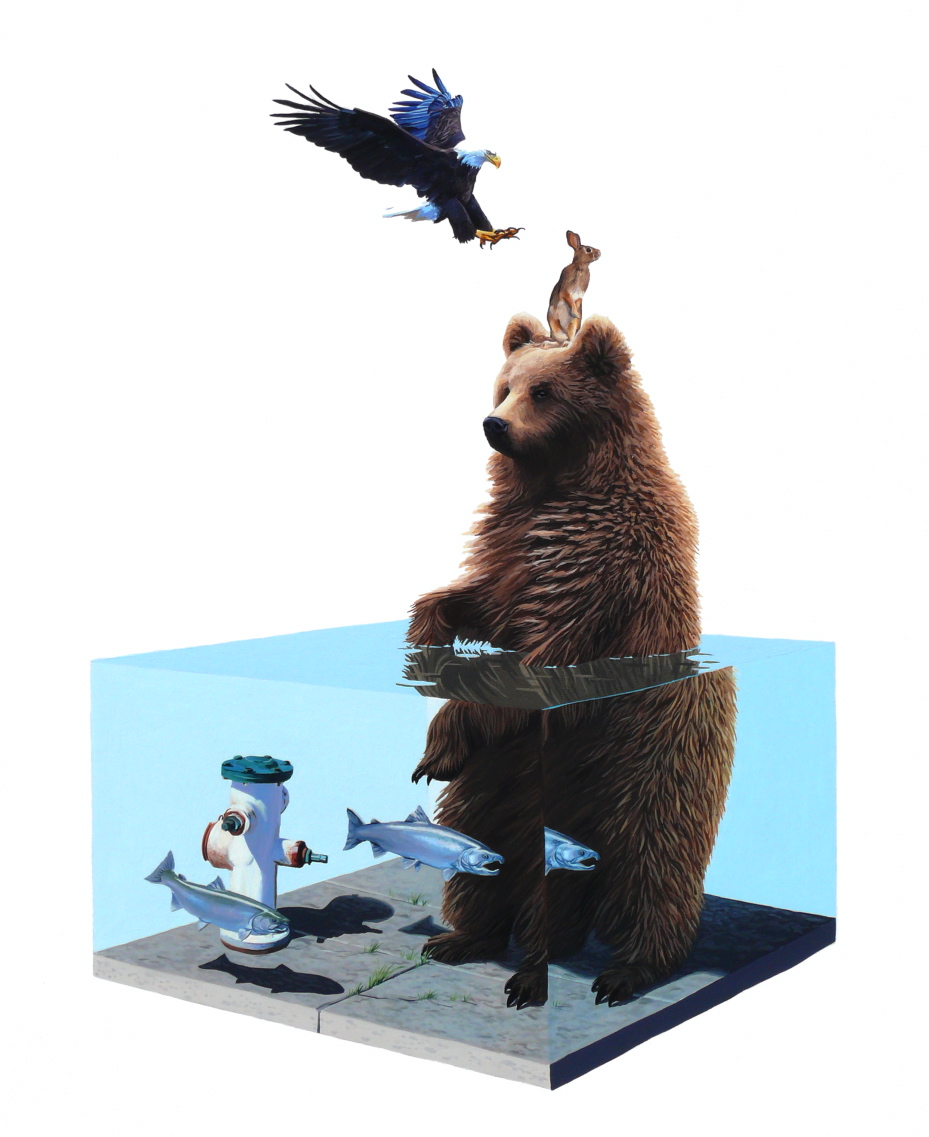 Josh Keyes posted a stunning new image up today from his upcoming show “Mist” at OKOK gallery next month. We really love the multiple levels of interactions in this piece. From the water-fire hydrant association to the predator-prey relationships of the eagle-rabbit & bear-fish, there certainly is much to think about. This is easily one of the our most anticipated shows to close out 2009 so we have been hard at work gathering as much information as we can. Josh is expected to deliver about 10-15 pieces (medium to large) and there looks to be two themes he is working on … “Totem” paintings like the one above and “Guardian” paintings like the one below. 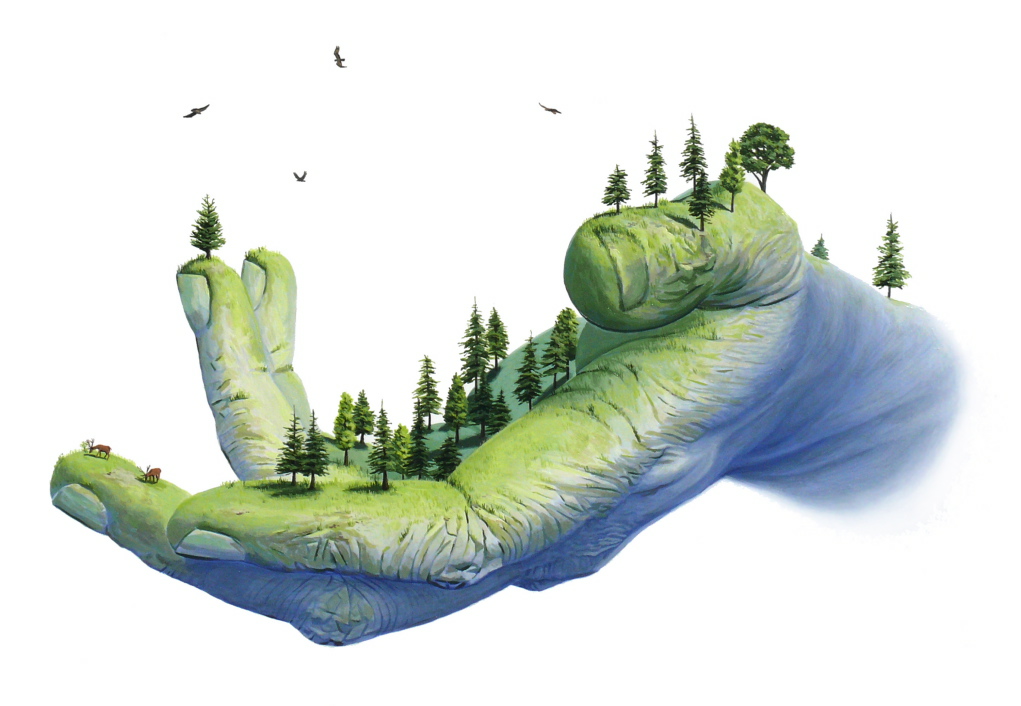 More info after the jump.

So in the words of Josh himself, here is his vision for this show.

Some of the new paintings I am working on titled “Guardian”, are branching along the idea of stewardship and conscious action. They are both a self portrait and are also intended to be a portrait of human action. Each one of us can have a positive or negative indirect effect on preserving the worlds fragile ecology. We can do this by being mindful throughout our daily routine of shopping, eating, and choice of transportation. I wanted to express a sense of empowerment and also caution and fragility, The basic idea being that the preservation of a sustainable future is in our hands.

The second part of the show will be my interpretation of the totem poles of the Pacific Northwest Indians. From my early childhood growing up in the Northwest, I have a lingering fascination of the iconography and use of animals by many of these tribes including the Haida, and Tilingit. I am also working on an installation that is related to the show title “Mist”. To me it is an ethereal piece that is slowly taking shape. Overall the show will express some familiar ideas and themes and some new strategies that I am interested in developing in future work.

His last several shows have appeared less “urban” and more “environmental.” Looking towards 2009, it looks like the next show “Sprout” will be at the David B. Smith Gallery which again sounds like he will deal with more ecological themes. While we love the new direction that Josh appears to be taken, part of us wishes he would continue to explore the juxtapositions of urban living and nature that he has worked with in the past. Perhaps the other show “Grind” at the beginning of 2010 in New York at the Jonathan Levine Gallery will see a return his depiction of the uneasy relationship between man and animal.

The last tidbit we will leave you with is this sketch that Josh gave away as part of a contest on his forum. Supposedly there are some ideas there that he was considering for this show. Would love to see the “polar bear riding the whale” concept realized as a painting but we will have to wait and see. 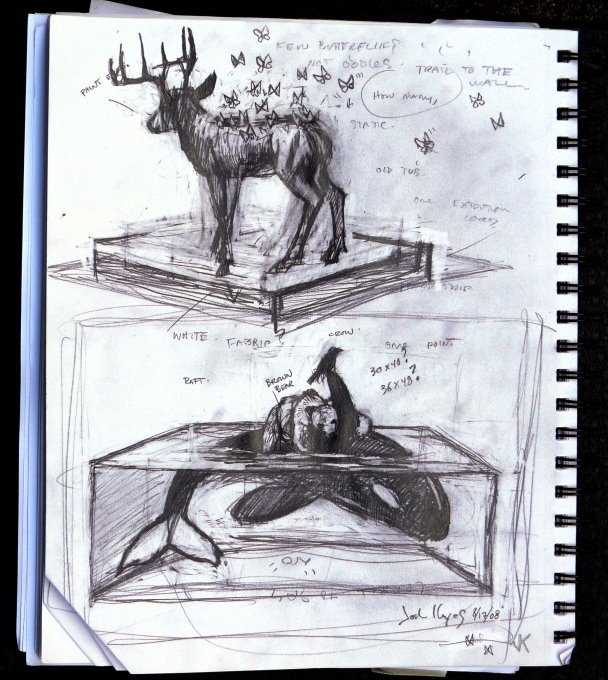