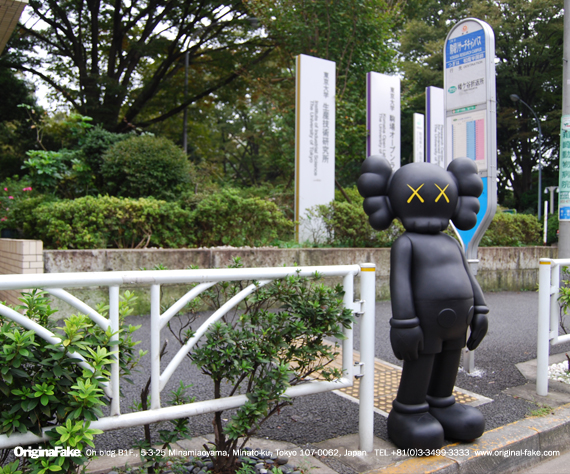 KAWS heads everywhere are on high alert after this image popped up on the Original Fake website usually signaling an imminent release (although rumors point to a xmas drop).Â  Presumably the last colorway (black) after previous releases of the original and grey figures, this might be your last chance to own a 4 footer at retail.Â  This will probably be very hard to obtain unless he increases the run size.Â  The last figure was rumored to be limited to around 50 with less than 20 sold at the Original Fake Store in Tokyo and 5-10 released on Kawsone.Â  Good Luck!