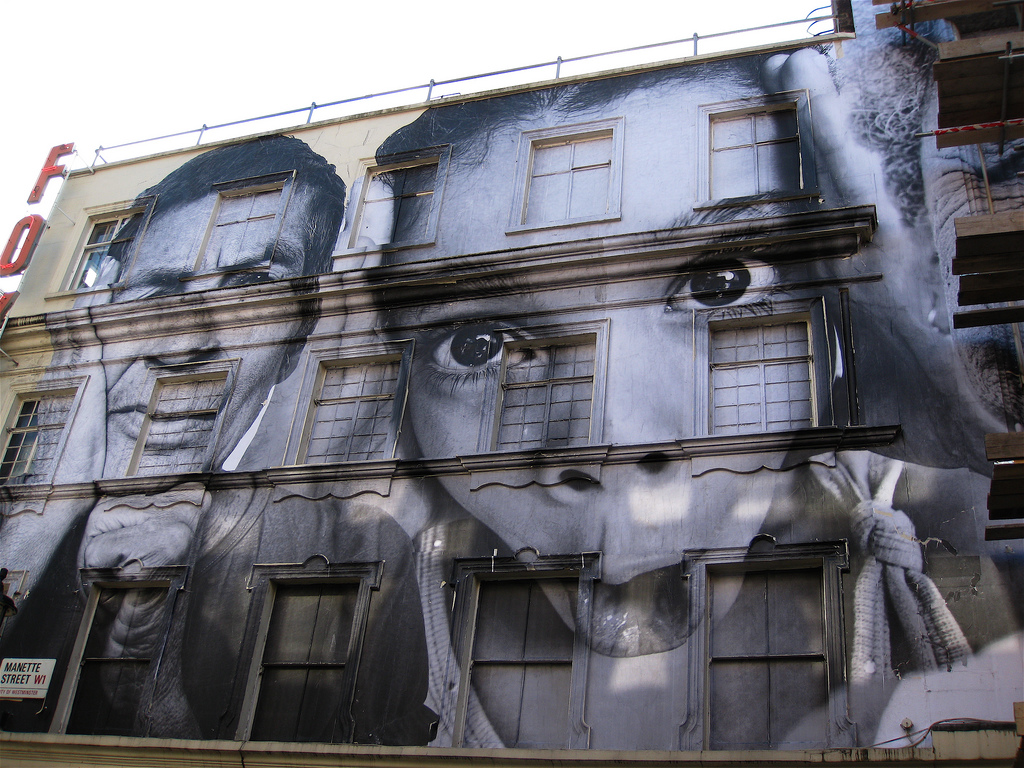 Parisian photographer & street artist JR’s distinctive work has gone up in London recently in preparation for his first solo show “28 Millimetres: WOMEN” at Lazarides (Greek Street and Charing Cross locations) on October 3rd.Â  He is known for putting large-scale black & white photographs of people up on buildings, pillars, walls, etc… As you can see, his wheat-pasting skills are phenomenal. To be able to maintain the integrity of his images over so many indentations and outcroppings is amazing and produces a stunning effect. His work is not without meaning though… For one project, JR installed portraits of ghetto inhabitants of Paris on the walls in the city centre alluding to the inequalities that lead to the recent riots. For another, he photographed Palestinians and Israelis of the same occupation (taxi drivers, cooks, etc) exhibiting similar emotions.Â  These he placed face to face on opposite sides of the security fence highlighting the similarities between the two peoples as opposed to the differences. He is now working on a project promoting women as our heroes which is presumably what this exhibit is focusing on.

See many more photos his current installations in London after the jump.