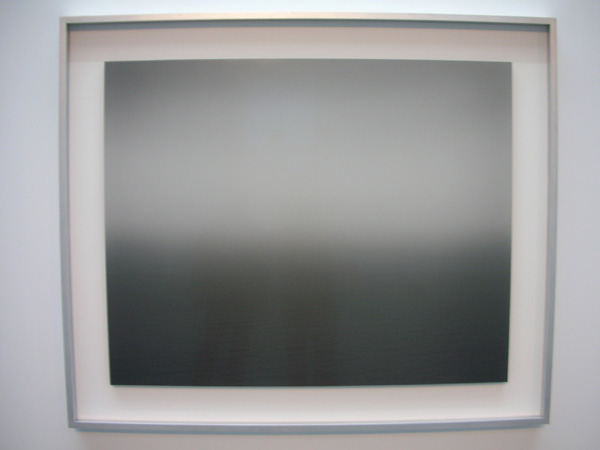 Thanksgiving is just around the corner, and AMÂ is already in a festive (read: tongue-in-cheek) mood thinking about the bountiful meal that is the main attraction of the holiday. But even with our mind turning to delicious turkey and pie, we can’t resist the cornucopia of artistic delights being generously offered this November by the galleries of New York City.

Let’s give thanks for the three-course feast for the eyes we are about to receive, after the jump. 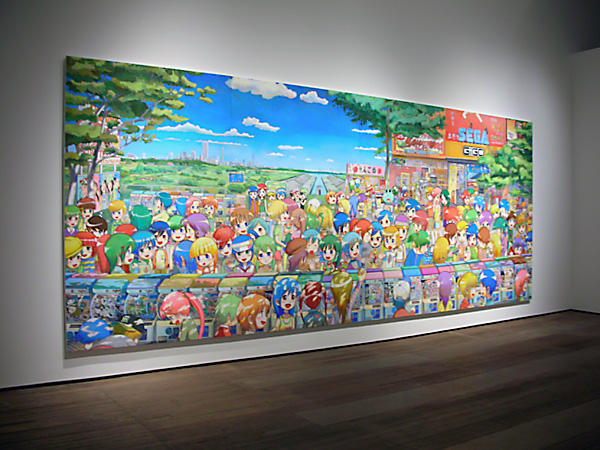 We start on the Lower East Side for a small but tasty amuse-bouche by Mr. at Lehmann Maupin. The show, entitled Nobody Dies, centers around a 35-minute, live-action film of the same name in which a group of kawaii teenage Japanese girls participates in a war-like survival game. In addition, there are several still photographs from the movie, as well as one large-scale painting, entitled As I close my eyes, I see the distant Arakawa River, the faraway sky (shown above). 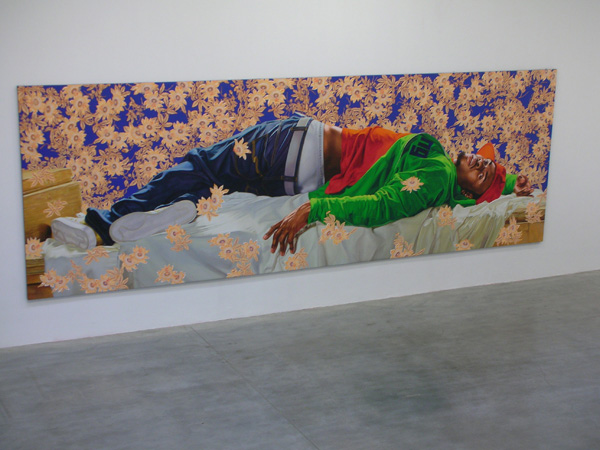 Soho serves up a hearty appetizer in the form of Kehinde Wiley’s newest show, Down, at Deitch Projects. Although AM had posted a teaser for the show before it opened, we had not had a chance to actually see the show in person until now. Suffice it to say that these works must be seen in person to fully appreciate their scale and power. Truly stunning. 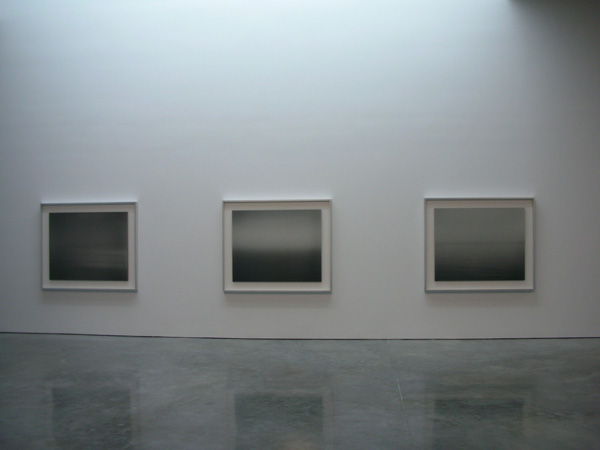 And for the main course…Chelsea, of course, where the world’s preeminent art district currently offers shows by such heavy hitters as Richard Prince, Andreas Gursky and Cindy Sherman. Our hands-down favorite, however, is 7 Days / 7 Nights by Hiroshi Sugimoto, at super-gallery Gagosian. The show is comprised of 14 of Sugimoto’s seascape photographs, half of which are displayed in normal light and the other half in darkness. Seeing the work, there is no wonder why Sugimoto commands some of the highest prices of any photographer ever. Although the images are all shots of the horizon over the water, the masterful differences in lighting and focus transforms the simple images from Ansel Adams-like realism to Mark Rothko-esque abstract expressionism to Barnett Newman-style minimalism. A must see. 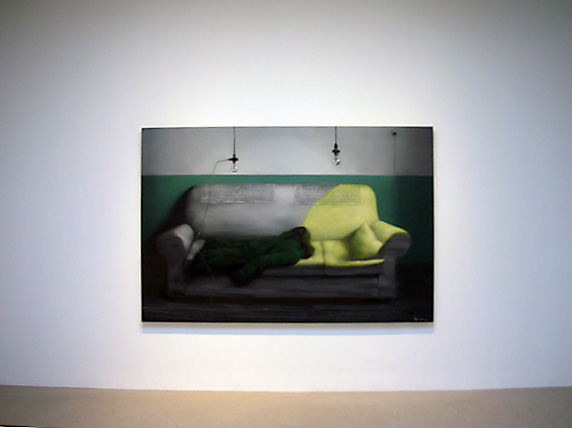 Another favorite is Zhang Xiaogang’s Revision at Pace Wildenstein. Over the past few years, Zhang has emerged as one of Chinese contemporary’s top painters. Although this current show focuses on objects such as telephones and sofas, instead of the family portraits for which Zhang is best known, the works still represent his beautiful and soft surrealist style.

And after stuffing ourselves with so much amazing art, Zhang’s couch looks like a perfect place to end this pre-Thanksgiving art feast. Hope you enjoyed yourself.