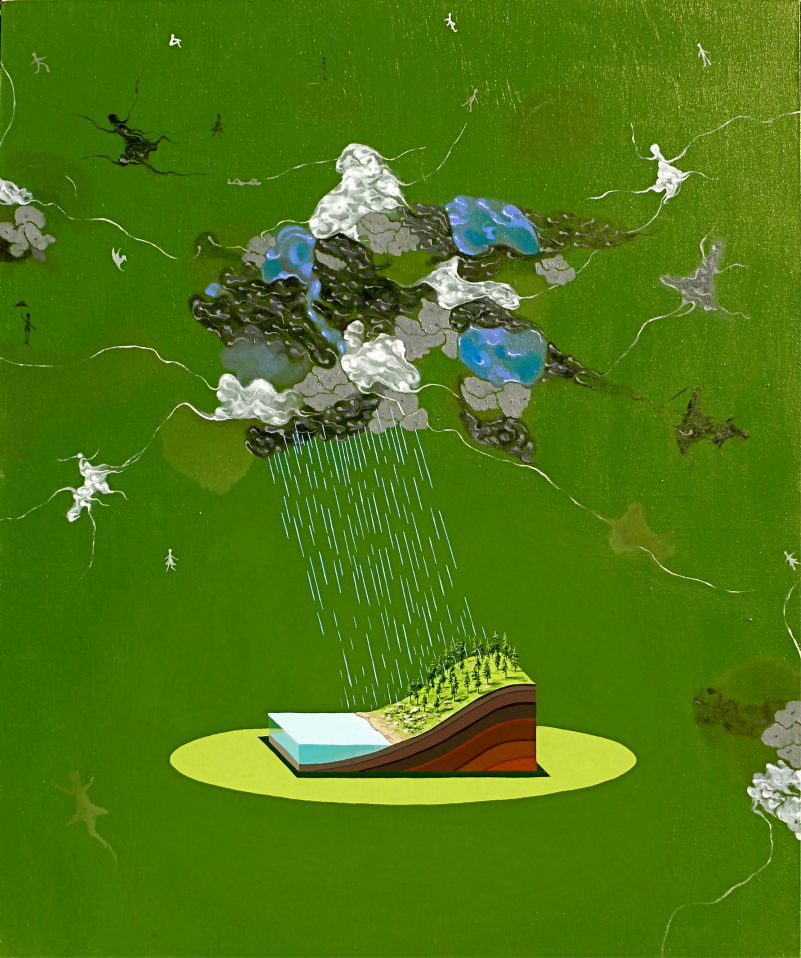 “This is China” is a show organized by Red Star Press that is opening next month in Seattle featuring urban and graffiti artists from China including 0528, Steel Dan, Soos, Cui Nan, Ha Shiyou, Zhang Qitian, Popil, Shen Jingdong, and Yang Jun.Â  “Graffiti is considered a serious crime in China, and violators incur harsh penalties from the government. Ironically, the Chinese government recently commissioned a number of public graffiti pieces during the 2008 Olympics to portray positive messages about China and the Olympic games. Local graffiti artists were outraged that their art form was used as a government propaganda tool and wanted to do something about it. This is China is a showcase of graffiti and urban art by Chinese artists without the influence of the Chinese government.”

An interesting twist to the show is that some of these Chinese artists will be collaborating with artists from outside of China like Pure Evil (UK), Josh Keyes (US), SPQR (UK), Bast (US), and Presto (Brazil). One of these collaborations is between Josh Keyes & Cui Nan (seen above) – Cui Nan started out with a technique from his signature butterfly effect series then mailed it to Keyes. After pondering on the painting for a while, Josh visualized a giant raincloud and then a monsoon which he painted in over his signature stratified landmass blocks from his older work. We think it turned out quite nicely. Another confirmed collaboration will be between Pure Evil and Zhang Quitan on a piece that addresses Chinaâ€™s economy.

The show will be opening on December 12th at BLVD Gallery. Arrested Motion will be previewing more pieces as the show draws nearer so make sure to check back.