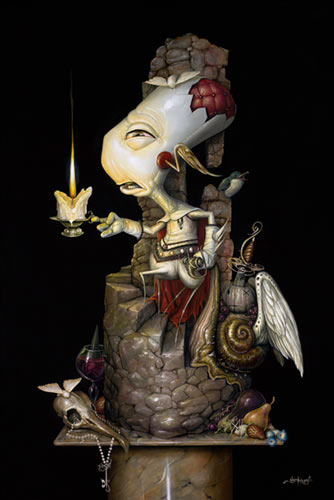 On November 6th, Greg “Craola” Simkins will open the second and final part of his bi-coastal show at Gallery 1988 in LA. Entitled “It Wanders West,” it looks to be a tremendous show picking up right where “It Wanders East“ at Joshua Liner Gallery left off. Not many images have leaked yet but we have posted what we have gathered so far and there are hints of some on the in-progress video seen after the jump.Â  AM also has the details for the print release of the stunning image chosen from this show (seen above.) 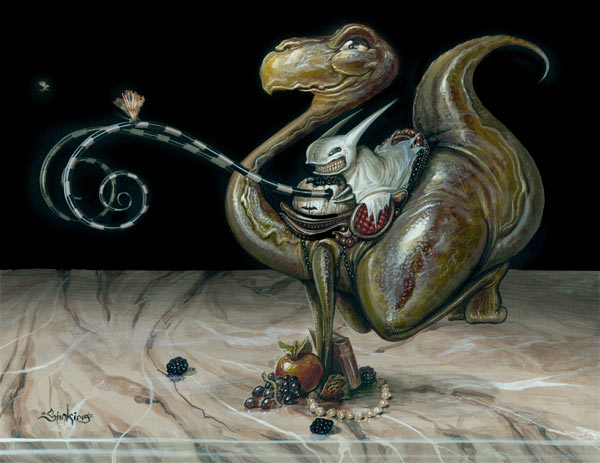 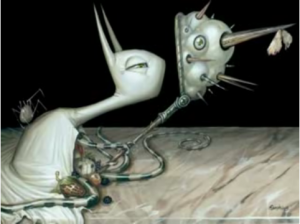 Known for his masterful story telling, Greg designed “It Wanders” (East and West) to unfold as a two part story. The first installment “It Wanders East” at Joshua Liner Gallery in NYC was a glimpse into the strange and beautiful world of Greg’s imagination. The New York show was met with smashing success and since then, Greg has been working diligently on the conclusion, “It Wanders West”. Greg told AM: “the show actually feels complete to me in both parts and I am stoked I split it in two just so a new audience was able to see some of the pieces on the East Coast”. 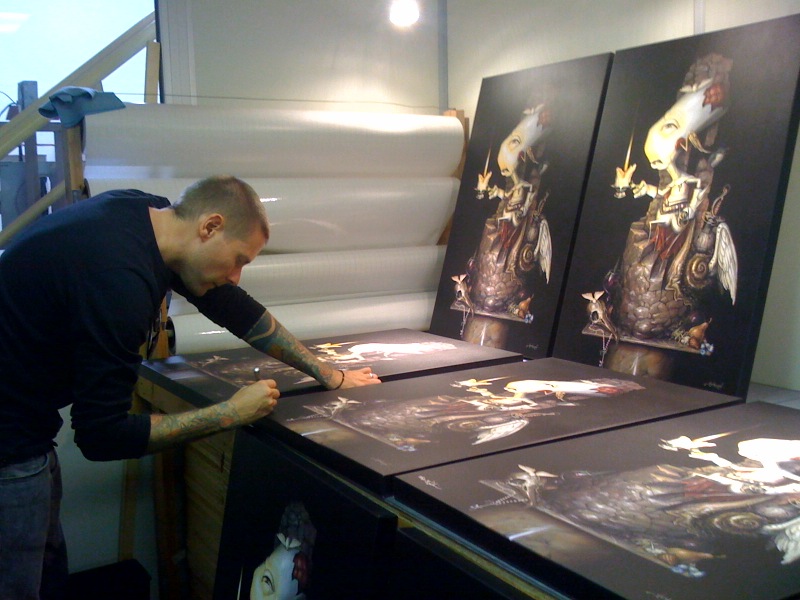 Gallery 1988 will be releasing a special limited edition giclee on canvas of “Knight Watch.” There will be a run of 30, sized at 24″ x 36″ No price as of yet but the print for the other show was $500. Greg will also be releasing a book featuring selected works from It Wanders (East and West) early next year. AM will be on hand to cover the show opening, so stay tuned for more coverage.

We leave you with an video of Greg creating “Knight Watch”.