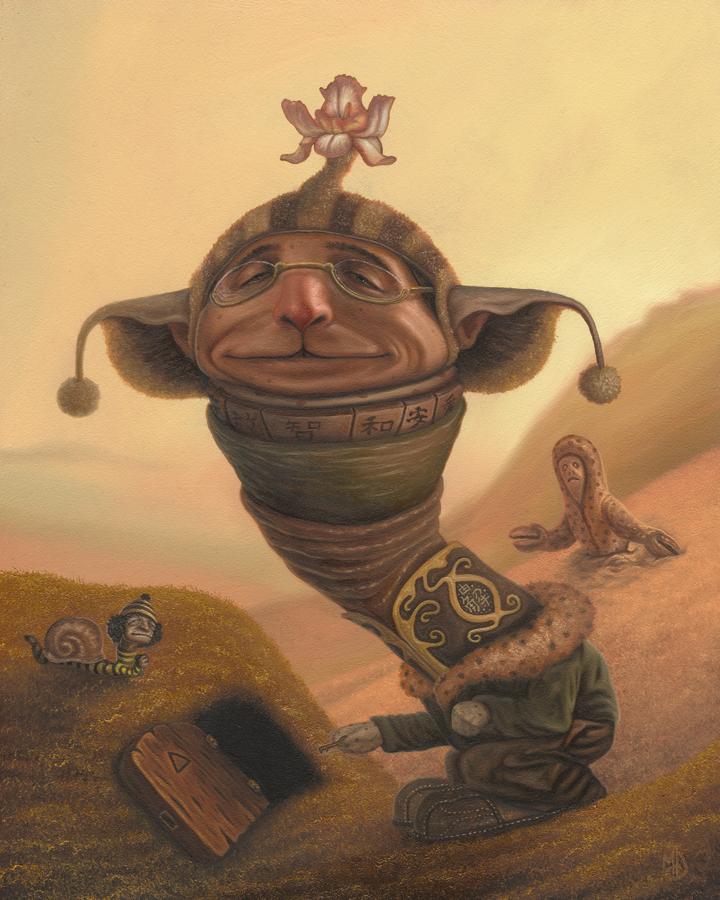 Matt Dangler just sent us the the promo image he scanned in for his “Out From the Whirlwind” show at M Modern. The opening reception is scheduled for December 12th. While this won’t be for quite some time, we expect a great show from this young artist. The piece shown above is an 8″ x 10″ titled “Mysterium Tremendum”. Matt added, “most of the pieces will be keyed in earth tones”.

He continues – The theme is going to be “Out from the whirlwind” – it is a quote from the book of Job – “Then the lord spoke to Job out from the whirlwind”… it is metaphorically describing the deep fathoms of the sub-conscious where all of life propels out from a single point, like a whirlwind… kind of like the “big bang theory” – meditation is a way to focus in on the whirlwind, perhaps literally or metaphorically hearing the lord speak to you. The theme works on a number of different levels but they all kind of mean the same thing… I see my characters as strange little mystical vessels that have crawled their way out of this mystical whirlwind etc.