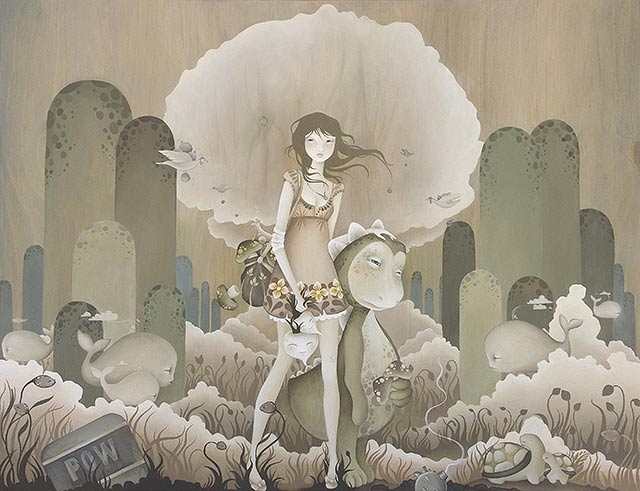 One of the features that AM will be working on is what we will call the “Collector Focus” articles where we will take a closer look atÂ certain peoples’ collections.Â  As many of our readers are collectors themselves, we thought it would be interesting to highlight some notable pieces in more detail for your enjoyment.

First up is one of Amy Sol’sÂ most recognizable pieces – “Peach, Yoshi & Subcon the land of dreams.” This amazing painting was exhibited at the “8-bit” show (video game themed) in 2007 and has been featured on the cover of Hi Fructose. It measures at 17″ x 23″ and took Amy about 3 months to complete. Theme shows are a little tricky because we feelÂ an artist must be a little subtle as well as make sure the work is recognizable as their own, even though they might be painting something different than their usual imagery.

We would like to thank the lucky owner allowing us to photograph the piece.Â  Pics after the jump… 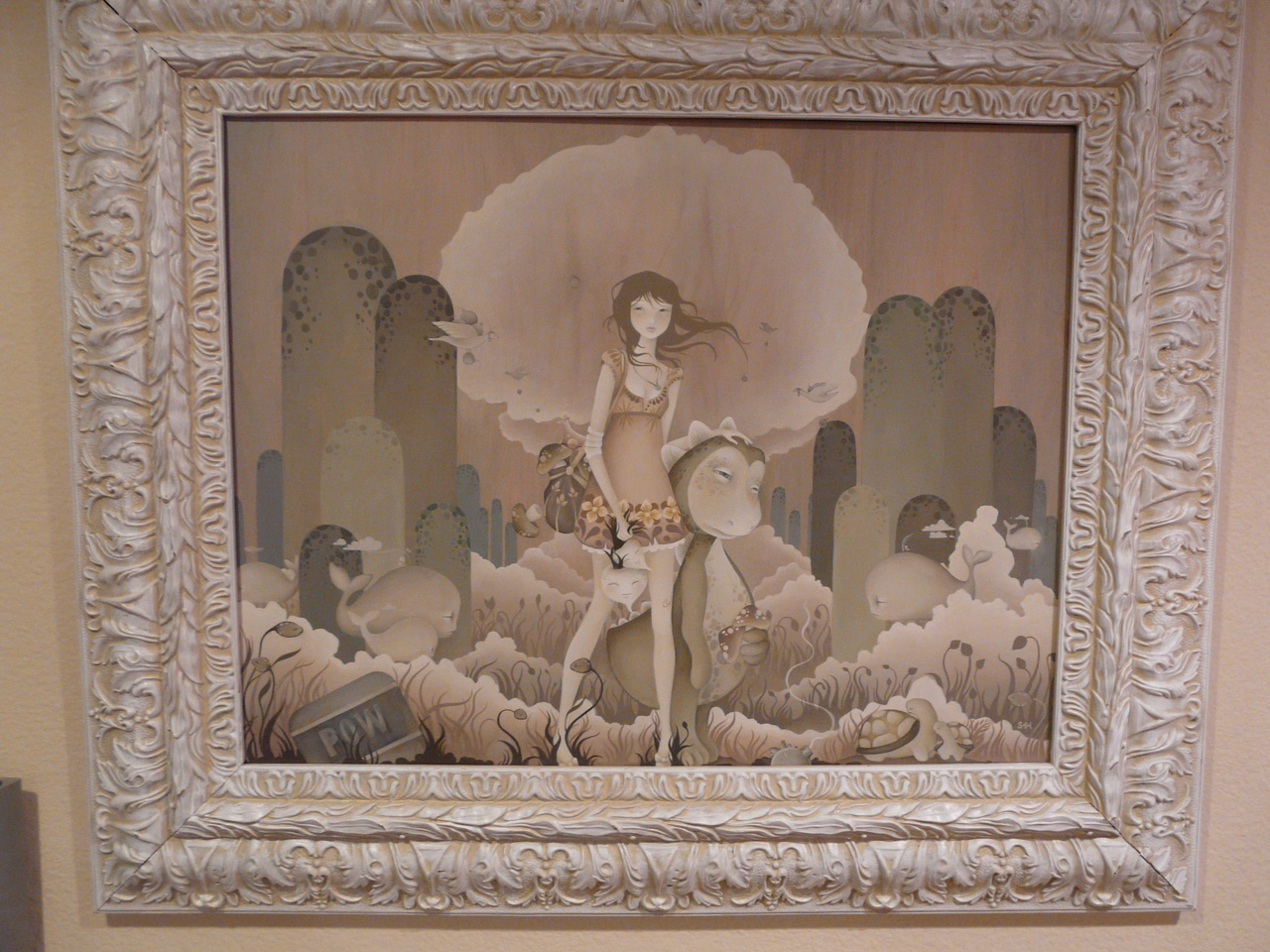 “I choose the odd Mario 2 originating from the 1st NES. I liked that Princess Peach (originally Princess Toadstool) could be chosen as a play. iIwas certainly influenced by video games particularly in the mid 80s – early 90s and began playing at around 6 – 7 yrs old, I think… Mario Bros 1 – 3 I enjoyed particularly during those years.

My piece is titled “Peach, Yoshi & Subcon the land of dreams,” measures 17″ 23.” The title is general but since i strayed so far from the original design, i suppose it helps to describe it’s origins. Oh, and the girl is supposed to be princess peach, though I couldnt bare to paint a crown on her head. This piece took about 3 months to finish. Finally here it is!

O, yes the mushrooms… The green are 1up and the red are the super mushrooms that turn you big when your character gets injured. ”