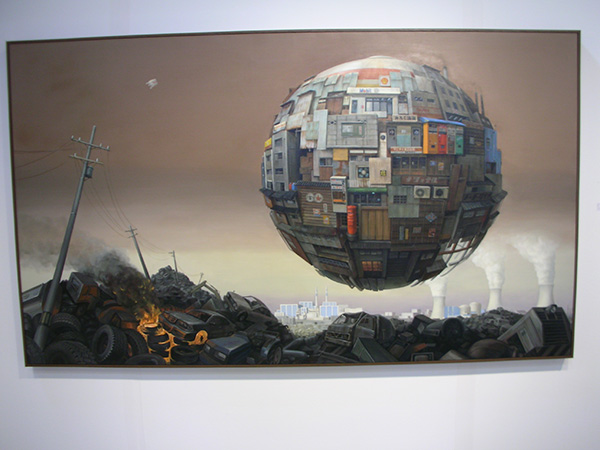 First stop at Pulse Miami Thursday morning was Tokyo’s Mizuma Art, which is known for showing some of Japan’s most exciting early- and mid-career artists, including Makoto Aida, Hisashi Tenmyouya and Tomoko Konoike. Upon entering the gallery’s booth, AM was immediately struck by two impressive paintings by Sashie Masakatsu. Masakatsu, who has just recently started to be shown by Mizuma, was a hit at Takashi Murakami’s Geisai fair a few years ago, as well as at Geisai USA and a recent solo show at LA’s GR2. His works are most recognizable for their ominous orbs – constructed of elements such as vending machines, air conditioners and street signs – eerily floating above varied landscapes or street scenes. 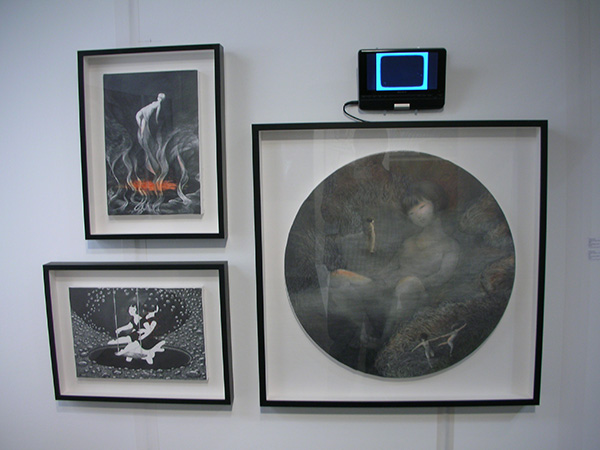 Another favorite was Akino Kondoh, who works in manga and animation, in addition to painting and drawing. On display were three beautiful pencil/acrylic pieces on canvas, as well as a small video sceen playing Kondoh’s animation Ladybirds Requiem. The gallery informed AM that Kondoh is currently an artist-in-residence in New York, so should be showing more work in U.S. soon