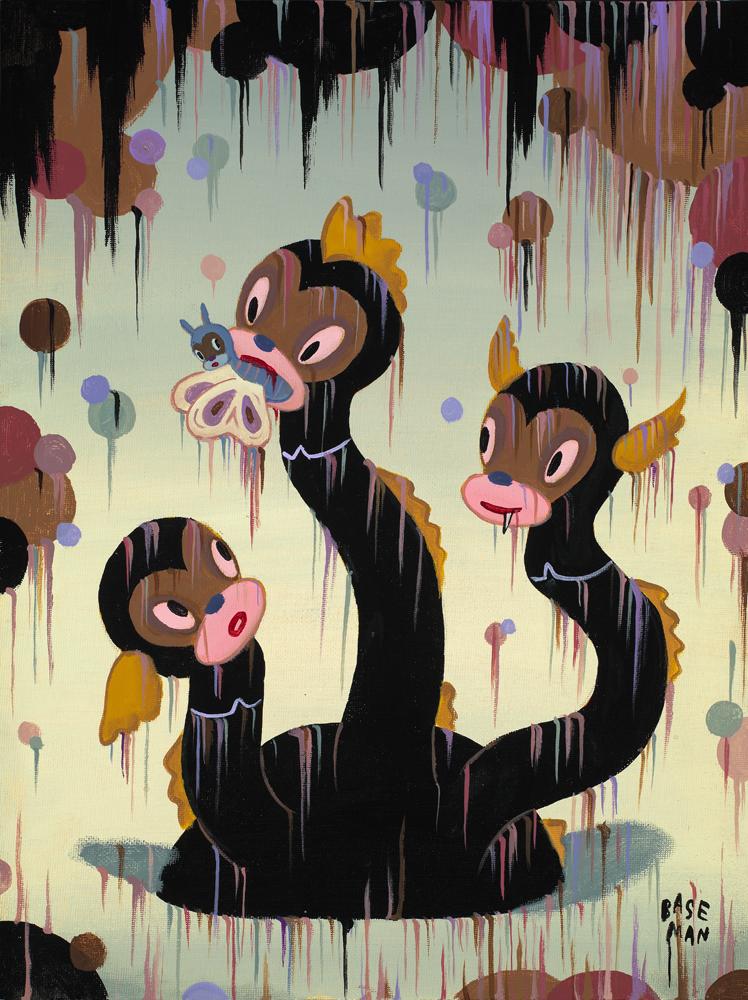 Gary “Danger” Baseman has landed in Tel-Aviv in preparation for the January 8th opening of his latest solo exhibition at Israel’s Urbanix Gallery. (previously teased). The trip to the Middle East isn’t merely to attend the opening of The Sacrificing of The Cake, but also to participate in the lectures at the Bezalel Academy of Art and Design in Jerusalem and also to conduct hands-on workshops for the students (1/13). Gary will also be conducting a live painting sessions at Ozen Bar (1/17).

Prior to embarking on his international tour, Gary provided AM with a candid interview and an exclusive look at his show for our readers after the jump. 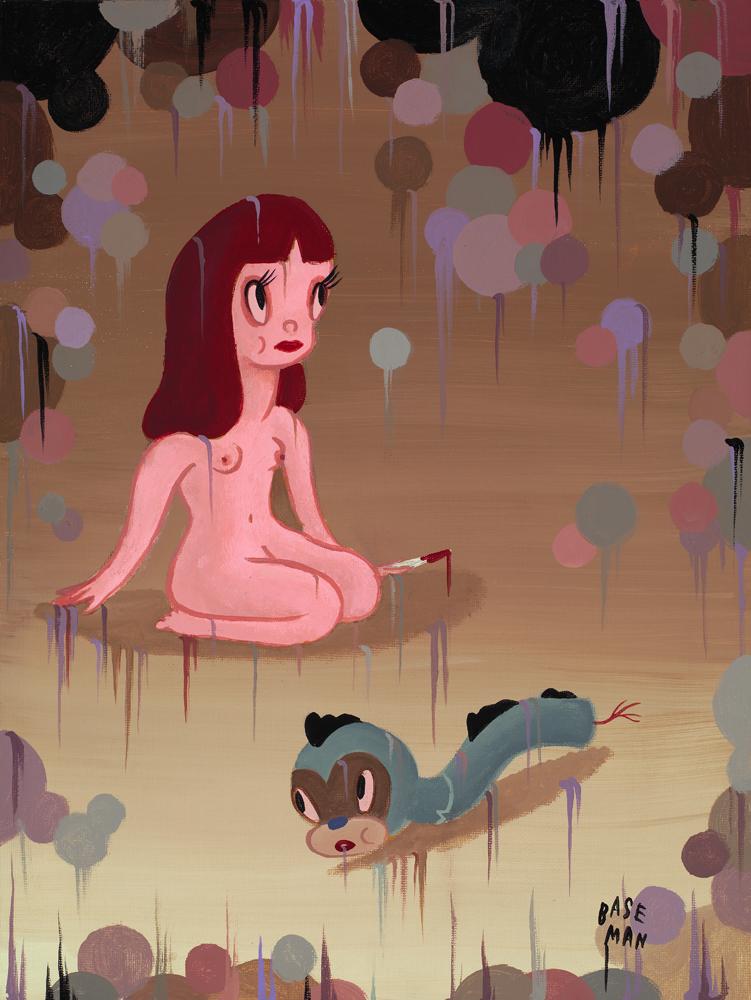 Remembering of the Ooga

Arrested Motion (AM): Can you tell us a little about this show and the symbolism you are using in this body of work?

Gary Baseman (GB): My exhibition is titled “Sacrificing of the Cake,” but the art is not about cake. Not literally. Not quite. Cake is sweet, but my exhibition is bittersweet, just like life. It’s about slaying the dragons of the past, so one can live a fulfilling life now and in the future. I named the dragon, “Ooga,”which is Hebrew for Cake. My mom tells me when I was in Israel at age 4, I kept saying “ooga, ooga, ooga.” And I have strong memories of these Holocaust Survivors in Israel seeing me as this “golden child” holding me in their arms, and feeding me cake and telling me I am the future, and creating this new world for me.

Growing up in my middle-class life in Hollywood, I was happy to accept the beliefs of my parents who are Eastern European Holocaust survivors. Their beliefs provided me with a good foundation for living. But as an adult, those beliefs transformed into dragons and changed my innocent, safe reality into one crowded with dragons that began to strangle, choke, and suffocate me, keeping me from living a happy self-fulfilling life.

This exhibition is about my slaying of the dragon, which I named “Ooga. This dragon was the protector of my parents and their generation but the imprisoner of me, who has kept me from my own personal destiny and growth. I acknowledge now that I need to become my own liberator. I need to forge my own path of “good” and fulfillment, even if my “good” is imperfect and bittersweet, mixed with the pure and the impure, right and wrong, vulnerability and strength, selflessness and selfishness, creating both achievement and failure. 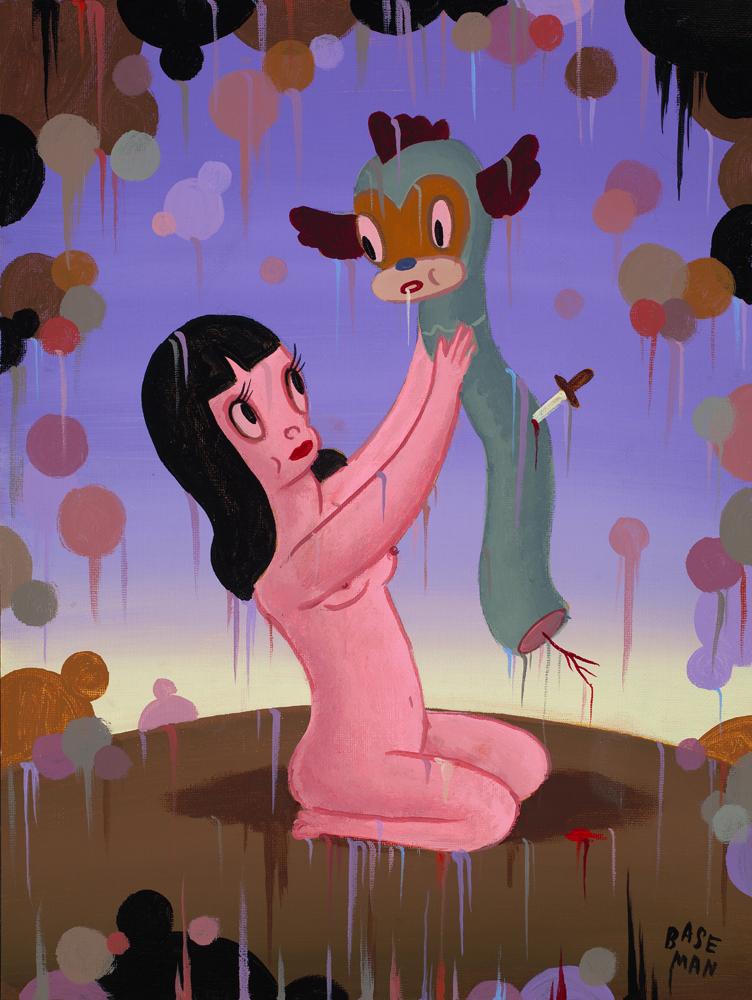 Respect of the Ooga

AM: Obviously, the themes and subject matter for this show reflect your heritage and the fact that you are showing in Israel but has your heritage played a role in your work in the past?

GB: My life is an open book, and everything from my past has contributed to my present. But I’ve never set out to be a Jewish artist, or an Eastern European artist or anything like that. I’m an American artist. I’m grew up in Hollywood and went to high school during the same time as the Red Hot Chili Peppers. I’m an LA artist. I remember as a child visiting Israel, I felt like the epitome of the American Dream. I was Kennedy, Elvis, Mickey Mouse and Lassie rolled into one.

As an adult, I am not religious at all. I love all the iconography of all religions and love all the myths and allegories that they passed down, but at the same time, I have trouble with all organized religions.
All my art is really all about desire, longing and personal control or lack of control. 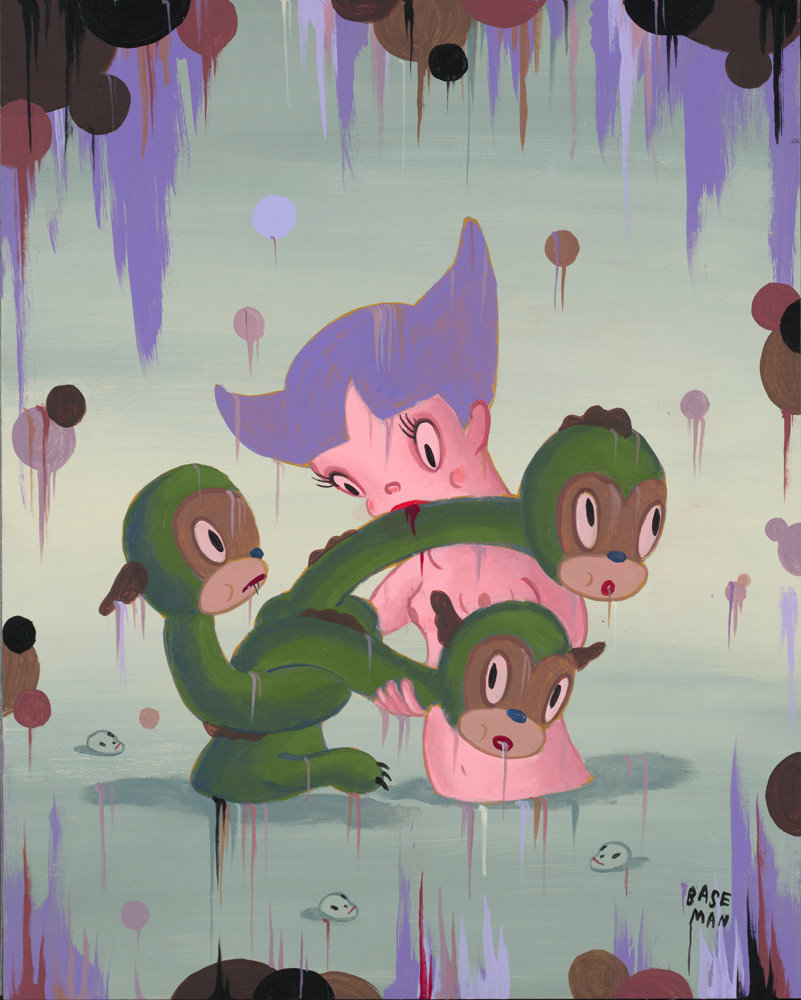 The Savoring of the Ooga

AM: Your visit to Israel isn’t merely for the exhibition at Urbanix, we noted that you have a slew of activities planned for your trip. Did you make it a particular point to schedule the other activities such as lectures, workshops, and live painting surrounding this show or is this something you try to arrange for all your shows?

GB: I enjoy spreading the “love.” I try to arrange other activities that support and surround my shows, especially when they are overseas. I have no desire to fly in and fly out. Life is too short. I love for my visits to other countries to be as successful and far-reaching as possible. Remember, I’m about Pervasive Art, so I try to communicate my aesthetic in as many areas as possible. I especially love meeting with and talking to art and design students, and injecting inspiration into them. I let artists know around the world that with the internet, we can all communicate globally and leave a lasting effect. 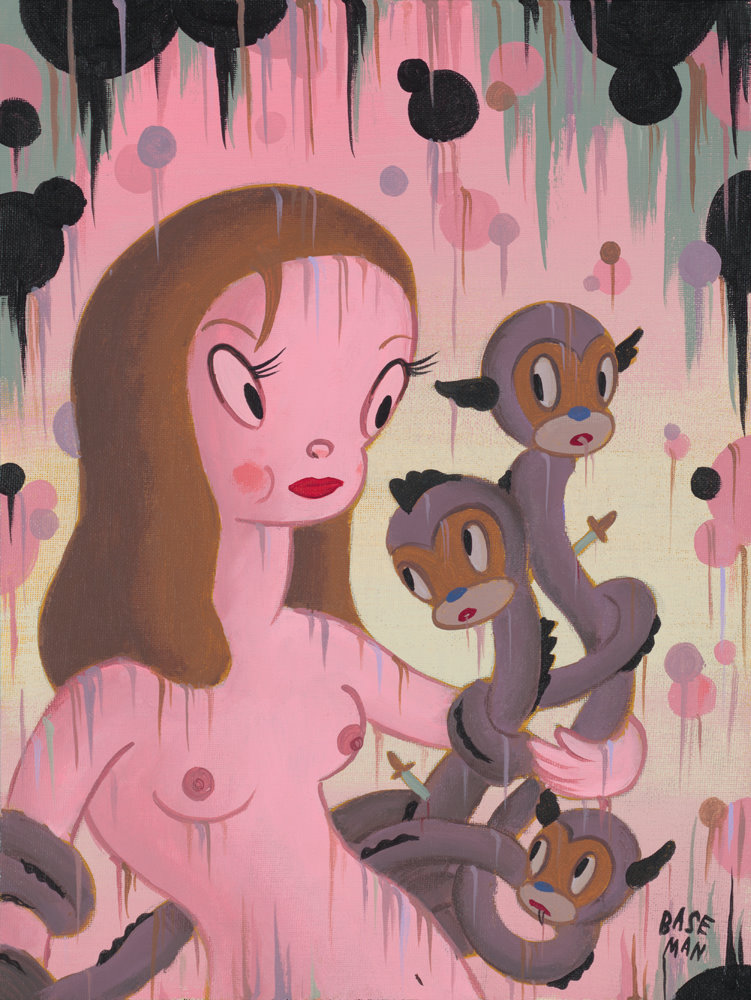 The Contemplation of the Ooga

AM: How often do you visit Israel? Any thoughts on Israel-Palestinian issues in light of the current conflict especially since you will be traveling to Israel for this show?

GB: I’ve been to Israel twice in my life, at the young ages of four and twelve. This is my first time back since then. My Uncle, on my mother’s side, who I was named after, Garshon, died fighting the day before Israeli Independence day. My strongest memory of being in Israel was when I was four years old. I was in my uncle’s apartment in the town of Yavneh, outside of Tel Aviv. In the middle of the night as I lay in bed, I woke up suddenly to a giant dark lizard on the sheets on top of me. I screamed and cried as loud as I could, so scared of this so-called “dragon.” After jumping off the bed, I looked closer and found it was only a shadow of a tiny lizard outside the window, cast and projected larger by the moonlight. It was only a shadow. It wasn’t real. This is what my show is about. 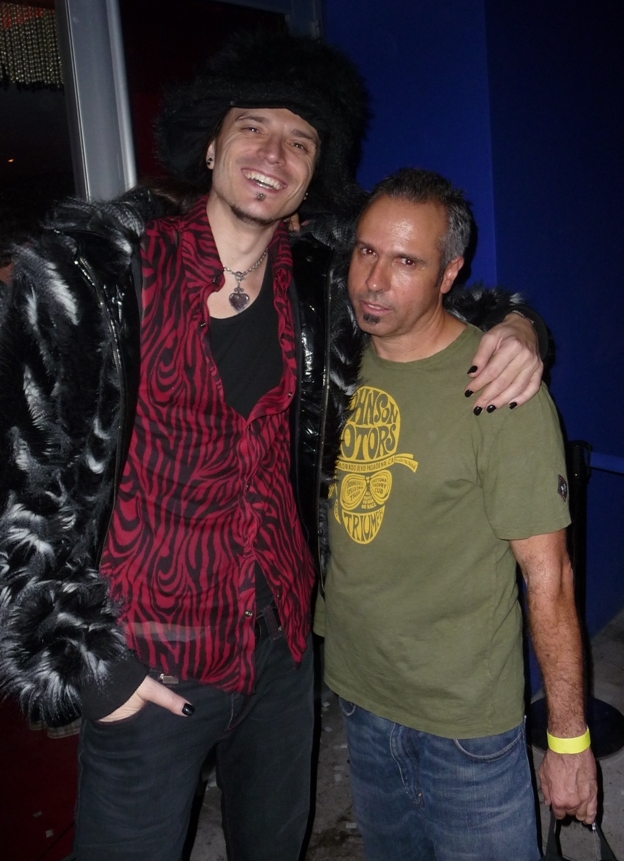 AM: We saw you few times in Miami during Basel week. What did you think about this year compared to previous years? We’ve heard that you’re quite a draw at with the ladies… and at Shepard Fairey’s Basel party you ran into Mystery from VH1’s Pick Up Artist. Who would win a Pimp-Off you or him?

GB: Art Basel is always a crazy ass scene. It is non-stop. Way too many art fairs, too many parties, and too many events. And I never get in earlier than 5am. The difference of this year, than last year, is that nothing was central. In past years, all was based in South Beach. Now, there are so many different centers and too many new hotels in different locations, that everyone is everywhere.

Me, a draw with the ladies? I do love girls. But my love is sincere. I draw my nymph girls and their imaginary friends because I love the complexity of life. I love the bittersweetness of life. When I interact with others, I am an open book. I am me. I am one giant manifestation of desire. For better or worse. If a girl likes me, it is because they like my energy, my sincerity, my drive, my intuition, and my touch. My aim is true. In a pimp off, I am sure; the tv host will kick my ass with the ladies. But, I am not concerned, because I will get “the girl”.

AM: Thanks Gary. We wish you safe and peaceful travels.