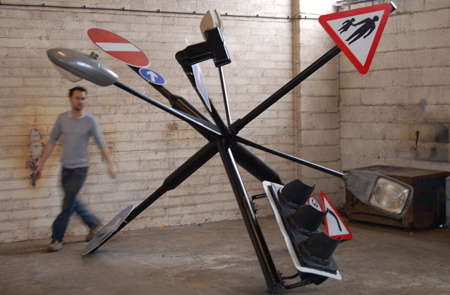 Last night, AM stopped by Stolen Spaceâ€™s Dray Walk Gallery and saw a good turn out for the opening of Brad Downeyâ€™s “An Honest Thief” show which runs until the 8th of February. The show features a range of work using video installations, 3D sculptures, photographic prints, film projections, vandalized record covers, and even some cross stitch throw in for good measure! In this solo show, Brad continues to explore ways of manipulating and reclaiming the urban environment around us â€“ often in humorous and unexpected ways with the films helpfully revealing the work needed to make his mischievous art.

Brad will also be signing copies of the novel based on his past exploits with graffiti artist Darius Jones aka Verbs titled “The Adventures of Darius and Downey and Other True Tales of Street Art” at the gallery on Saturday 31st January between 1pm and 3pm for those interested.

Some images from the opening after the jump. 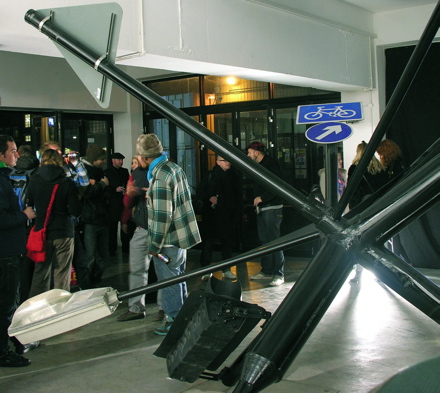 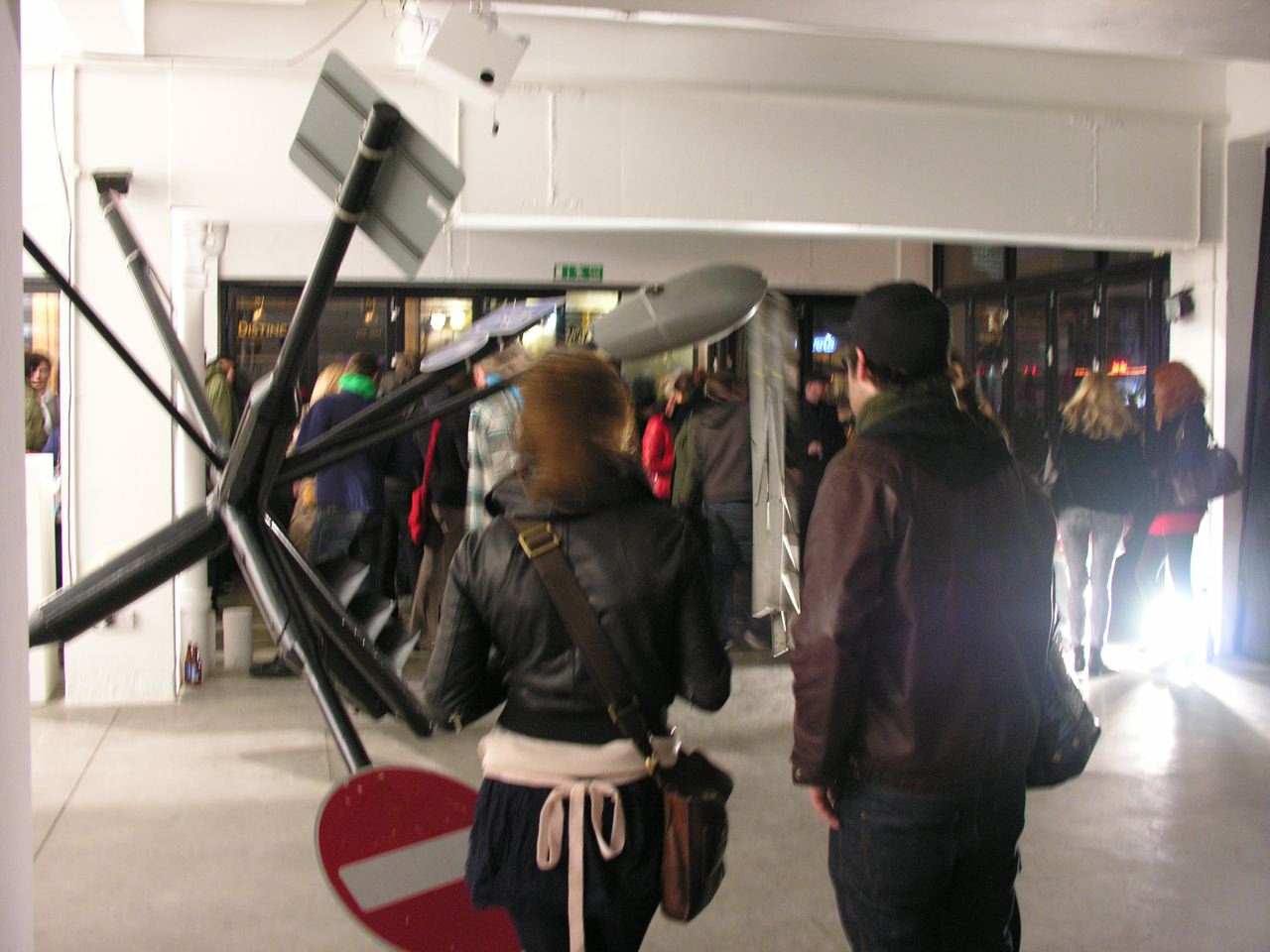 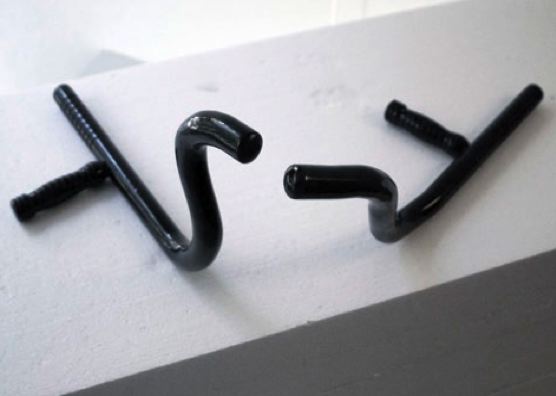 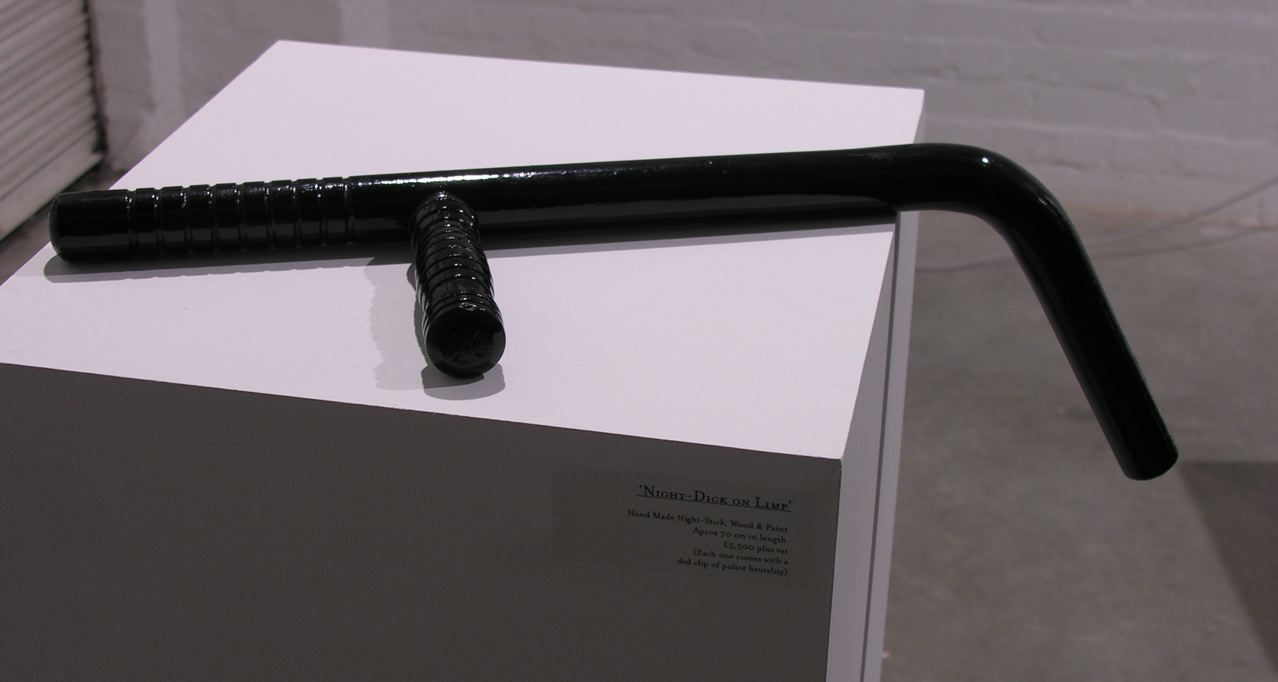 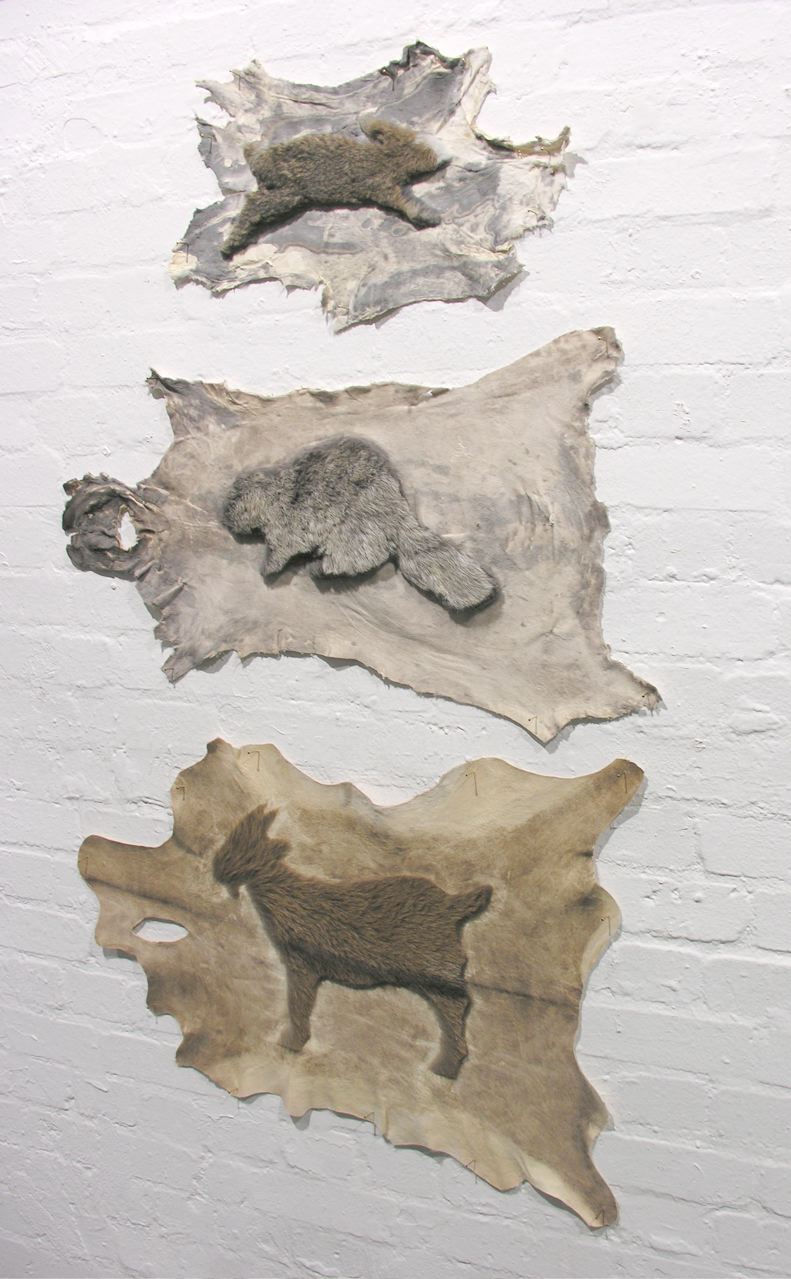 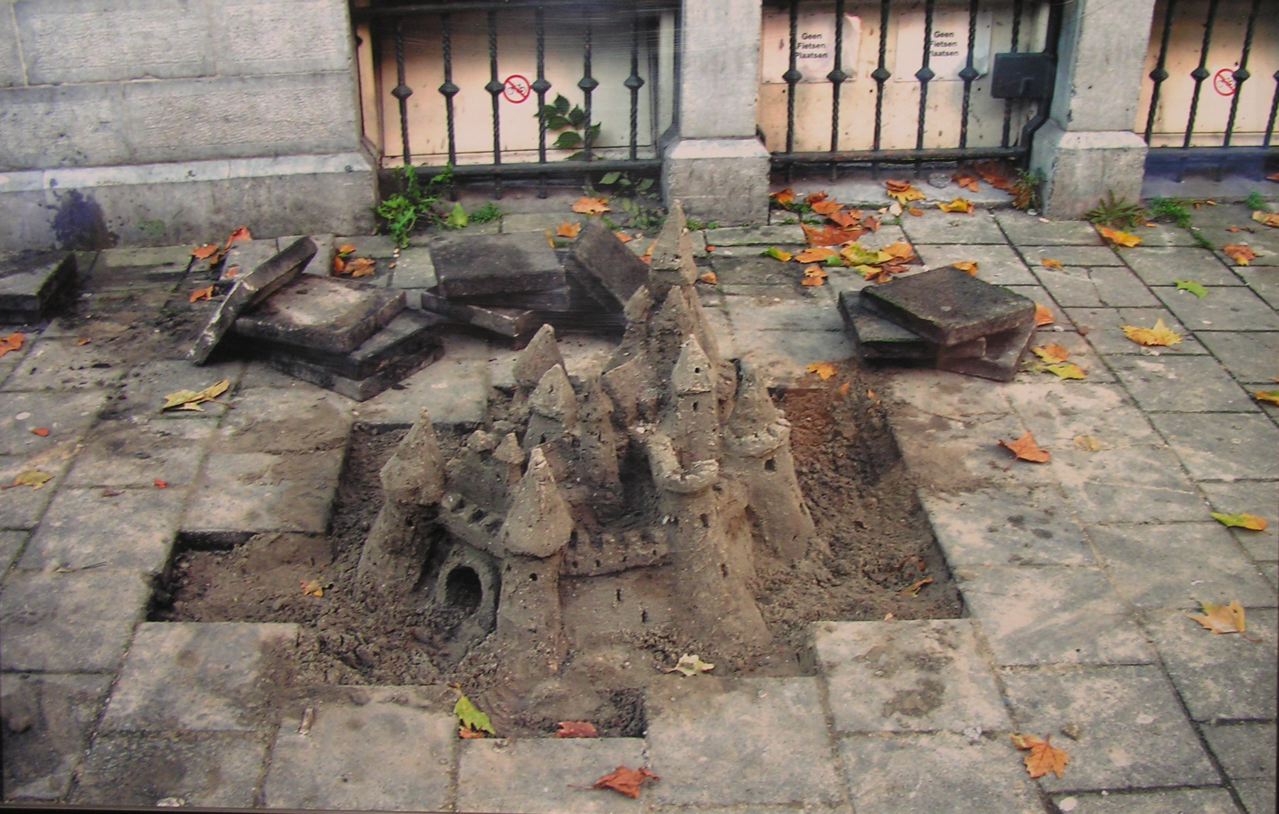 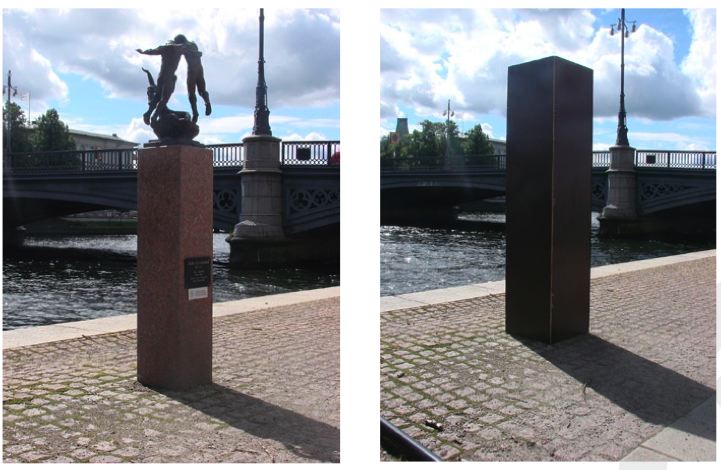 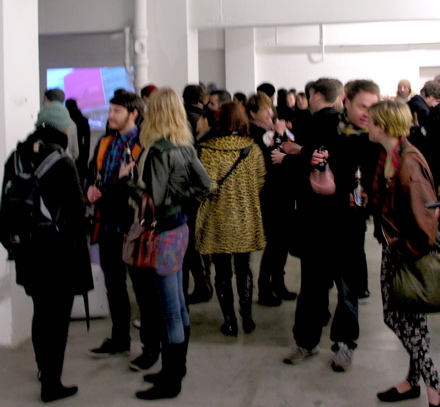 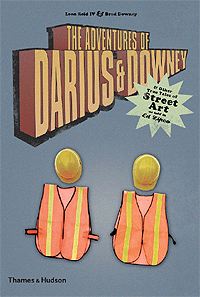 Check out this classic video interview of Brad by Hobnox explaining his “urban sculpturing.”