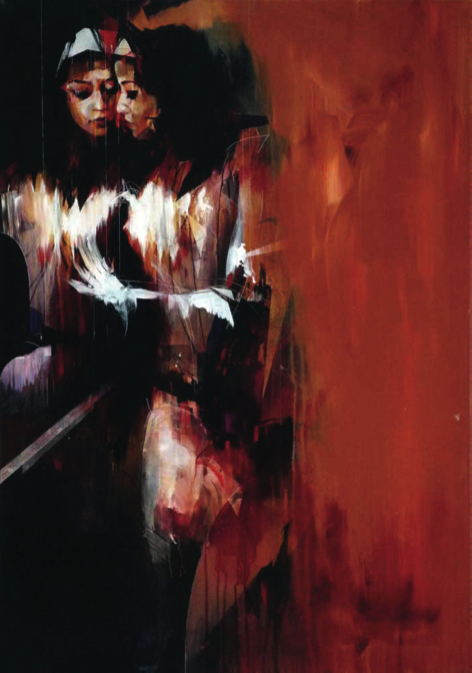 Rising Contemporary star Ian Francis is set to attend the Semi-Permanent design exhibitionÂ in Sydney, Australia. The white hot Bristol phenom has been invited to share his dreamy abstract landscapes and photo-realistic subjects with his fans “down under.”Â To coincide with the conference, Kinsey DesForges (KDF) has set up an amazing exhibition entitled “New Work” which opens on April 3rd @ MTV GalleryÂ in East Sydney. This secret “pop-up” show follows theÂ stunning sold out show that Ian hadÂ with KDF in Los Angeles last fall. If you’re lucky enough to be in Australia next weekend do your imagination a favor and check out Ian’s works in person.

Here’s a sneak peakÂ at one of the pieces from the show.Â Â Stay tuned as we’reÂ bringing you full coverage the show once it officially opens next week.Â  Until then, we suggest you take aÂ look atÂ his entrancing works here.