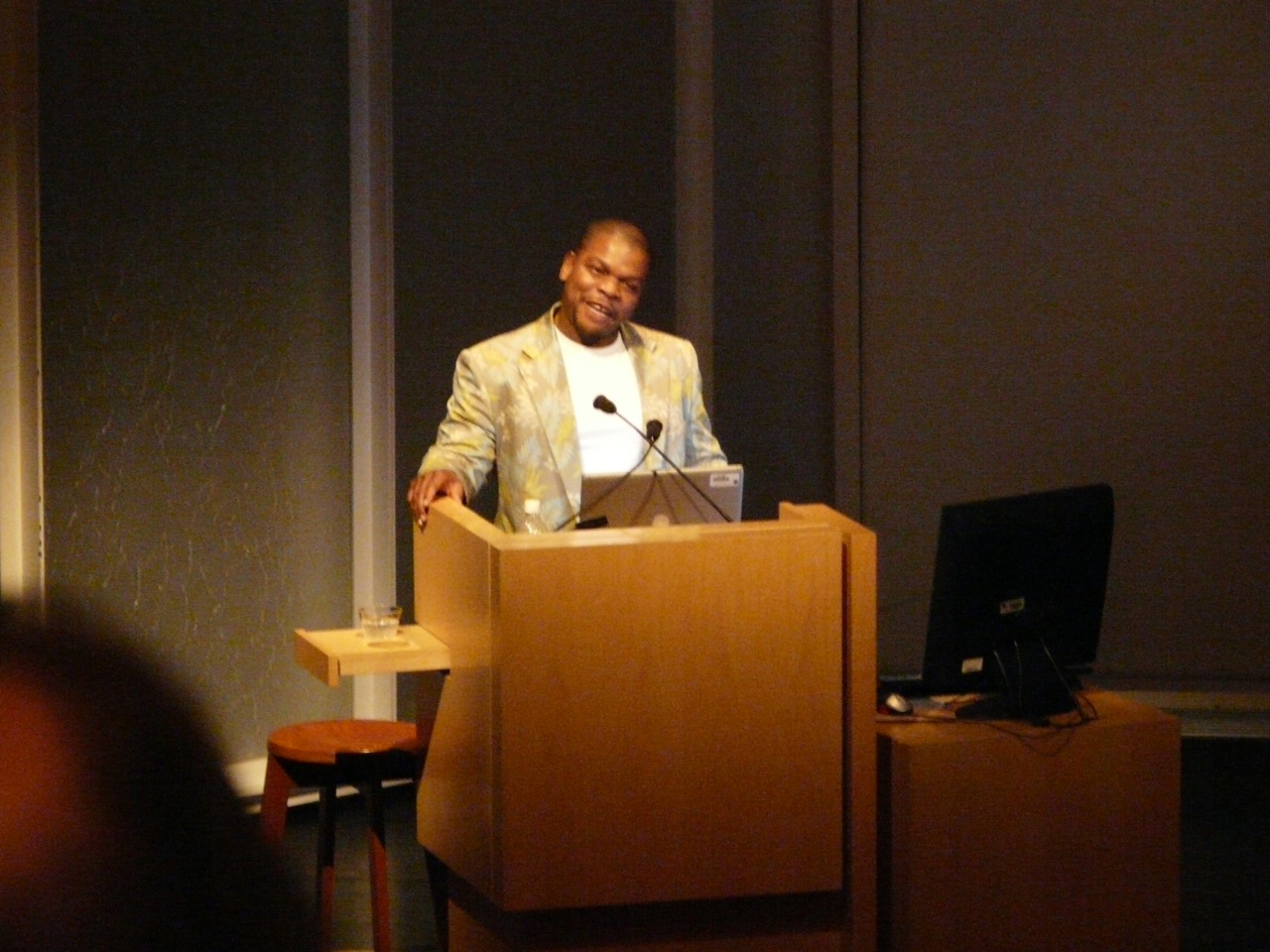 In a little warm-up for his upcoming show at Roberts & Tilton, Kehinde Wiley gave a well-received lecture at the Getty Center last night.Â  He impressed the crowd as an eloquent speaker and accompanied his talk with some well prepared slides.Â  Especially interesting were his photo reference comparisons to his final paintings where he “street-cast” strangers off the street to pose for his paintings.

Kehinde will be continuing his World Stage project with this exhibit, opening tomorrow night, April 4th.Â  After traveling to China and Africa to work on his past segments of the World Stage exhibitions, this time, he based his portraiture work on the denizens of Rio de Janeiro, Brazil.

Here, Kehinde talks a little about the first segment of his World Stage project – China. We encourage everyone to see this show in person to appreciate the scale of his paintings. 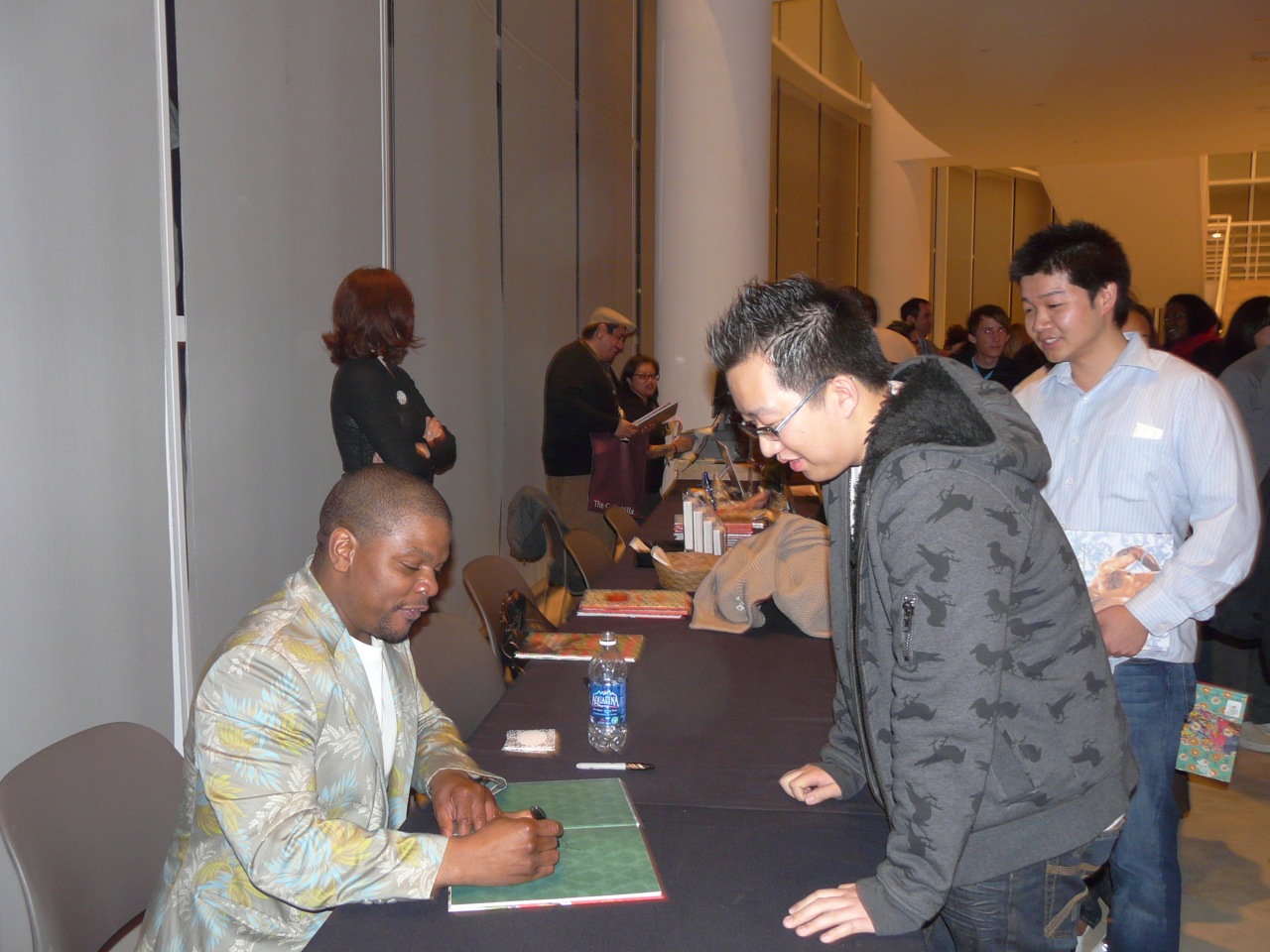 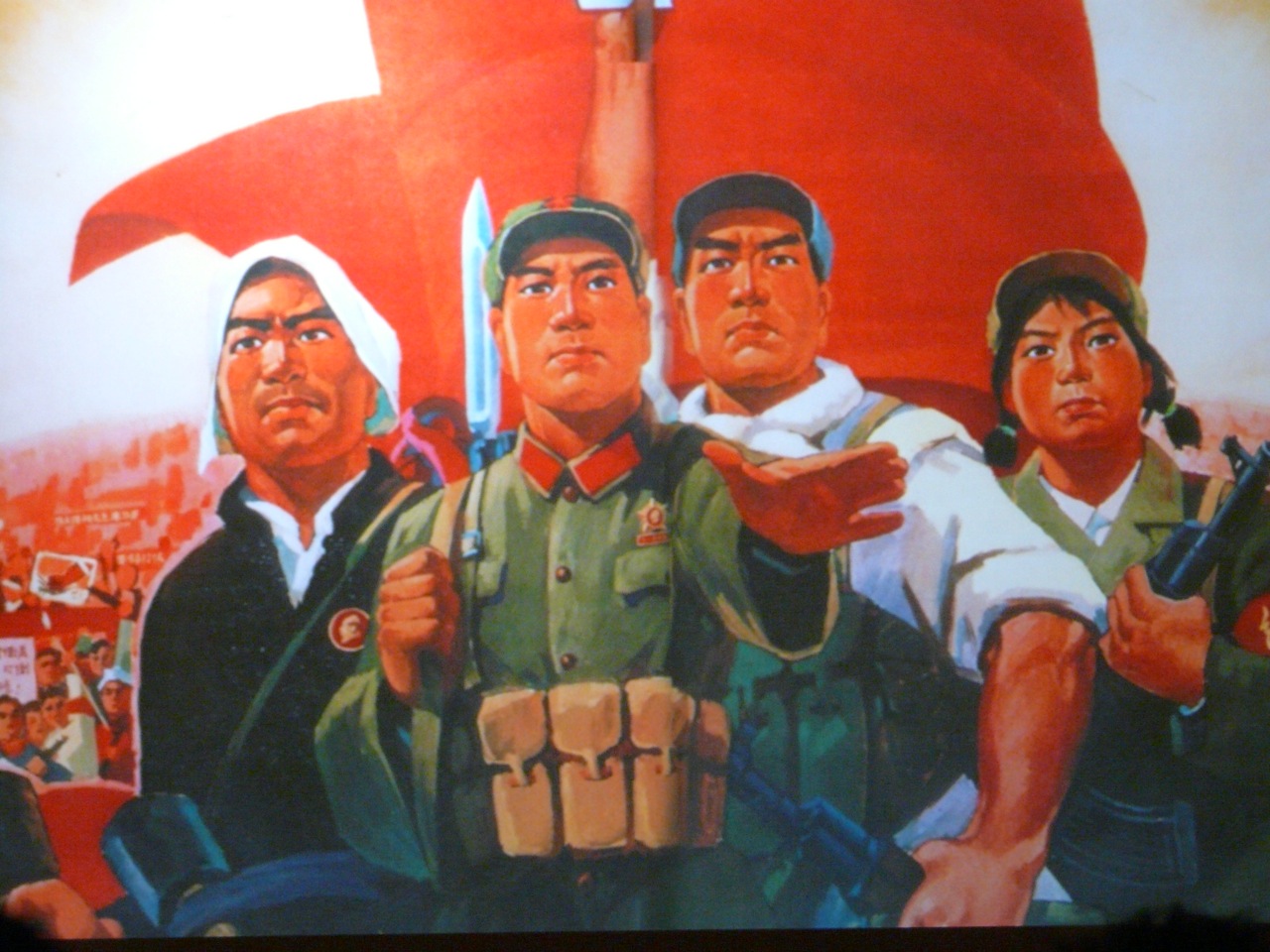 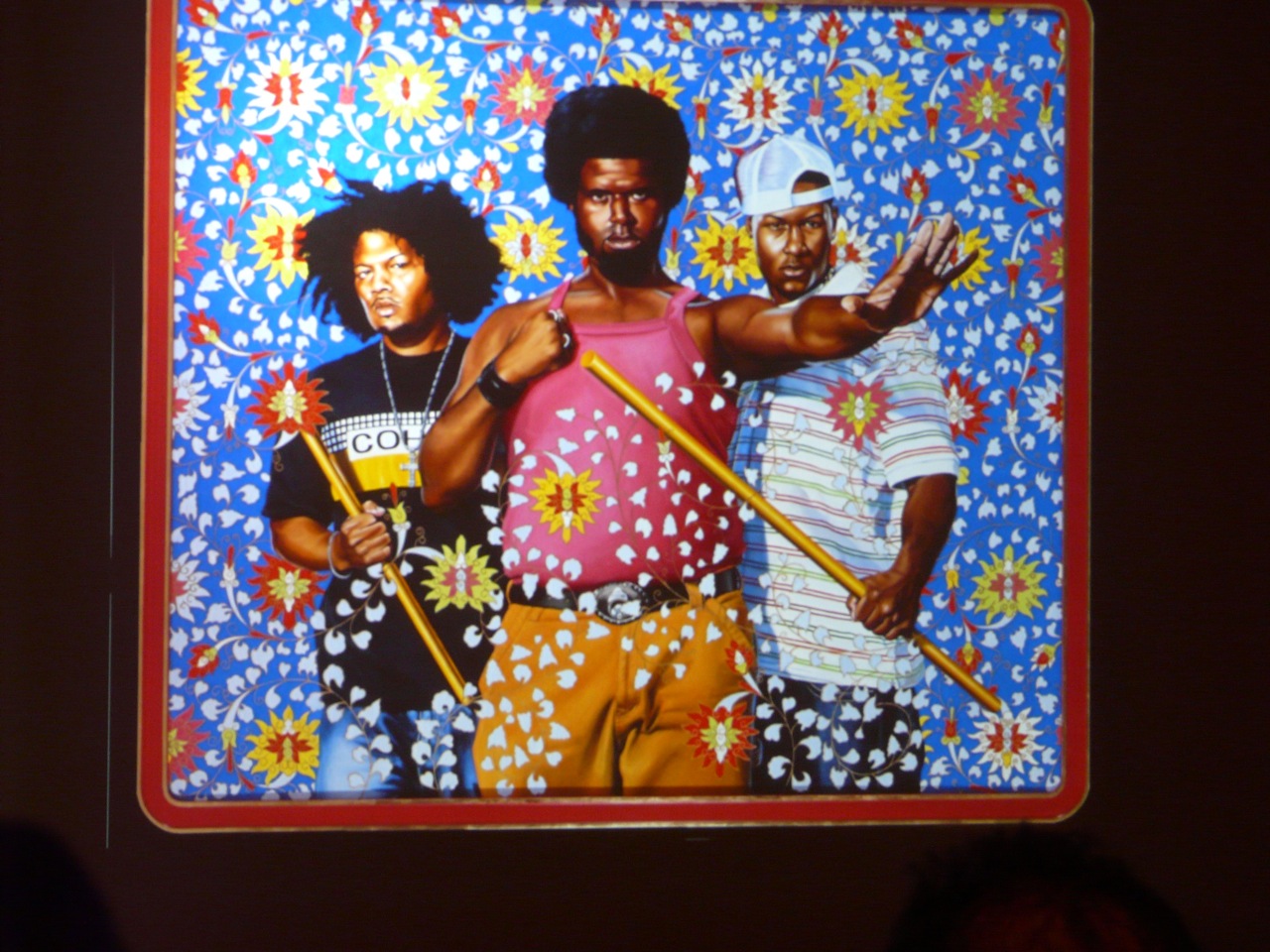 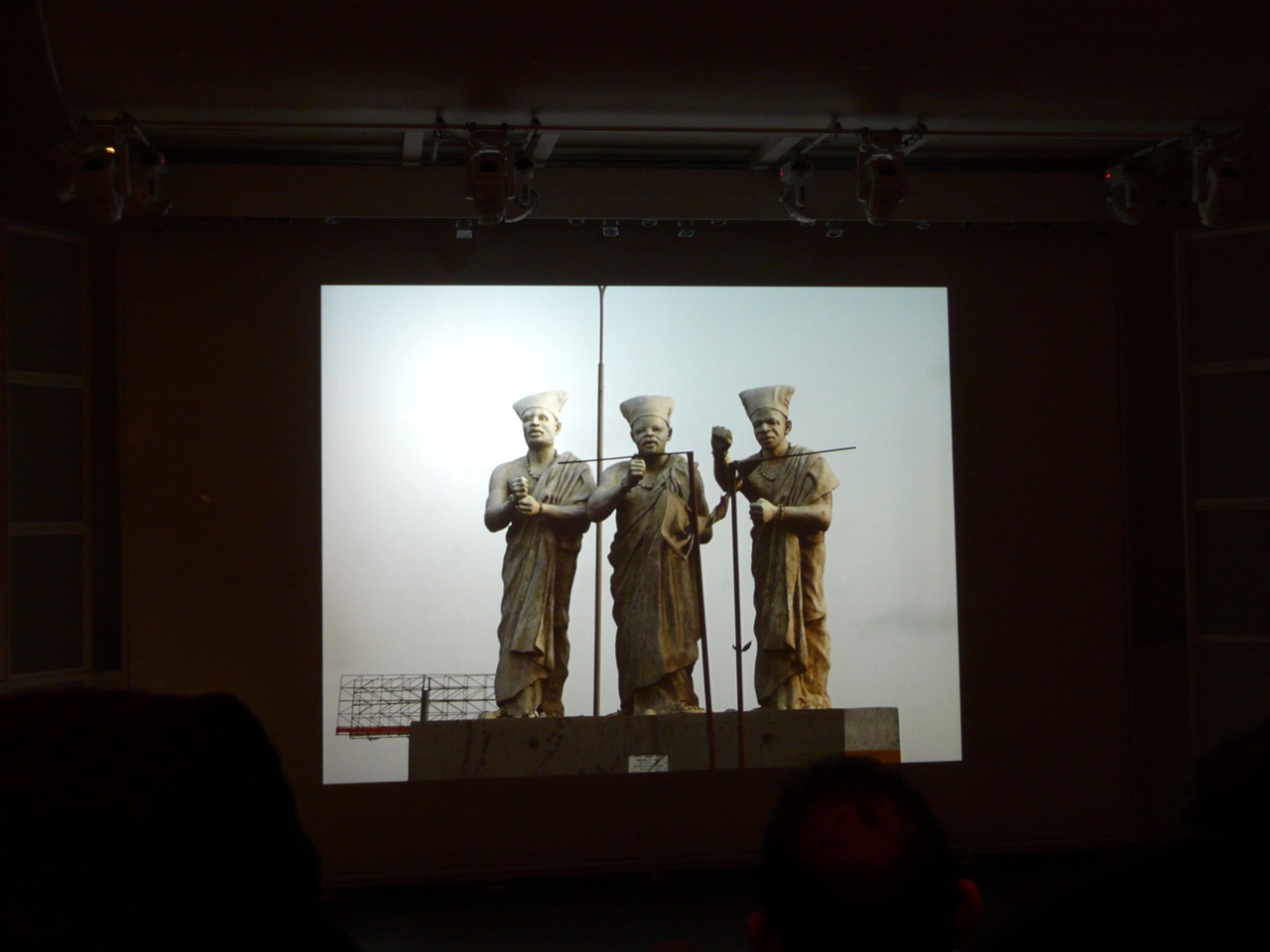 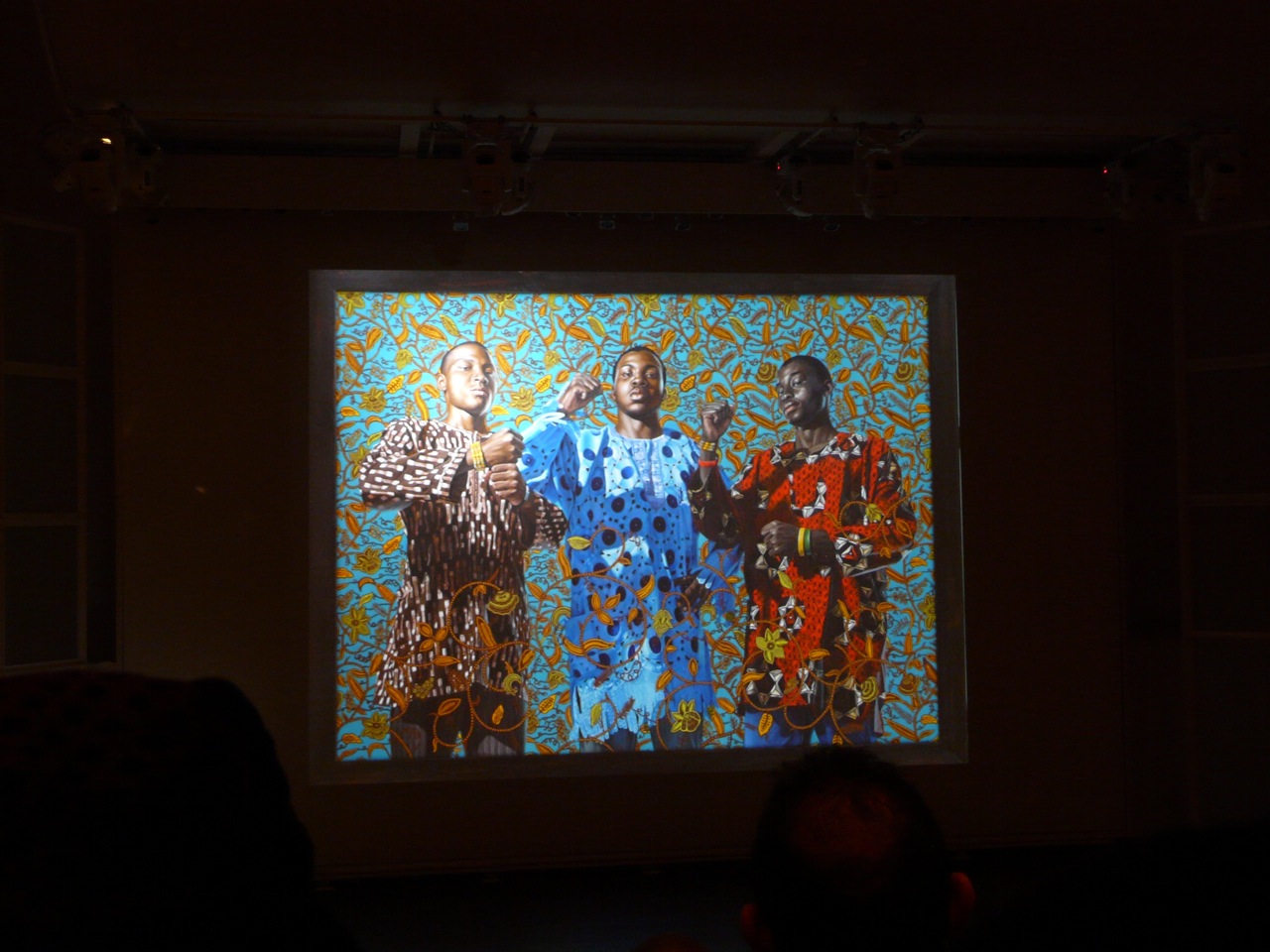