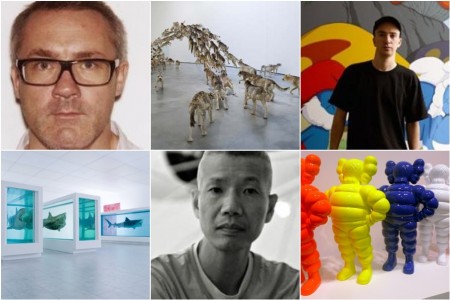 Creativity is best defined as the generation of new ideas and concepts and is often called an “asummptions breaking process.” This requires the discarding of preconceived notions and approaching ideas with a fresh perspective that others would not conceive of. The cover story for the current issue of Fast Company lists the top creative minds in business today and includes some names familiar within our genre, including Damien Hirst (#22), Brian Donnelly, better known as KAWS (#70) andÂ Cai Guo-QiangÂ (#86).Â Read on to see what Fast Company had to say about these artists… 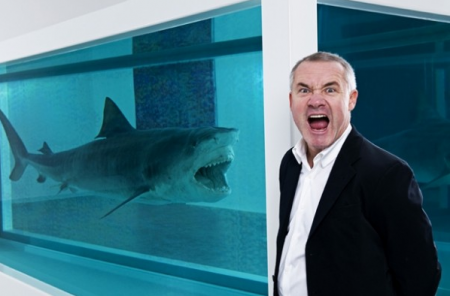 Hate him or loathe him, Damien Hirst is an artistic and business provocateur. Who else could render a photo of Bill Gates standing in front of his own famous work (The Physical Impossibility of Death in the Mind of Someone Living) and turn it into a painting that sells for more than half a million dollars? Bill With Shark is a shrewd bit of philosophical and capitalist commentary: the once-voracious, aging Gates catching his own reflection and contemplating the work’s title. Of course, the deeper reveal came to the art world when Hirst sold this and other works at Sotheby’s last September for nearly $200 million, cutting out the middleman and raising the real possibility of the death of the art dealer. 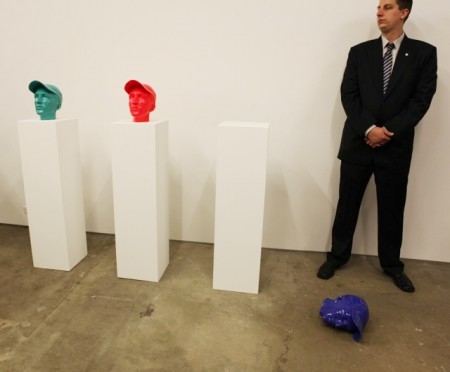 Brian Donnelly has been compared to Jean-Michel Basquiat and Keith Haring, both of whom straddled the divide between street and institutional art. But Donnelly has arguably surpassed them with his one-man empire. Business at his Tokyo-based company OriginalFake, created as an outlet for his art and related merchandise, is thriving. During his February L.A. gallery show — just his second solo exhibition ever — the line to enter snaked seven blocks; Lance Armstrong bought the biggest painting. The guy who just a few years ago was hiding in bushes to evade anti-graffiti officers is now being courted by megabrands that want his signature graphic treatment on their products. Mostly, he’d rather not. “I only like to work with companies that are part of my life already,” says Donnelly, who has said yes to Marc Jacobs, Nike, and Levi’s. 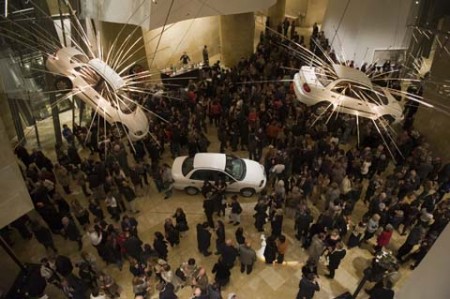 When not drawing — and detonating — pictures made from gunpowder or staging massive outdoor “explosion events” like the fireworks at the opening and closing ceremonies of the 2008 Beijing Olympics, Cai Guo-Qiang is busy breaking records. His 14 gunpowder pieces sold at Christie’s in Hong Kong in 2007 for $9.5 million, an all-time auction high for contemporary Chinese art. He’s the first Chinese artist to snag a Venice Biennale award and the first living artist to have a solo show in a state-operated Chinese museum. The seven white sedans he suspended from the ceiling at the Guggenheim in New York last year left the art world chattering about American car culture.