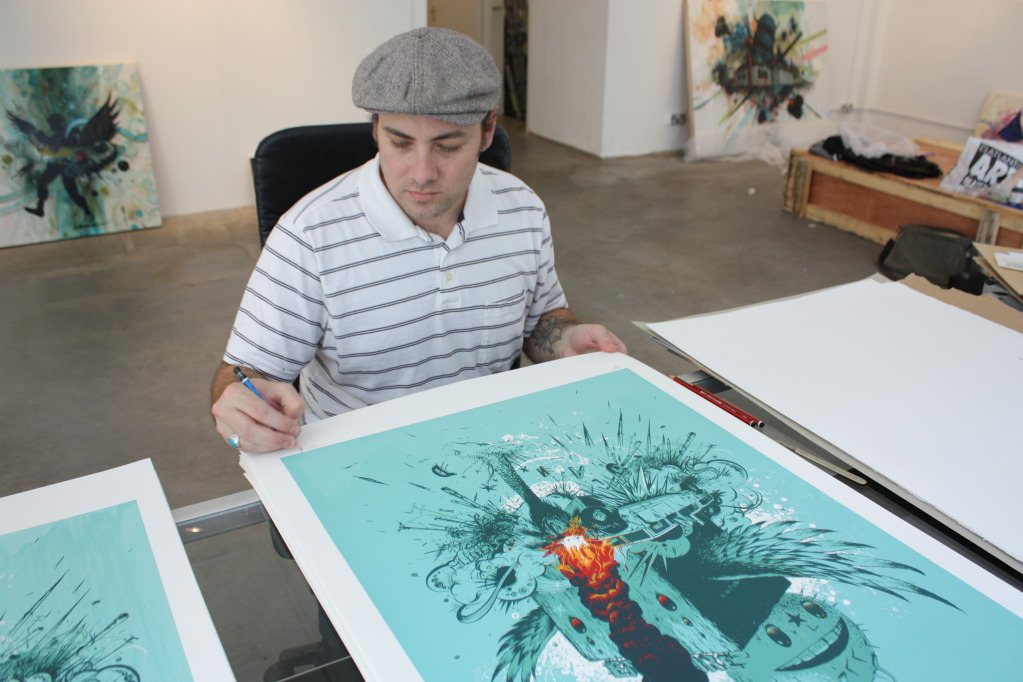 AM stopped by for an early look at the new limited edition Jeff Soto will be releasing named “Inland Empire” – a 5 color hand-pulled screen print.Â  Soto’s similarily named show “Inland Empire” (teased) is set to open this weekend at StolenSpace. Limited to 65 this 75 x 55cm, this print will cost Â£75 and will be available starting Friday on the gallery website as well as available at the show opening.Â  There will also be a single color screen print available that will be hand finished by Jeff in a low edition.

Expect more extensive coverage of this show soon, but for now take a look at the entire print image after the jump. 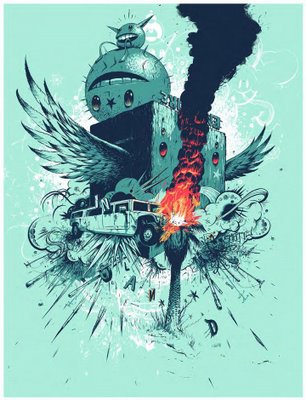