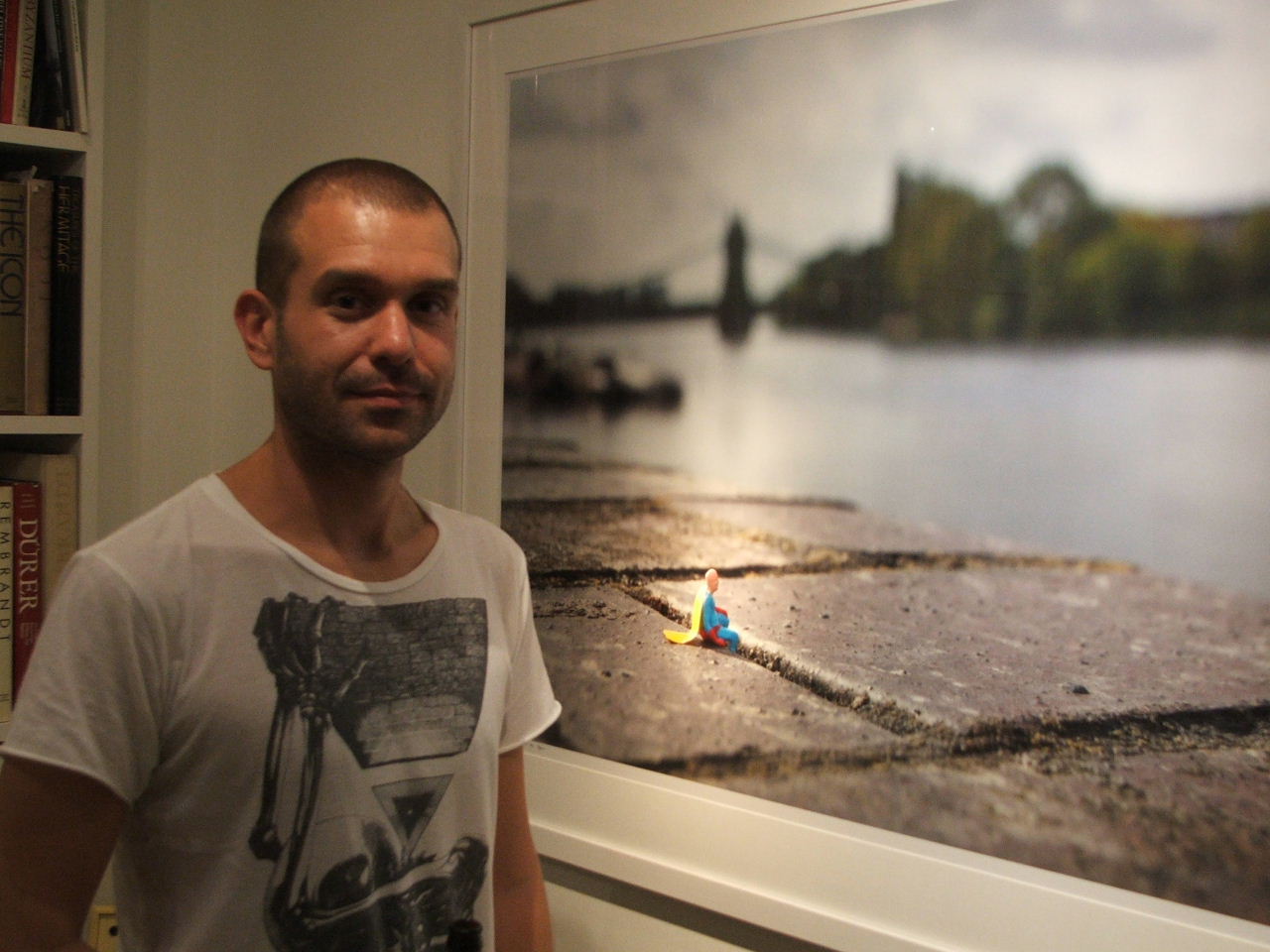 Anyone who has watched the recently released movie “Watchmen” will recognize the themes behind images of fat and balding superheros in miniature photographer and artist Slinkachu’s newest show. AM brings you coverage from the special preview of his show “Whatever Happened to the Men of Tomorrow” at Andipa Gallery. The UK “street” artist, who first gained fame for his “Little People Project” (photographs of tiny models in the streets of London), named this show after Alan Moore’s similarly named book which explores what happens to Superman after he disappears from the public eye. Once again, Slinkachu uses his humor and irony to re-interpret a concept for a successful body of work. Take a look at all the photos as well as an awesome installation piece after the jump. 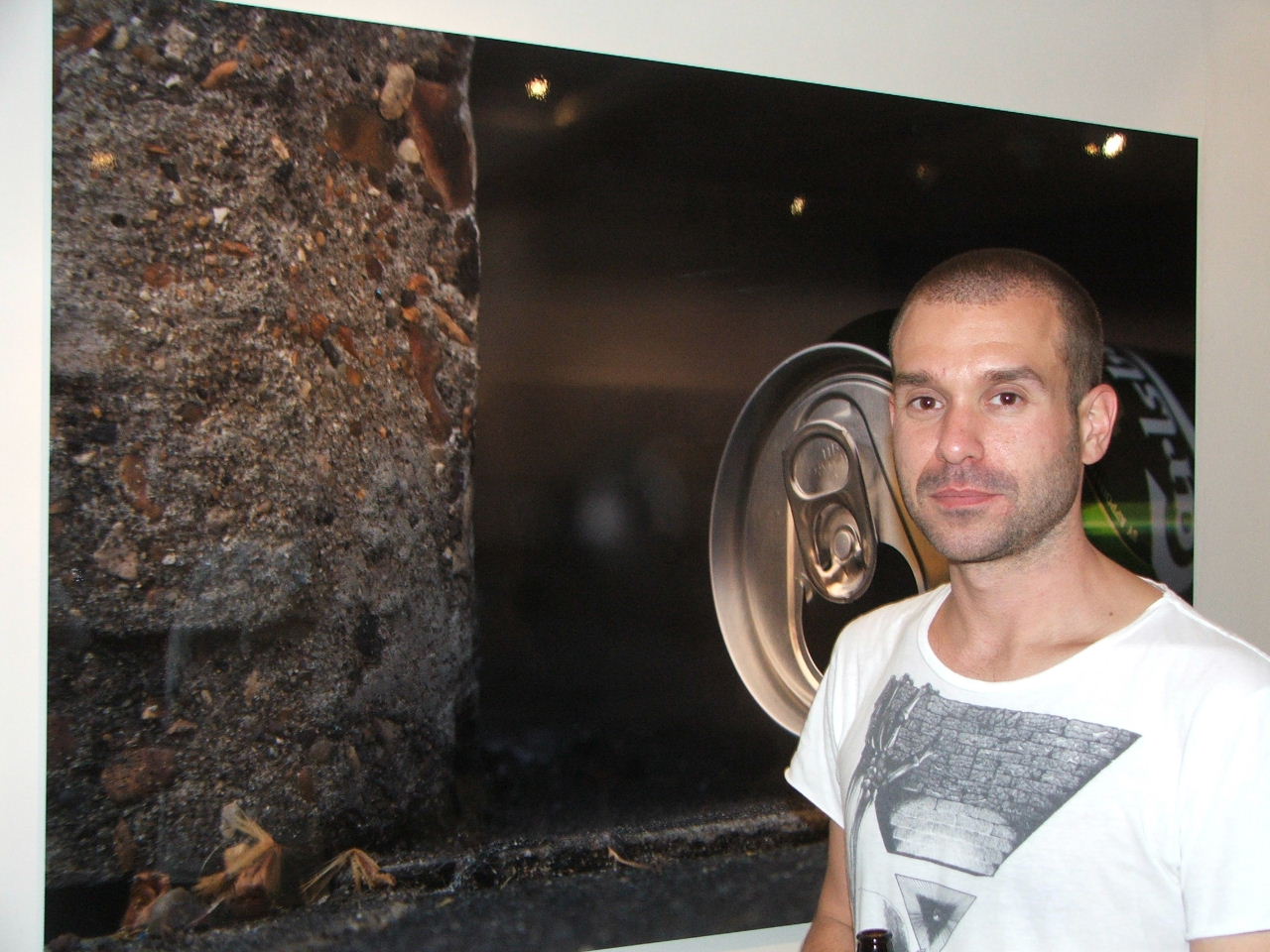 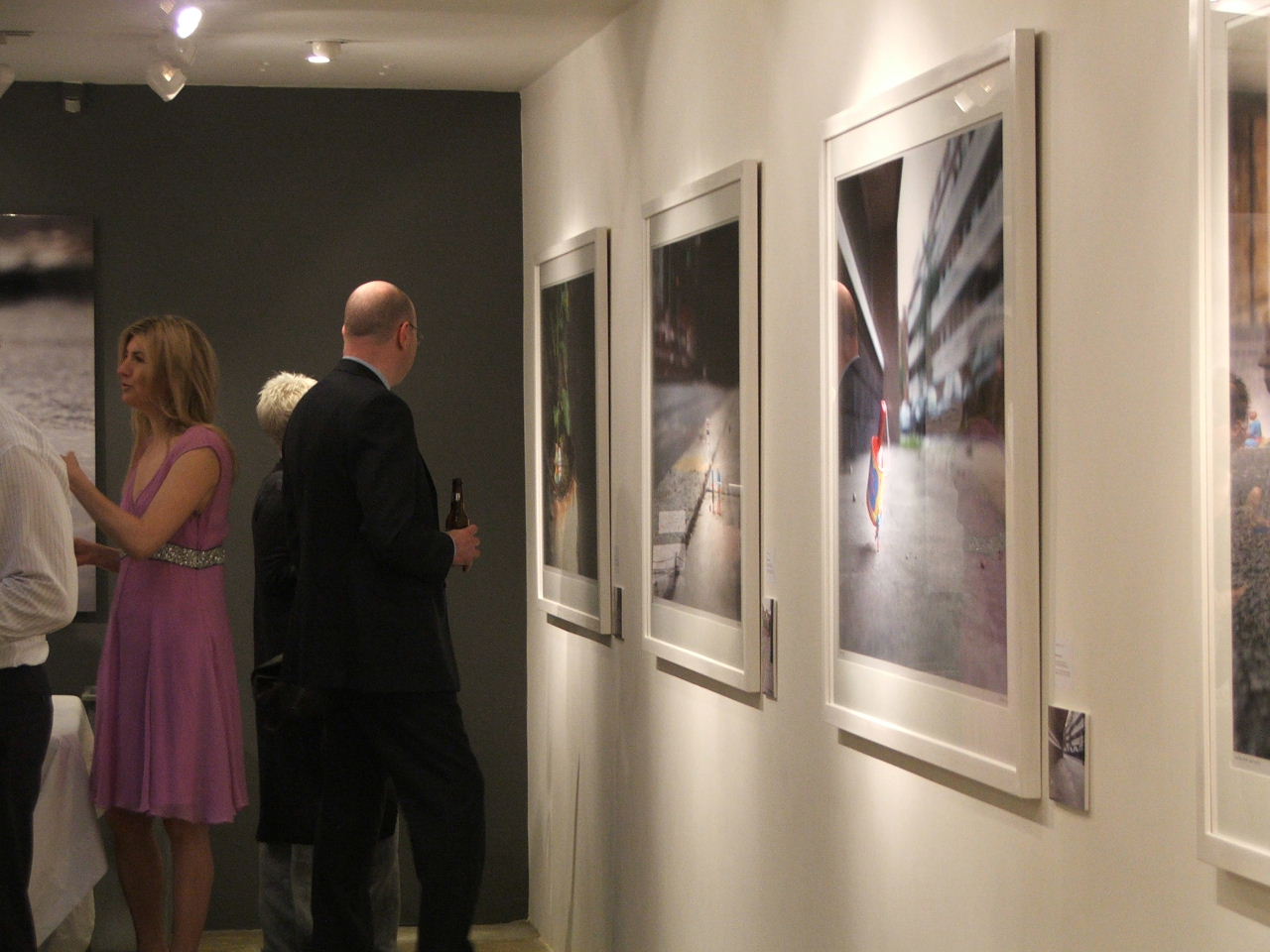 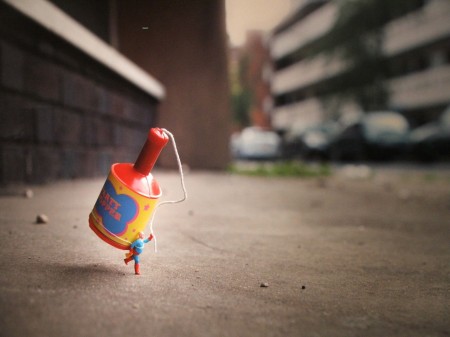 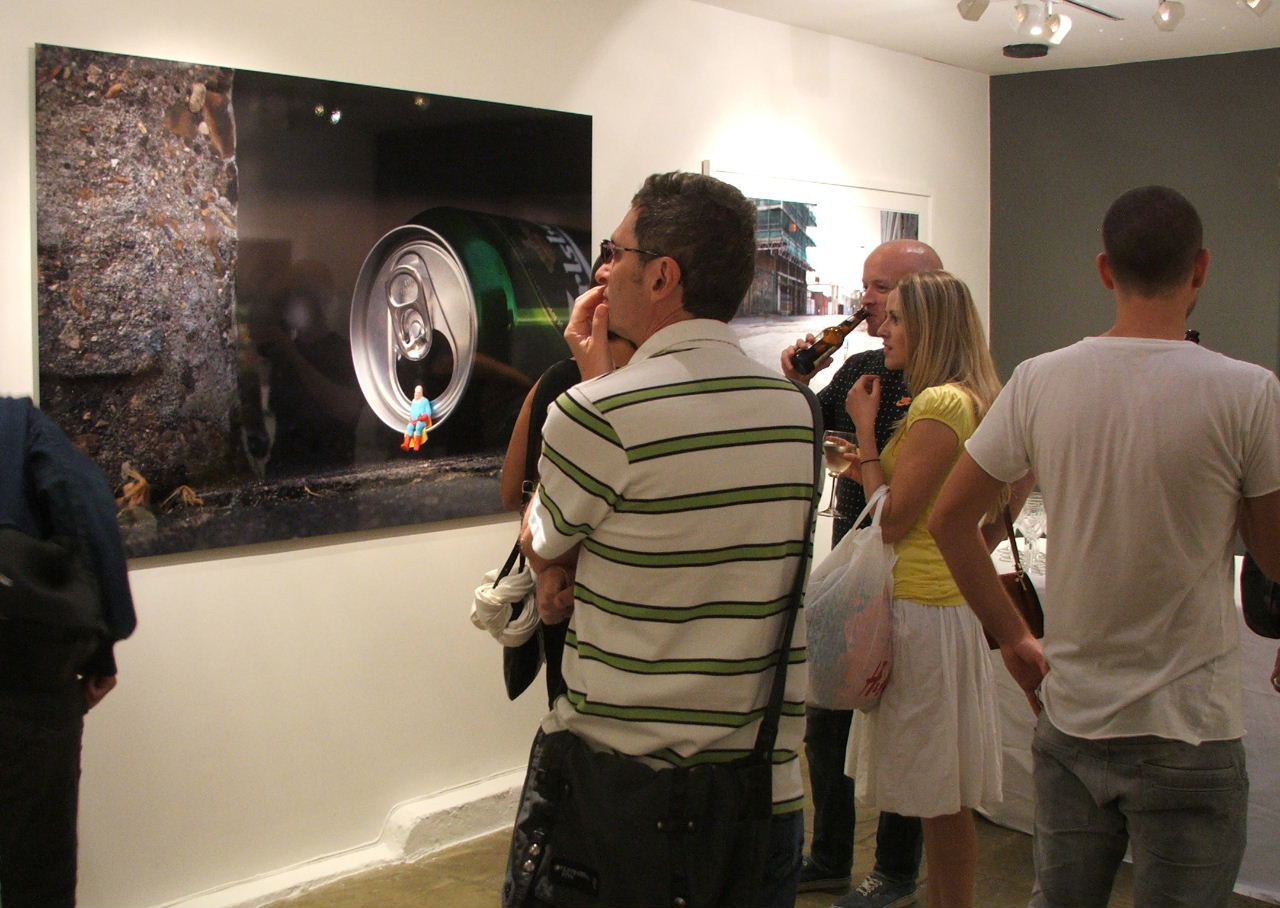 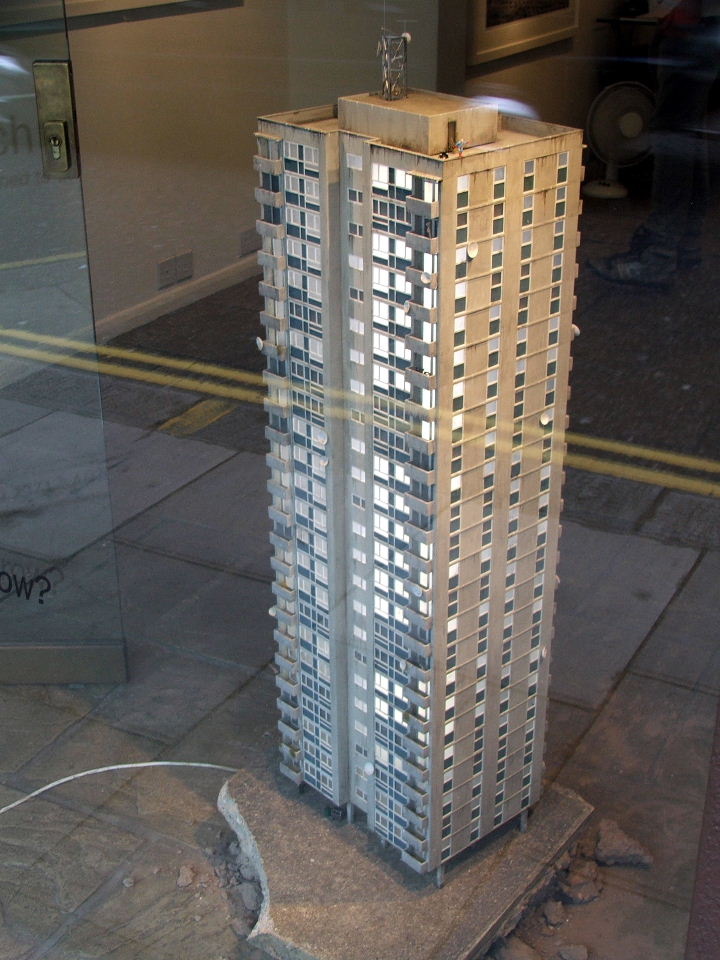 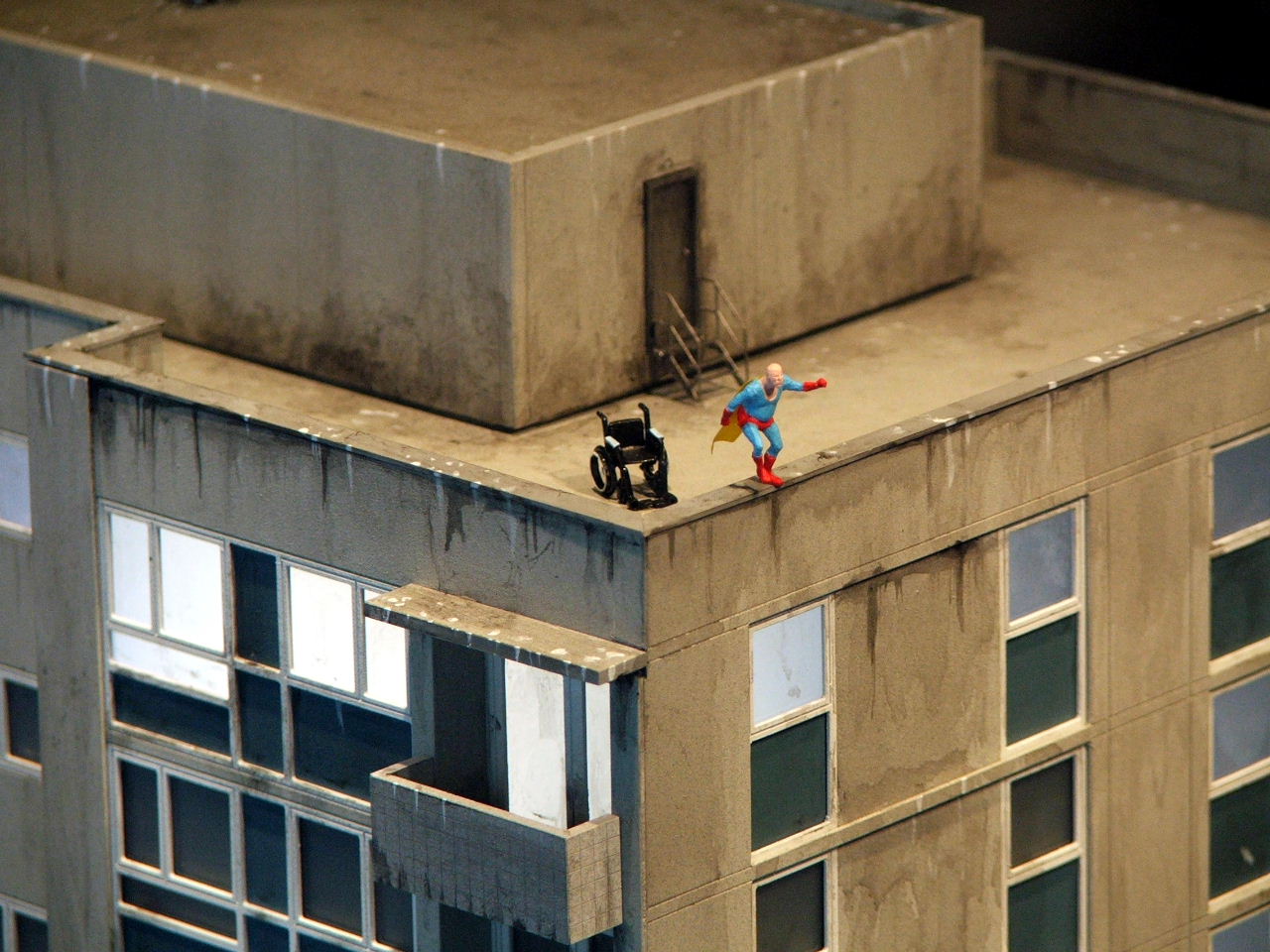 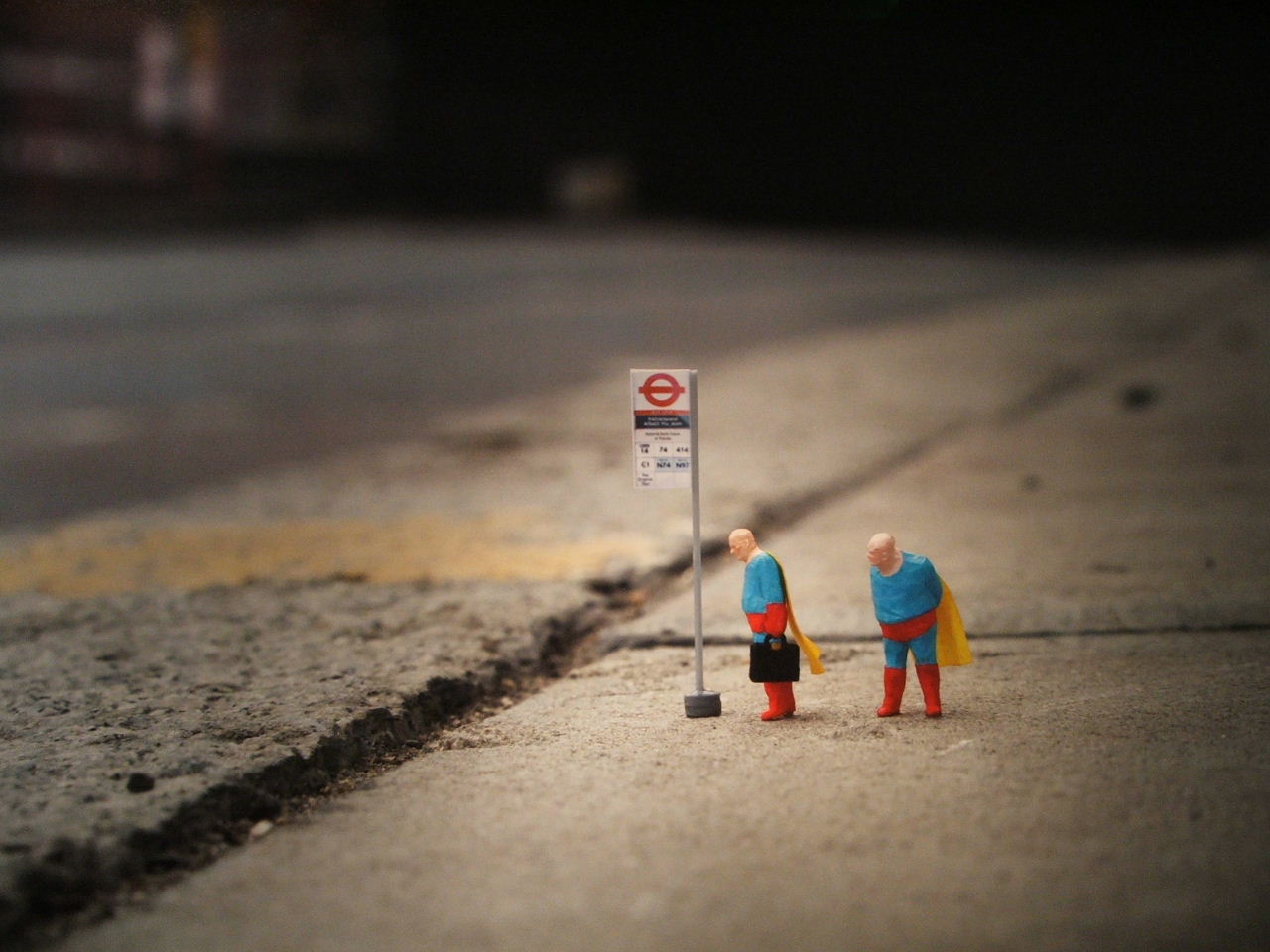 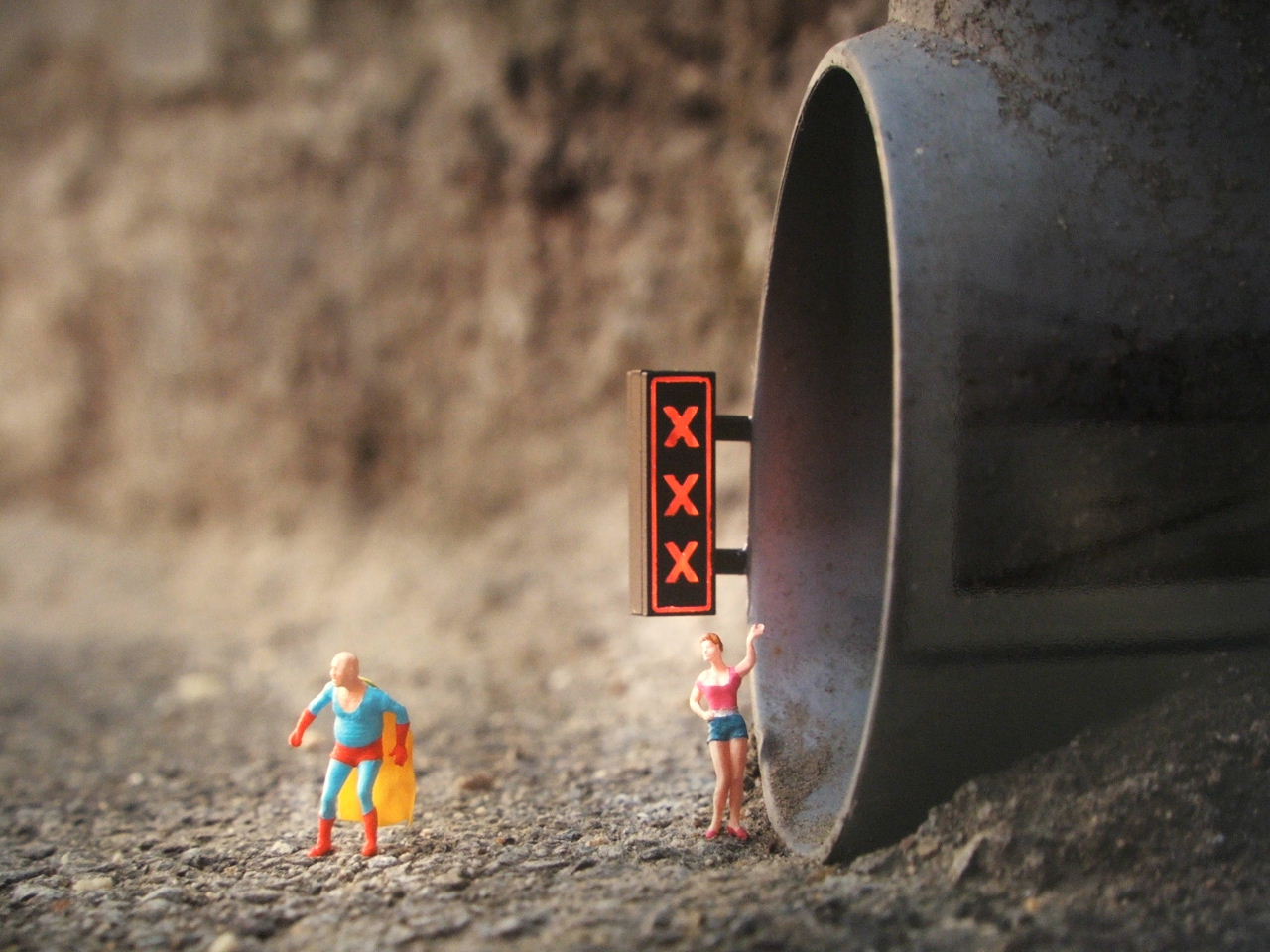