Mark Flood is a Texan who produces work that mocks popular American culture and the contemporary art world. His signs on cardboard poke fun at the prestige that culture places on paintings, with such messages as “Another Painting” or “25 More Paintings.” His collages of mutated celebrity portraits challenge people’s perceptions of their relationship with “celebrity” – are you interested in the person themselves or their image as depicted in the poster? How is the feedback to your head affected when that picture is tweaked? Is celebrity really about the person or is it completely about the image?

Not limiting his medium to the visual arts, Flood’s early 80’s industrial/punk band Cultercide made its mark on the international music scene of that day, having released the classic satirical album Tacky Souvenirs of Pre-Revolutionary America (it was put out of print for having an album’s worth of copyright infringements as they just sang over the huge pop hits of their time). 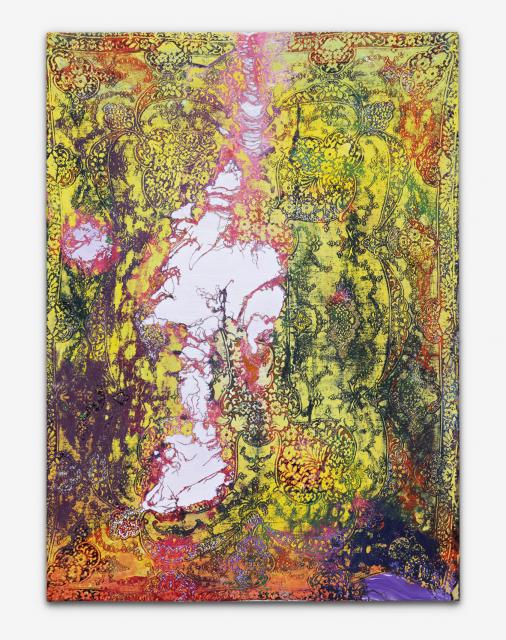 Flood also produces intricate paintings that are seductively beautiful and absorbing. When he originally discovered this new and revolutionary technical lace painting method, he never thought it would ever garner gallery success or that people would like it. Turns out, the lace paintings became his most popular pieces and are usually included in each of his solo exhibitions. They (as well as other Flood pieces and works by John Kleckner) are featured at the Peres Projects booth at Liste 2009 during Basel Week in Switzerland. His exhibitions typically feature a balance of the opposing forces of the aesthetically beautiful, albeit intellectually unstimulating lace paintings with the cheap, visually ugly, yet conceptually challenging signs, collages, and other pieces. 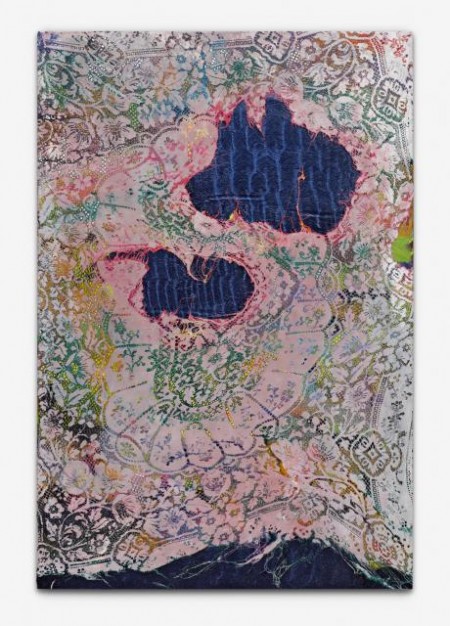 Mark Flood has the support of and representation from Peres Projects and Zach Feuer Gallery, two of the most influential and exciting galleries in contemporary art. Needless to say, with that type of backing, this is one artist you should pay attention to. His current solo exhibition runs through July 10 at Zach Feuer Gallery. His next show after Basel Week will be in Athens at ReMap2. All images courtesy Peres Projects. Liste is “The Young Art Fair in Basel” and opens to the public June 9. 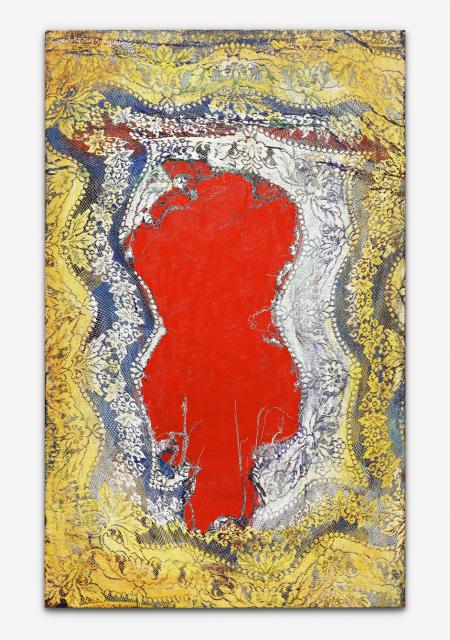