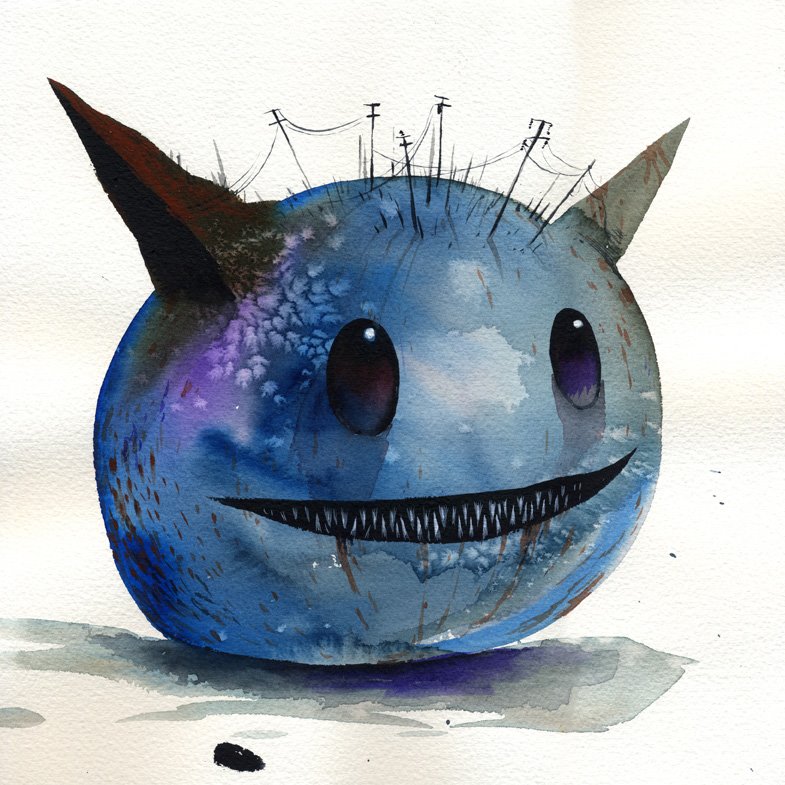 One thing you have to respect about Jeff Soto’s (interviewed) work is his willingness to experiment when it would have been easy to just keep painting robots and other familiar imagery. As evidenced by this RAM show and his first UK solo show, he has definitely moved on (although it’s nice to see his stunning return to the streets – here & here, something hopefully he will continue).Â

Here, we see him having some fun with watercolors, which he will be sending to the Whammy! show that we previously mentioned.