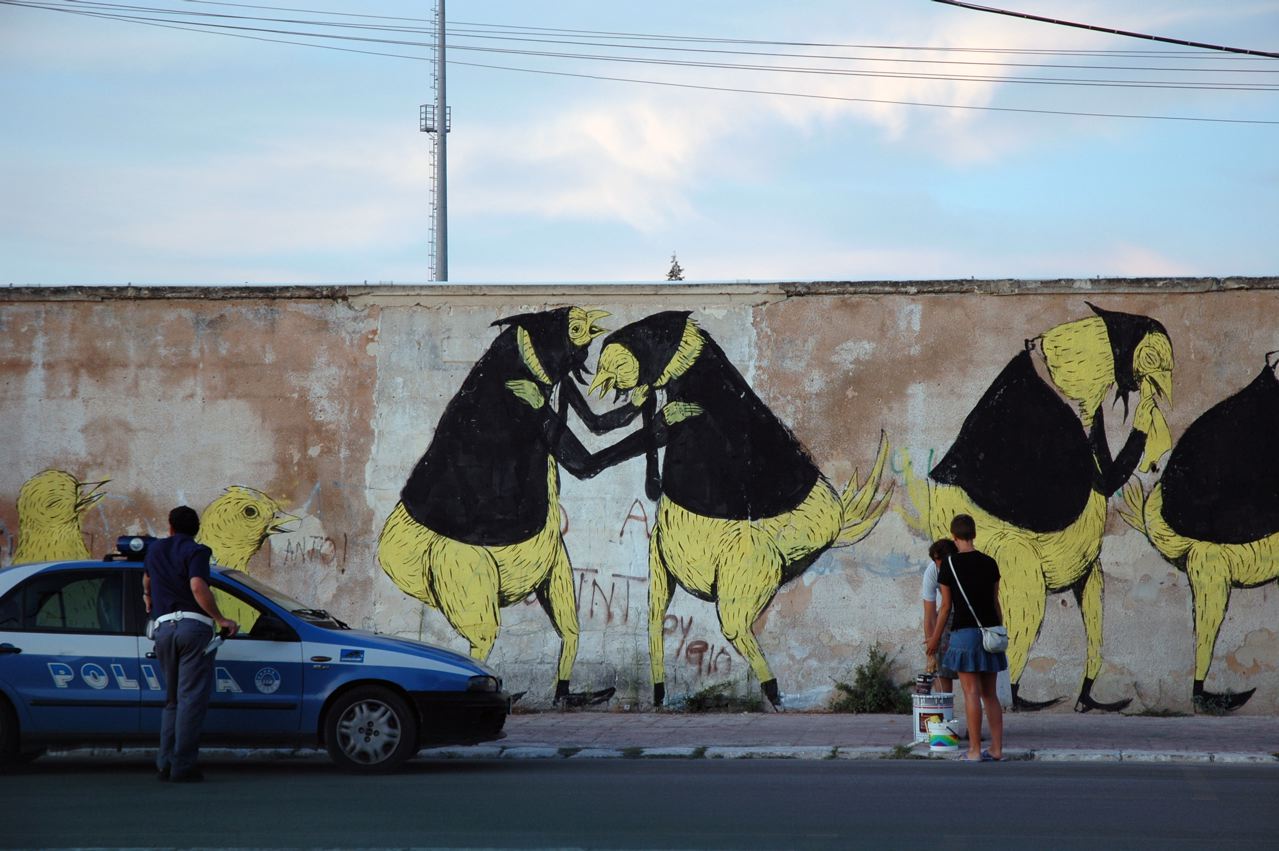 Ericailcane, one of the stars of last year’s event, has returned toÂ FAME Festival (our coverage here). This newly finished mural is very touching and is an interesting continuation of Blu’s statement about the pollution that has devastated Grottaglie in recent years. As directorÂ Angelo Milano informed AM, one of the festival’s primary goals is “to attract attention to some very filthy moves by the town politicians, who have installed a huge (and constantly growing) special wastes dump on our territory. Trash is coming all the way down from northern Italy, Germany and Europe in general and it really does not make sense. ” Not only is the environmental pollution destroying the land, it is killing the people of Taranto, the province in which Grottaglie is located.

Unfortunately, the local police force were less than impressed with Ericailcane’s efforts, causing bother for him and the FAME crew as they worked away.