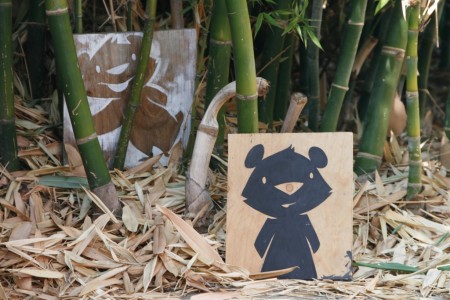 Last time we caught up with Philip Lumbang, he was on his hands and knees detailing stencils and collages in preparation for Shepard Fairey’s ICA Retrospective. The Studio Number One and Obey Giant studio assistant is coming into his own recently. Known for his unique play on colors and silhouettes on found mediums, we’re excited to see what this show has in store for the young artist. PhilÂ isÂ also featured on the cover of this month’s Giant Robot magazine.

On Saturday, September 12th, Phil is transforming an LAÂ warehouse into a Pop-Up gallery forÂ aÂ solo show – “Hug Life.” It’s going to be a celebration of life,Â culture and musicÂ so get there for the opening night partyÂ featuring special guestÂ performances by DJ Diabetic (Shepard Fairey) and Intricate Machines.

AM brings you an exclusive preview after the jump. 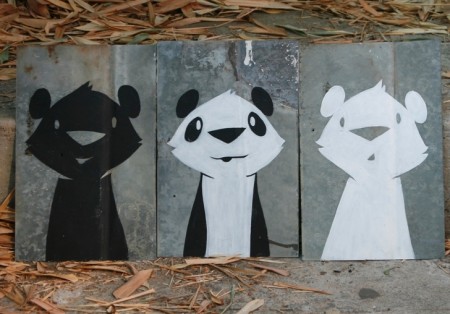 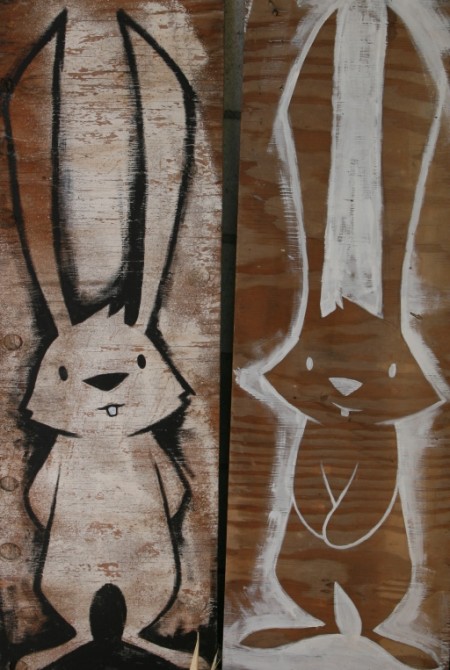 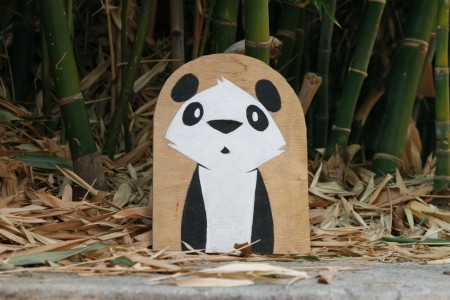 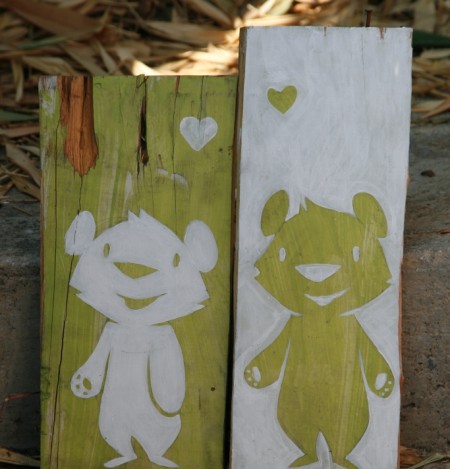 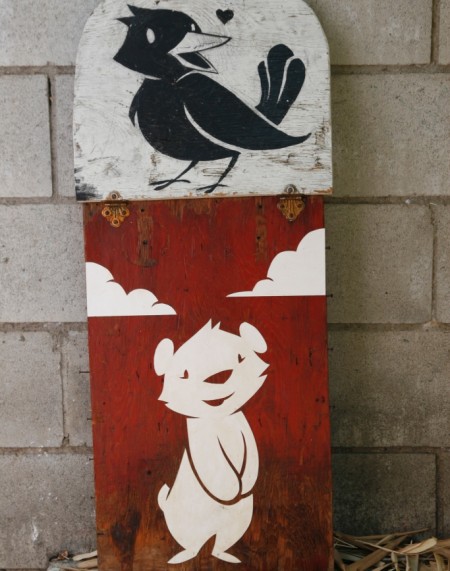