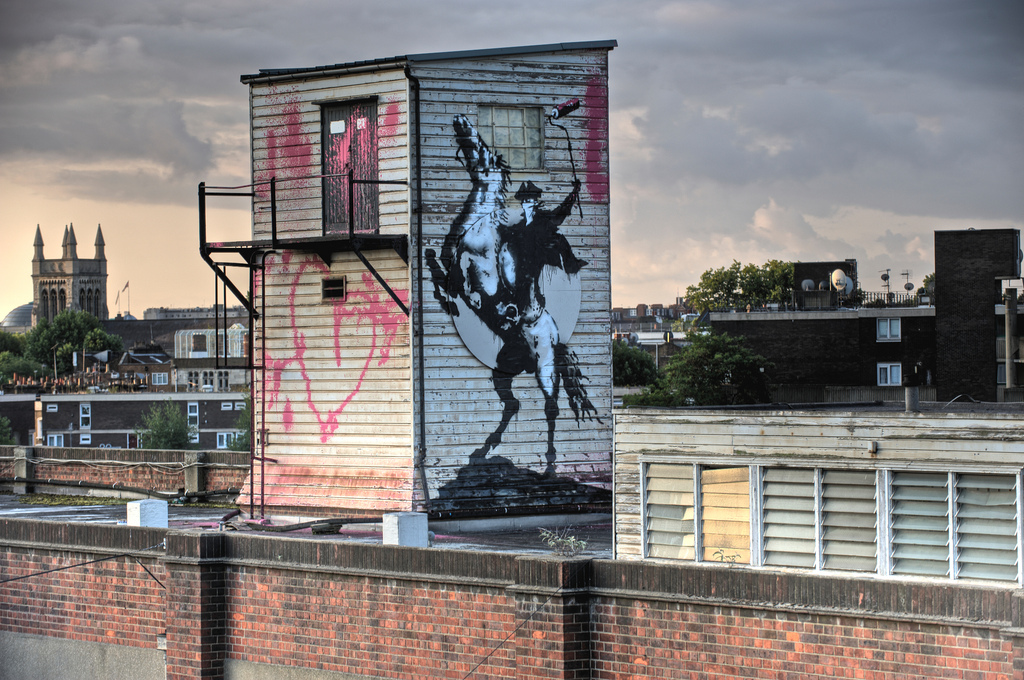 No official word from the Banksy camp yet, but some signs point to a new stencil from Mr. B up near the A40 (looks to be on top of the Great Western Studios building) featuring a Zorro figure holding a roller and the words “Live Fast Drive Slow” on the other side of the building. With so many fakes and copycats out there these days, one must be careful identifying alleged pieces. But, the size of the piece as well as the fact the this image has been seen before at POW open day and in the Bristol Museum show, all indicate this probably is a new one from Banksy.

Awesome images from Romanywg as well mammal after the jump…