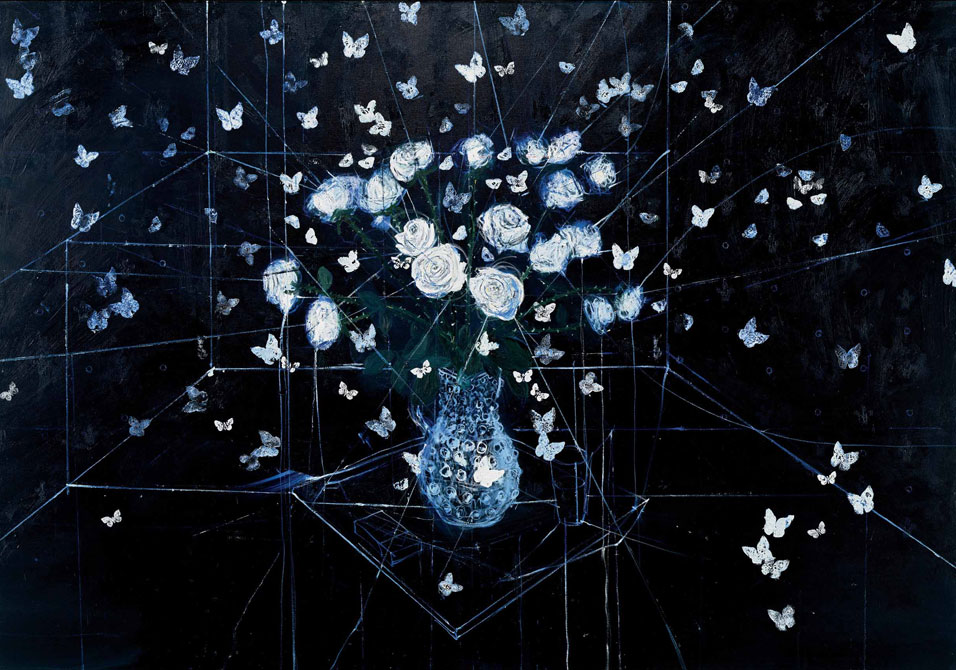 Damien Hirst will be exhibiting 25 new paintings (created from 2006 – 2008) at The Wallace Collection in London, opening on October 14th. It appears that Hirst is making his play at being recognized as a serious painter as all the pieces have been produced himself, without help from his cadre of assistants.Â  Or perhaps, he is just mindful of the times – “Hirst said that he wanted to be recognized as a ‘painter’ and acknowledged that the contemporary art market was struggling and that conceptual artists would find it increasingly difficult to sell their work in the current economic climate.”

In any event, “The Blue Paintings,” will include two self-portraits, two triptychs and several paintings featuring skulls (we had a first glimpse at Kiev), all exhibited alongside Old Master paintings in the museumâ€™s opulent galleries. If some of the works seem reminiscent of Francis Bacon, it is because Hirst himself admits that Bacon is a big influence for him.Â  He also admits that the paintings for his last show in New York “weren’t that great” and that critics were correct because “the worst review of all is when you read it and you agree with it.” However, he feels his “paintings are just infinitely better,” for this show, but we suppose you all can be the judge of that when the show opens.

Hirst will be the second living artist to have a solo show at the museum after Lucian Freud, who held an exhibition there in 2004, so perhaps the The Wallace Collection is trying to increase their appeal to a different maybe younger audience, but there are some whispers as to other reasons why such an incongruous choice was made when compared to their more traditional exhibitions.

For our lucky readers who have extra cash to spare and are so inclined, prices for receptions with a private view of the Hirst exhibition start at Â£8,000 + VAT.Â  Take a look at more images after the jump… 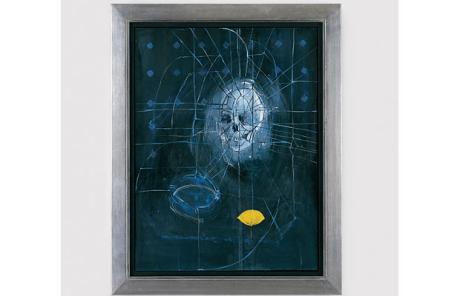 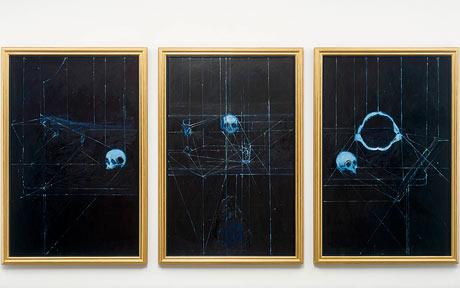 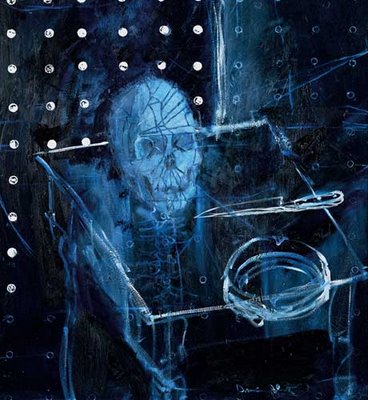