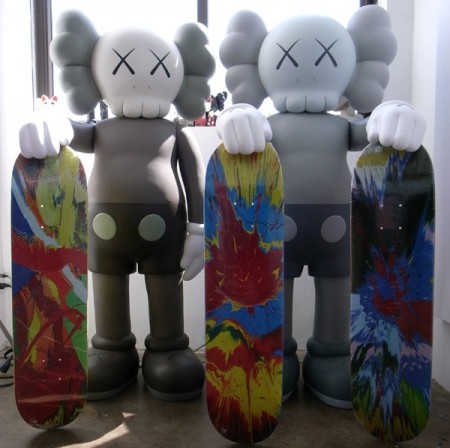 It seems like even KAWS and his 4-foot companions can’t stay away from these wooden gems. A few weeks ago we reported about the latest Damien Hirst “Artist Series” skate decks being releasing by Supreme. They go on sale today, 4/2, both online and at Supreme stores in Los Angeles and New York. Locations in Japan will have their release on Saturday, 4/4. Check out the video of Hirst talking about his creations and the Supreme skate team poppin’ ollies and shredding it.

Check the surprise after the jump. 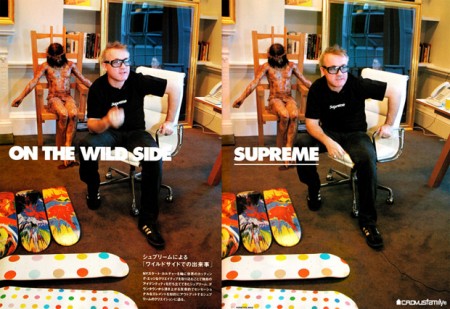 What’s this? AM spies Damien with what looks to be his famed “colored dots” made as decks! For those that don’t know, Supreme is known for creating a series of five decks every so often that form into a panoramic picture. Hint of another release? Bet that would look sweet on someone’s wall. Maybe Hirst should suspend our decks in formaldehyde…