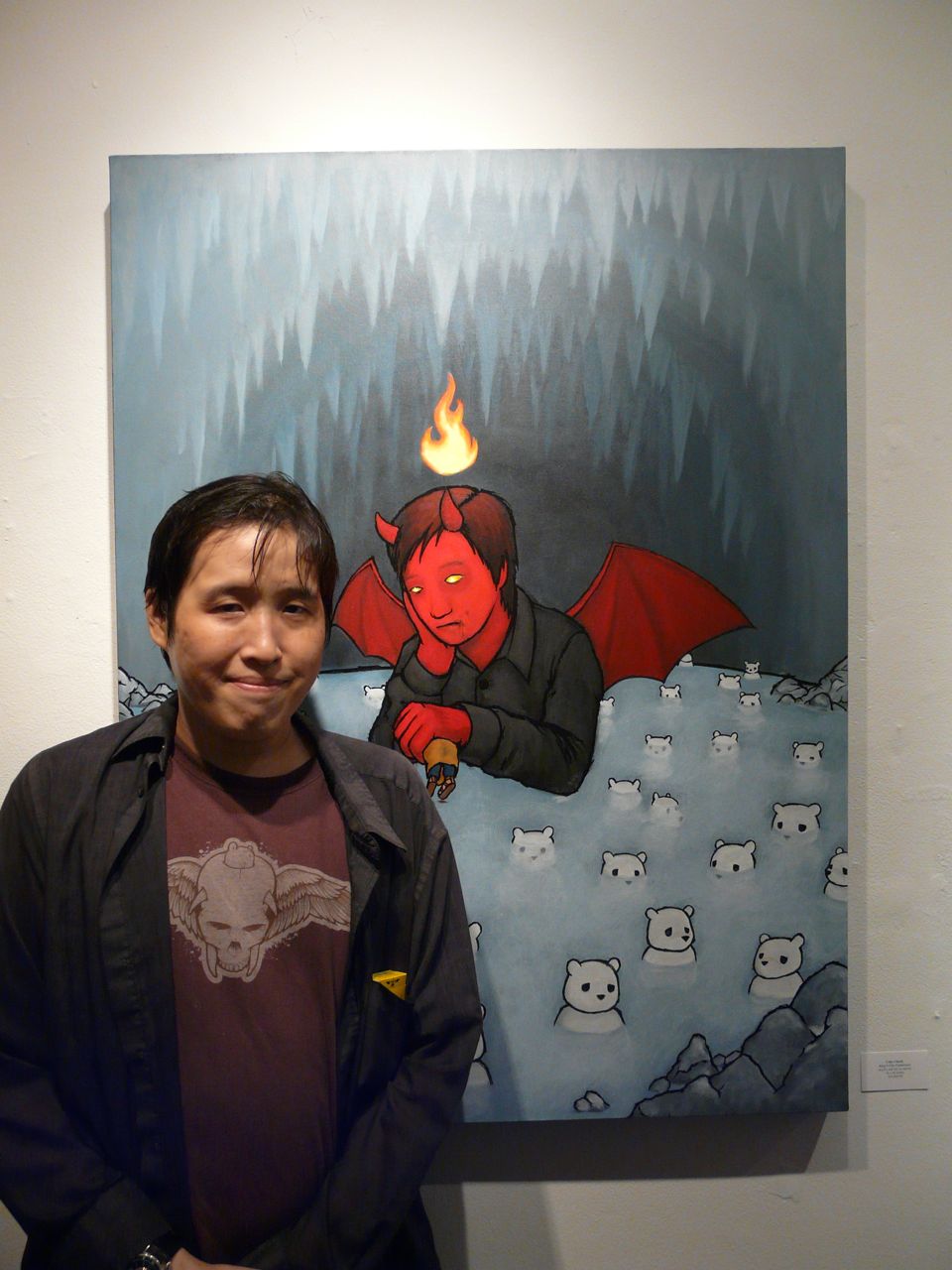 Luke Chueh (interviewed) “Inferno” opened last night in Los Angeles at Gallery 1988 to the delight of an expectant crowd who had gathered to see what Chueh had in store for them.Â  Those who had attended his last show at Corey Helford in March sensed hints of a slight change in direction from the creator of the iconic “Sad Bear.”Â Chueh delivered on multiple fronts with this body of work based on the first section (Inferno) of Dante Alighieri’s epic poem, the “Divine Comedy,” or commonly known as “Dante’s Inferno.”

Chueh not only showcased a progression of style to richer environments, landscapes, and more mature story-telling, but also put on display techniques and themes he had perfected over the last several years.Â  He seamlessly inserted his signature characters (as well as some new ones) into the his take on the different rings of Dante’s hell.Â  Those who are familiar with the story will realize the level of planning and detail Chueh put into this show.

Check out all the images after the jump… 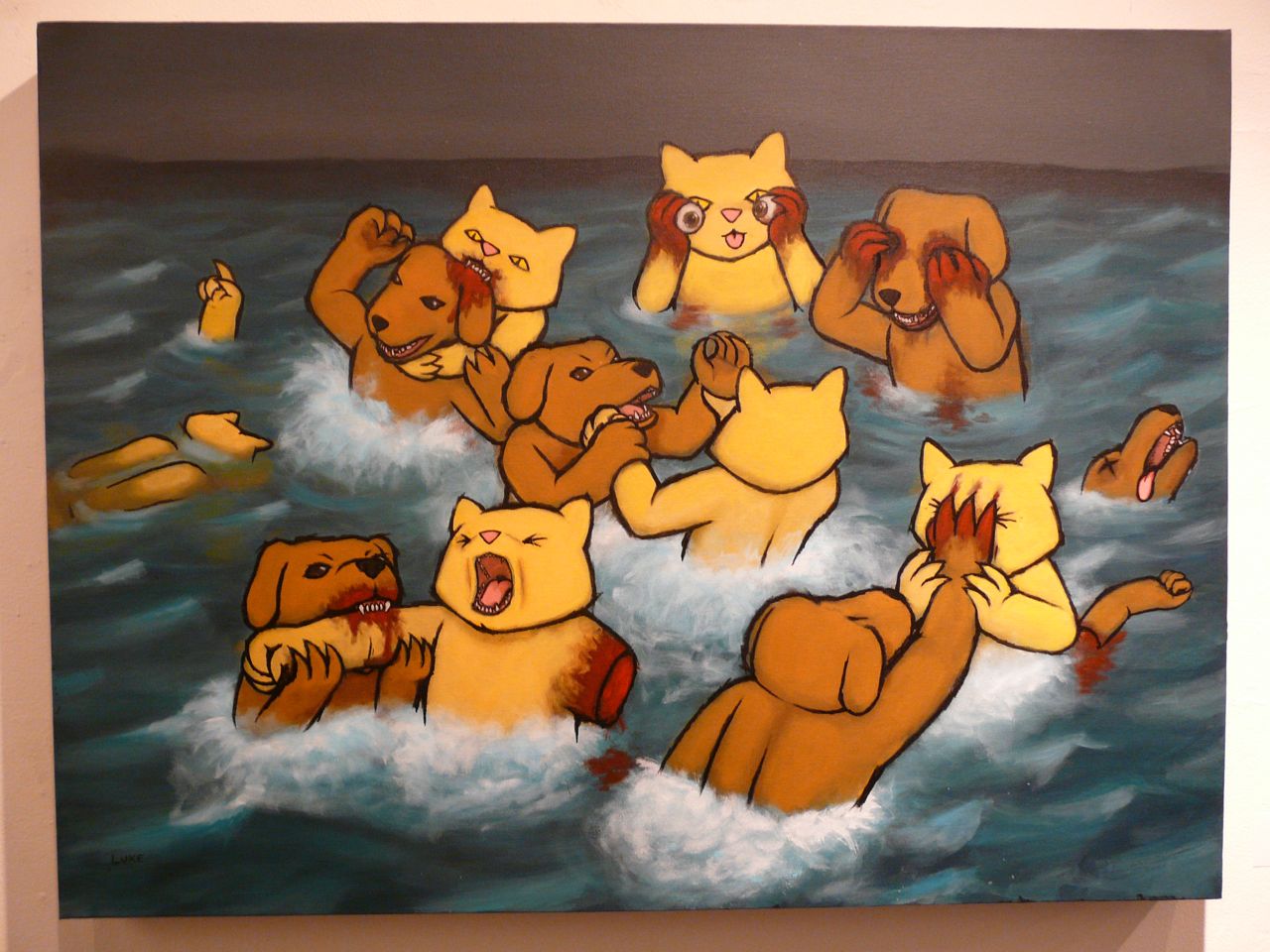 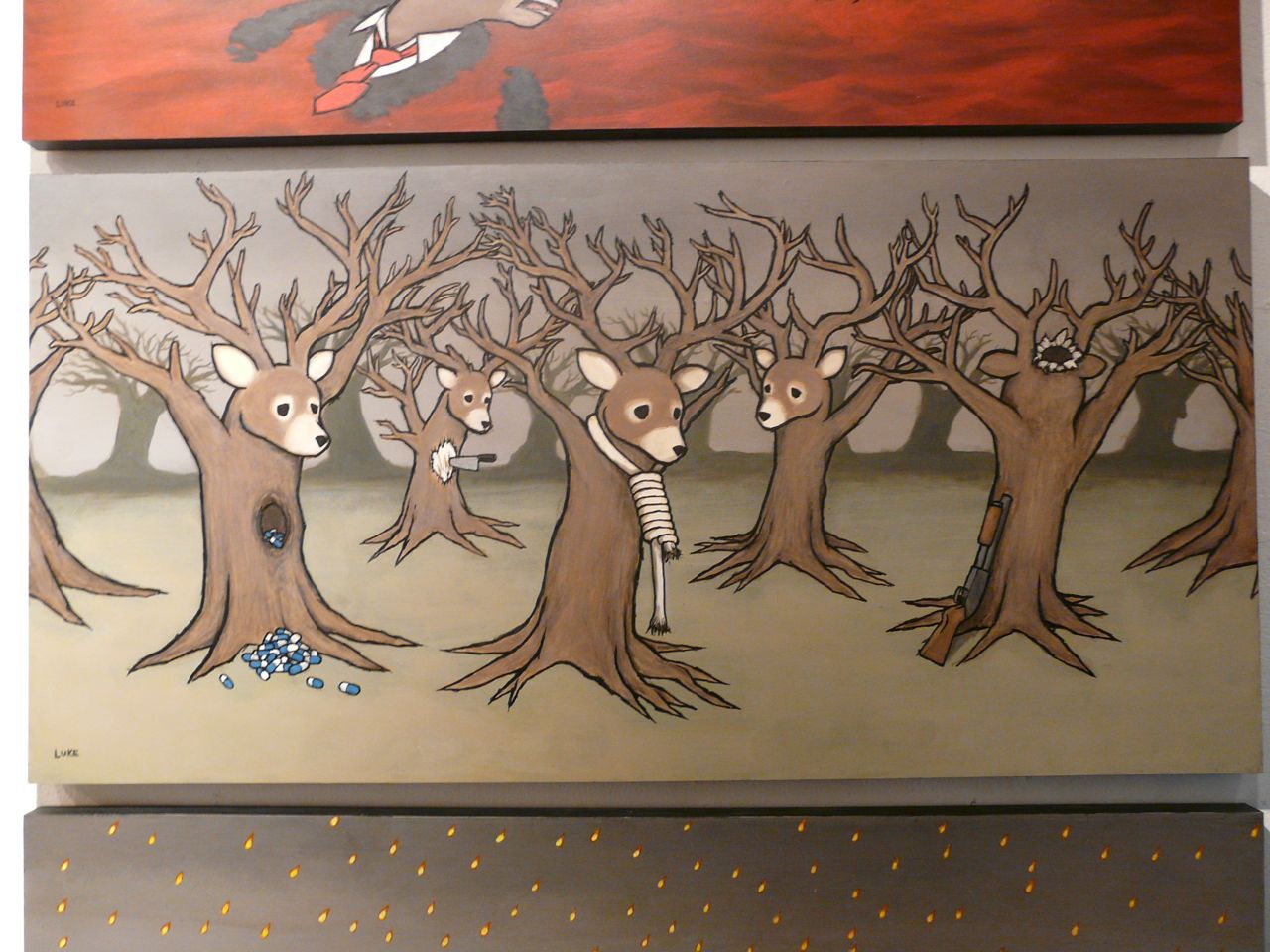 Those who commited suicides 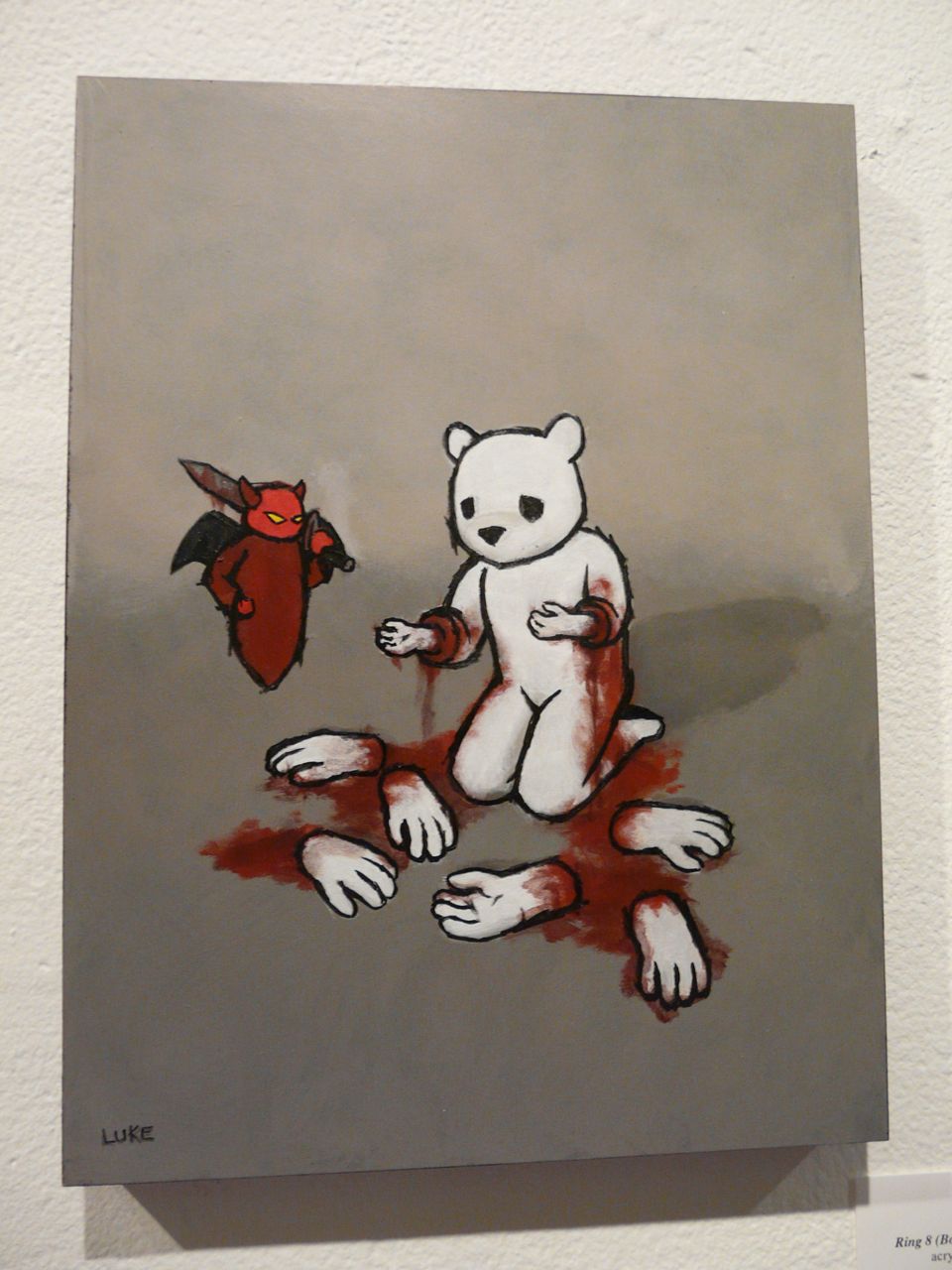 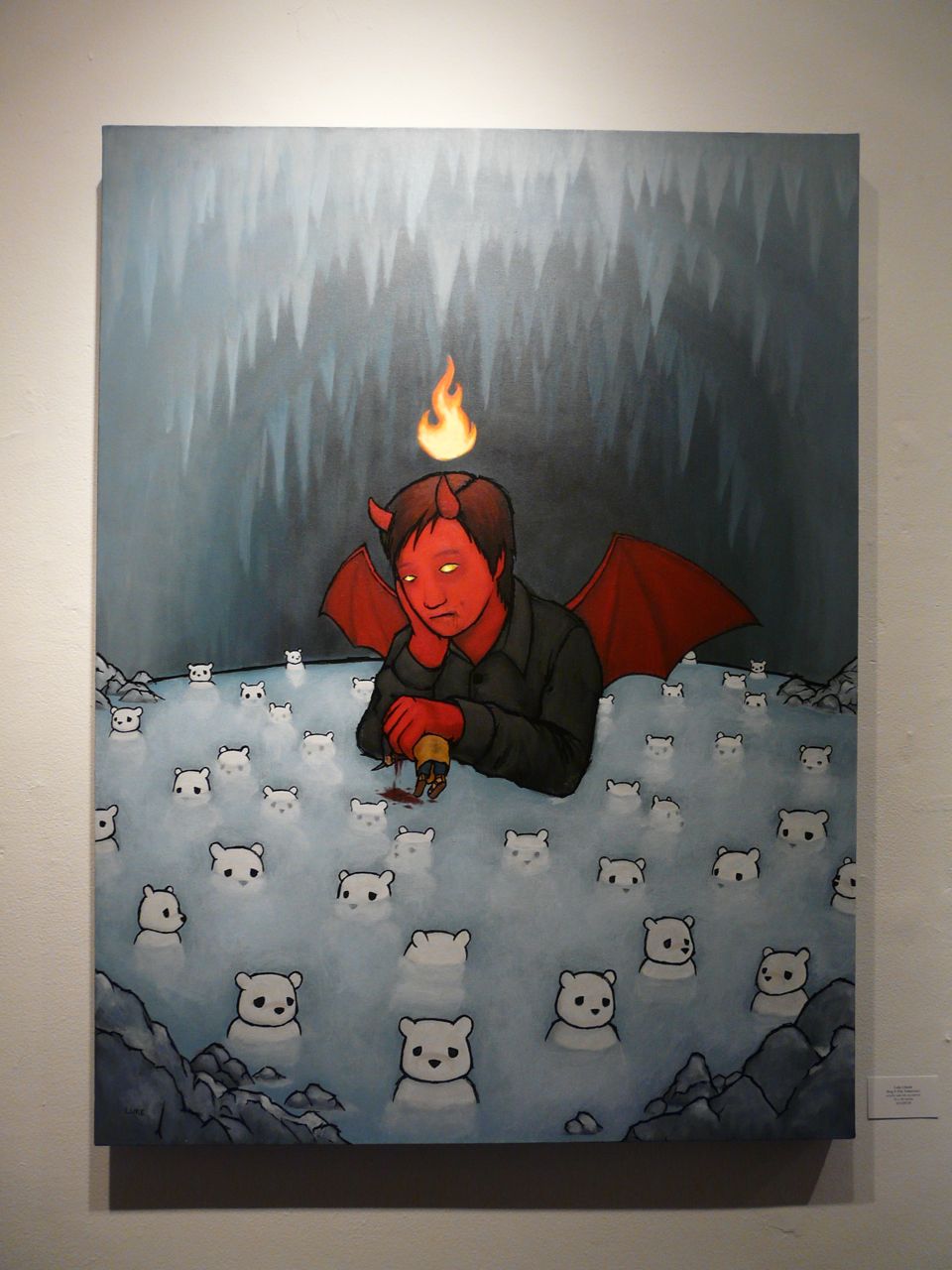 Self portrait as Satan 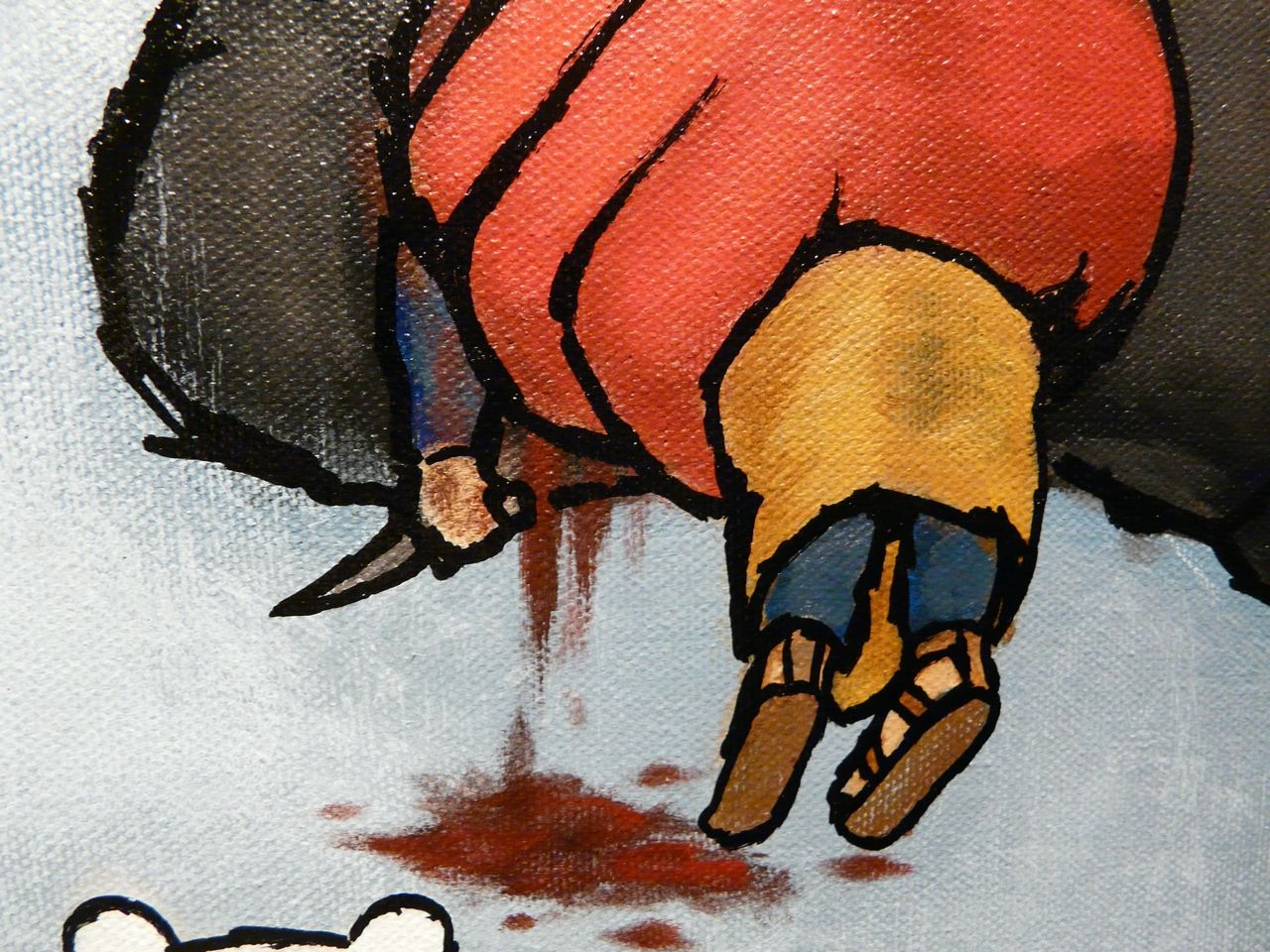 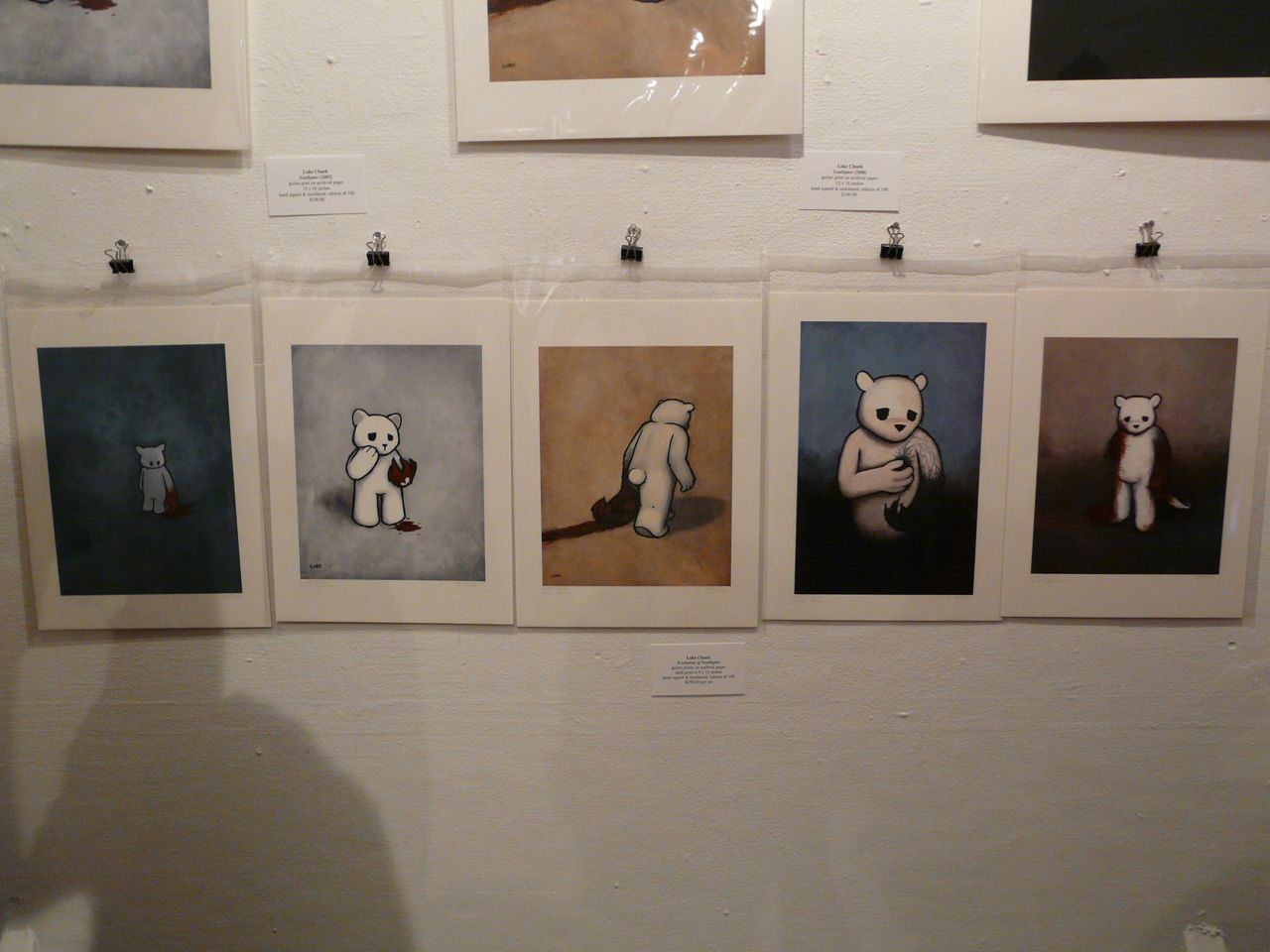 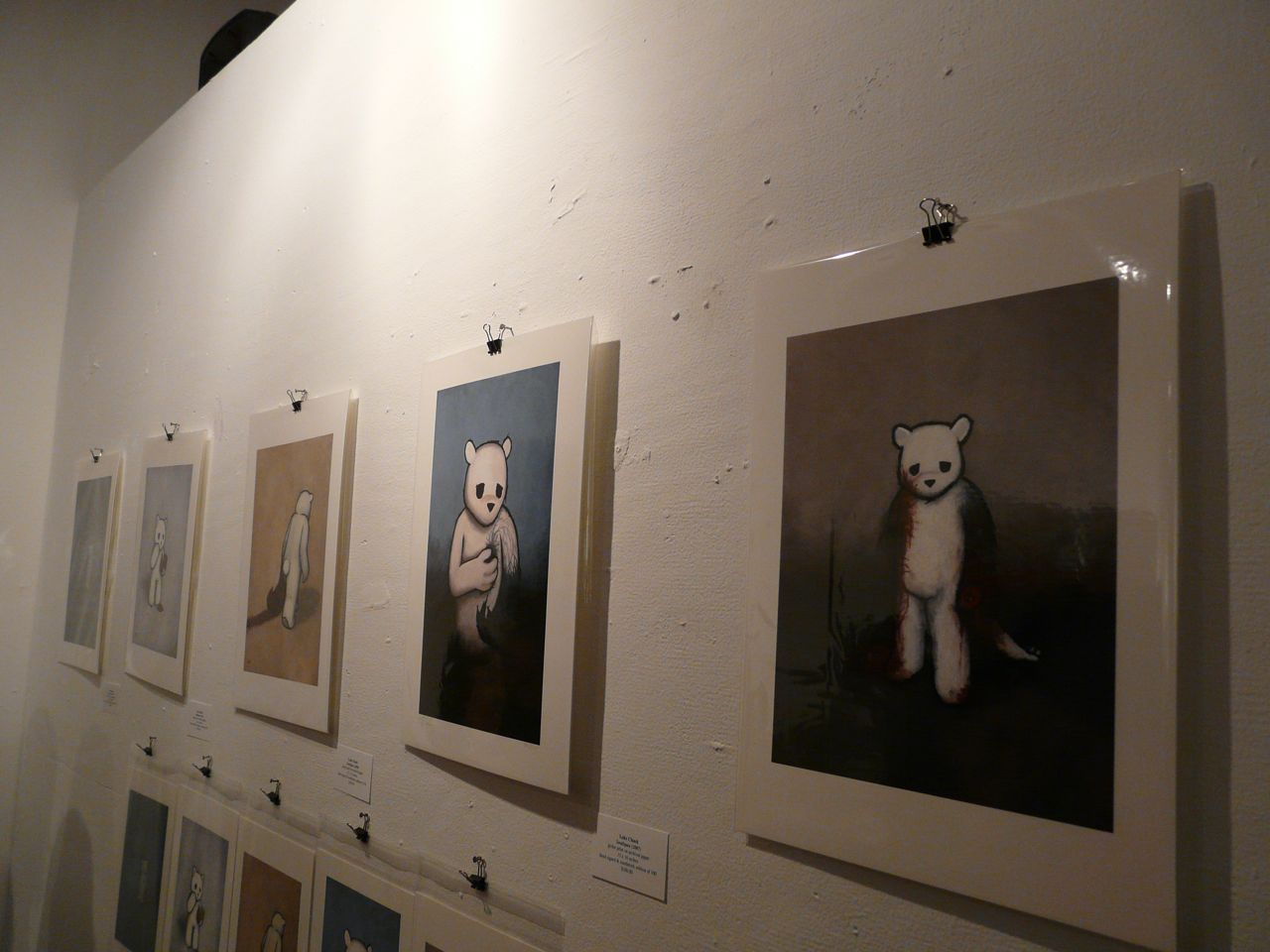 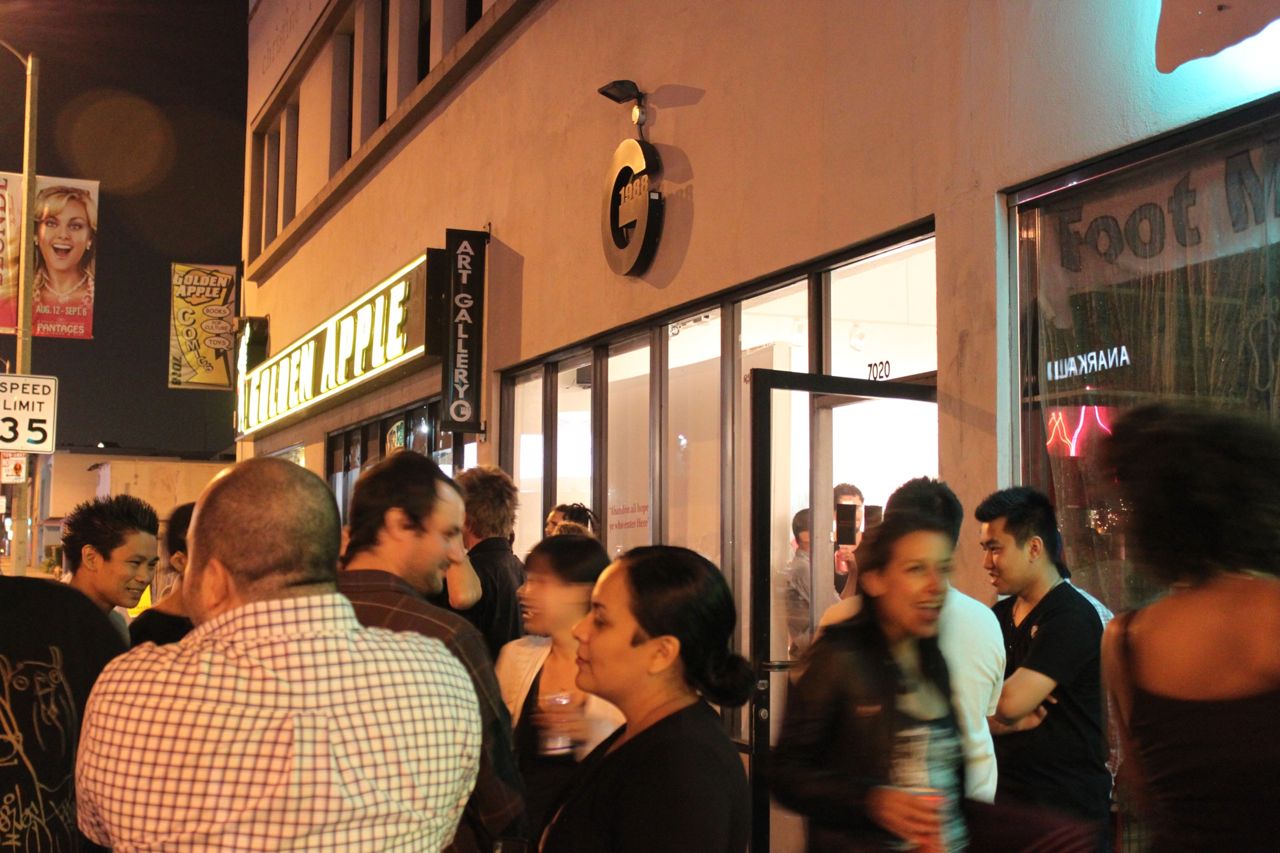 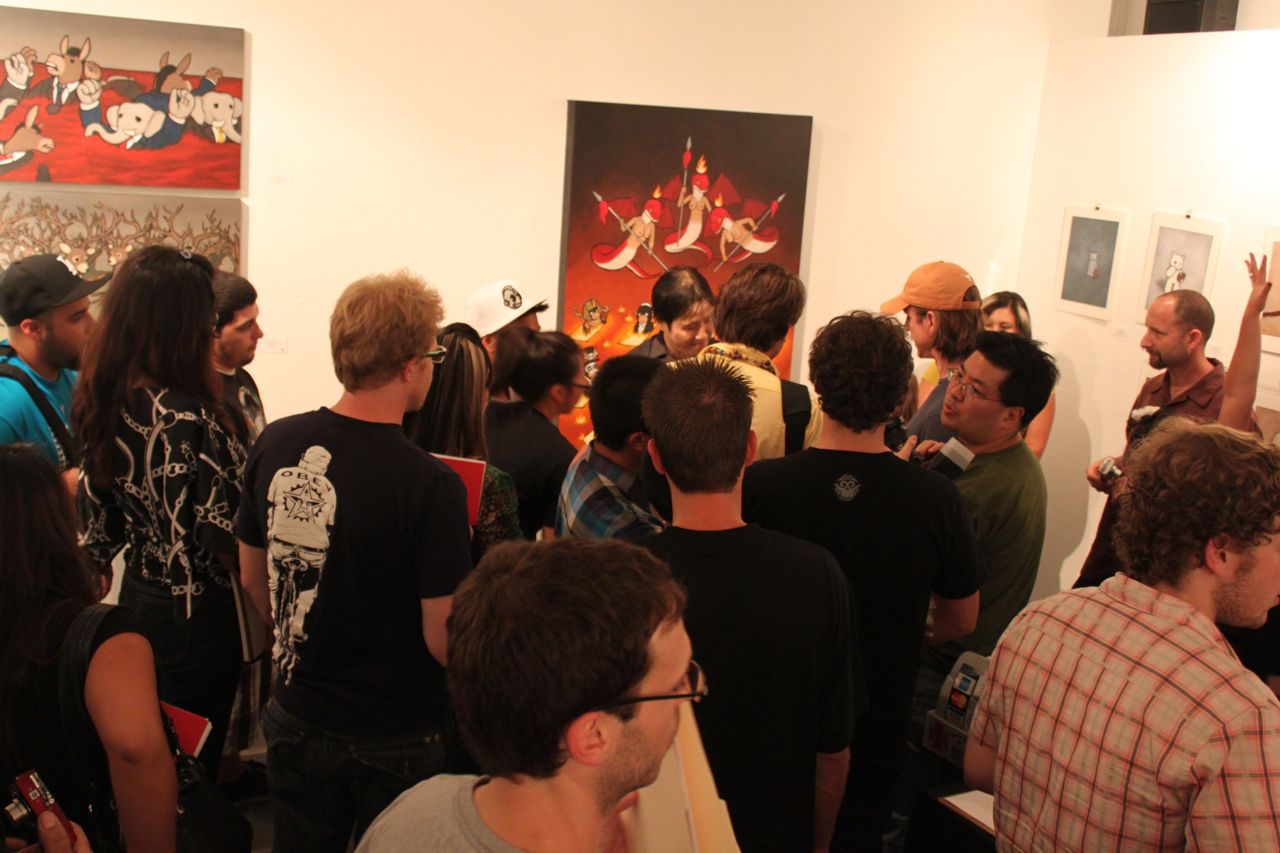 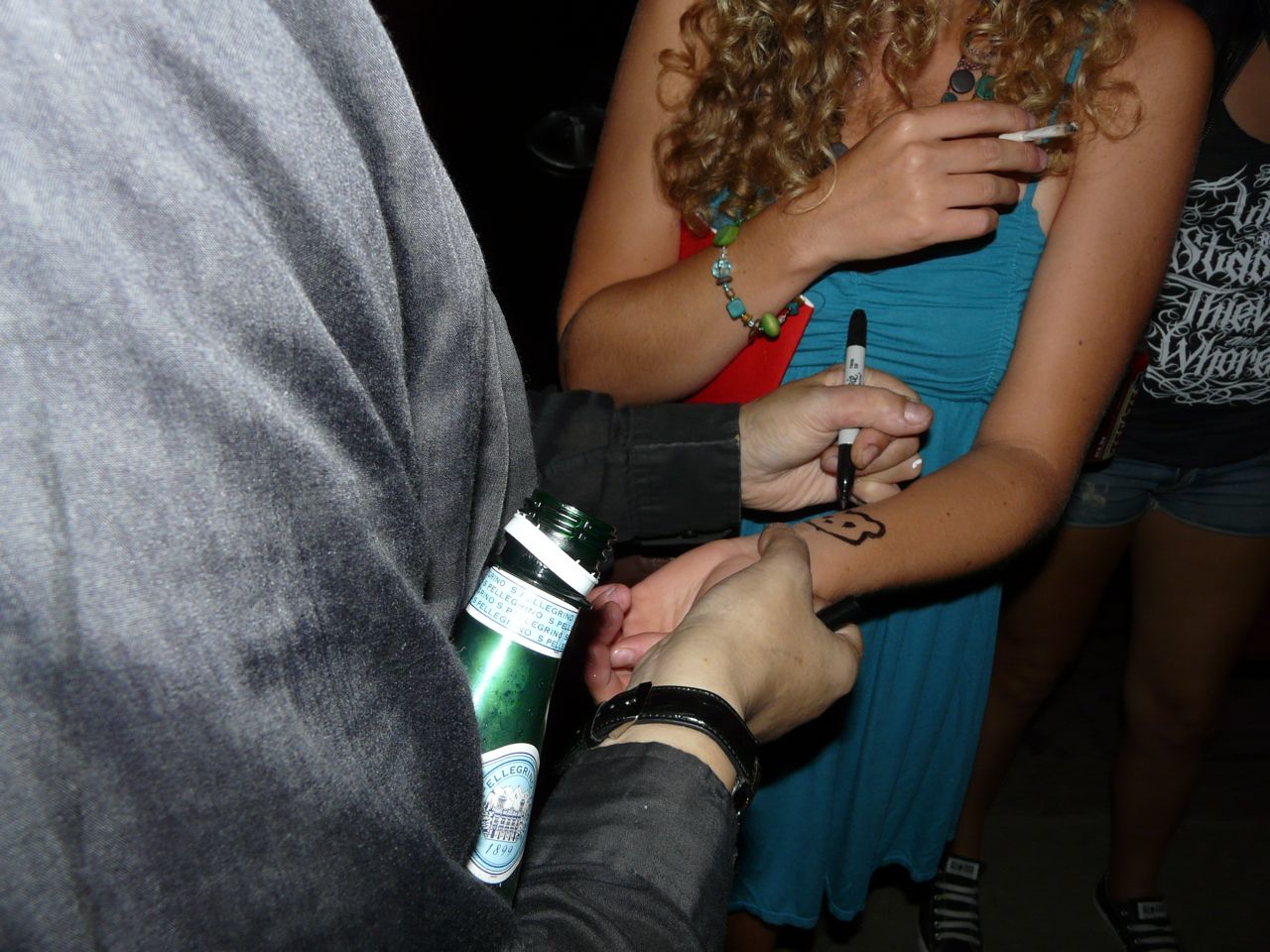 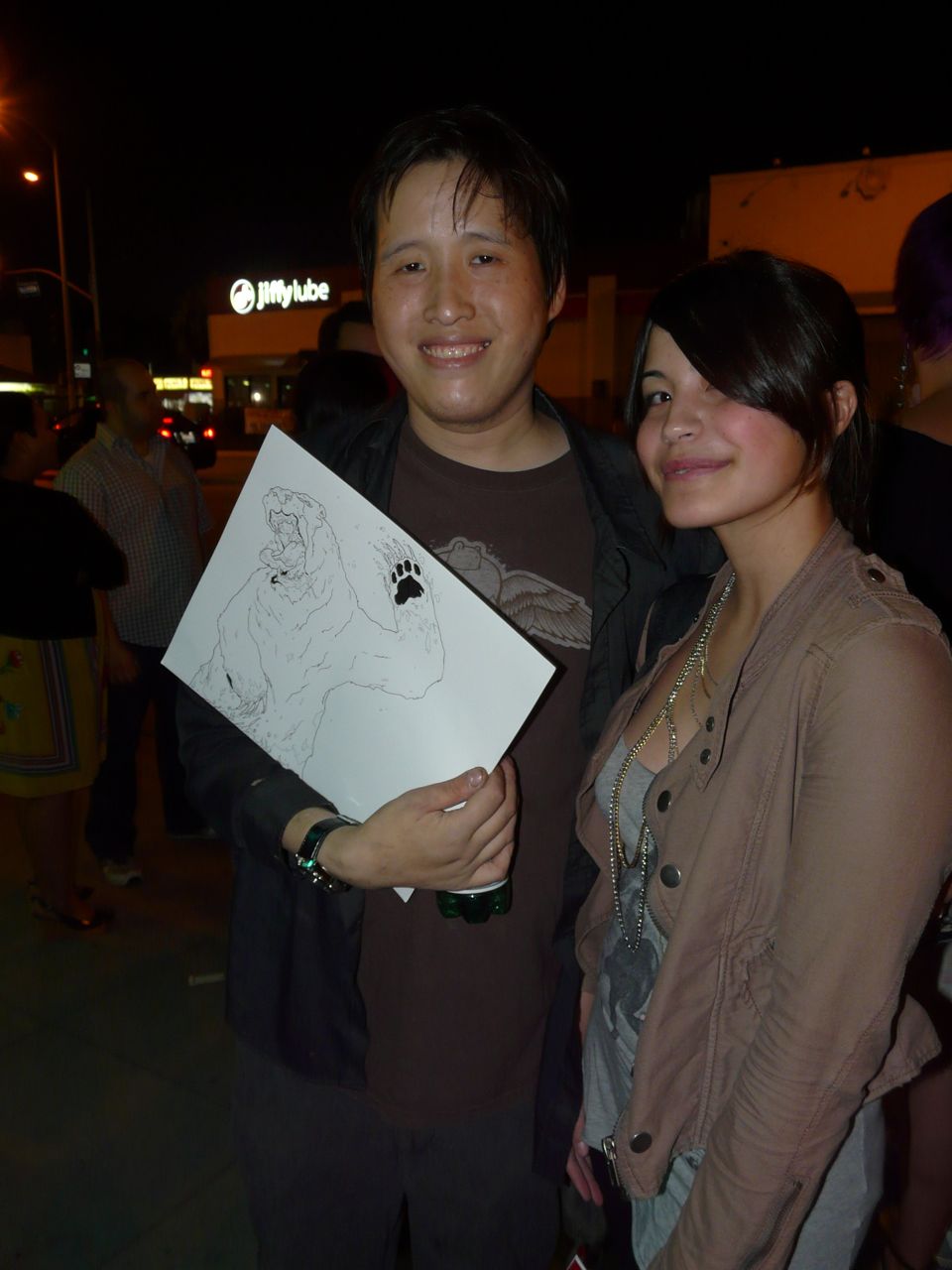 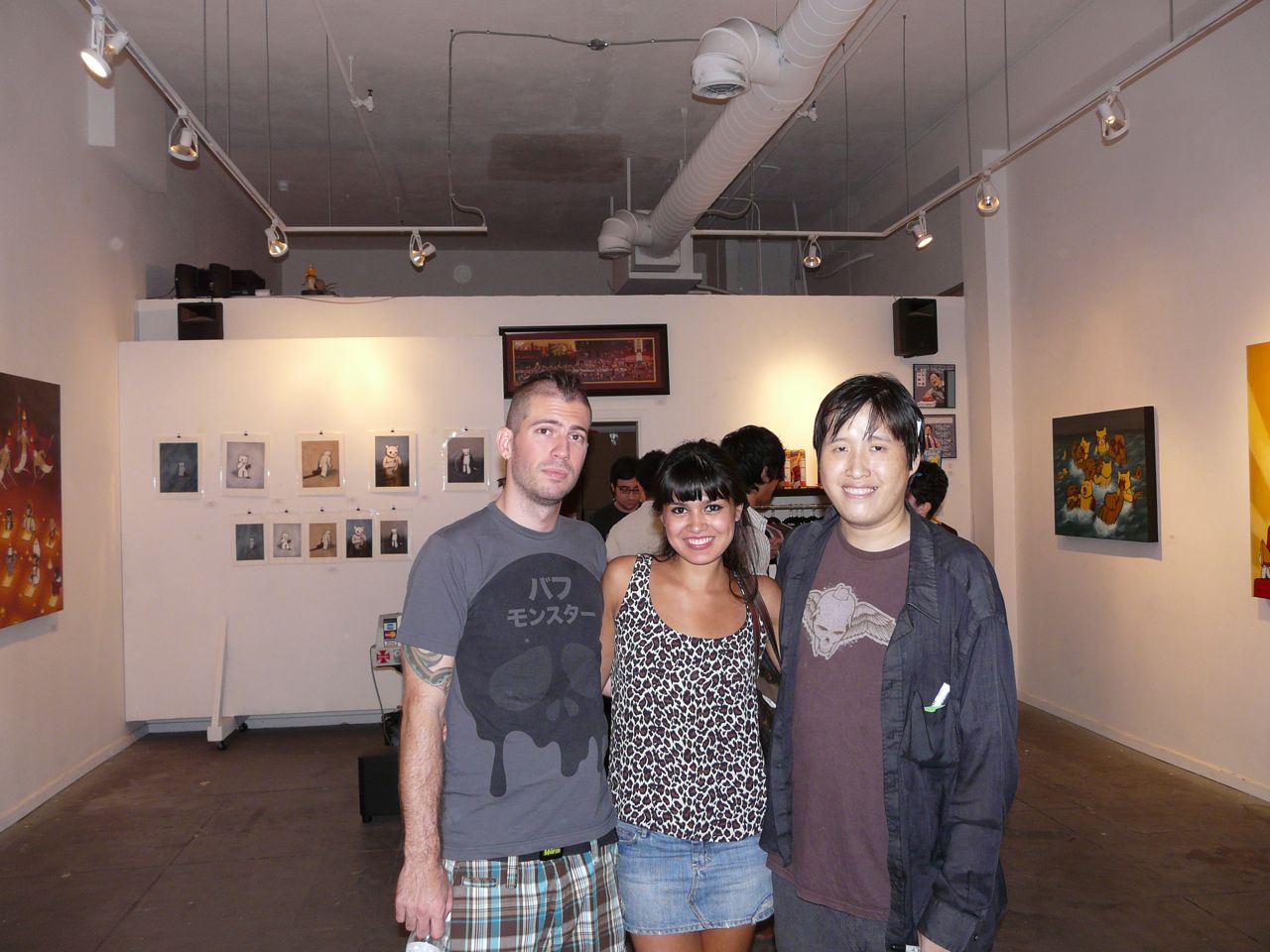 Buff Monster, the lovely Sybil, and the man of the hour. 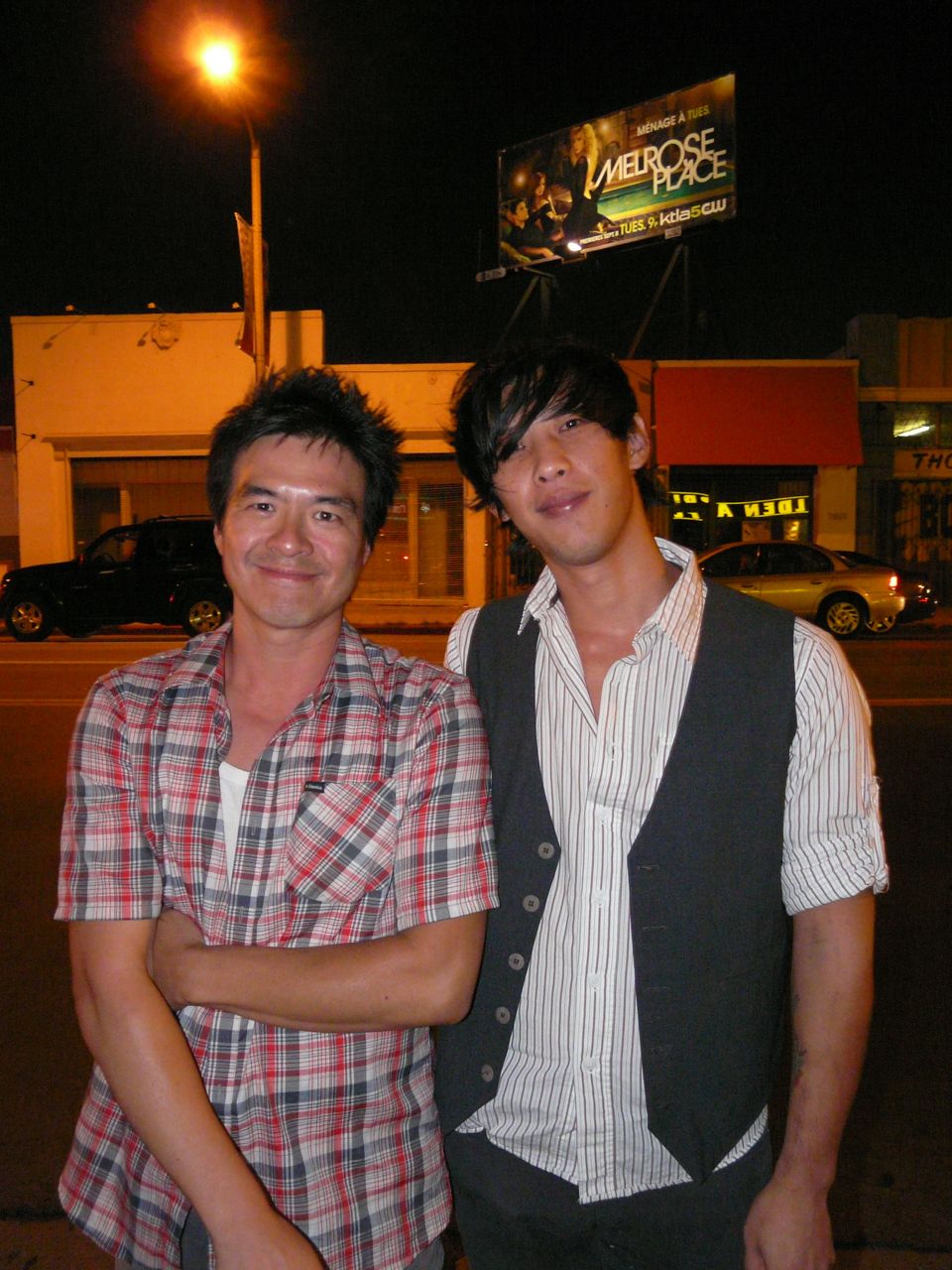 Most of those in attendance agreed that this is a show that will be remembered as a transitional milestone in Chueh’s career.Â  We look forward to seeing how he further develops what he started last night as we look towards his solo at Copro Gallery in mid-2010. 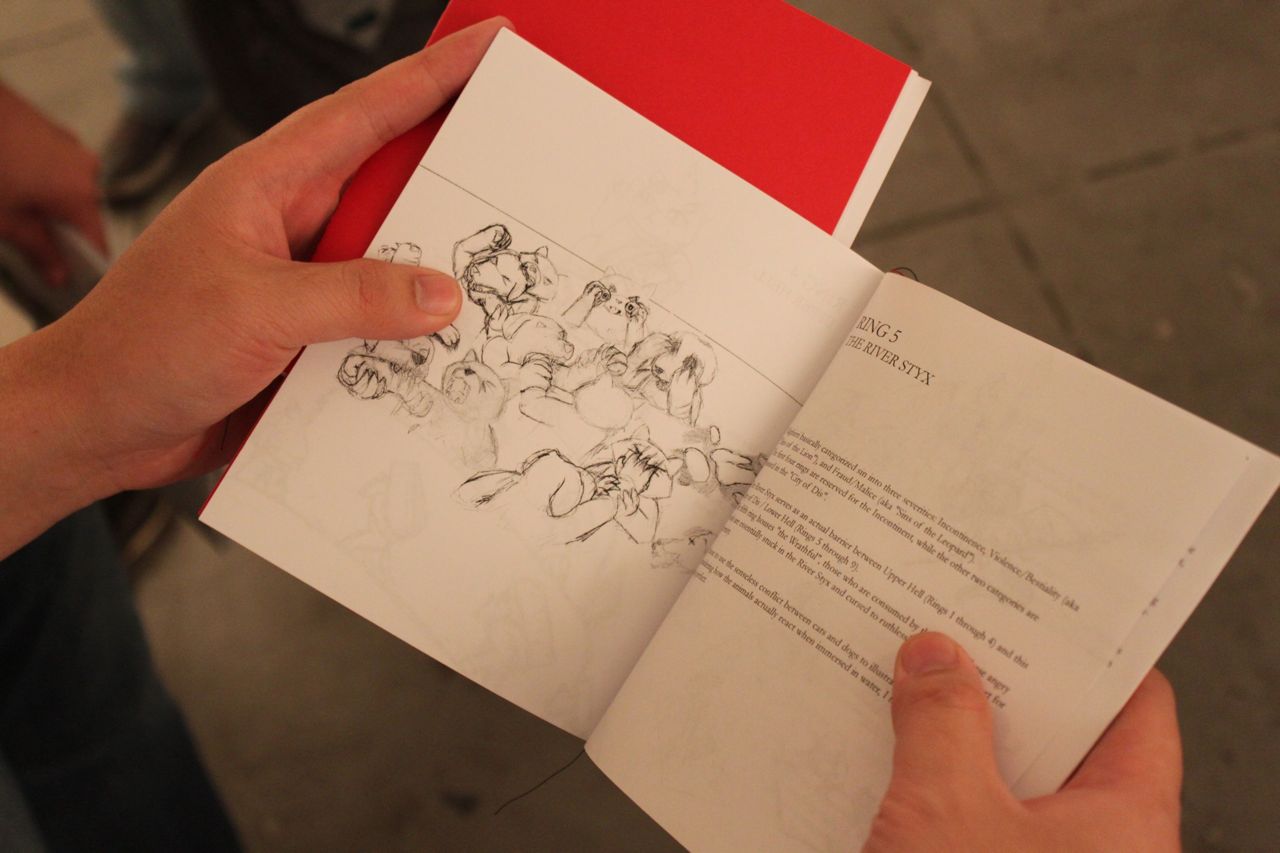 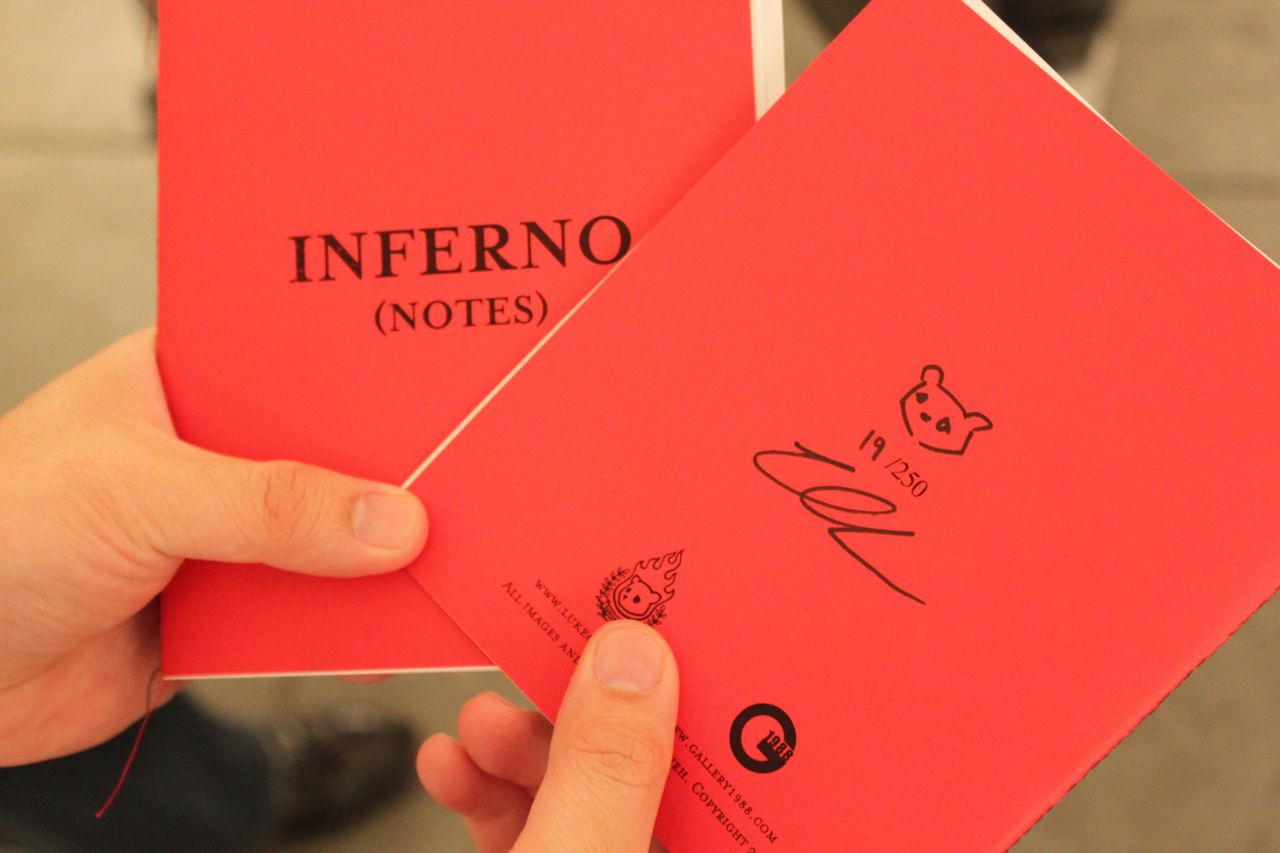 For those who were unable to make the show last night, we have one of these booklets that had some of the concept sketches for this show as well as Chueh’s thoughts and explanations of this new body of work.Â  Signed by Luke himself, we will give it away to the first person who can tell us (in the comments section) what the eight religions in the “Ring 6” painting below are.Â  We will go by what Luke decided to call them. 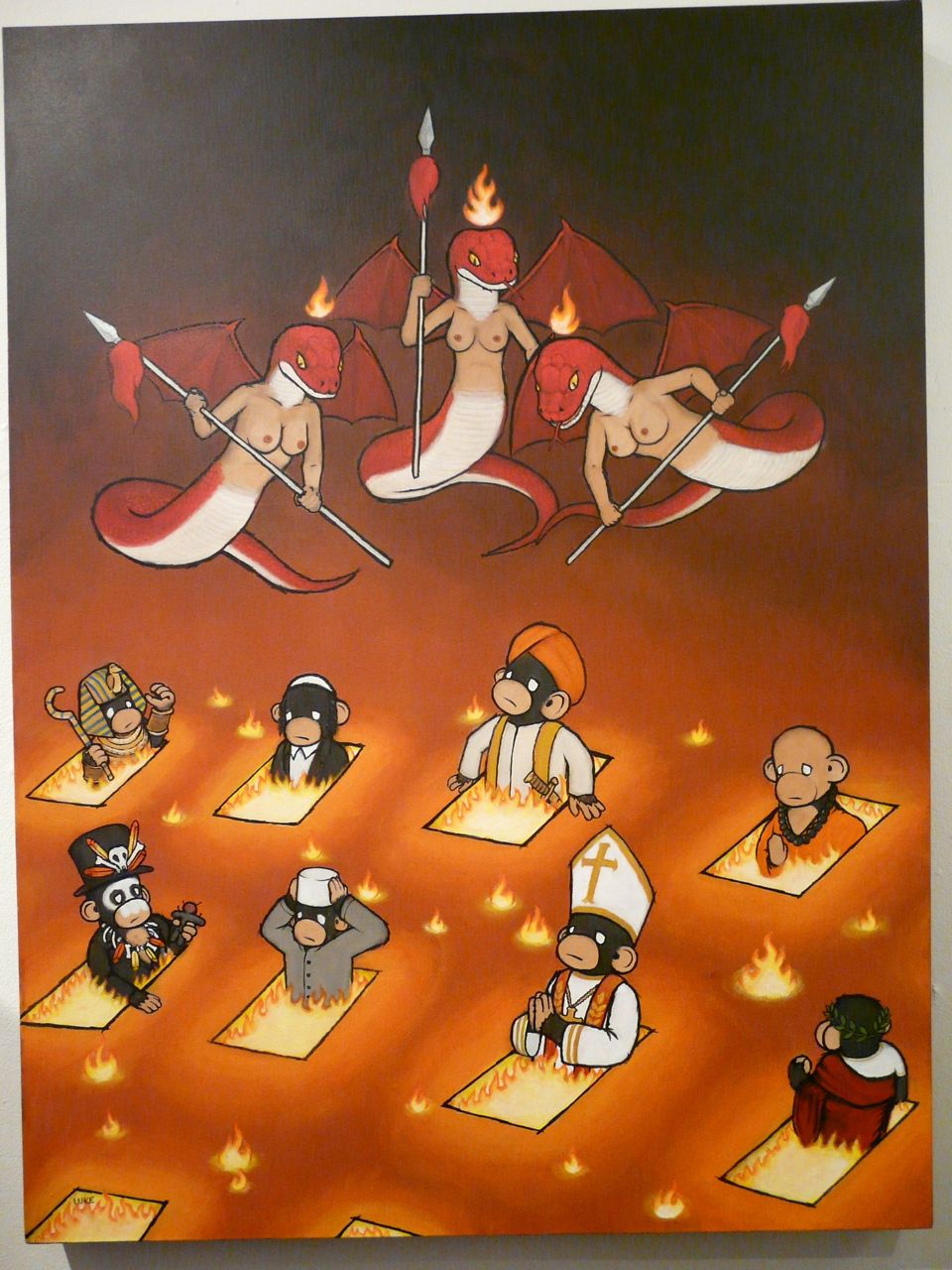 Those who commited suicides

Self portrait as Satan

Buff Monster, the lovely Sybil, and the man of the hour.