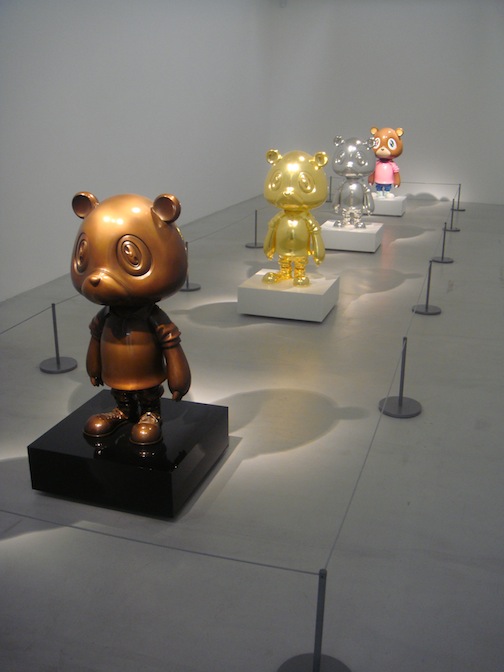 Looks like the VIP’s over at BBC (Pharrell & Nigo et al.) got an early look at the Takashi Murakami show we told you about earlier that will be opening on September 15th over at the Emmanuel Perrotin Gallery in Paris.Â  As expected, there were several colorways of the “Kanye Bear” (seen above) along with some “Self Portraits by Mr. Superflat.