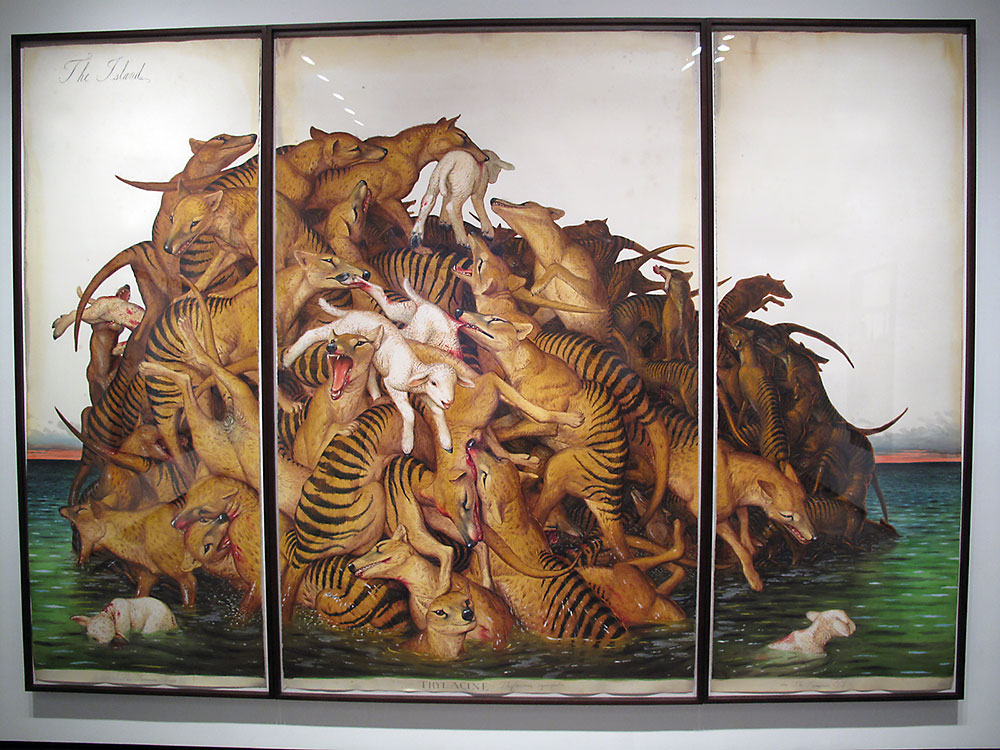 Last Thursday, Chelsea’s Paul Kasmin Gallery hosted the opening of an exhibition of new large-scale watercolors by Walton Ford. At first glance, those not familiar with Ford might mistake his contemporary works for those of 19th century naturalist and painter John James Audobon. The similarity is intentional. However, instead of merely cataloging species as Audobon did, Ford uses the familiar visual language of the well-known wildlife artist and other early natural history artists to depict historically-based allegories of the violent collision of man and nature. The end result is both astonishingly beautiful and heartbreaking. The new show runs until December 23.

See all the images, after the jump