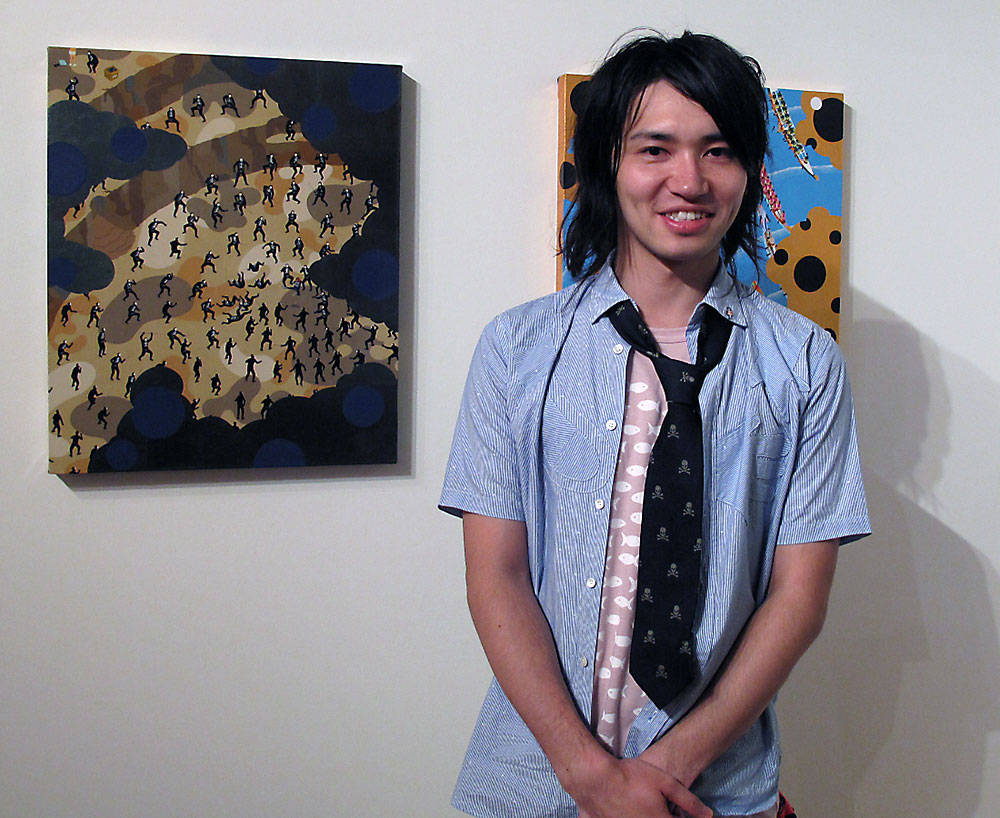 Saturday night, AM attended the opening of Joshua Liner Gallery’s summer group exhibition, which collects solid works from a very strong roster of artists, some of whom the gallery has shown previously and others of whom the gallery is working with for the first time. From the show, it is clear that Liner is actively evolving and maturing his gallery. And from the response from collectors and others at the opening, it seems that what he’s doing is working. 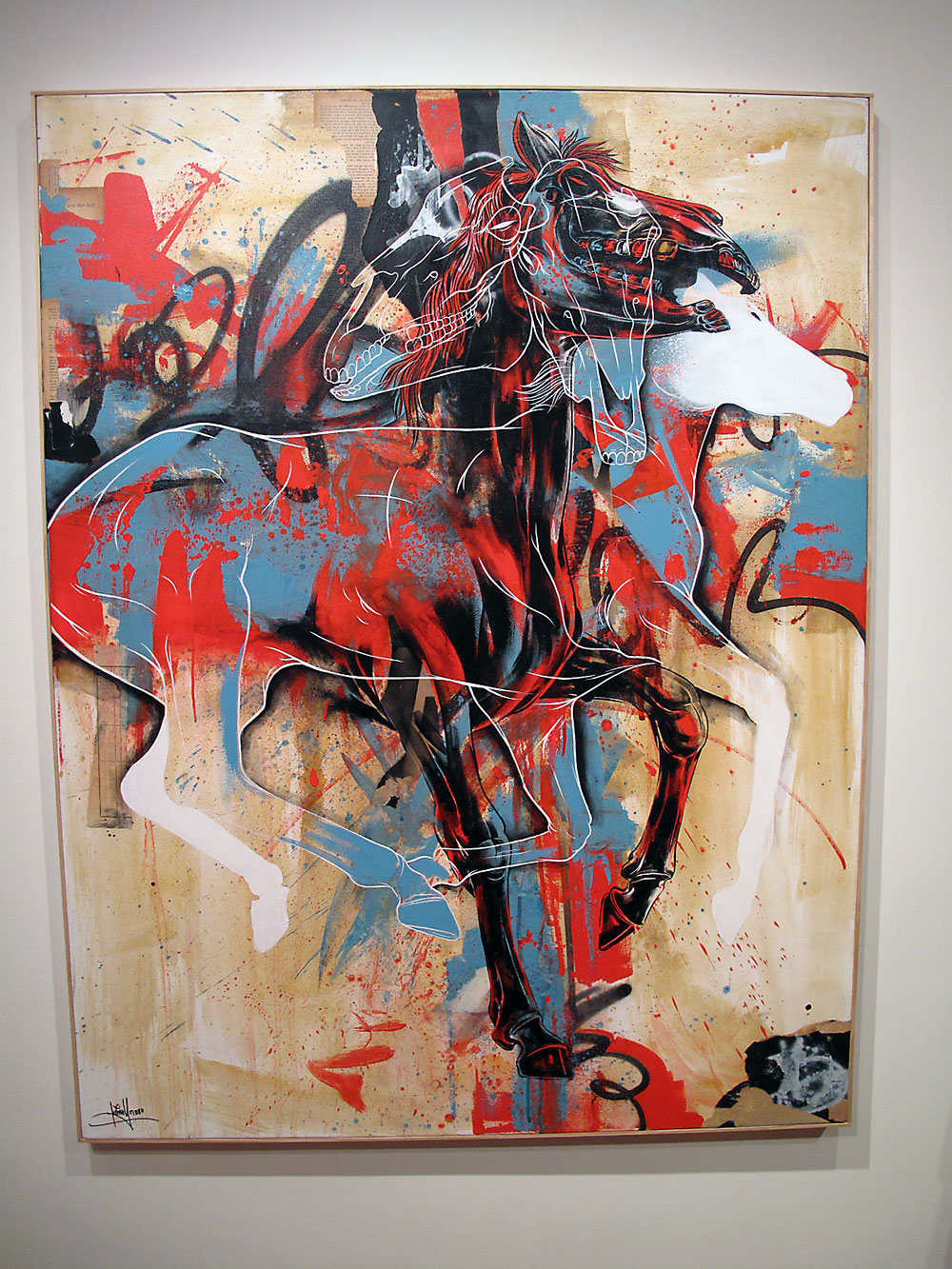 The show is dominated by large-scale oil, acrylic and watercolor paintings, including impressive pieces by established artists such as Dave Kinsey, Greg Simkins and James Roper, as well as emerging artists like Tristram Lansdowne and Ryan McLennan. Arguably, one of the most striking works is by one such newcomer, Queens, NY-based artist Tat Ito. 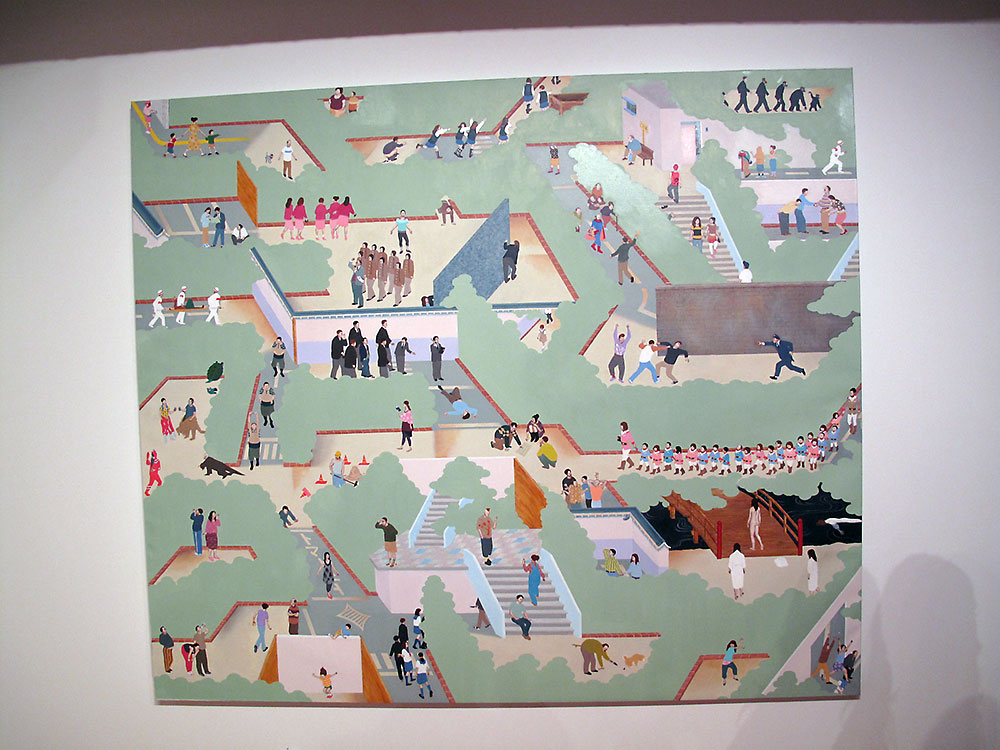 The painting, entitled “Hoto Tatara Isusuki Hime,” is not just grand in size, but also in composition, consisting of a universe of dozens of intricately detailed individuals, each participating in their own story; some mundane, others fantastic. Surrounding everything, is a sea of pale green, although it is unclear whether it is earth, air or water. In two smaller works, Ito uses painted patterning as well as silver and gold leafing to engulf his tiny figures.

Based on this group show, AM is certainly looking forward to seeing what Liner has planned for the upcoming year.