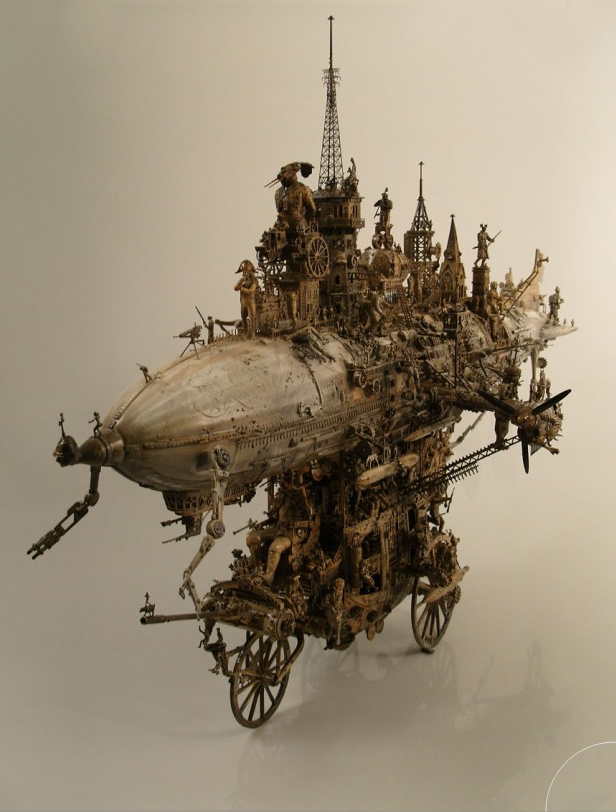 Opening shows tomorrow at Joshua Liner Gallery are two artists whose work couldn’t be more different, yet are interesting in their own way.

In Gallery I, Kris Kuksi’s Imminent Utopia showcases his intricate mixed-media assemblages made from “model kits, injection-molded toy soldiers and animals, plastic skulls, knick-knack figurines, and mechanical parts.” The size and detail of some of these works have to be seen in person to be believed – AM will be bringing you opening pics, which should give you more of an idea of the scale of these pieces.

In Gallery II, Pat Rocha’s debut solo show in NY Departure is opening with twelve paintings depicting the rural Midwestern life that he knows firsthand as he is based in Missouri. Often, his work captures children at play, which may remind viewers of a time of innocence that they wish they could return to. Something about the nostalgic feel to his paintings is reminiscent of the late great Norman Rockwell, but more rendered. 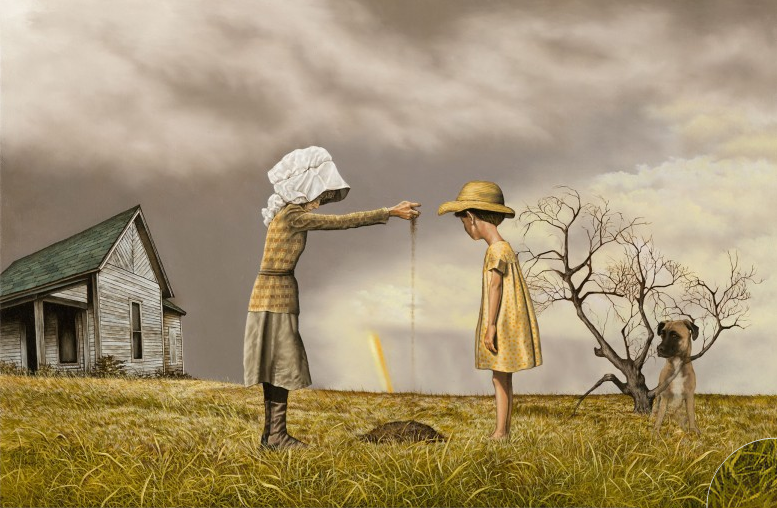