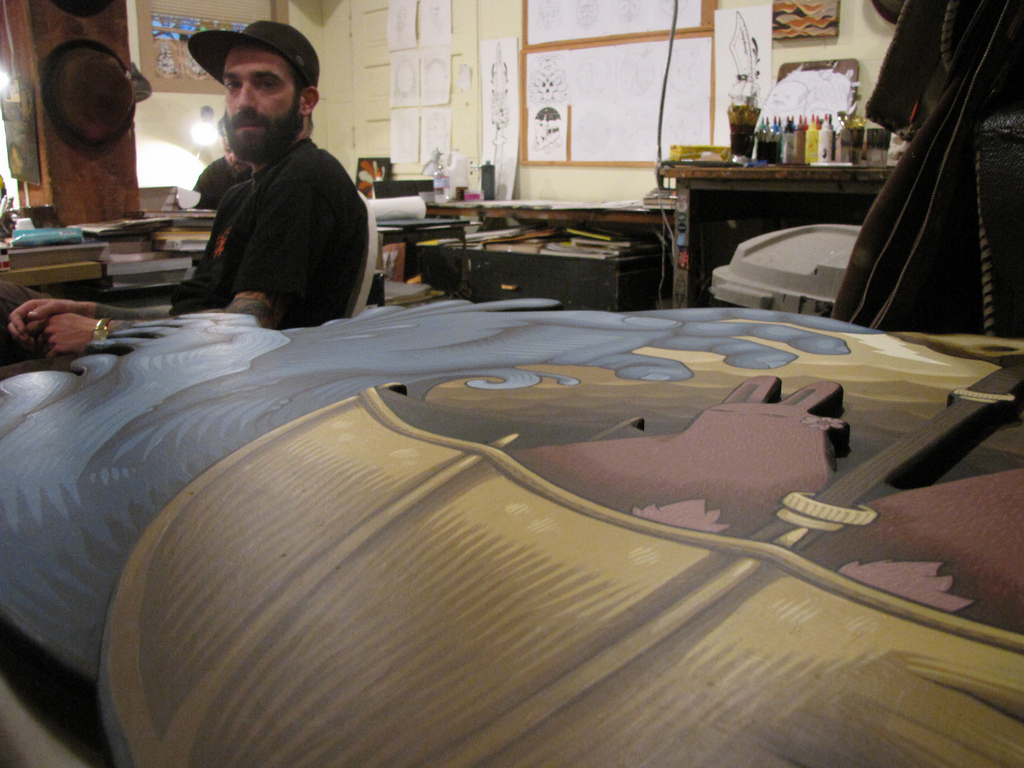 The other day, AM had the pleasure of visiting the North Beach, San Francisco studio of Jeremy Fish as he was putting the final touches on his upcoming museum show, “Weathering the Storm.” Fish, whose instantly recognizable illustrations and paintings are a veritable ark of silly pink bunnies, a parliament of strigiformes and a cable car crammed with weathered prospectors, has been working around the clock for the better part of the last four months creating an entirely new body of work for his first museum show. Comprising of around three dozen multifaceted pieces, “Weathering the Storm” opens Sunday, November 8th at the Laguna Art Museum.

UPDATE: AM has just learned that due to overwhelming interest by Fish’s fans, the Laguna Art Museum has decided to make the VIP showing taking place this Saturday, November 7th, open to the general public, standard museum entry fee applies. 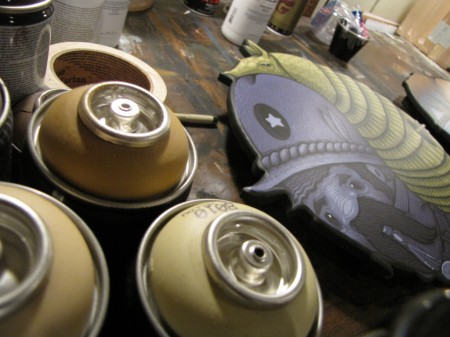 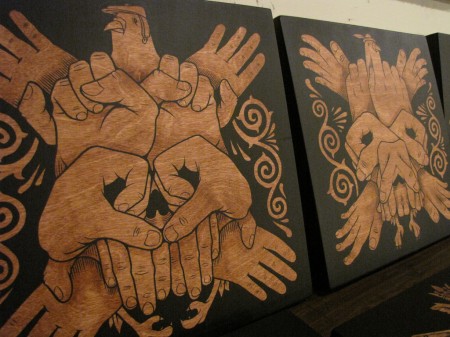 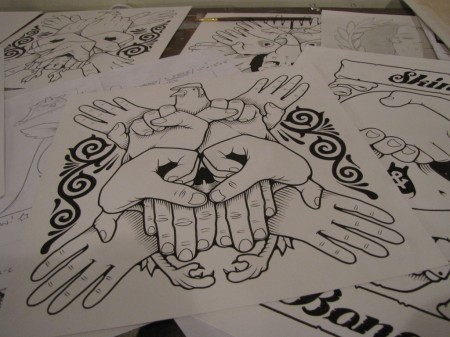 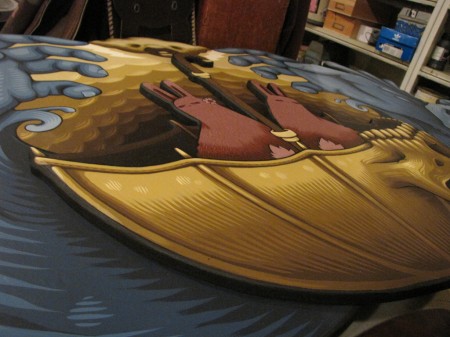 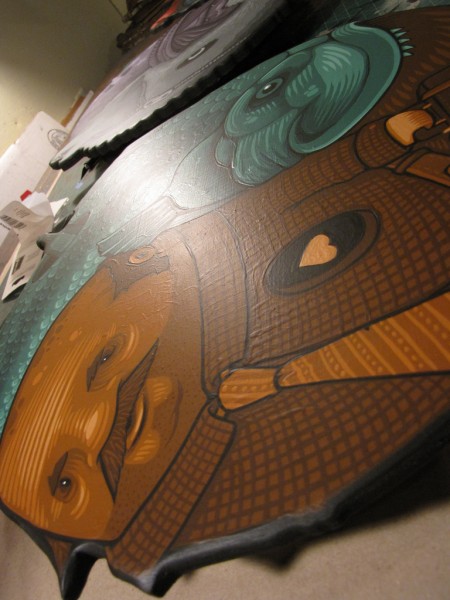 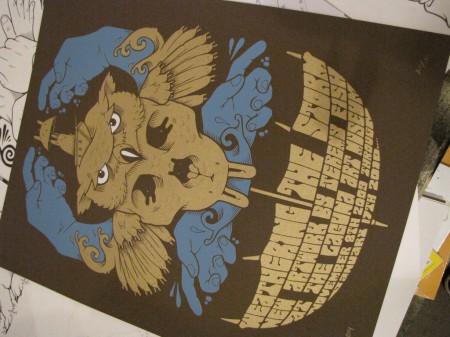