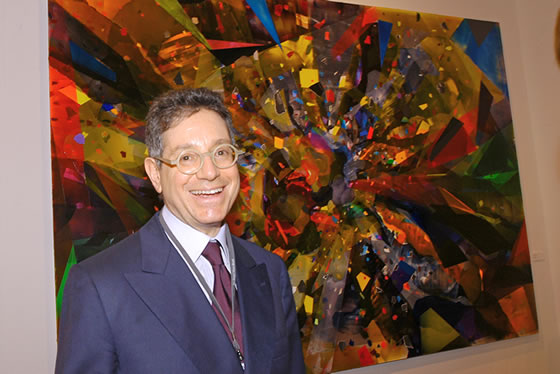 LA MoCA just announced that Jeffrey Deitch is their new Director. He begins June 1. He will soon close his gallery.

The Museum of Contemporary Art has confirmed that Jeffrey Deitch will be its new director.

We’ll have more details as they become available, but the appointment marks a step into new and controversial terrain: Deitch becomes the only art dealer/gallery owner to assume leadership of a major U.S. museum as MOCA eschews the usual approach of drawing from the ranks of established museum directors and curators or from the world of academia or other nonprofit ranks.

“I think that the news out of MOCA is, frankly, stunning,” said Selma Holo, director of USC’s Fisher Museum of Art and director of the university’s International Museum Institute. “Deitch has done amazing work as an extremely innovative art dealer. At the same time, we would be remiss not to ask ourselves how he and MOCA are planning to make the transition from the world of commerce and its values to another universe. One understands that these worlds blend, but there are still or should be some lines that are not crossed.”