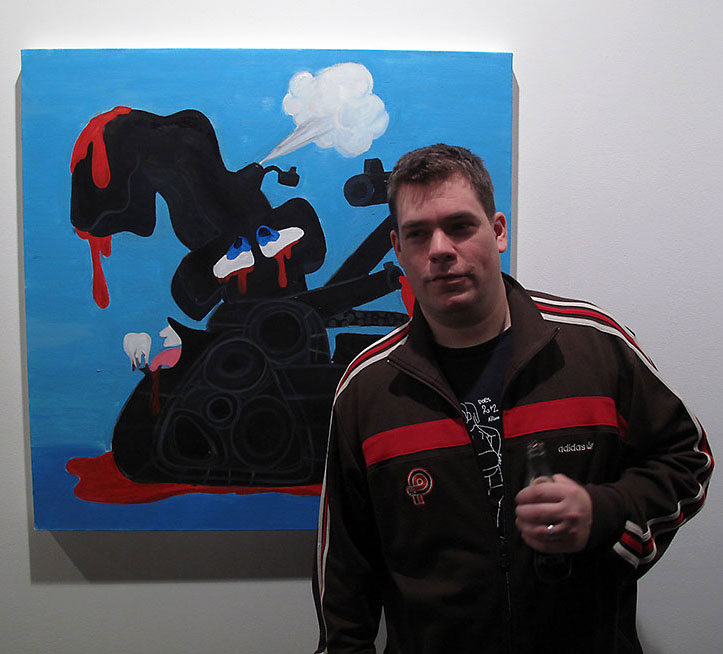 AM, along with almost everyone else in NYC, came out for the opening of Todd James’ “Make My Burden Lighter” at Midtown gallery Gering & López. Although “Burden” is James’ first solo show with the gallery, he of course has been a longtime fixture of the urban art scene under his street name REAS, co-creating Deitch’s seminal 2000 “Street Market” exhibition along with Barry McGee and Steve Powers.

In this current show, James has created a new series of canvases and works on paper that use chaotic and cartoonish portrayals of all kinds of military vehicles with bombshell blonds as commentary on American society and culture.

See the images from the opening, after the jump. 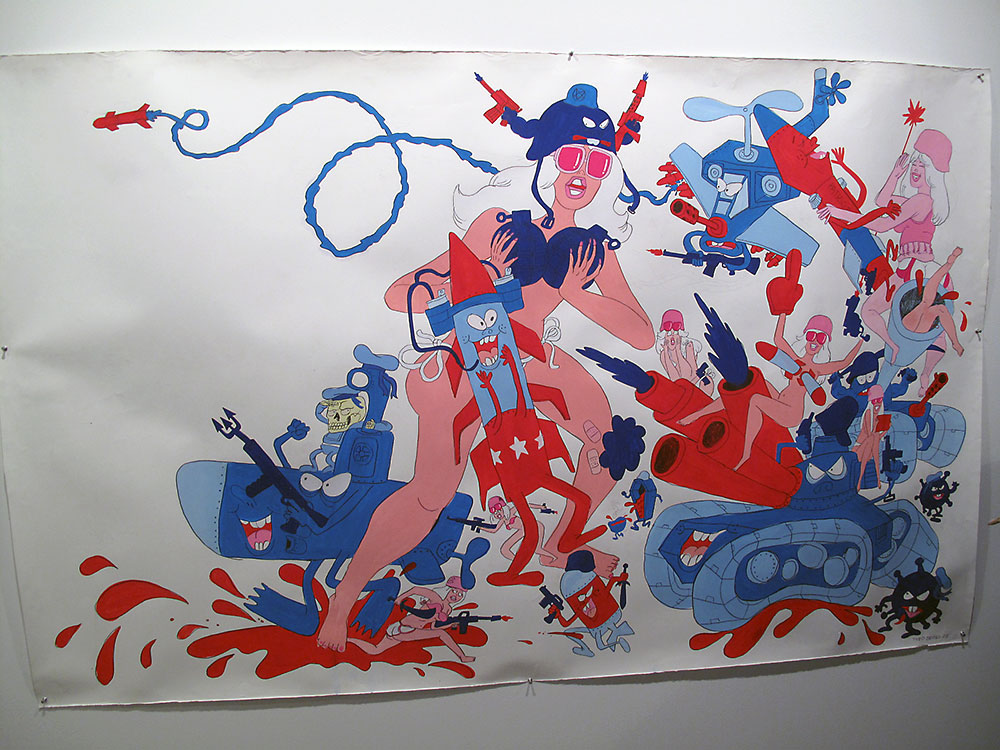 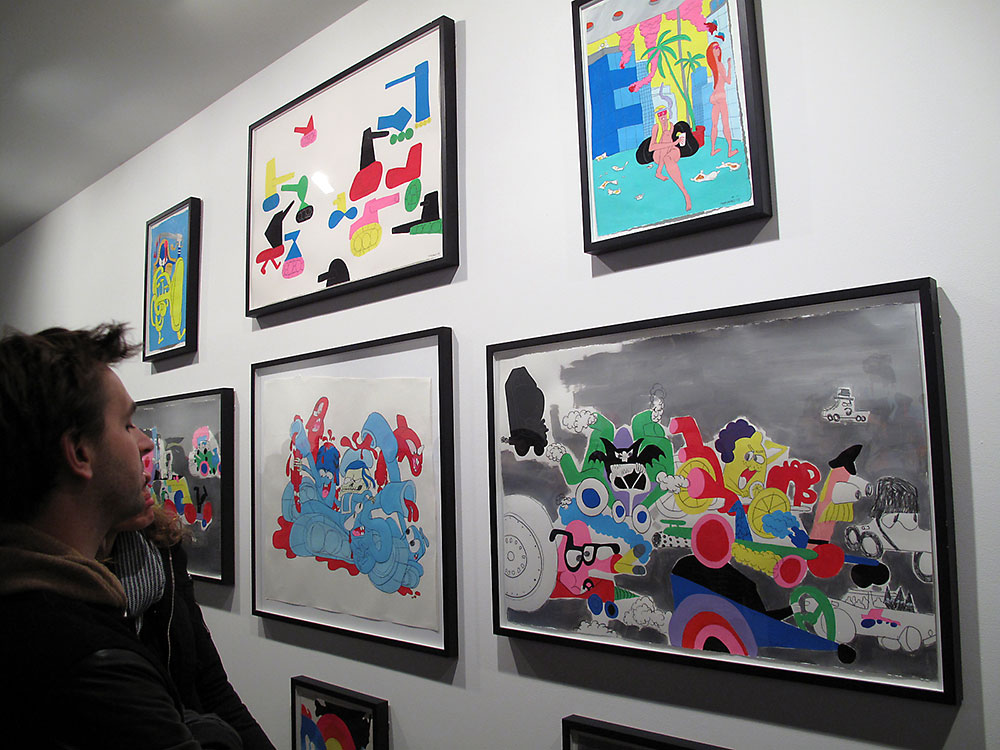 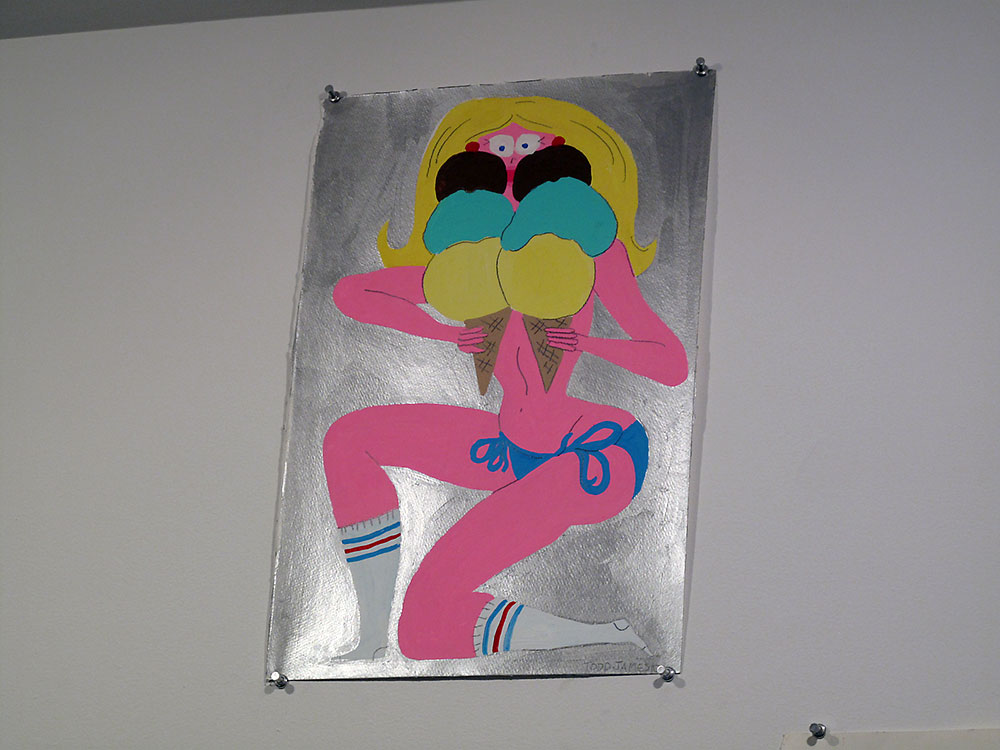 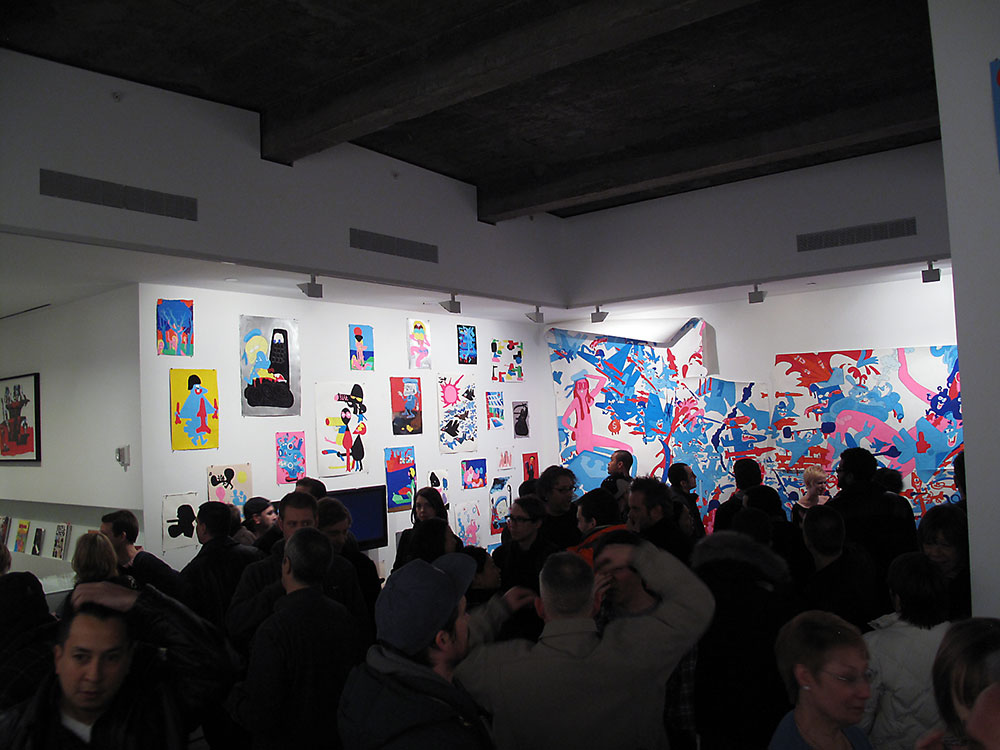