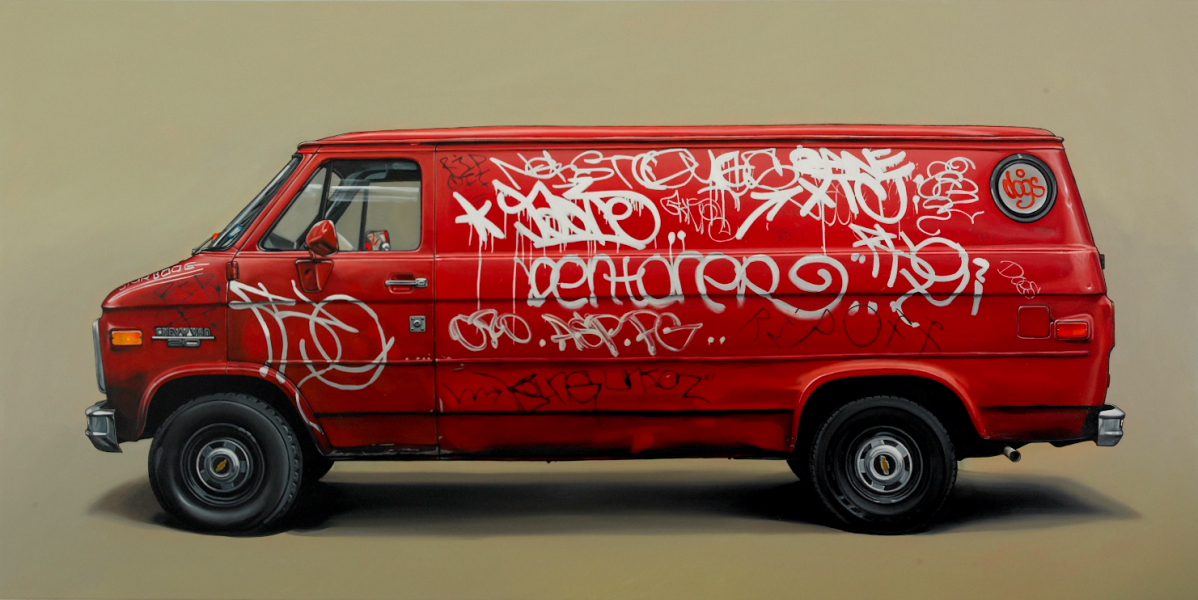 We’ve been following the work of Brooklyn artist Kevin Cyr for a little while now and we were excited to hear that he has a new body of work appearing at Raandesk Gallery of Art in New York. “Behind the Curtain” also features Jason Bryant, whom Cyr met whilst they were both working as assistants for Kehinde Wiley. Sounds like both artists will be producing large scale oil paintings for the show – Cyr’s on wooden panels and Bryant’s on canvas.

Cyr’s mark making depicts portraits of distressed vehicles referenced from his neighbourhood – strewn with graffiti and dings picked up whilst serving the streets of Brooklyn. Bryant’s contemporary portraits bring us a heavily cropped monochrome photorealistic image – almost a ‘film still’ – juxtaposed with a distinctly varied element of colourful 2D illustration, cleverly interacting with the focal part of the painting.

Show opens tonight, January 14th. Take a look at some further images after the jump. 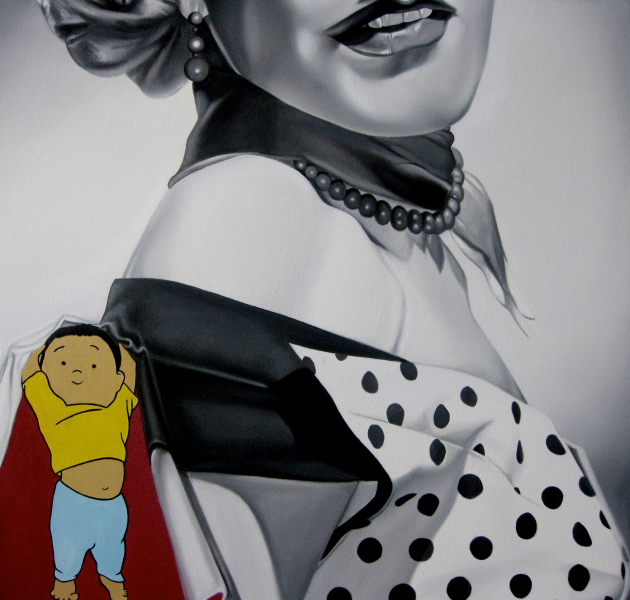 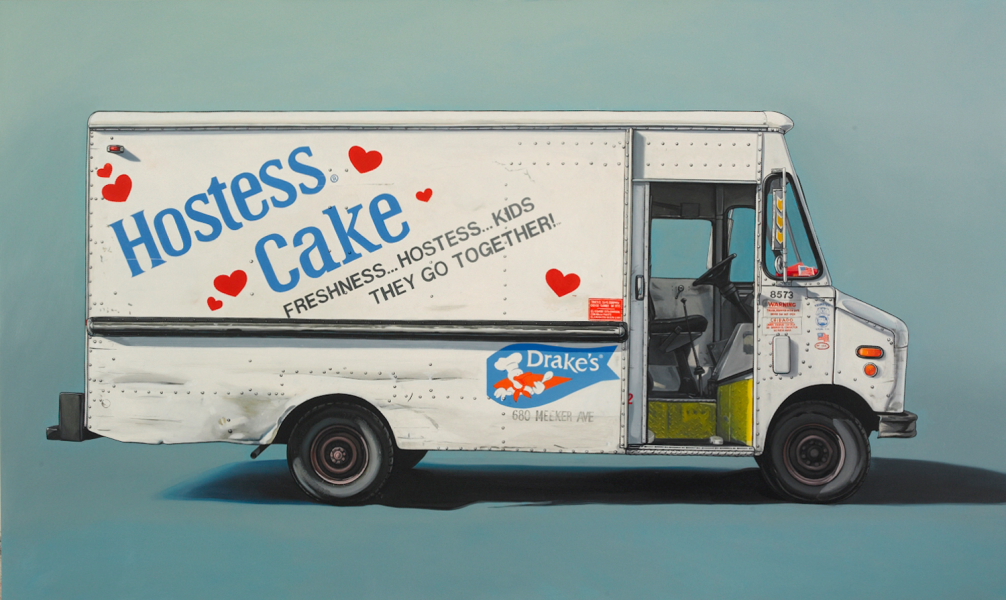 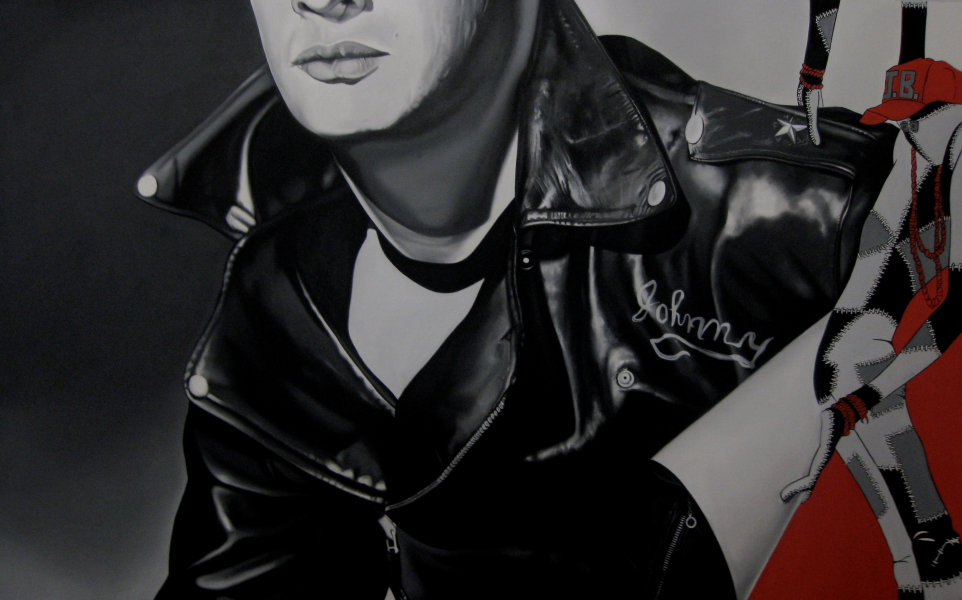 Jason Bryant, The Wild One, Oil on canvas, 40 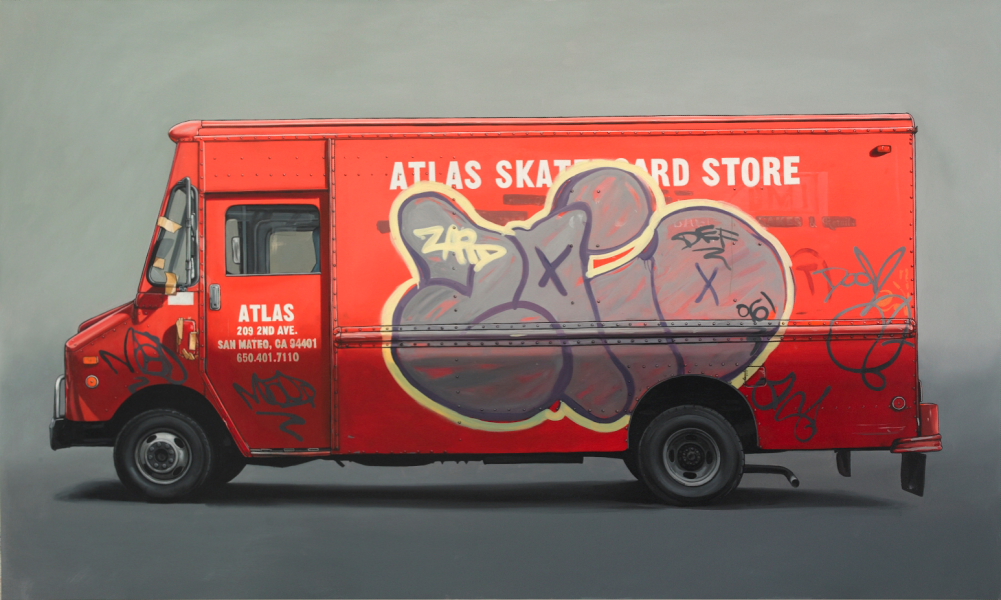 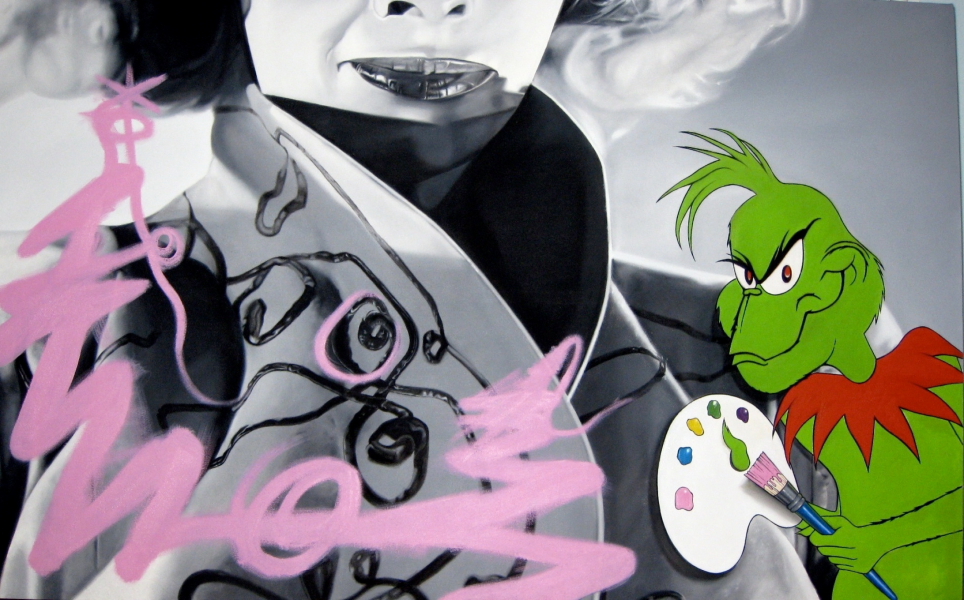