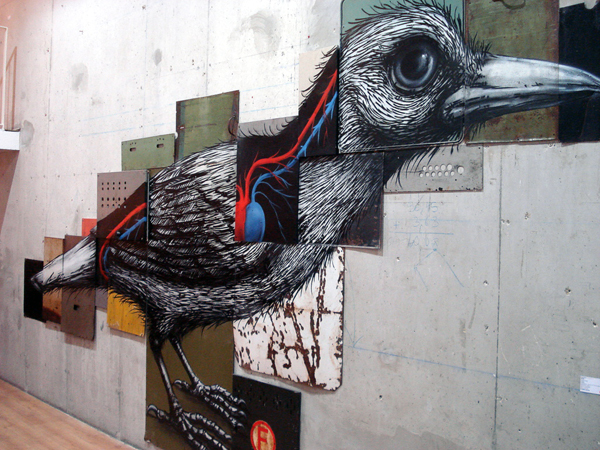 As mentioned earlier this week, street artist Roa has brought his outside work indoors for his show in Paris at Galerie Itinerrance. We were wondering if the scale of the Belgium-based artist would translate well in a gallery setting, but it seems with plenty of large murals, he has answered with a resounding “Yes!” Looks like he has also preserved some of the nuances of his work that has generated the most favor with his fan base like the peeks at the inner anatomy of the birds and animals that comprise his body of work.

He was has even added mobile elements to his pieces that mimic the chameleon like ability of his street work to look different at different angles by painting on some found objects that have movable parts. See what we mean with all the pics after the jump… 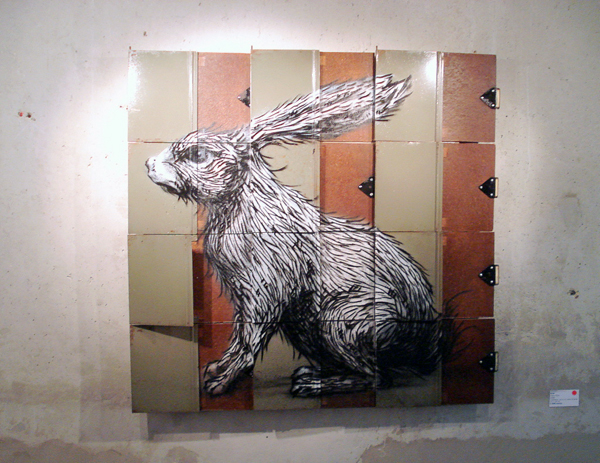 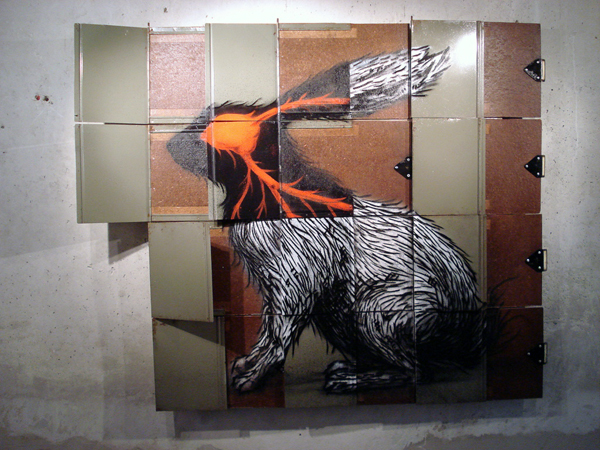 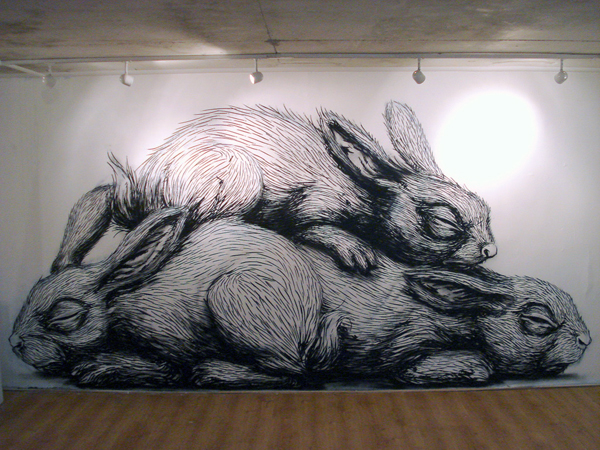 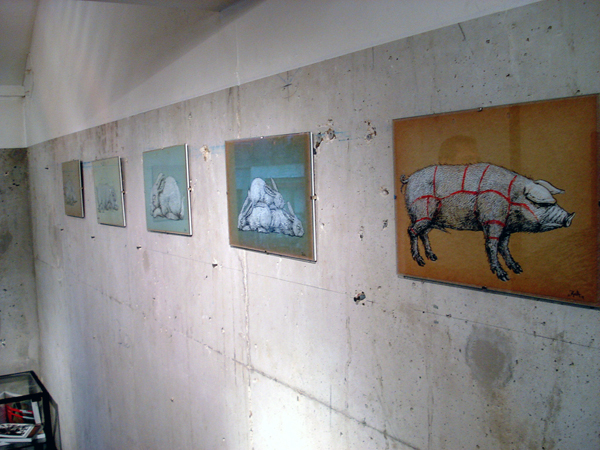 Via Guillotine.
Discuss this show here.