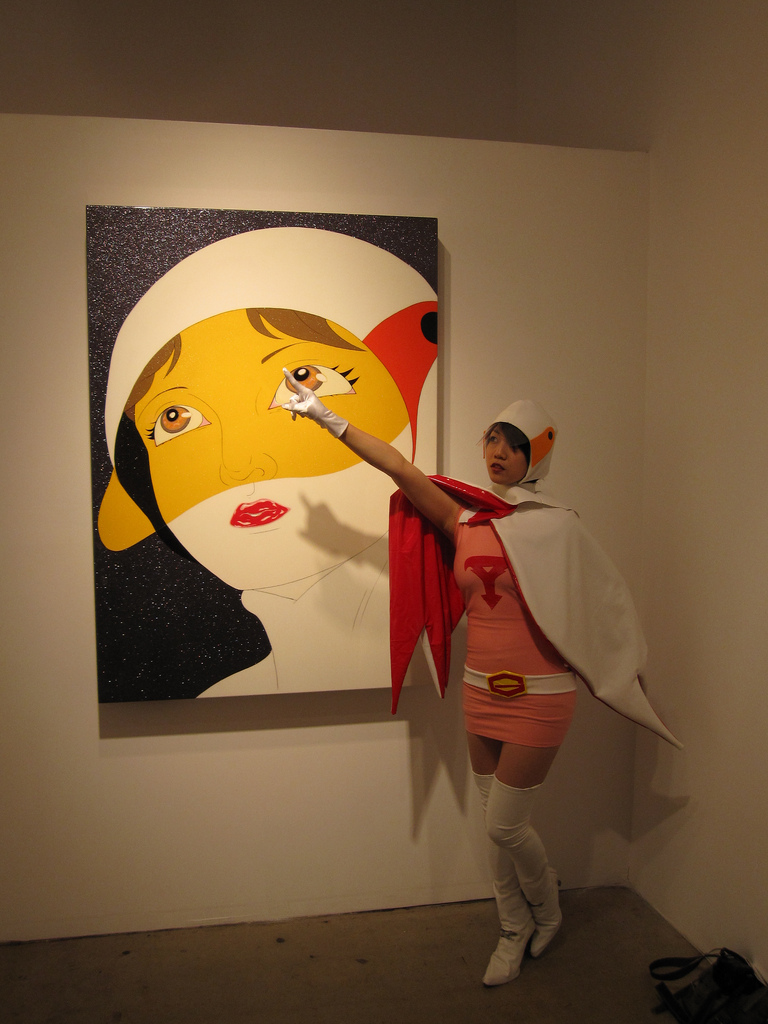 Yoshitaka Amano’s “Deva Loka : Los Angeles” show (previewed) opened this past weekend at LeBasse Projects. Not surprisingly, the cosplay (also seen here & here) fans were out in full force for the japanese artist who is famous for his work in Vampire Hunter D and the Final Fantasy video games. His work takes younger fans of current Japanese art back to some of its recent roots as you can definitely see how his paintings have influenced artists such as Mariko Mori, Takashi Murakami and Yoshitomo Nara.

Take a look at all the opening pics including a closer look at his characters’ hypnotic pearlescent eyes after the jump.