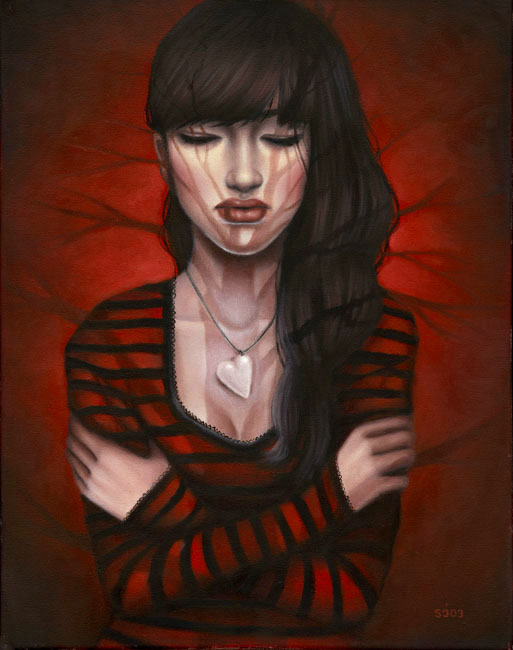 Canadian artist, Sarah Joncas, is set to open her show “Shadow Play” at Seattle’s Roq La Rue gallery this Friday, February 12th. As the title of her show implies, not only will her paintings include the interplay of “shadow” imagery, “play” also references one of her inspirations – film noir and all that comes along with that genre. The soon-to-be graduated art student talks about this and much more in the interview we conducted with her – after the jump…

Arrested Motion (AM): Please tell us and our readers a little about yourself.

Sarah Joncas (SJ): Well, I’m a 23 year old, soon-to-be graduated art student, living out of a small apartment in downtown Toronto. I spent my childhood in Hamilton, my adolescence in Niagara Falls, and the rest in the city. I’m in love with cats (also Pugs and Chinchillas), painting, music, pajama pants and have recently developed an addiction to oranges. Can’t stand printers, am terribly klutzy (and therefore dangerous), pretty shy, a bit of a worry wart and believe in kindness. 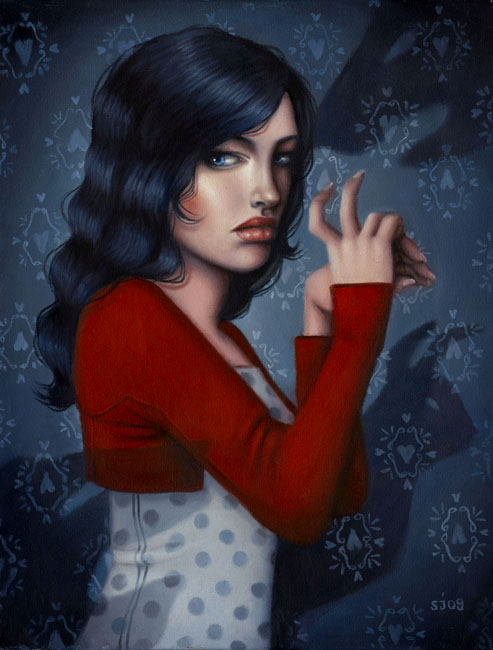 AM: Your show coming up this Friday at Roq La Rue is entitled “Shadow Play.” Were you just intrigued by this theme and its interplay with your imagery or was there a deeper meaning to choosing this as the title for your new body of work?

SJ: I suppose a bit of both. “Shadow Play” is the title to one of my paintings in the show, but it wasn’t until 3 other works emerged with a similar shadow tie that I settled on having the name for the exhibit. I like the contradiction of the words “play” and “shadows” and how they’re realized in my work – I take from cartoon imagery, but also noir/cinema. It also summons thoughts about pretending and theatre – illusion, mystery, drama, the spectacle – all of which have the possibility of being deeply meaningful and simultaneously superficial. Many of the pieces for the show include shadows either being played onto the character or being created by the character. This gives it a sense of surveillance and suspicion, intent, makes you aware that there’s an outside environment not shown in the picture. Overall, I consider the show a continuation from my last though, working more with a narrative inspiration. 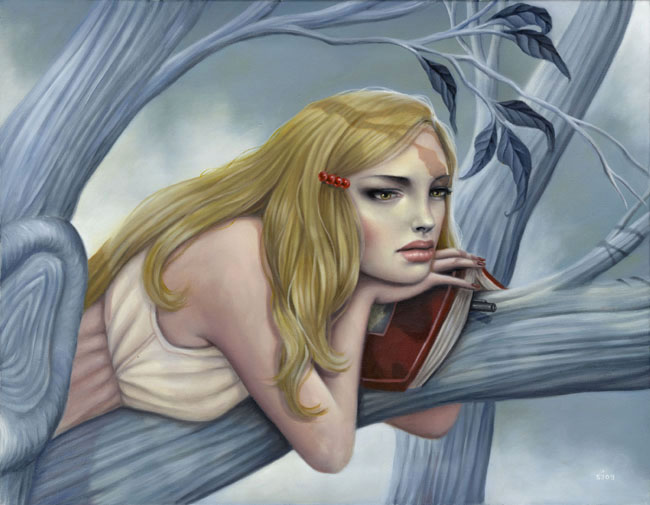 AM: Some of the artists we follow are still relatively young and at the beginning of hopefully a long career in art. How do you feel showing at galleries while still in school affects your art? How will or have things changed after graduation?

SJ: As of this past December, I’ve officially finished my BFA at OCAD! Yay!! Still yet to graduate though until this summer… It’s been a wonderful experience showing my work while still attending school. It’s given me some confidence to stand up for myself. Rather than succumbing to a prof that tells me my work is just illustration, I was able to defend and defend intelligently. I got feedback on work I was preparing to show. I had enough of an income from the sales to consider it my part time, and had a bit of reassurance that once school ended I might not be back home working at Wendy’s again.

I suppose things might change some now that I’m out of school – there was comfort to it. I liked having a place of discussion and I certainly miss having a studio to work in… However, being out of school will never stop me from getting up each day and painting. Unlike many students, I’ve never needed class to feel motivated or inspired. 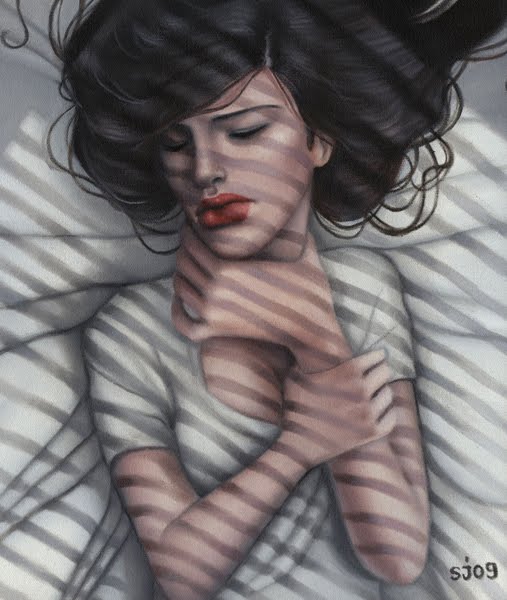 AM: Can you tell us a little about your creative process?

SJ: My process isn’t anything complex. I usually work out ideas and thumbnails in my sketchbook then transfer it by eye onto the canvas. I work/block out my colours in acrylic as a first layer, than proceed to do oil layers on top for the next 2-3months. Since a layer can take up to 5 days to dry, I’ll work on 5-8 paintings at a time. I need to work on more than one painting… Keeps me refreshed and excited to get back to the next one! I also listen to music throughout that entire time, pretty much consider it a necessary ingredient. 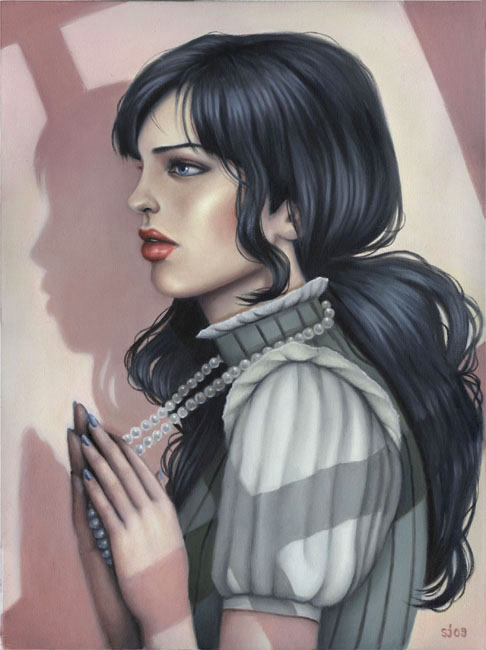 AM: Are there any other projects or shows that you will be involved with for the rest of 2010 that you can share with us?

SJ: I have a returning solo show with the Thinkspace Gallery in September, plus a couple group shows with them throughout the year. I’m participating in a charity show with ‘Viva La Art” in March, a group exhibit with the Last Rites Gallery in October, as well as a solo with them come 2011.  Other than those, I do have a special project on the go right now. I’m working with Blik in producing wall decals; vinyl stickers that can be placed on any flat surface. There’s no news of a release date yet, but hopefully sometime this year or early next! Exciting for me ☺

AM: Thanks for sharing with us Sarah.  Best of luck with your show this weekend.