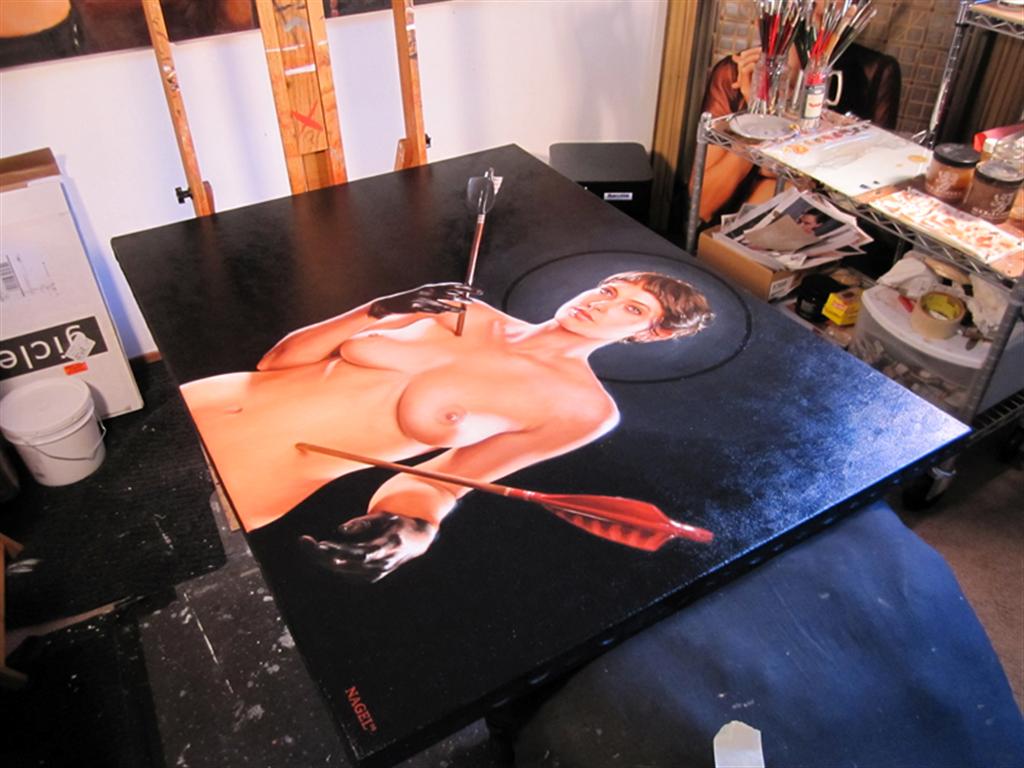 Aaron Nagel opens his debut solo show in SF at The Shooting Gallery this Saturday, March 6th. The exhibition is entitled “Marks”, as in a target, a sign or indication of a quality or feeling, or a small area on a surface having a different color from its surroundings, typically one caused by accident or damage.

According to the press release, the show is comprised of “11 new large-scale oil paintings, this series uses imagery of youthful women in the nude, often impaled by archery arrows. These figures embody Catholic martyrs such as St. Sebastian, offering atheists and skeptics an alternative to traditional religious symbolism. Although the women are naked and impaled, their facial expression and body language is unaffected. Standing tall with transfixed eyes, the figuresʼ hands are often dripping with black paint to represent a guilty and a nefarious past. As Aaron is inspired by the contrast between power and the fragility of the human body, “Marks” is infused with imagery that is at once calm and violent.”

More photos from his studio after the jump… 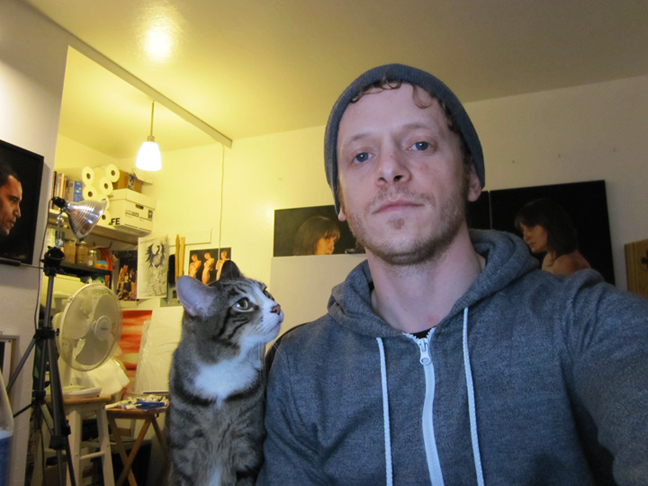