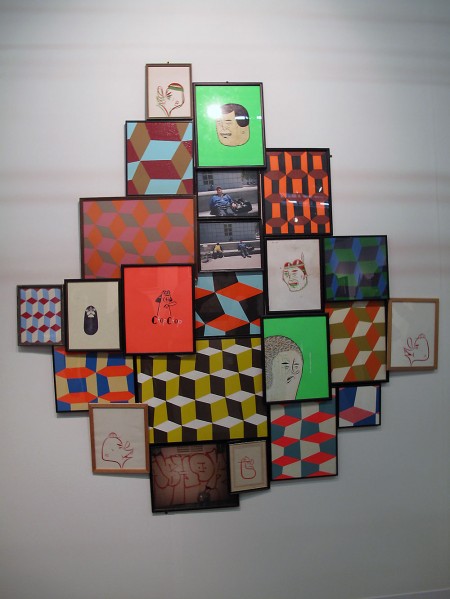 Undoubtedly, you all have been waiting for more Armory Week ’10 coverage, and we apologize for the delay, but after nearly a week of visually-overloaded days and late nights, we had to take a break before getting to it. But now, without any further ado…

In the end, we hit six fairs, including Pulse, Scope and Volta. The main attraction, of course, was The Armory Show, which was housed on two piers on Manhattan’s West side. Pier 92 focused on modern art (generally, the super high-end, historically significant pieces), whereas Pier 94 focused on contemporary works. Because AM is more interested in what’s going on in art now, we decided to just visit Pier 94, and even though we went not once, not twice, but three times, we’re sure that we didn’t get to see everything. 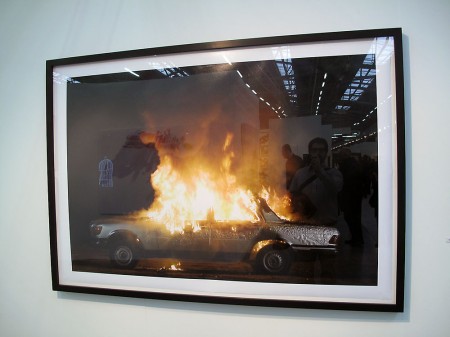 Overall, the mood was energetic and upbeat. Collectors moved through the fair at a brisk pace, taking in the sights and scoping for potential acquisitions, while gallerists attended to their booths answering questions in hopes of making sales. The “wow factor” was perhaps less than it was at this year’s Art Basel Miami, but there were still plenty of amazing works to been seen.

Amongst our favorites at Armory this year were several pieces by Barry McGee. The Bay Area street-art legend had a large older installation at LA’s Roberts & Tilton of nearly two-dozen frames, featuring his painted faces, geometric patterns and photographs. In addition, San Francisco’s Ratio 3 had smaller yet arguably nicer clusters in McGees newer styles. 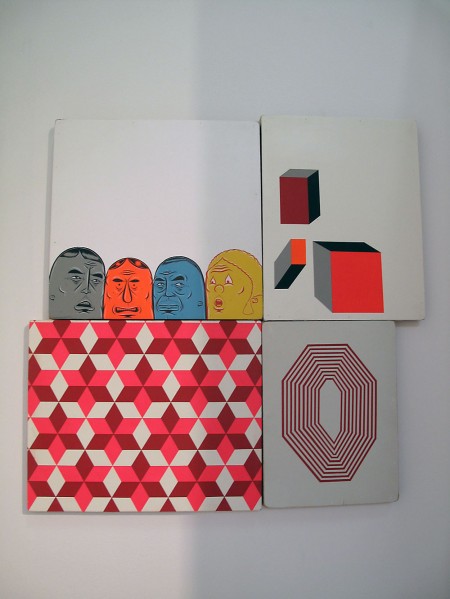 Always one of our favorites, Tokyo’s Mizuma Art didn’t fail to impress us with their selection of works by Japanese artists Ai Yamaguchi, Akino Kondoh, Hisashi Tenmyouya and Masakatsu Sashie. The booths two stand-out pieces were by Manuba Ikeda and Tomoko Konoike. Ikeda’s insanely detailed large-scale drawing was as dizzying as it was beautiful. And Konoike’s installation, in which her 2005 animation “Mimio Odyssey” was project down from above onto a open ceramic book, was absolutely stunning. 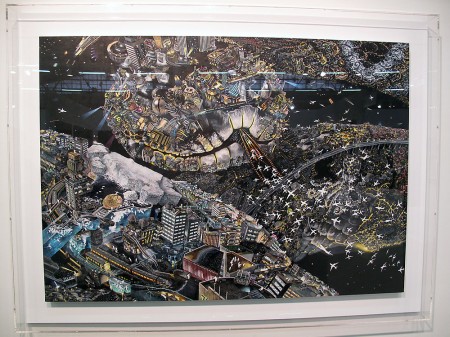 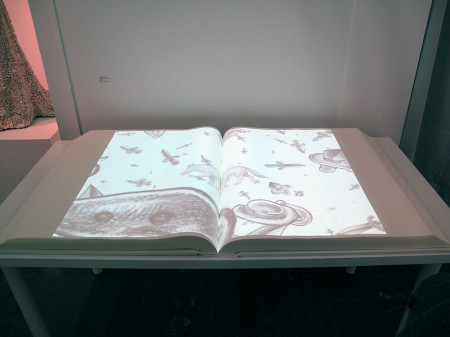 Take a look at the rest of the pictures from this year’s Armory, and check back tomorrow for more coverage of the other Armory Week fairs.