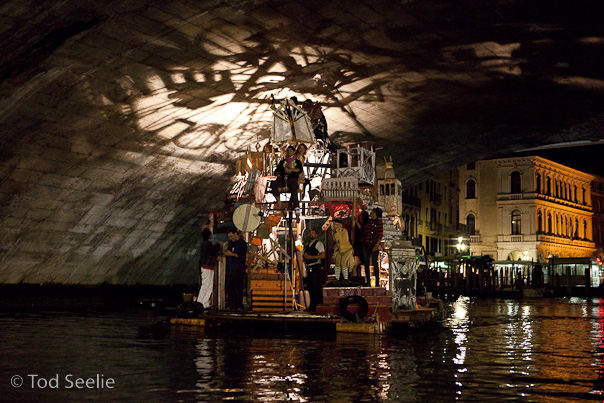 Swoon (interviewed) and her friends are throwing a benefit silent auction this Friday, March 5th, to raise funds for a Swimming Cities project on India’s Ganges river. The fundraiser will feature work from a nice list of artists (seen after the jump), as well as the unveiling of a 18′ x 8′handcrafted, stainless steel catamaran powered by a motorcycle driven paddle wheel. To read more about Swimming Cities and the new Ocean of Blood Project in India, take a look after the jump, or check out their Web site here.