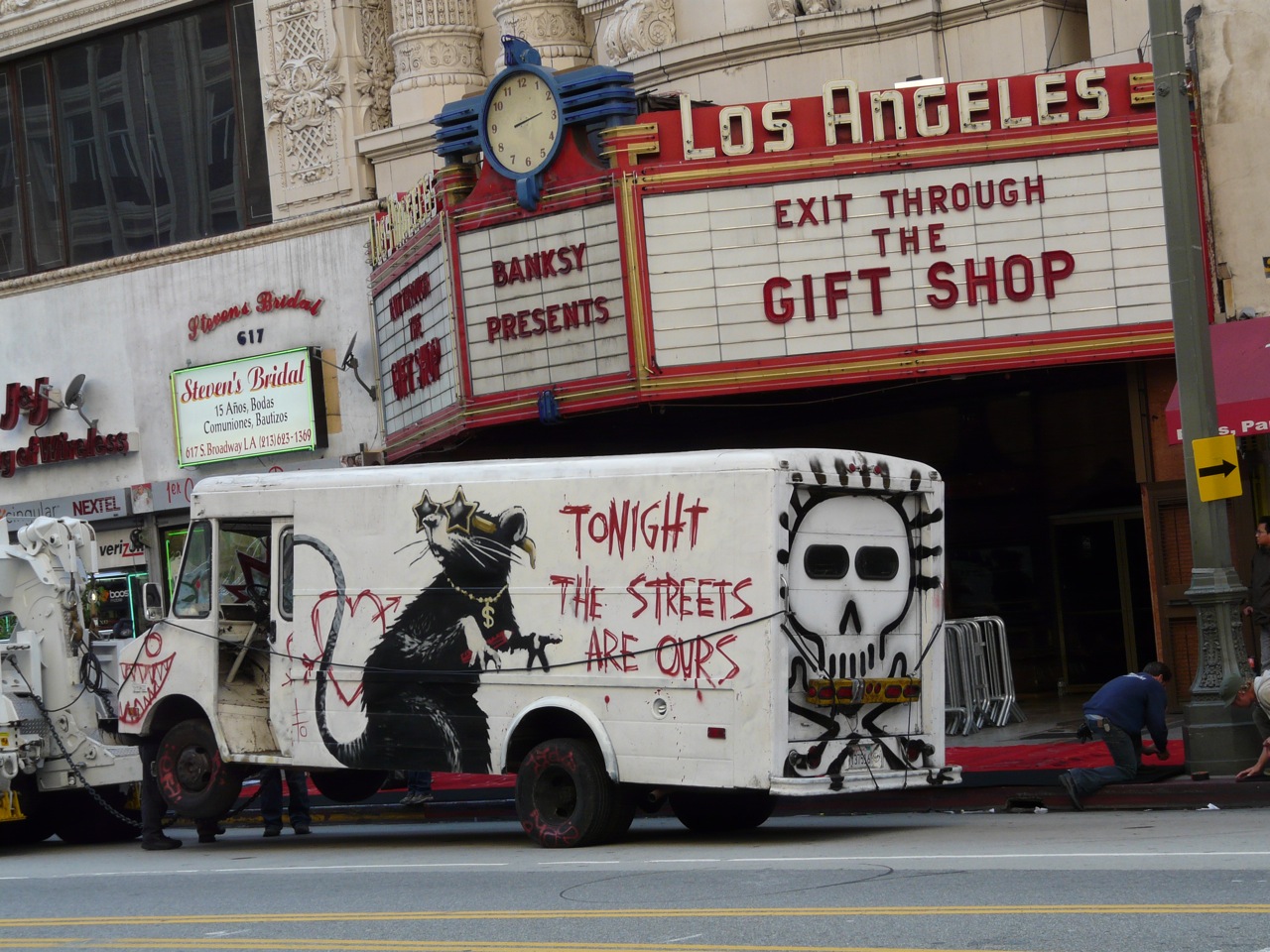 AM was lucky enough to be able to attend the Los Angeles premiere of Banksy’s “Exit Through The Gift Shop” earlier tonight at the historic Los Angeles Theatre. With the art community on high alert, the cavernous and exquisitely beautiful theater was filled (at least the first floor) with collectors, celebrities, pseudocelebrities, and knowledgeable street art fans.

As we guessed in an earlier post, no expense was spared for this important opening with major media outlets on hand to witness the many installations on site including the graffiti red carpet, Banksy truck, masked pianist, caged tweety, cops & surveillance cameras, as well as the costumed staff at the ornate “movie palace” built in the early 1900’s. Guests were also invited to spray paint the limo & truck at the front of the theatre that had apparently been staged to look as if they had gotten into an accident.

As for the film, we won’t ruin it for you with an extensive review, but suffice it to say, street art fans will not be disappointed by the historic and extensive footage all the way from the early beginnings of the movement. Also, no matter what you think of his art, dare we say you grow to understand and empathize with the somewhat mentally unbalanced, perhaps unwittingly funny, and almost lovable Mr. Brainwash during the film – at least the way he was portrayed.

See all the opening photos after the jump… 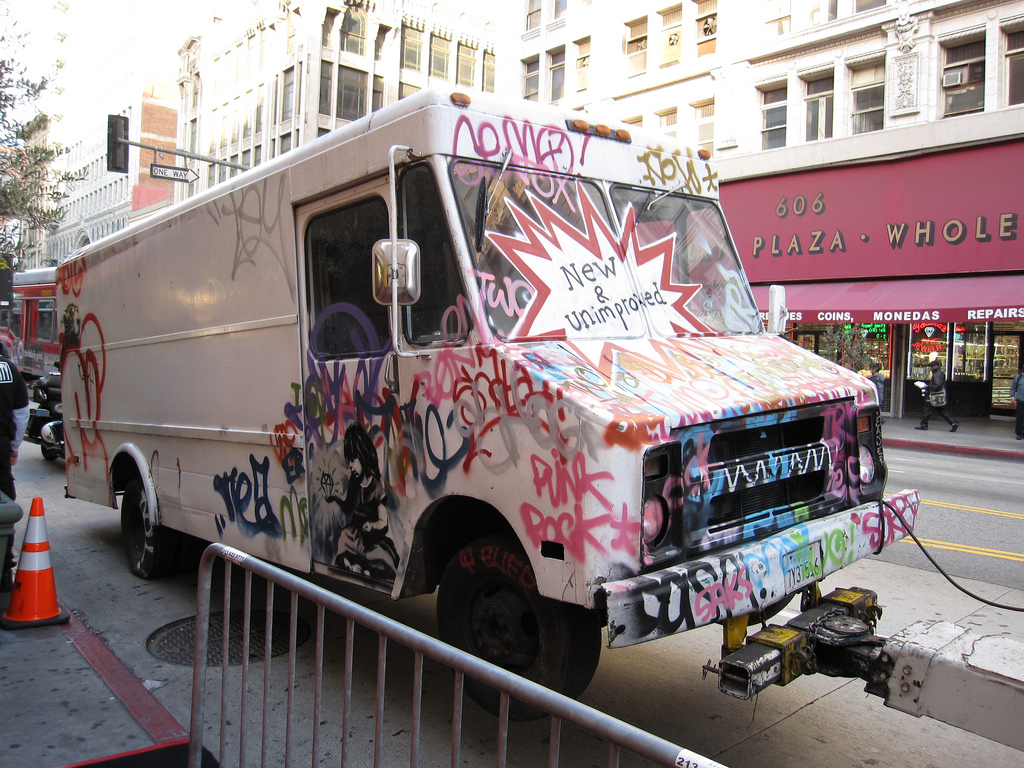 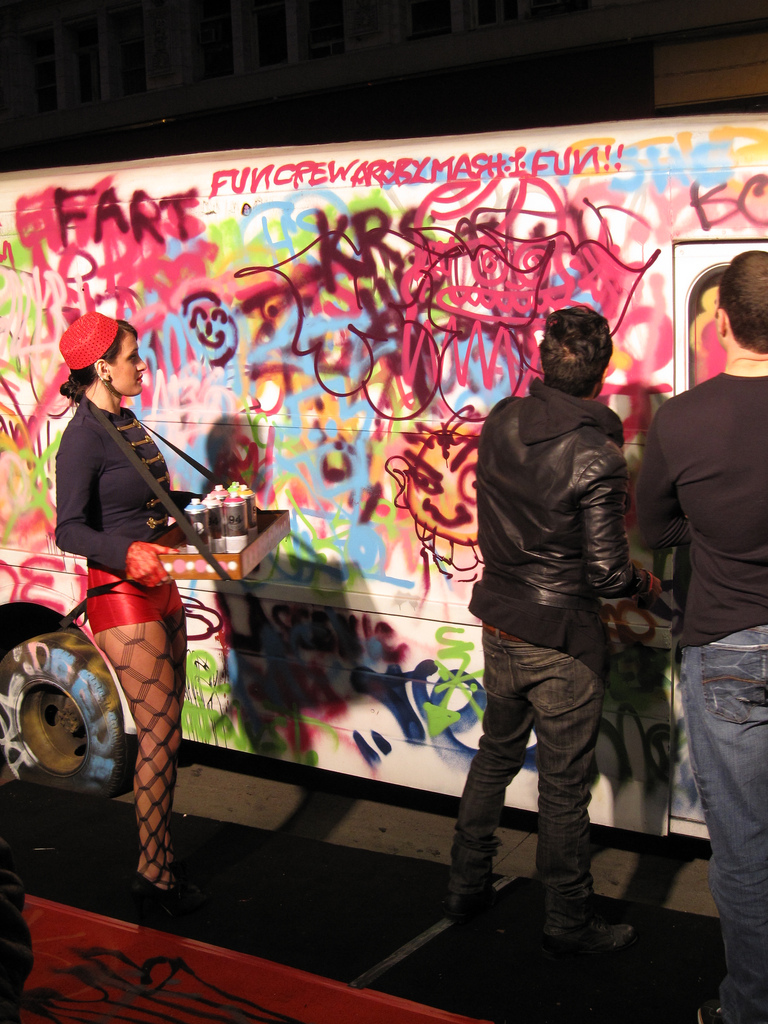 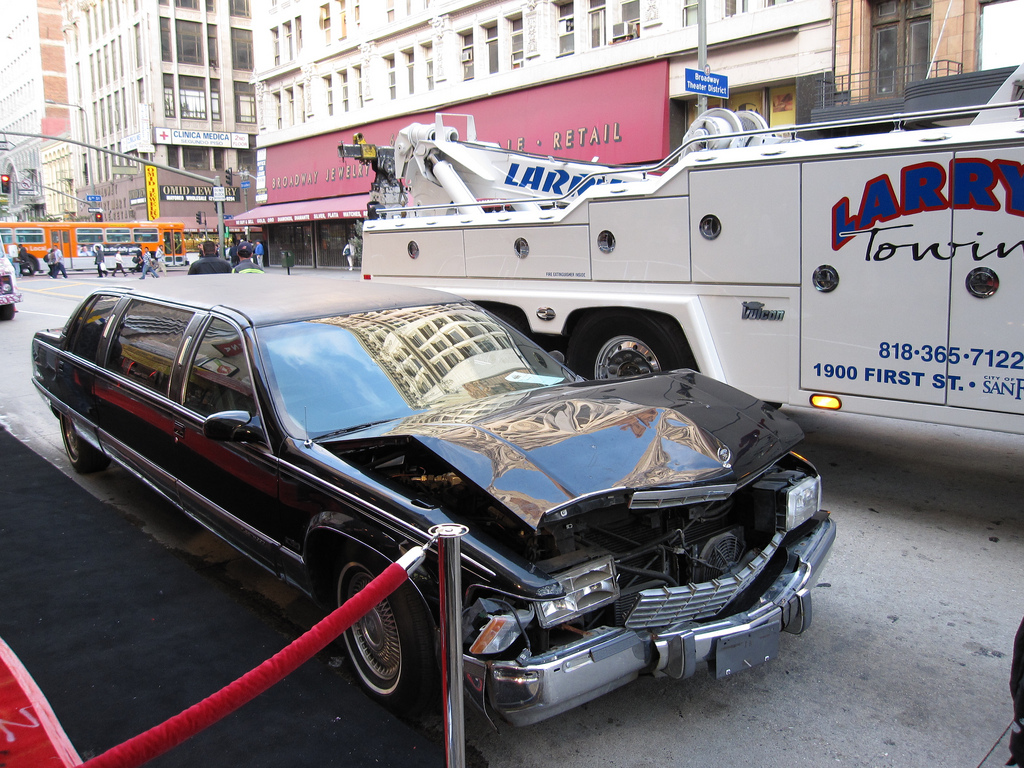 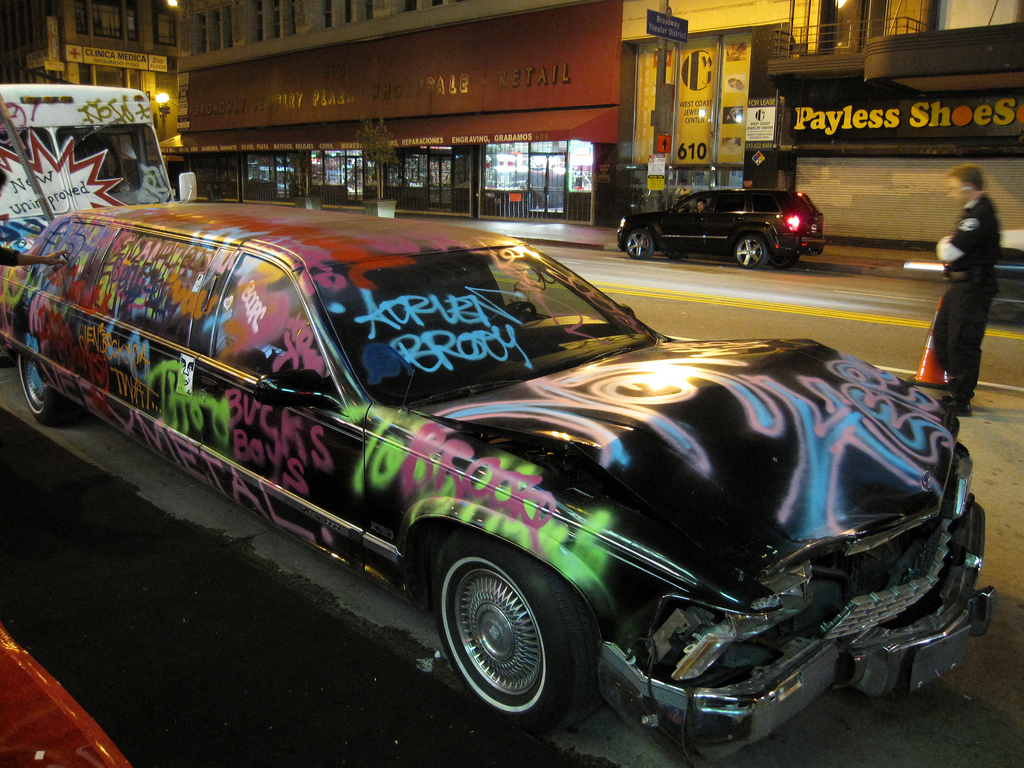 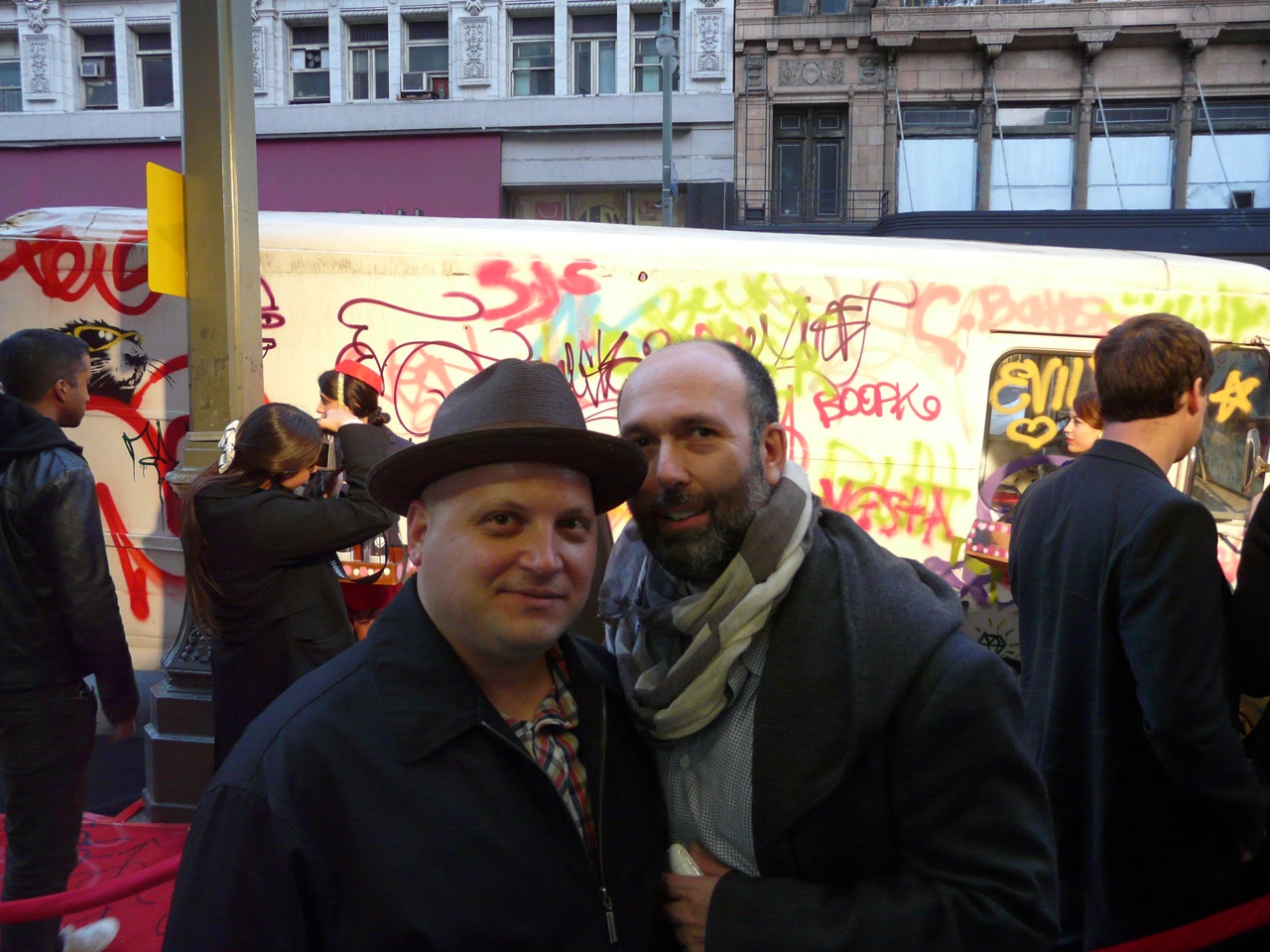 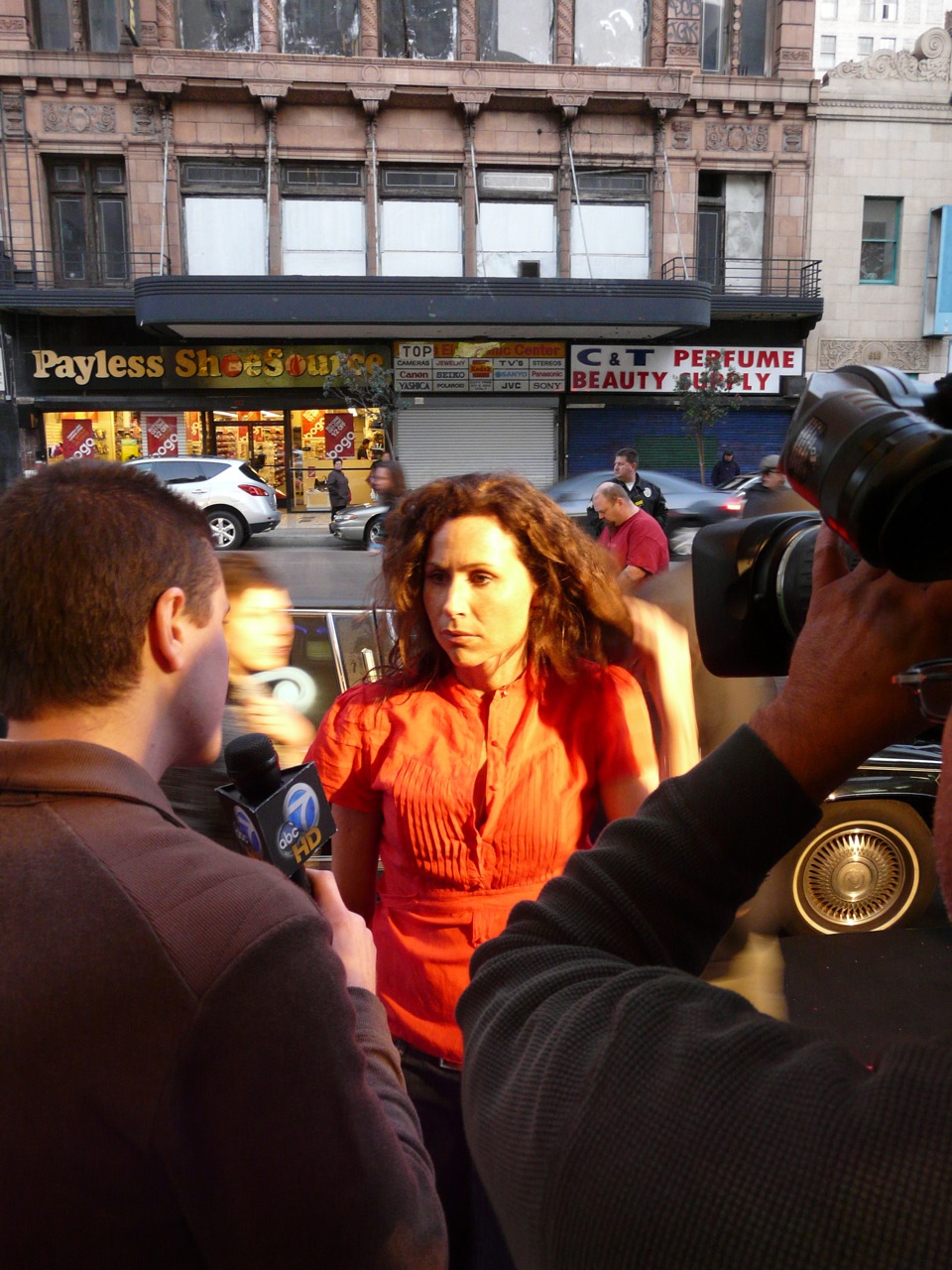 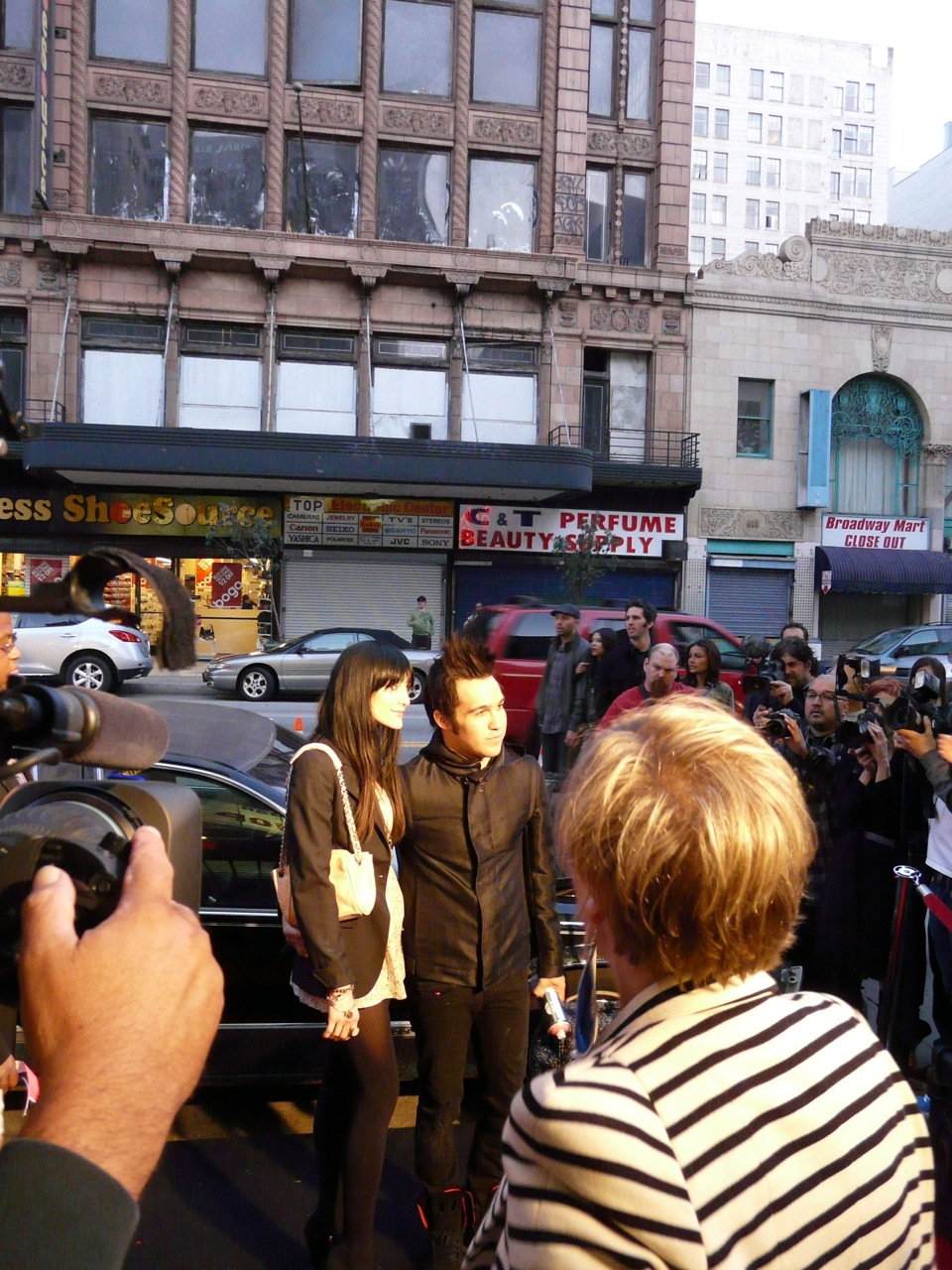 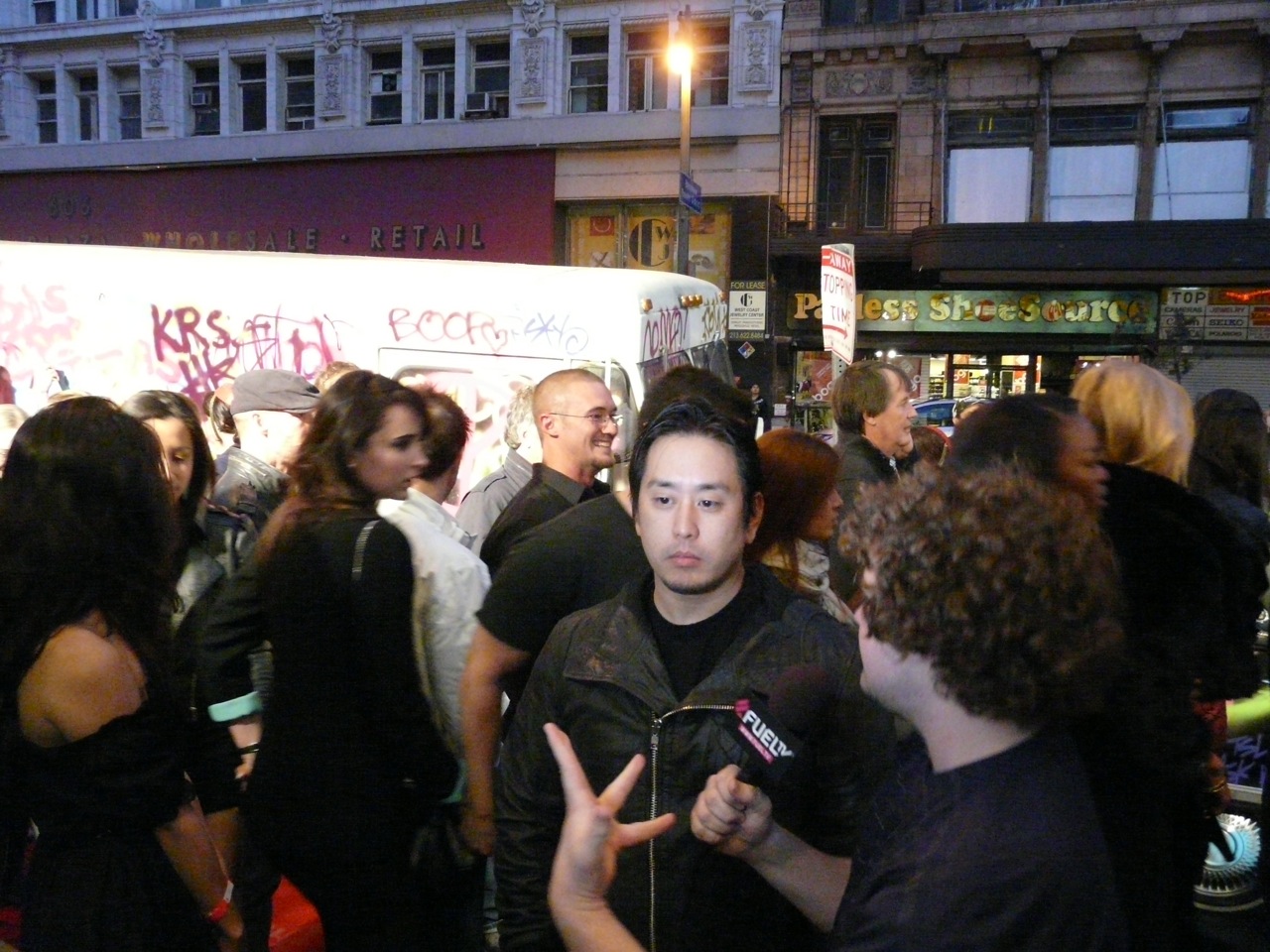 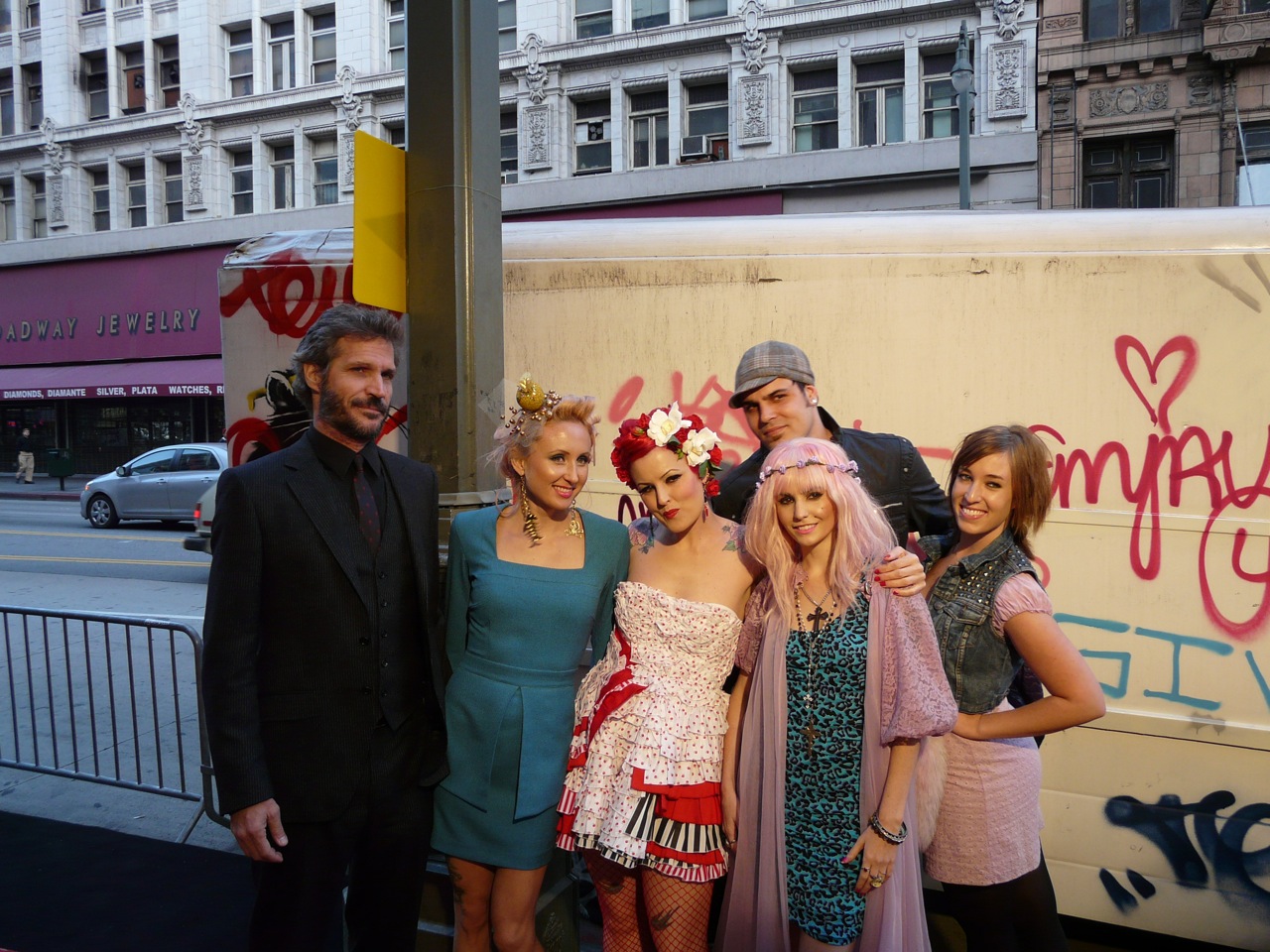 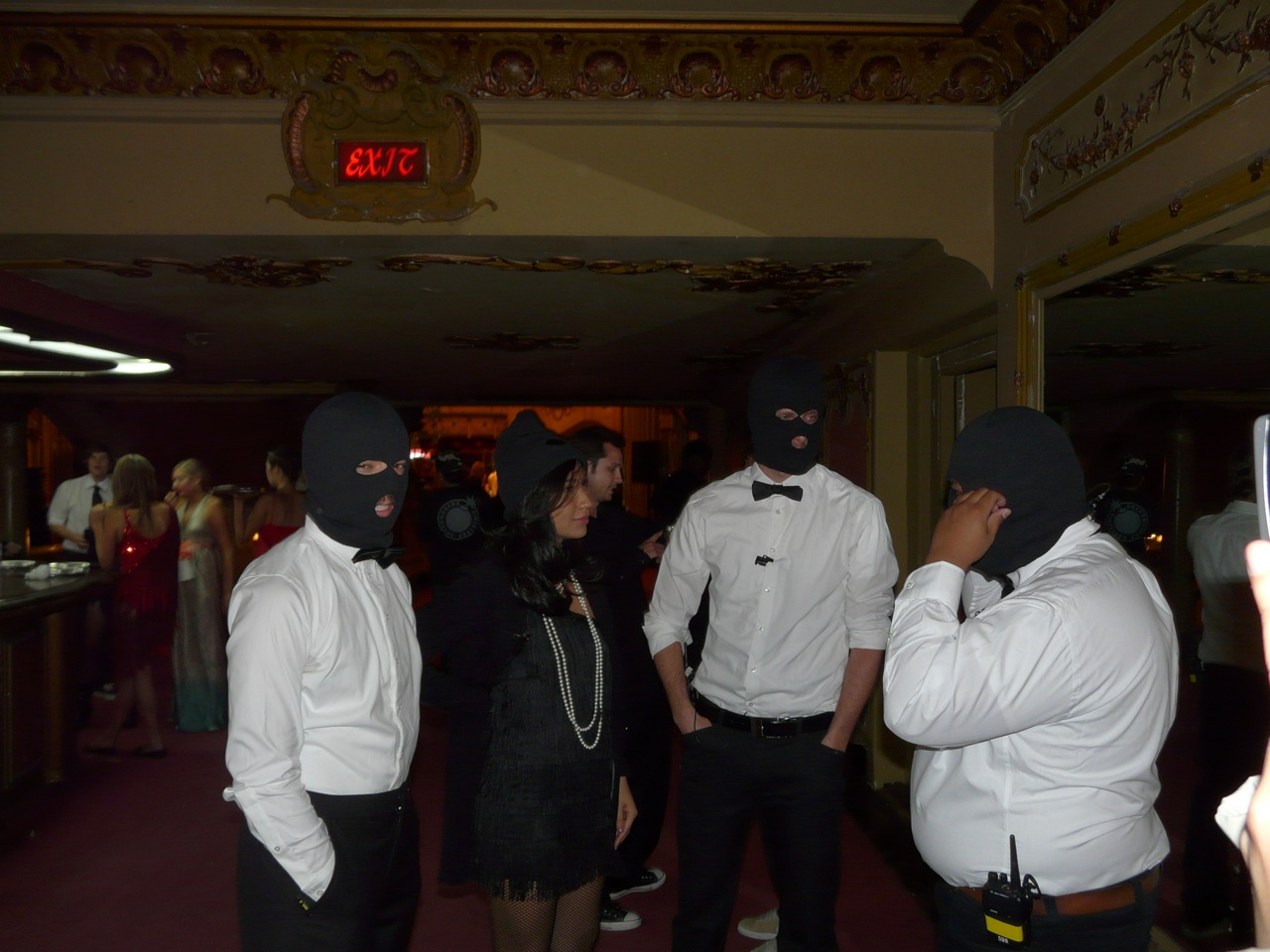 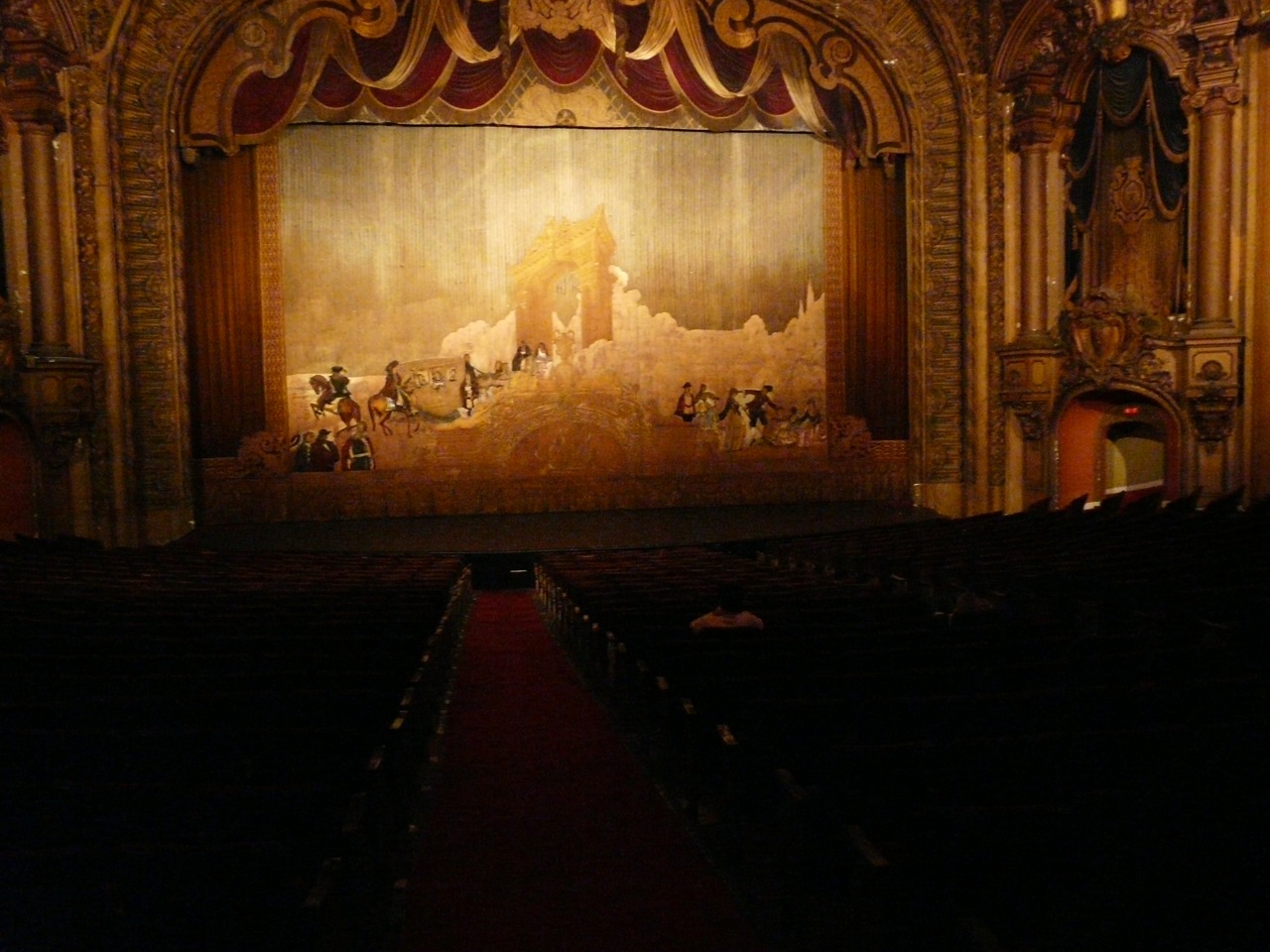 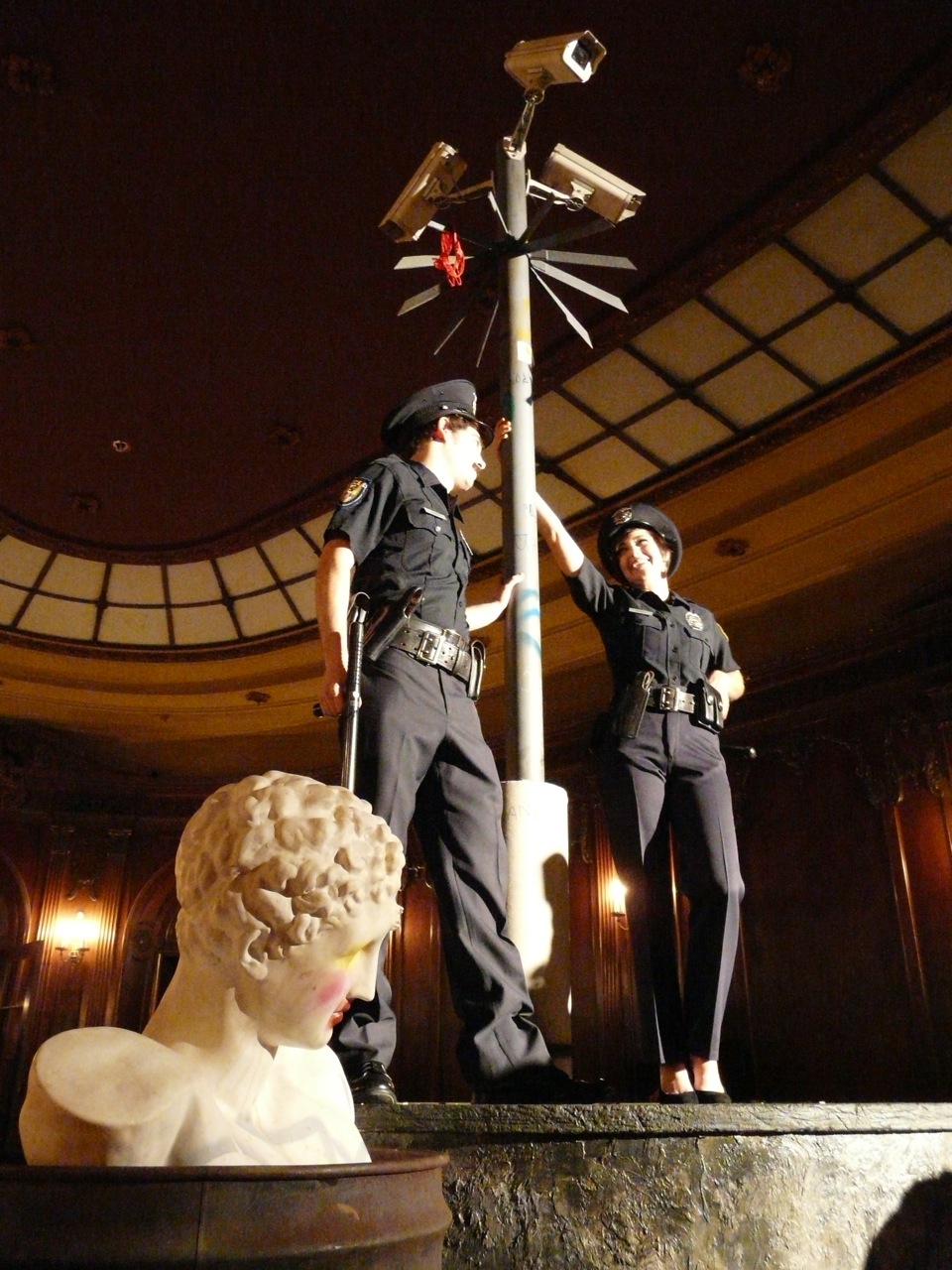 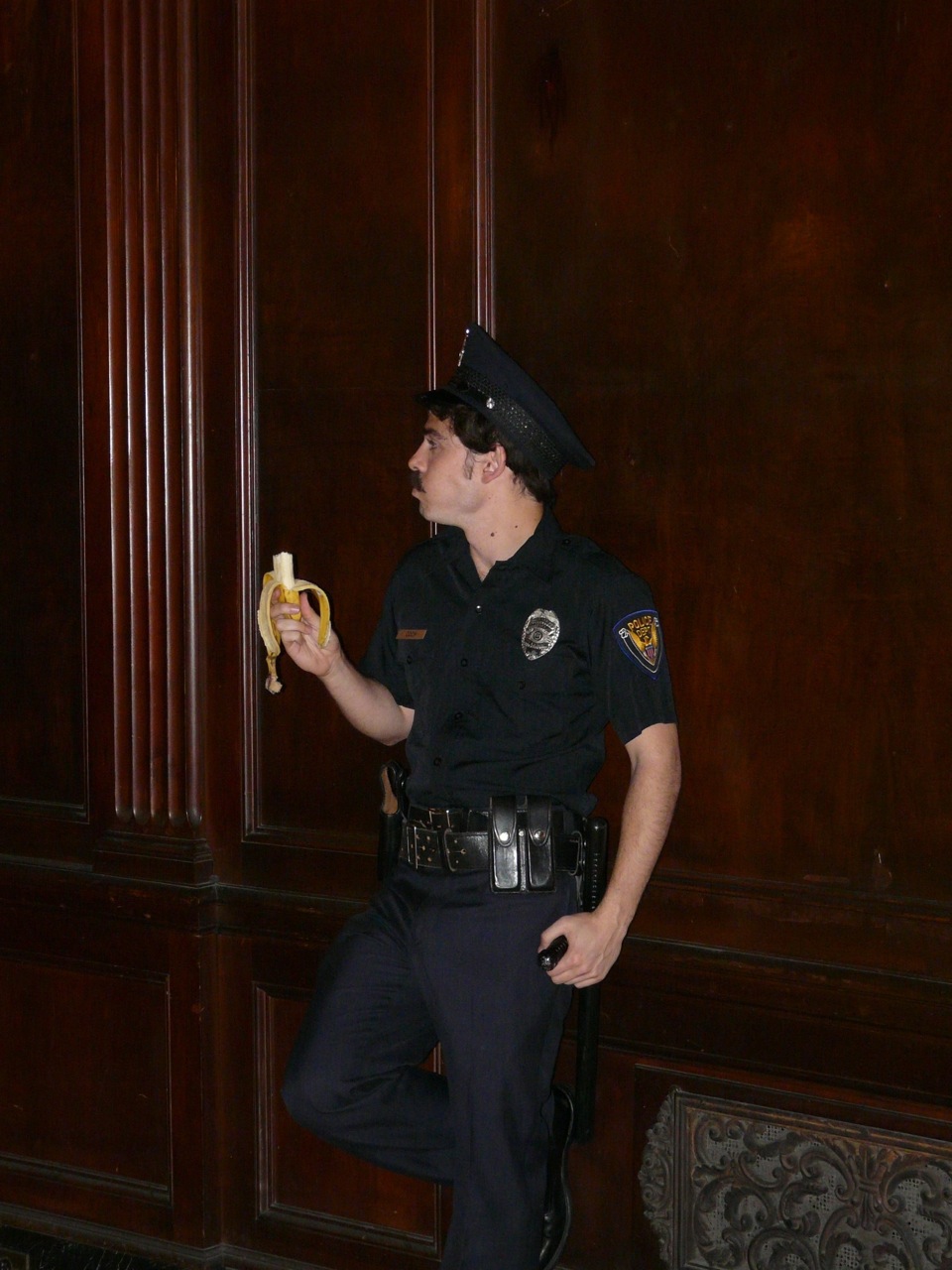 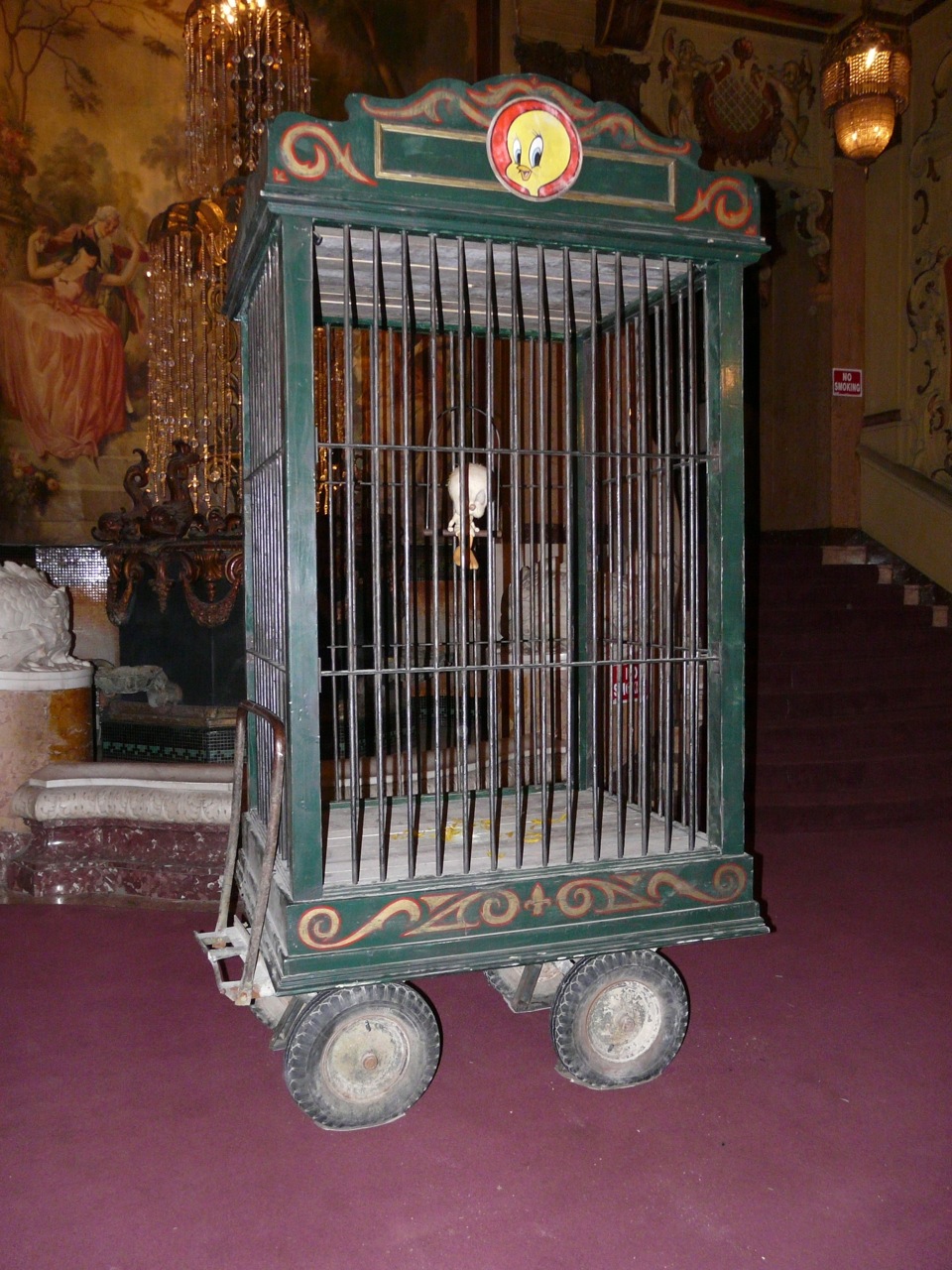 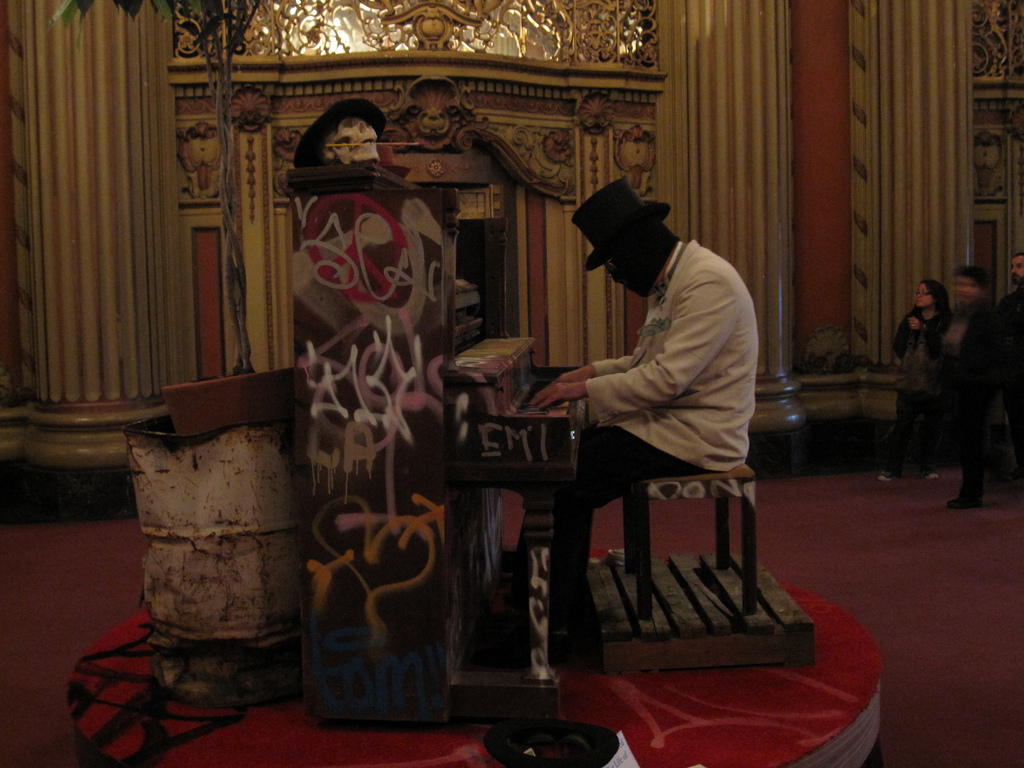 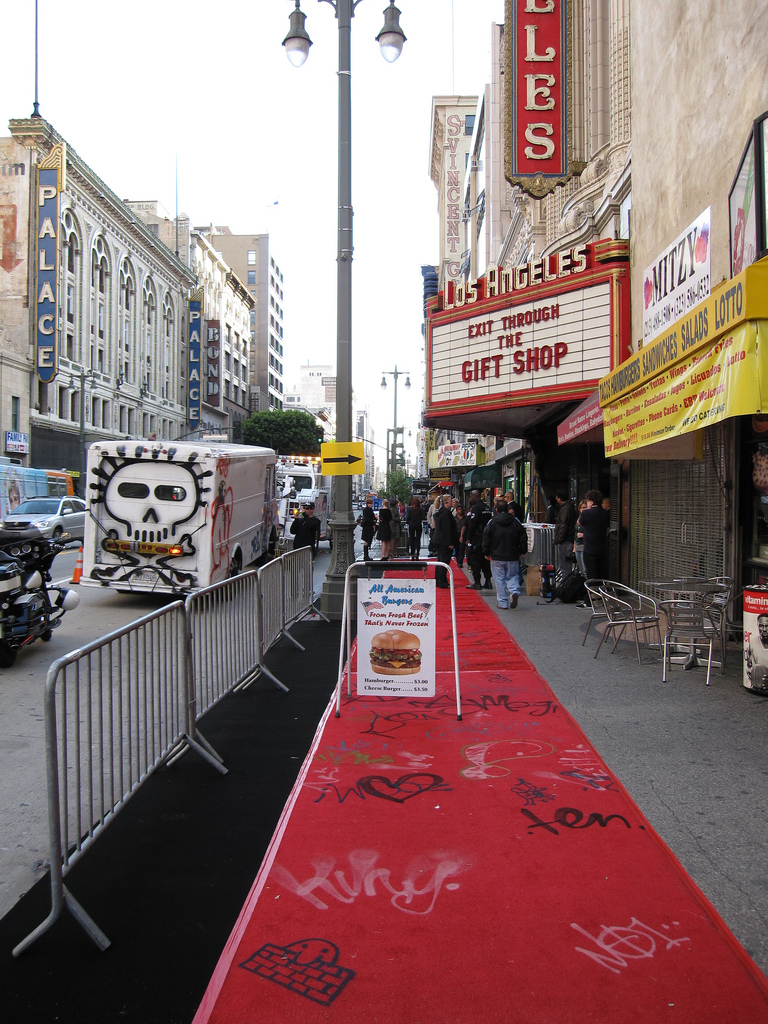 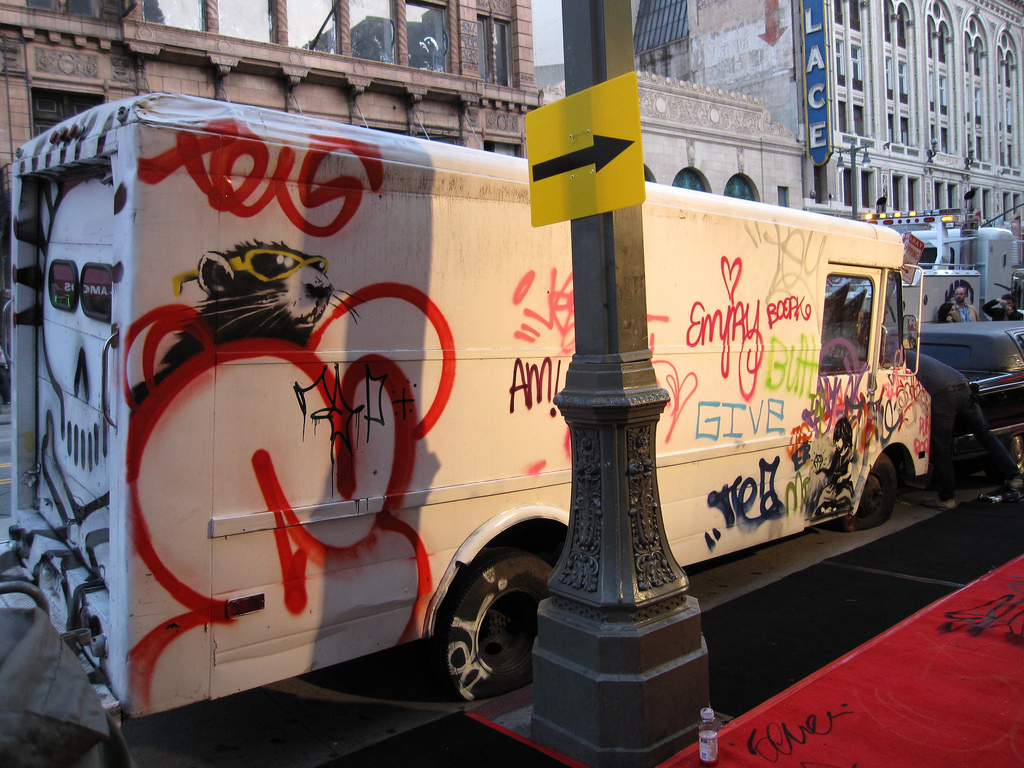 Do we see an AM (Arrested Motion) tag?

Do we see an AM (Arrested Motion) tag?