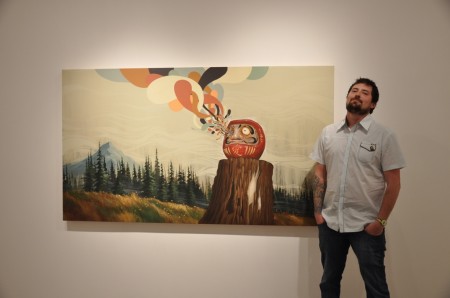 In what sounds like an eternity in the fast-moving and evolving world of contemporary art, Blaine Fontana has just opened his first gallery exhibition in 3 years.  He returns with a tightly constructed, cohesive body of work with a unified theme.  The solo exhibition at LeBasse Projects in Culver City features 13 paintings, using acrylic and almost entirely on board, all intricately and exquisitely rendered by the Otis graduate.

More, including images of the entire show, after the jump… 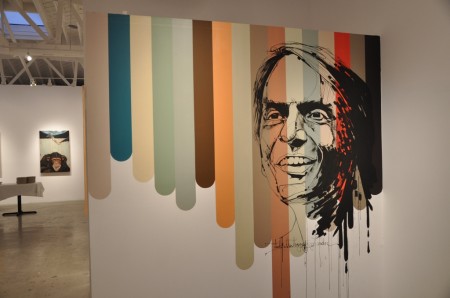 Fontana, who resides in Portland, centered this show around US history, specifically the concept of The Voyager Golden Record, a collection of phonograph records included in Voyager spacecrafts launched in 1977.  The recordings contained sounds and images carefully curated to reflect the diversity of life on Earth, intended to be viewed and listened to by intelligent extraterrestrial life or far future humans.  In the same vein, the artist’s new paintings express his 21st century reflection of life, humanity, mankind’s progress and evolution, and the duality of technology and science versus it’s limitations and deterioration of our natural human tendencies and activities. 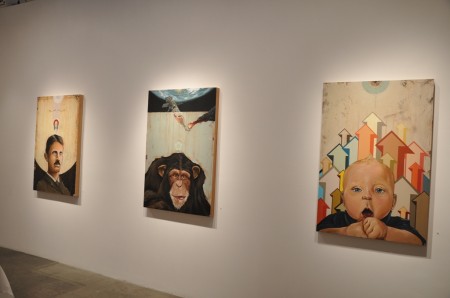 The works are optimistic and critical, nostalgic and forward-looking, objective and at the same time personal.  Above all, it is obvious that the artist dedicated much thought and effort into each piece and remained focused on the theme.  Let’s hope we won’t have to wait another 3 years for Blaine Fontana’s next body of work.  Check out the show, The Golden Record at LeBasse Projects before it closes on May 22. 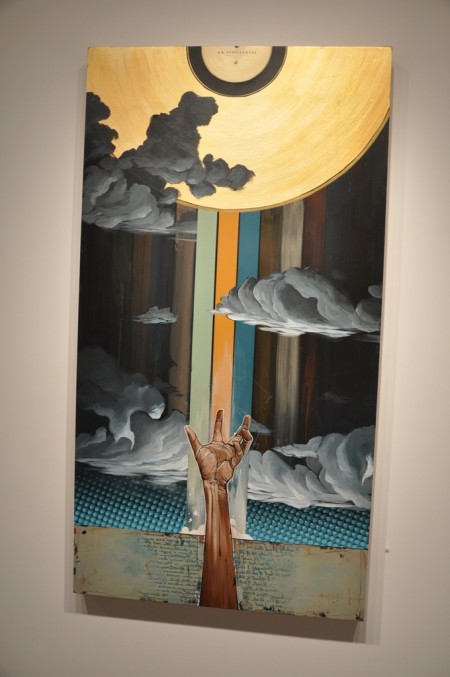 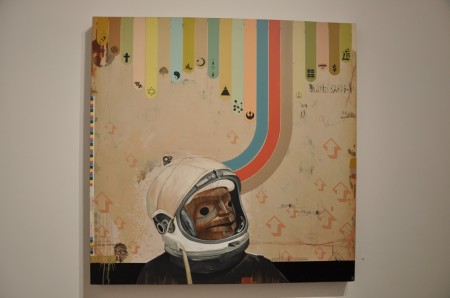 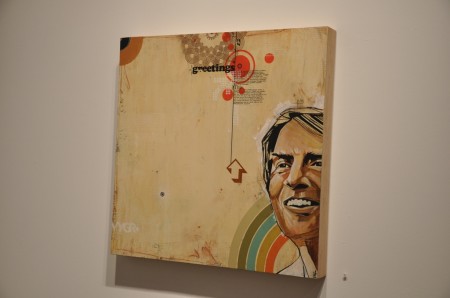 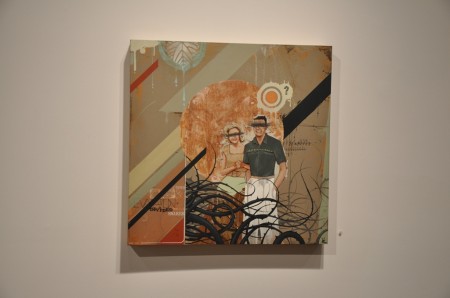 Article and photos by Khoi Nguyen