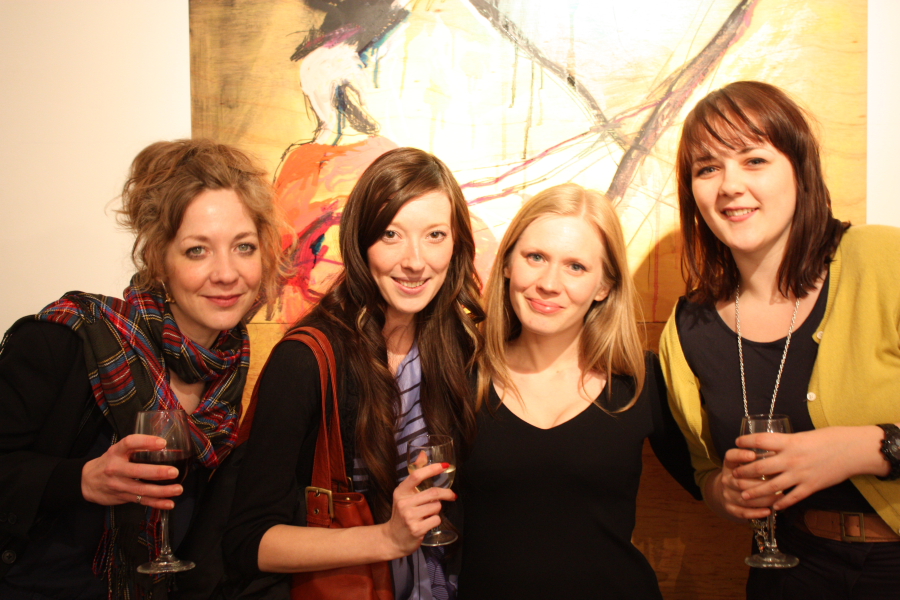 AM went along to Opus Art’s opening of group show “Fresh Cream 2” (previewed) at its Newcastle gallery last week to check out the collective wares of Lex Thomas, Hush, Ghost of a Dream, Charlotte Bracegirdle, Alexandra McLain, Hector de Gregorio, Karl de Vroomen and Teresa Duck. The show brought together a great level of variance in the outputs, mediums and techniques used by the artists involved.

Read on for our take on the show, as well as our pictures from the opening after the jump. 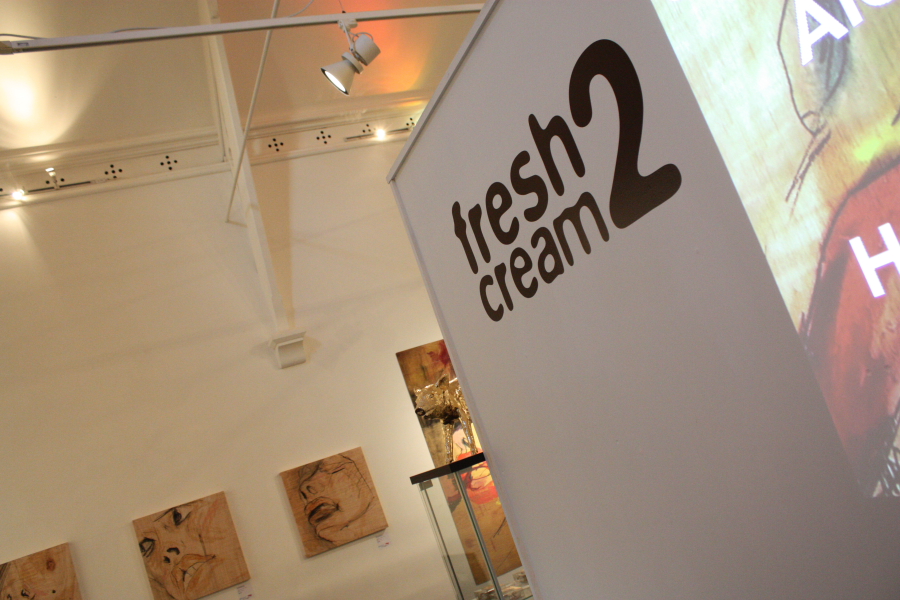 AM readers will probably be most aware of Hush, whose multi-layered canvas entitled “Passing Through” shows hints of what to expect from him in his upcoming solo show at the Shooting Gallery in San Francisco next month (our recent studio visit here). Building up layers of screen print, acrylic and spray paint, Hush’s painting style generates just the right mixture of portraiture and abstraction, and the right combination of urban and traditional fine art techniques. 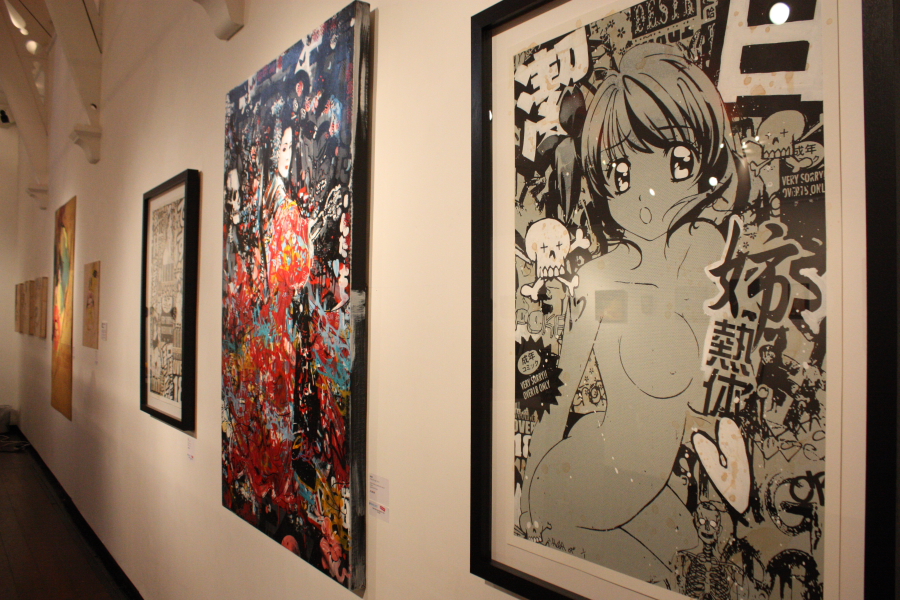 All of the artists involved in the show displayed a cohesive direction within their works. We felt that ‘”Fresh Cream 2″ was a celebration of already known and emerging artists, and one of the strongest and most distinctive emerging talents we have seen in the UK currently is Lex Thomas. 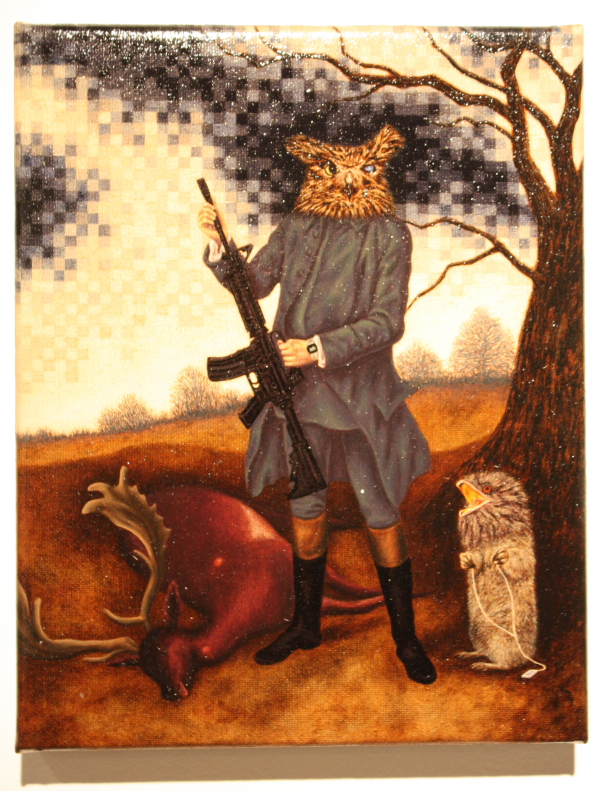 Lex Thomas lives and works in the artist hub of Dalston. She describes her work as “futuristic nostalgia” and her paintings, set within a dystopian world she calls “Notopia”, depict classically informed characters with animal heads and limbs. Their clothing from a bygone era combine with the elements of technology (laptops, phones etc.) reflects the beautifully rendered oil painted characters set before an abstracted and pixelated background. Clever stuff. 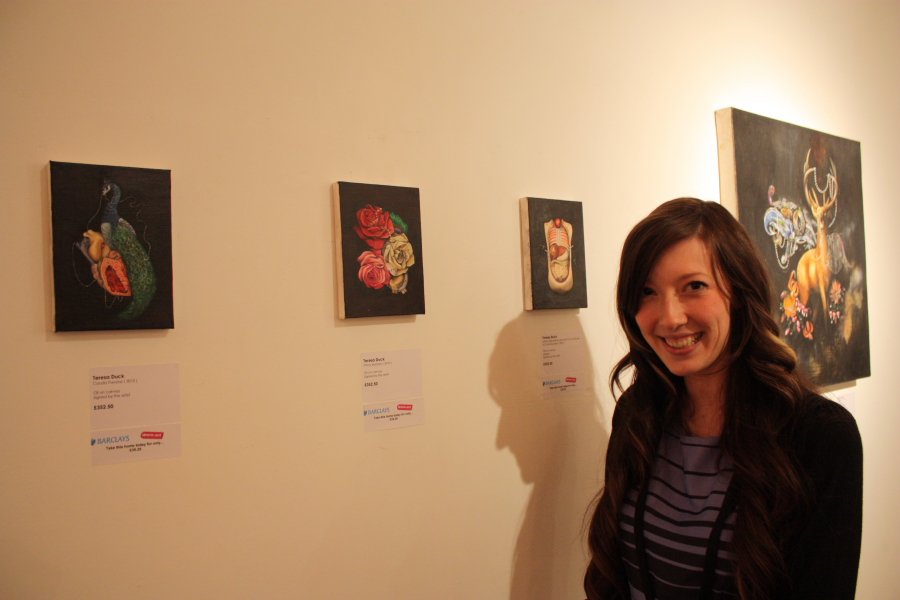 All five of Teresa Duck’s works exhibited showed her metaphysical approach to painting, and the pinch of surrealism within her three small anatomically themed works were brilliantly executed. Teresa displays great confidence in her work, especially in her use of vibrant colour popping against the bold black backgrounds. She puts some serious thought into the concept of her work too. It’s so easy to present “Untitled 1 to 5”, but with titles like “The Biology of Cibation”, “Latent Dispositions and the 8 Circuit Model of Consciousness” and “Lacrima Cervi”, you can’t help but be drawn in to the symbolism and alchemistic language she conveys within her output. We can’t wait to see more from this promising young artist. 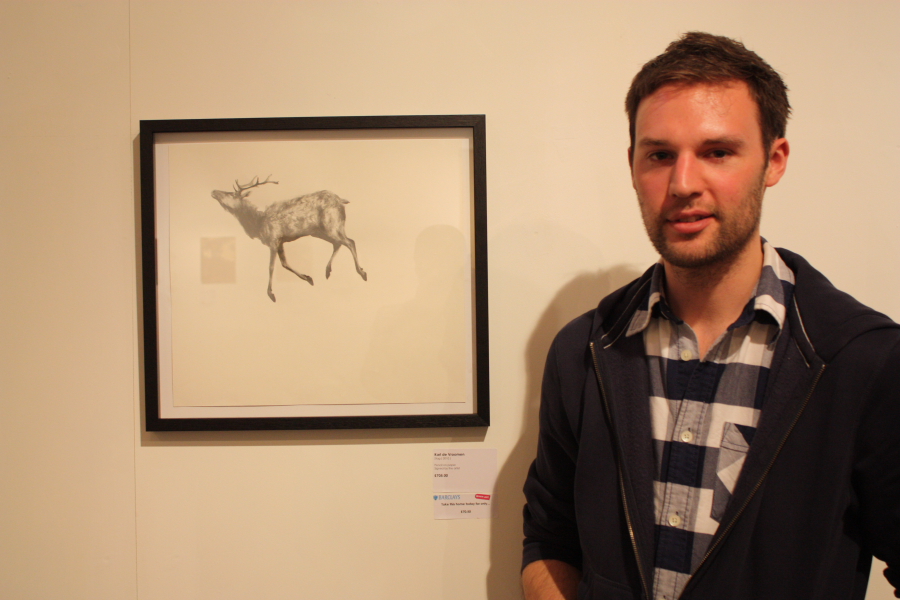 Karl de Vroomen presented a series of graphite pieces with an exquisite lightness of touch. A water actuated pencil gave the works an additional level of blending within the graphite – with the finery of the dry pencil being enhanced by a watercolour appearances in just the right places. Interestingly, Karl is currently also showing in the Saatchi exhibition “Northern Stars” at the Blade Factory in Liverpool, curated by Rebecca Wilson – he is one of 8 artists chosen from over 100,000 listed on the Saatchi gallery website. We saw his work at the Scope art fair in New York last year too, where each of his pieces presented had sold out. 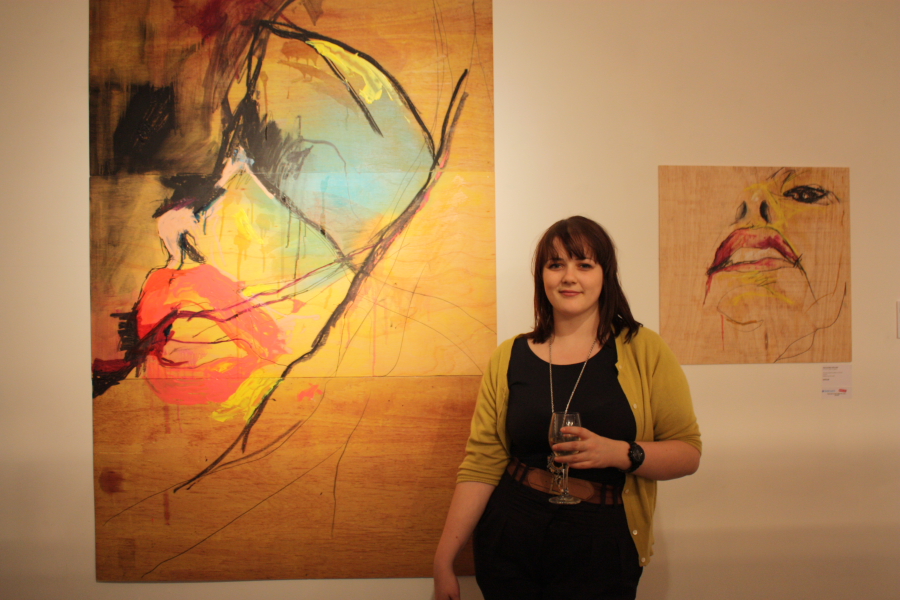 Alexandra McClain’s distinctive work is inspired and informed by fashion and glamour magazines, her concepts based upon advertisements from the collection of cuttings she has amassed. Seasonally changing to suit the ever-changing trends in fashion, her renderings are simple and effective against the harsh grain of the wooden canvas she uses, and are titled after the source material for example ‘Eva for Calvin’ and she’s obviously learned a lot of self control in the production of her work – knowing when to stop painting is a skill in itself. 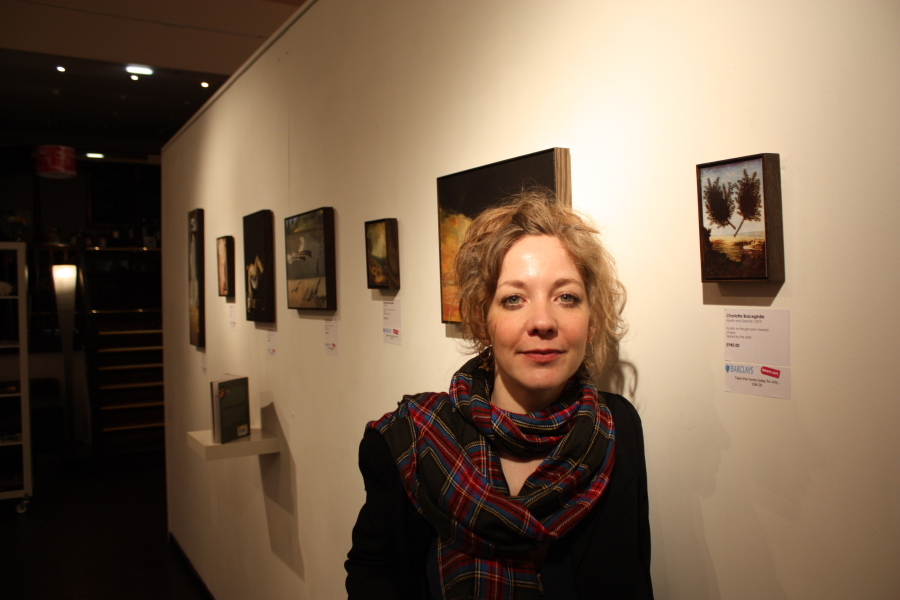 The concept behind Charlotte Bracegirdle’s work was an entirely refreshing approach to mark making for us. Charlotte buys in art prints as the starting point for her canvas and then proceeds to deconstruct the image, removing the focal part of the subject and seamlessly painting in the background. Want to see Rubens’ son of Saturn, only this time getting a break and not actually being devoured? Look no further! The paintings are left with a sense of serenity; the chaos and turmoil from the original composition having been removed. There is an elegant beauty in her disembodied silk robes and floating books that was presented in some cases alongside the original source material for reference. The delicacy of the standardised framing perfectly complimented the works presented too. 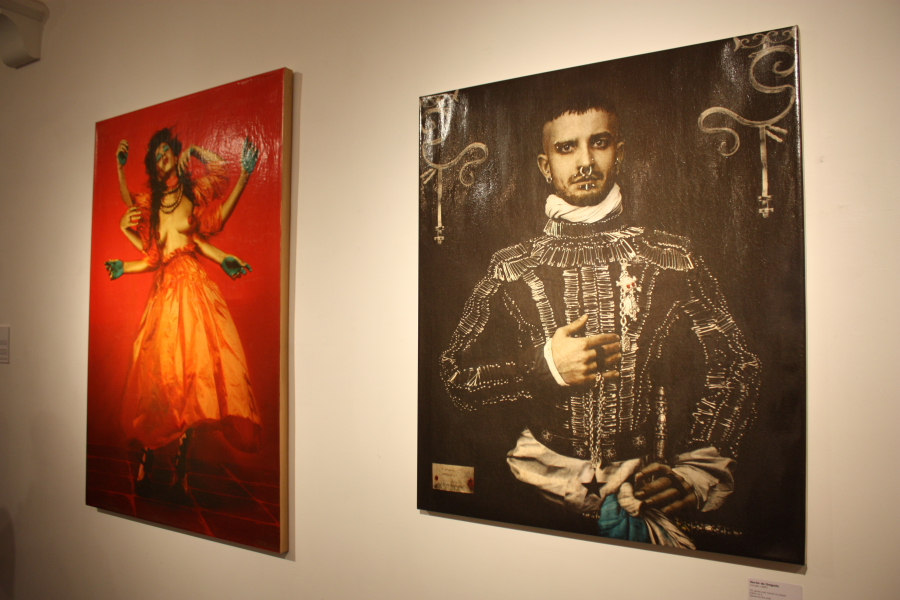 Additionally, Hector de Gregorio’s multi-layering approach to photography and print making showed much skill in his craft and collaborators Adam Eckstrom and Lauren Was who work under the name Ghost of a Dream brought an interesting sculptural piece entitled “Farewell” composed of used and discarded lottery scratchcards to this overall well presented show. 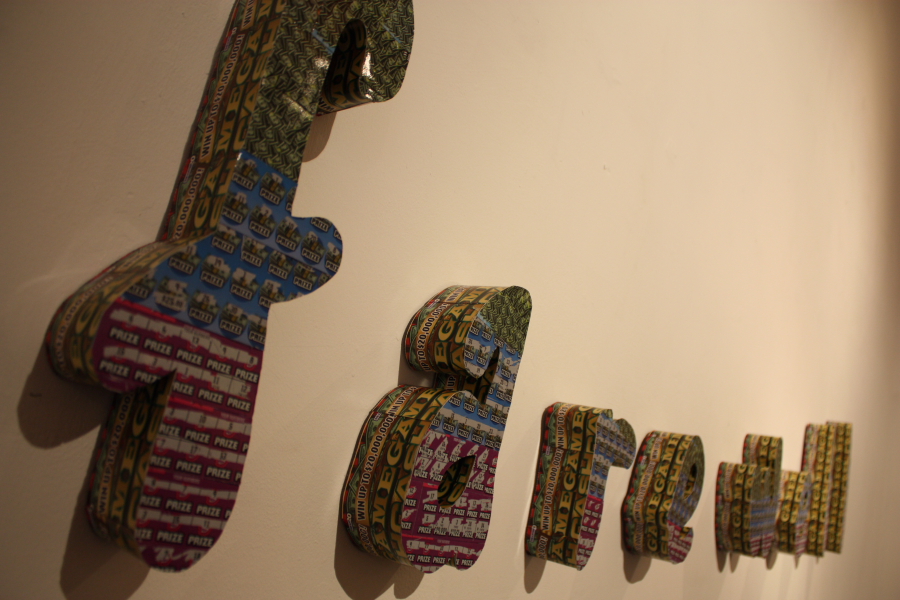 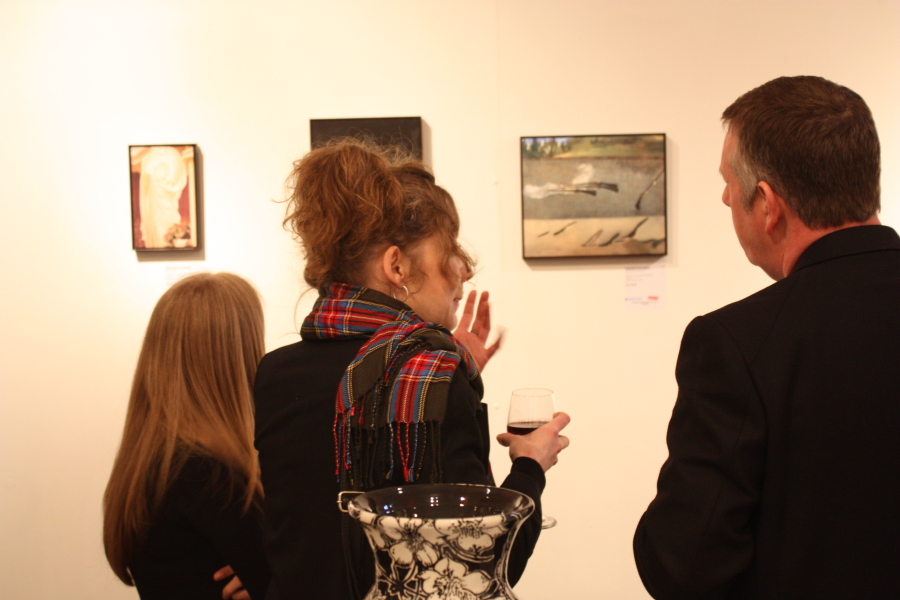 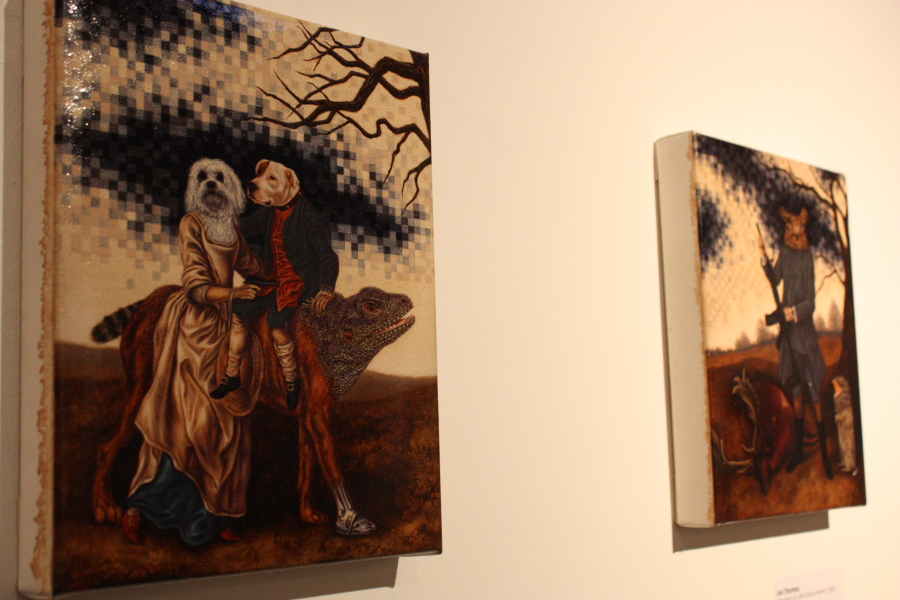 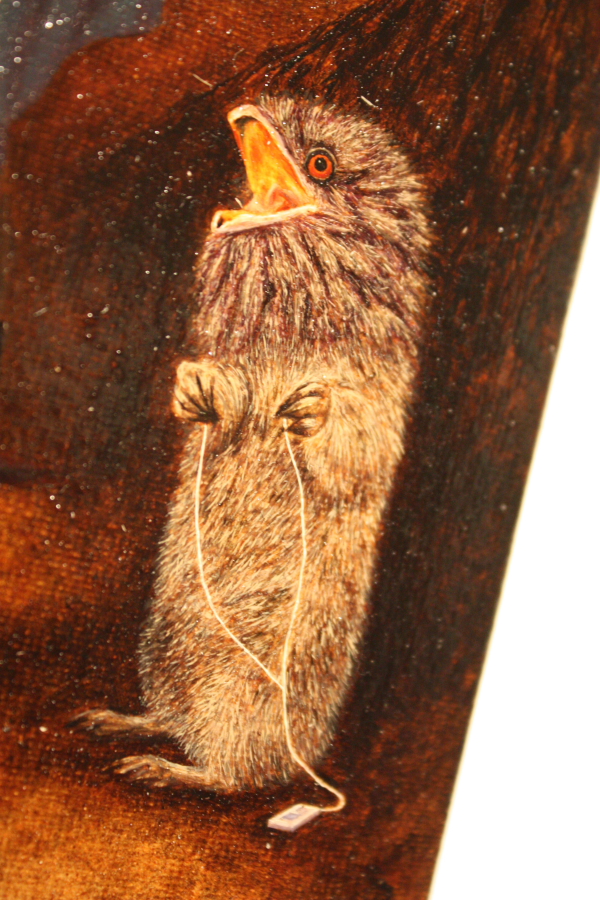 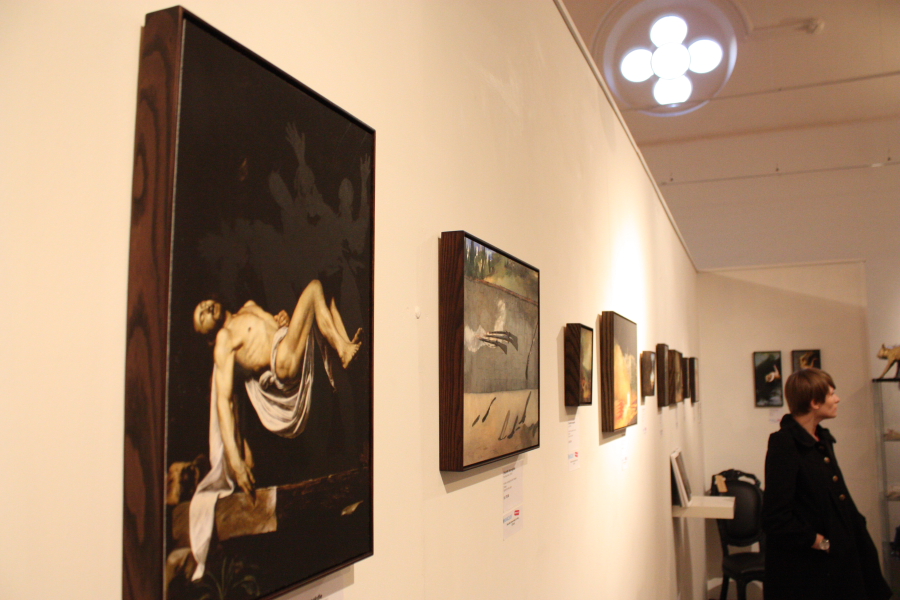 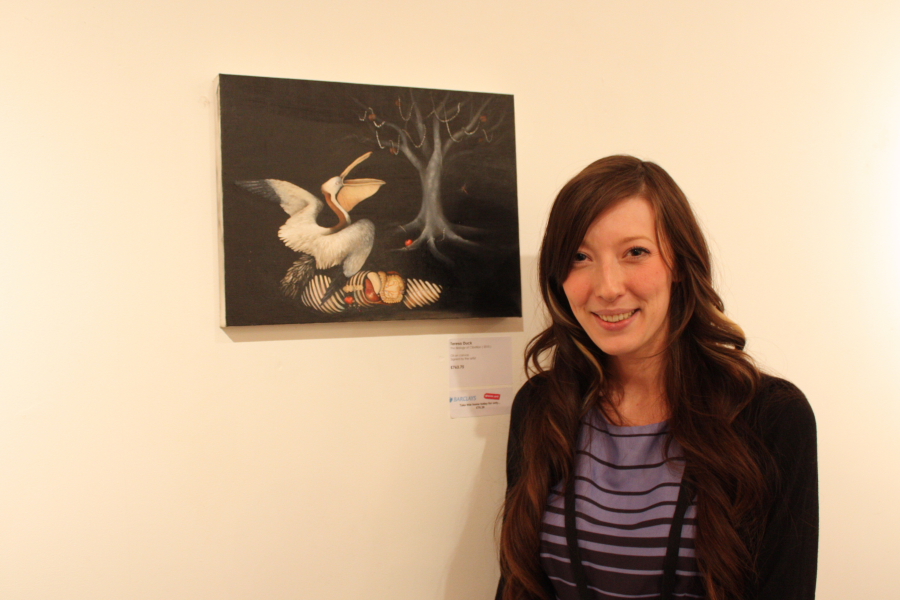 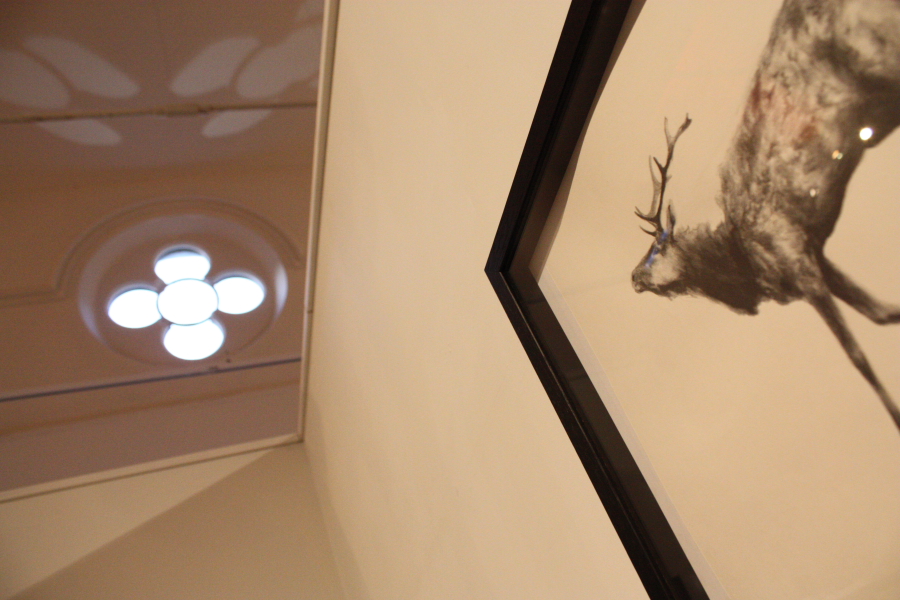 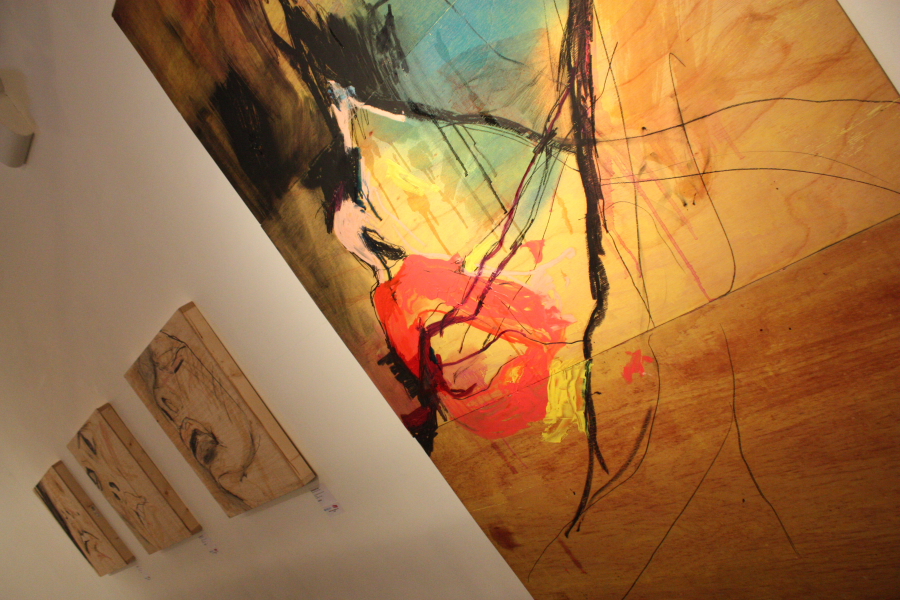 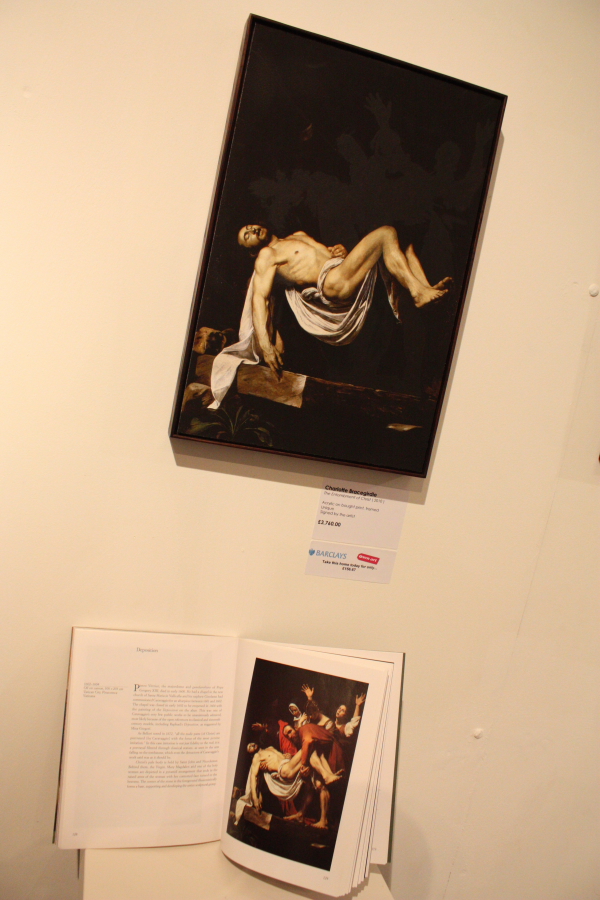 If you’re in the North of England anytime soon, be sure to make a detour and go see the work. The show runs until May 15th.