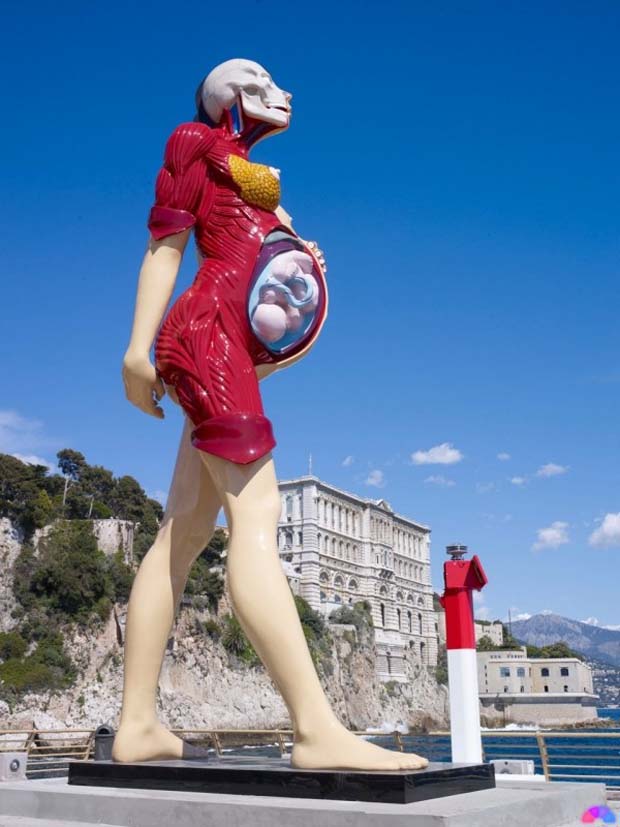 Is it just us or is it a little ironic that Damien Hirst is showing at the Oceanographic Museum of Monaco, especially since included is one of his famous formaldehyde shark tanks (although this current specimen, a great white was apparently already dead, unlike the tiger shark that rocketed him to fame in 1992)? As we first told you about here, Hirst’s show, which will run through September, is a retrospective of his most famous pieces including spin paintings, skulls, and formaldehyde pieces, but none more striking than this huge dissected woman statue.