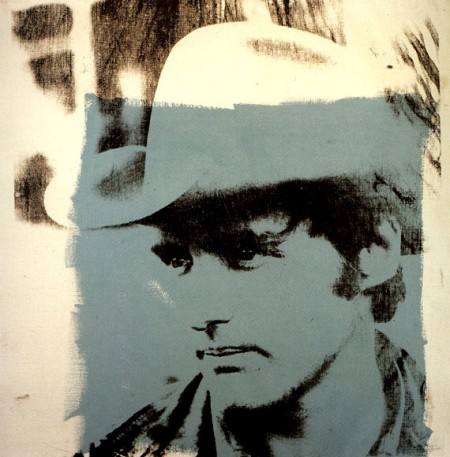 Dennis Hopper died today in Venice, CA, at the age of 74, due to prostate cancer. Though known to much of the world as an award-winning actor and filmmaker, Hopper was also an accomplished photographer and sculptor, as well as serious art collector. In fact, he purchased one of Andy Warhol’s first Campbell Soup Can paintings in Los Angeles for $75. Hopper was a frequent visitor to Warhol’s Factory and appeared in many of his art films.

Hopper’s photographic work was prolific and well-regarded. So much so, that Jeffrey Deitch chose to exhibit Hopper’s work as his first show as MOCA’s director. It is too bad that Hopper will not be around when it opens, but you will have a chance to see what the man was all about, through his career retrospective, Double Standard, opening on July 11.