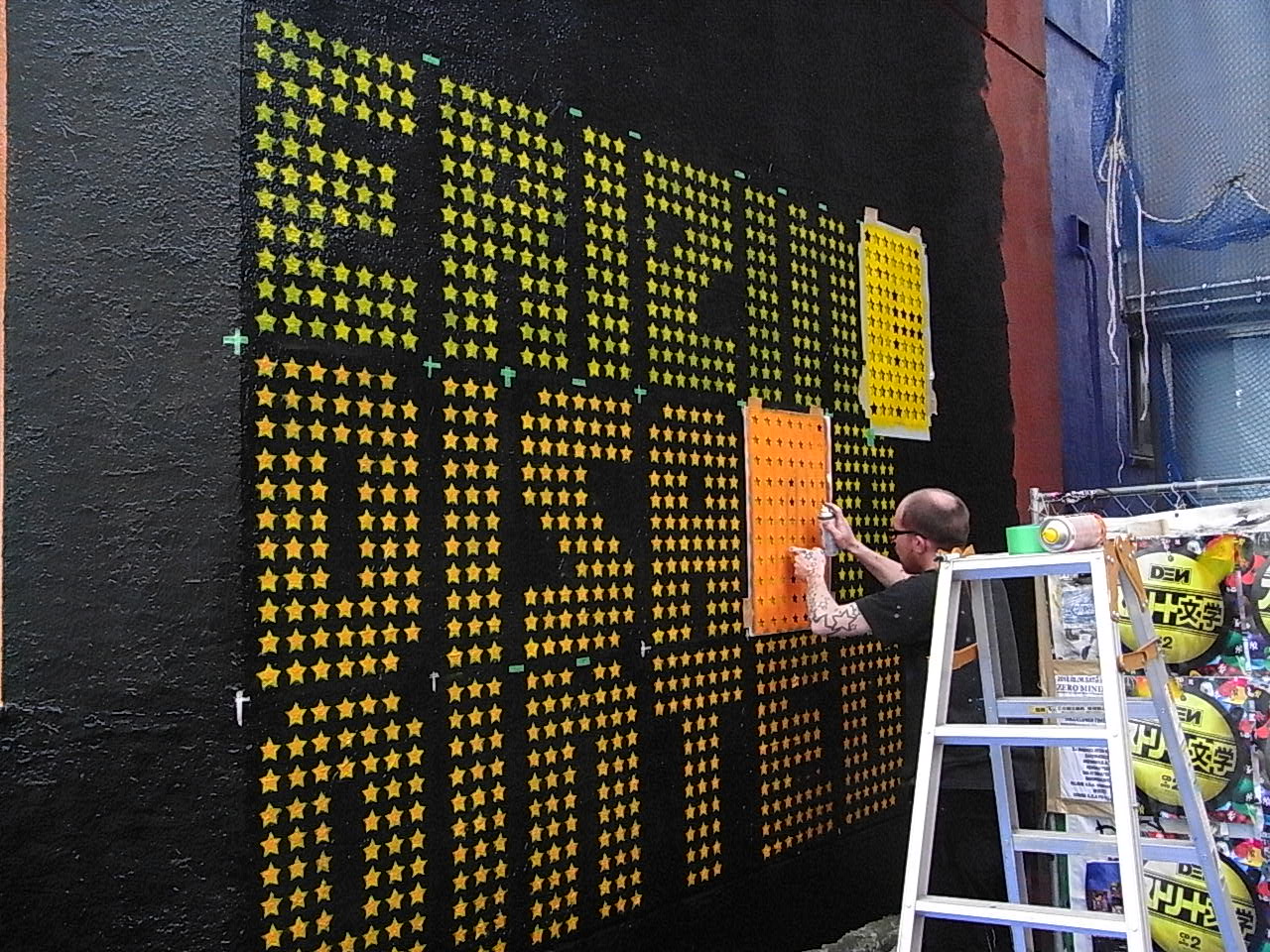 It looks like UK street artist EINE was over in Japan for a show at Gallery 503 recently. Apparently, he had a lot of time to throw up some pieces in the street, mainly due to getting stranded because of the recent volcanic eruption in Iceland.  Eine ended up painting 22 shutters and walls, though it looks like he only used the English alphabet for his fans in Tokyo…

Take a look at more images after the jump.