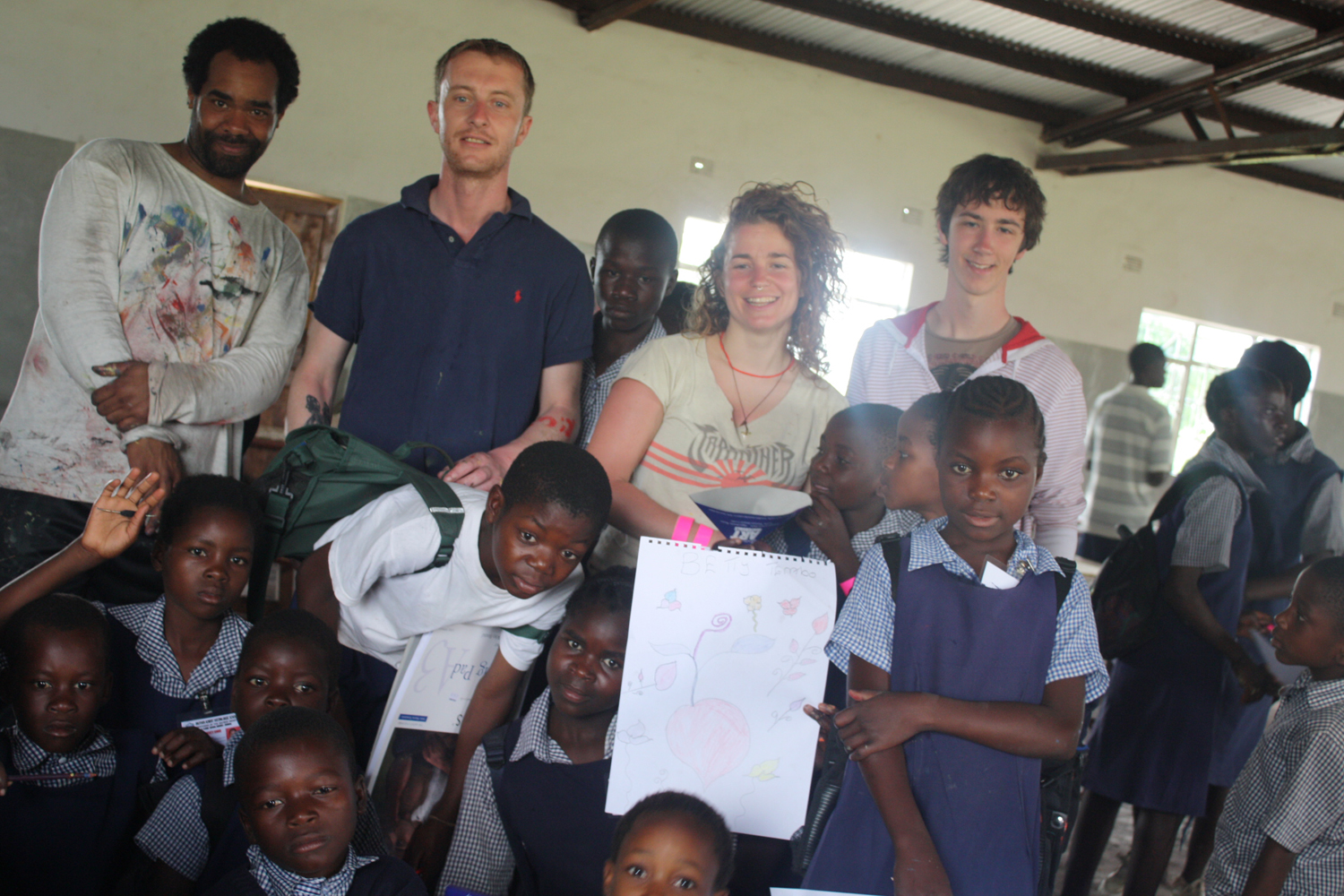 Recently Swoon (interviewed), Matt Small (interviewed), Mike Snelle from Black Rat Press (interviewed), and RJ Rushmore (from Vandalog) traveled to Zambia to work with students at the Robert Shitima School. The school allows orphans and children from nearby shantytowns to get free K-9 schooling. With the help of Zamcog, they were able to give art workshops on activities such as printmaking with lino-blocks, portrait painting, and collage to 200+ students. 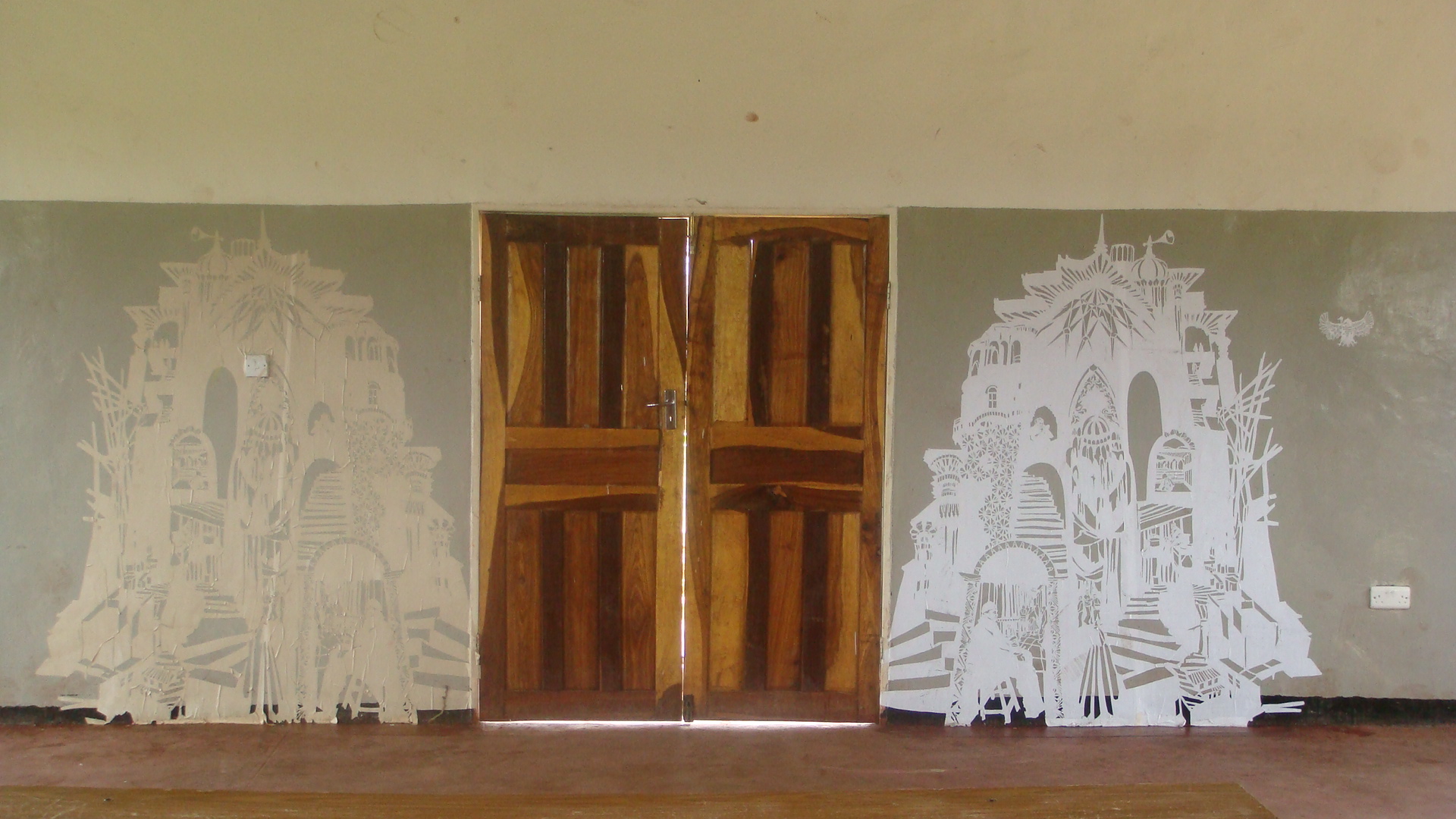 Mike Snelle’s thoughts on the trip:

Zambia was an amazing experience. The project came about chatting with a very good collector and friend who was mentioning their involvement with this school in Zambia. He is a collector and supporter of both Swoon and Matt and knows that their work can’t really be understood without grasping something about their commitment to trying to use their artwork for some wider purpose than exhibiting in galleries. The idea came about for them to make a trip to Zambia and run some art workshops at the school with the goal of making some portraits of the kids there and then auctioning them off at some later point as a fundraising event for the school. I got to tag along as their assistant.

The kids at the school were incredible. Most of them had lost either one or both parents to aids and a fair number of them were street kids. It’s difficult not to fall into cliché somehow but I think its fair to say that they taught us more than we taught them. Most of the kids who didn’t live at the School were from a nearby compound which we went to visit. Visiting where the kids lived and their families and seeing both the serious levels of poverty and the warmth and welcome of the people there was an intense experience. It also served to show how important projects like the Robert Shitima School are. This school provides not only an education but regular meals and a place to live for the kids who had been sleeping on the streets. 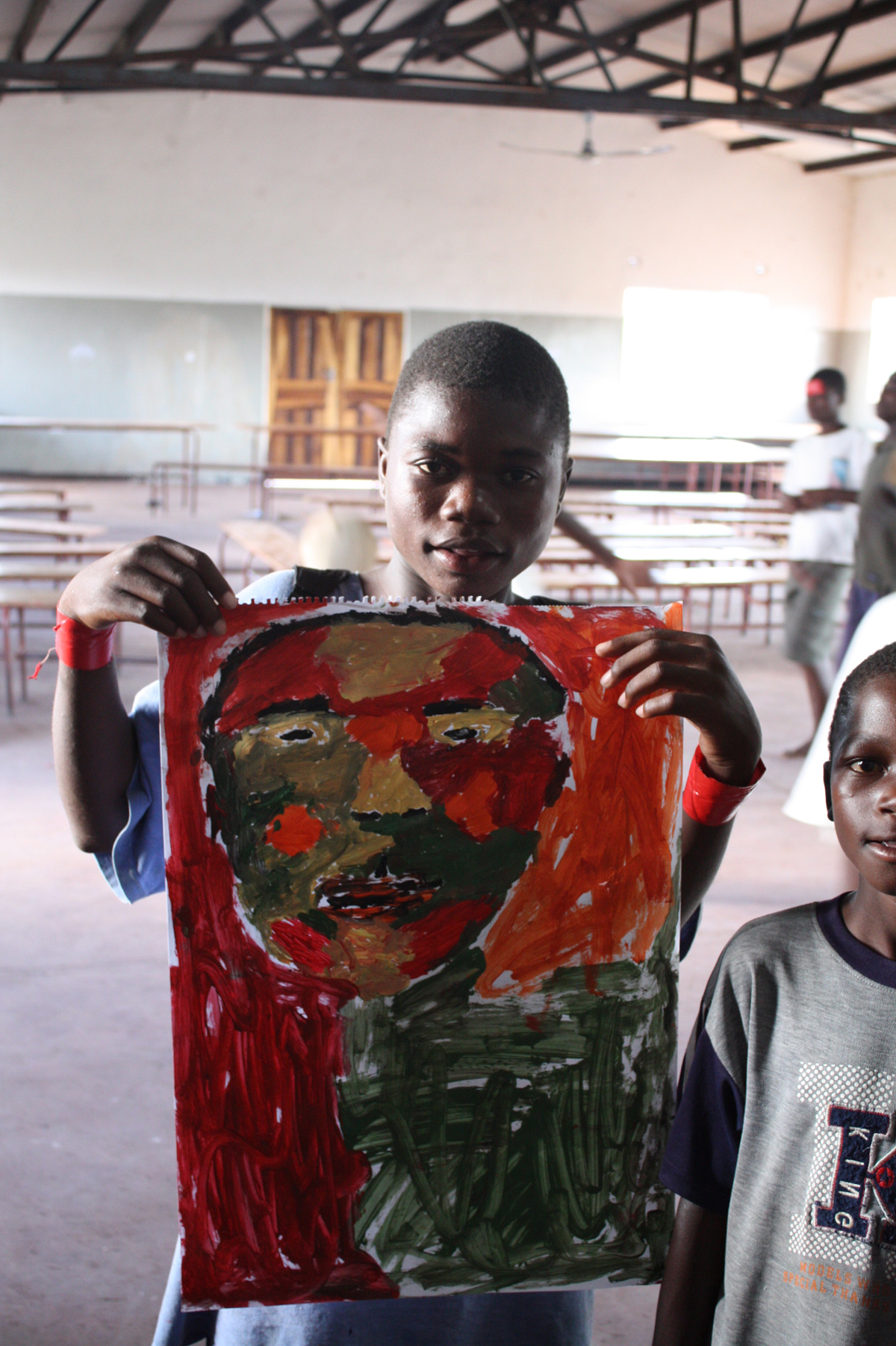 The workshops were chaotic and walked that fine line between free spirited and out of control mess making. Basically like they would be if you took any school aged group of 30 kids anywhere and left them in the sole care of 2 artists and a couple of not quite able assistants. But I think its fair to say that everyone had fun and participated and came out with a feeling of both having a good time and tapped into something that they didn’t get the chance to do everyday. It’s difficult to describe how much the kids engaged and let us join in with them and taught us about their lives and showed us things. They were unusually giving in their time and efforts and generous to our stumbling attempts to learn a few words and pathetic efforts at making clay cars.

Matt and Callie, along with RJ from vandalog, were the perfect group to go with, being talented, fun and having such a natural affinity with young people.

There was one afternoon where went to visit an aids hospice and orphanage for aids babies. Sometimes it was hard to even really notice the terrible poverty amongst the joy of the kids and warmth of the people but visiting the orphanage for babies made you realize just how desperate poverty can be. One of the babies there had only arrived the previous day and we were told that she had been found discarded in the bin during the rainy season. She had been there a few days before being found.

To educate and feed the 250 children at the Robert Shitima School costs around £500 per child per year. It’s a mind numbingly low figure for everything the school offers.

Our plan is to stay involved and hopefully visit again.