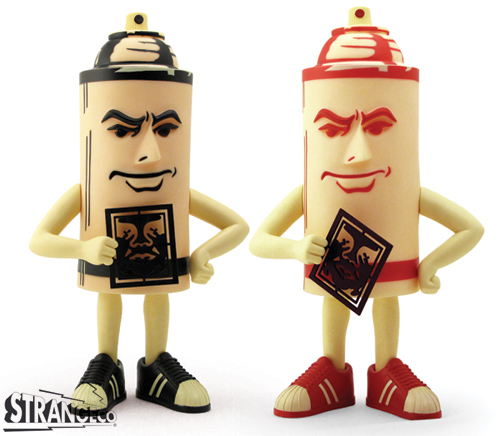 Hot on the heals of his blowout solo in SoHo (covered), Shepard Fairey has announced that his Mr. Spray is finally being released, after we brought you a first look at the figure when we visited his studio in 2008. Mr. Spray, originally conceived of in 2004 as a 50’s-era advertising mascot, will be rendered in 3-dimensions by acclaimed vinyl toy masters, STRANGEco. Standing 11″ tall and fittingly bundled with a mini Andre the Giant stencil, the iconic character will be produced in four limited edition colorways; Black (350 pieces), Red (350 pieces), Gold (200 pieces, Obey Exclusive), and Silver (100 pieces, STRANGEco Special Edition).

The Black and Red figures went on sale yesterday, June 6th, at STRANGEco’s online retail store for $84 a piece. No release info has yet been provided by Obey for the Gold, but the Sliver will be released at San Diego Comic Con later this month. More images after the jump… 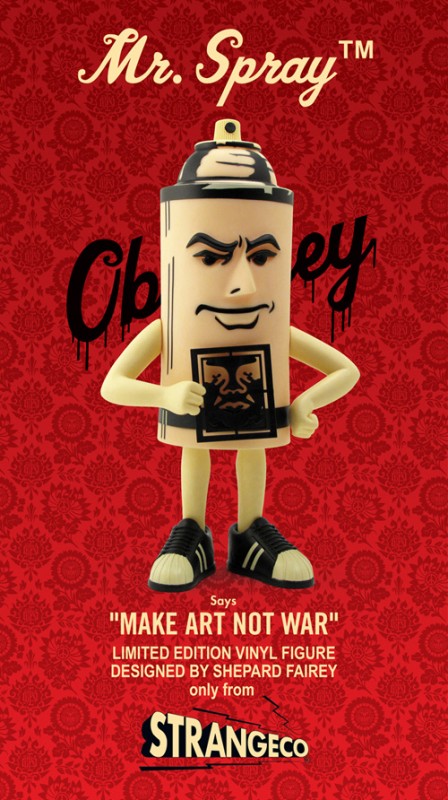 For even more images and details on this release, go here.
Discuss Shepard Fairey here.