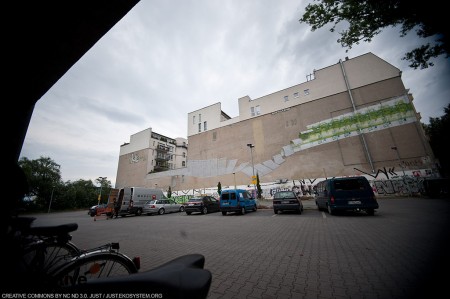 Blu, whose stunning mural in Warsaw we recently pointed out, apparently was also in Berlin. The Italian street artist, who likes to work in large scale, put up a more simple piece, but no less poignant. With what looks like a representation of the Berlin Wall coming down, there also appears to be a wall of Euro’s that replaces it or is also about to fall, depending how you look at it. Is he referring to the unity of Europe (represented by the Euro) that obviously was helped when the wall fell or is it an allegory to the recent instability of the European markets and questions as to whether Germany will stay with the Euro?  You be the judge.

To appreciate this piece more, take a look at more detailed pics after the jump… 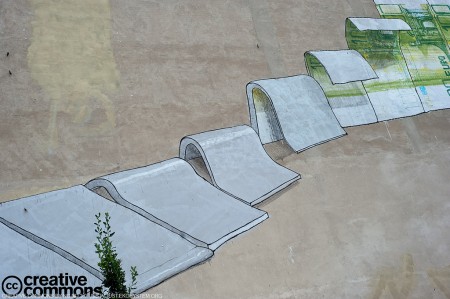 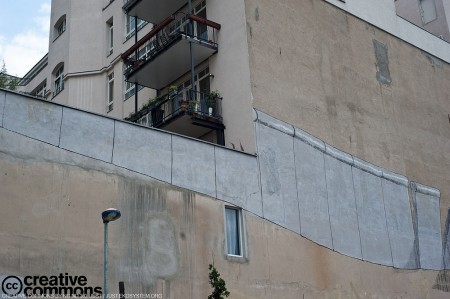 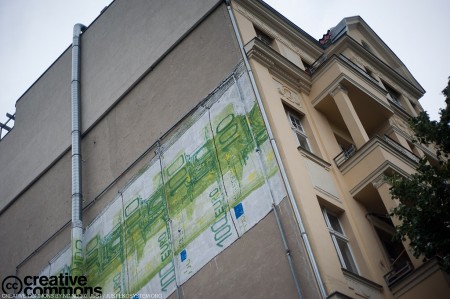 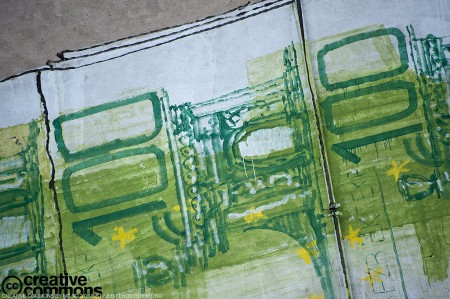