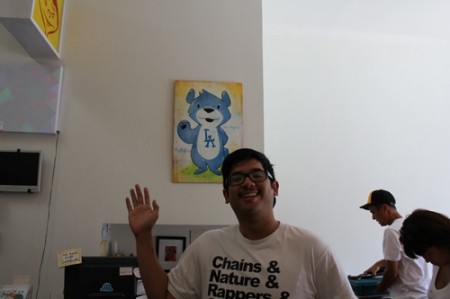 LA-based artist Philip Lumbang, who developed his craft as an assistant to Shepard Fairey (featured), recently opened a show at Giant Robot 2 on Sawtelle St.  After satisfying some of his needs for working on the streets, Philip brings his signature “polite bear” character indoors for a new body of work entitled “Adventure! This time, the artist whose hand-painted and subject matter provide a stark contrast to the often testosterone fueled world of street art, has put together a collection of works on wood and found objects.

Take a look after the jump… 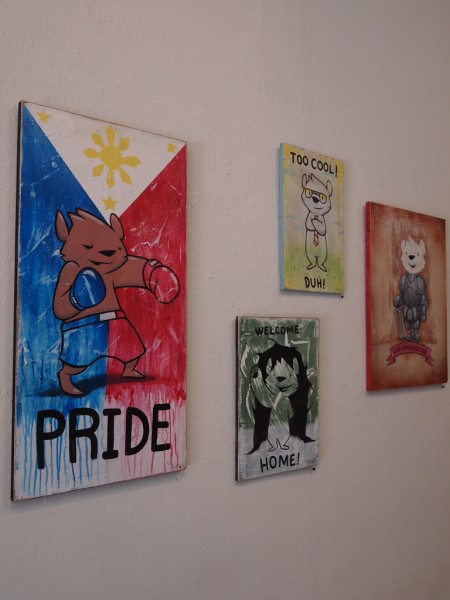 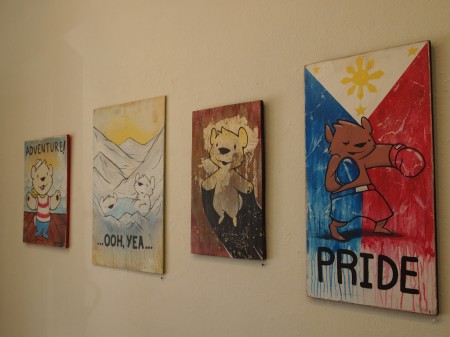 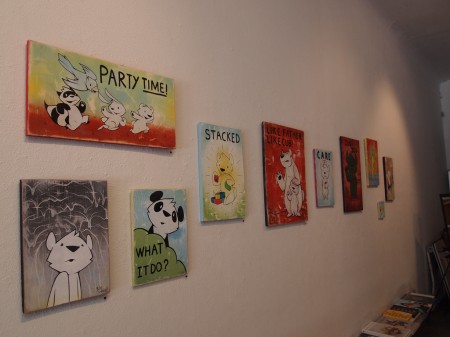 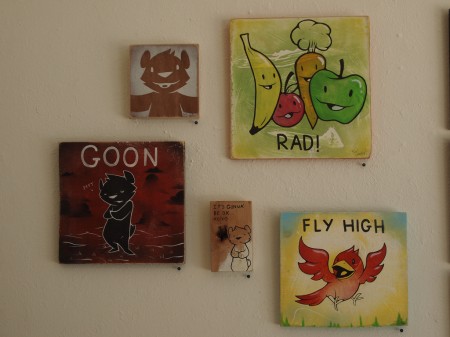